THE FLATS. – Georgia Tech’s men’s swimming & diving program was ranked as the No. 22 team in the most recent NCAA Division I Poll by the College Swimming & Diving Coaches Association of American (CSCAA) released on Thursday morning by the association. 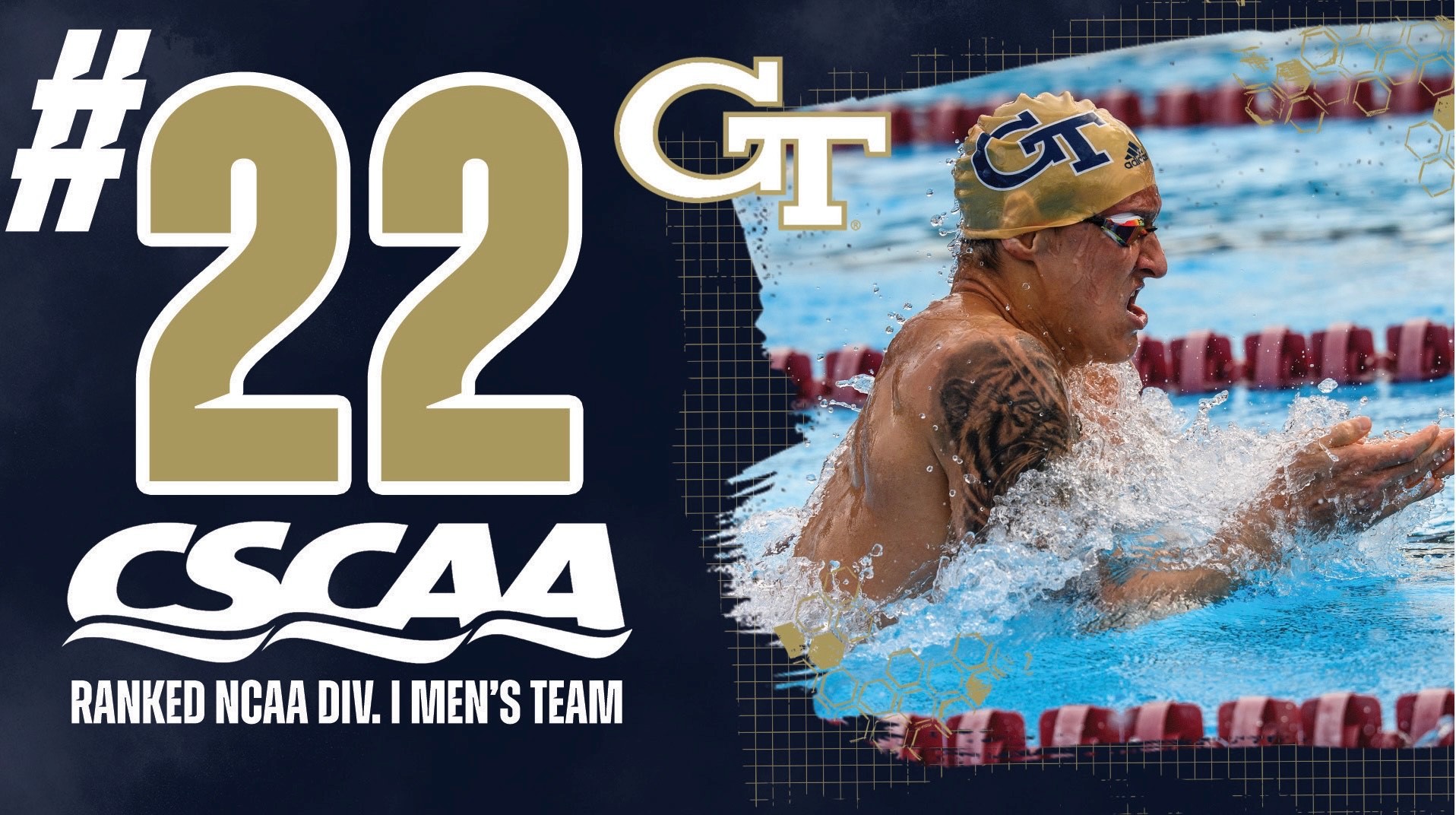 So far, the 2020 fall campaign has seen Tech compete at two intrasquad meets, a dual meet with FSU and currently at this week’s UGA Invitational in Athens. Tech is facing off against No. 3 Georgia & No. 16 Florida State at the Invite.

The men’s 400 medley relay team recently broke the school record & earned an NCAA ‘A’ qualifying time in that event on the opening night of finals at the Invite on Wednesday, clocking in at 3:05.89.

Multiple men’s student-athlete’s have earned NCAA qualifying standards throughout the falls eason. Seniors Caio Pumputis & Christian Ferraro each obtained NCAA ‘B’ qualifying times at the FSU Dual Meet in the 200 Breast and 200 Fly, respectively. Junior Kyle Barone & Ferraro in the 50 Free, as well as freshman Batur Unlu and junior Clark Wakeland in the 500 Free, have each also met NCAA qualifying standards.

Sophomore diver Ruben Lechuga earned Gold in the 3m competition at the FSU Invite, while taking Bronze in the 1m at the UGA Invite yesterday.

Tech will look to continue its top-25 battle in Athens against the No. 3 Bulldogs & No. 16 Seminoles throughout the rest of the week.