THE FLATS  –  Georgia Tech finishes a stretch of three games in six days Saturday afternoon when it hosts state rival Georgia for a noon contest at McCamish Pavilion.

Tech (6-4), in its third season under head coach Josh Pastner, is 5-1 at home this season, dropping its most recent game at McCamish Pavilion, 79-69, on Monday following an eight-day break for exams. But the Yellow Jackets rebounded by winning its first road game of the year, 69-65 over Arkansas, Wednesday night. Tech had lost at No. 5 Tennessee and Northwestern, as well as a neutral court game to St. John’s.

Georgia (6-4), in its first season under head coach Tom Crean, lost its only other true road game, an 81-77 decision at Temple in the Bulldogs’ second game of the season. Georgia’s wins have come against Savannah State, Sam Houston State, Illinois State, Kennesaw State, Texas Southern and Oakland.

Saturday’s game will be televised live on ESPNU, and streamed live through the ESPN app. Radio coverage is provided on the Georgia Tech IMG Sports Network, airing in Atlanta on 680 AM and 93.7 FM the Fan. The Tech broadcast is available on satellite radio (XM ch. 382, internet ch. 973). 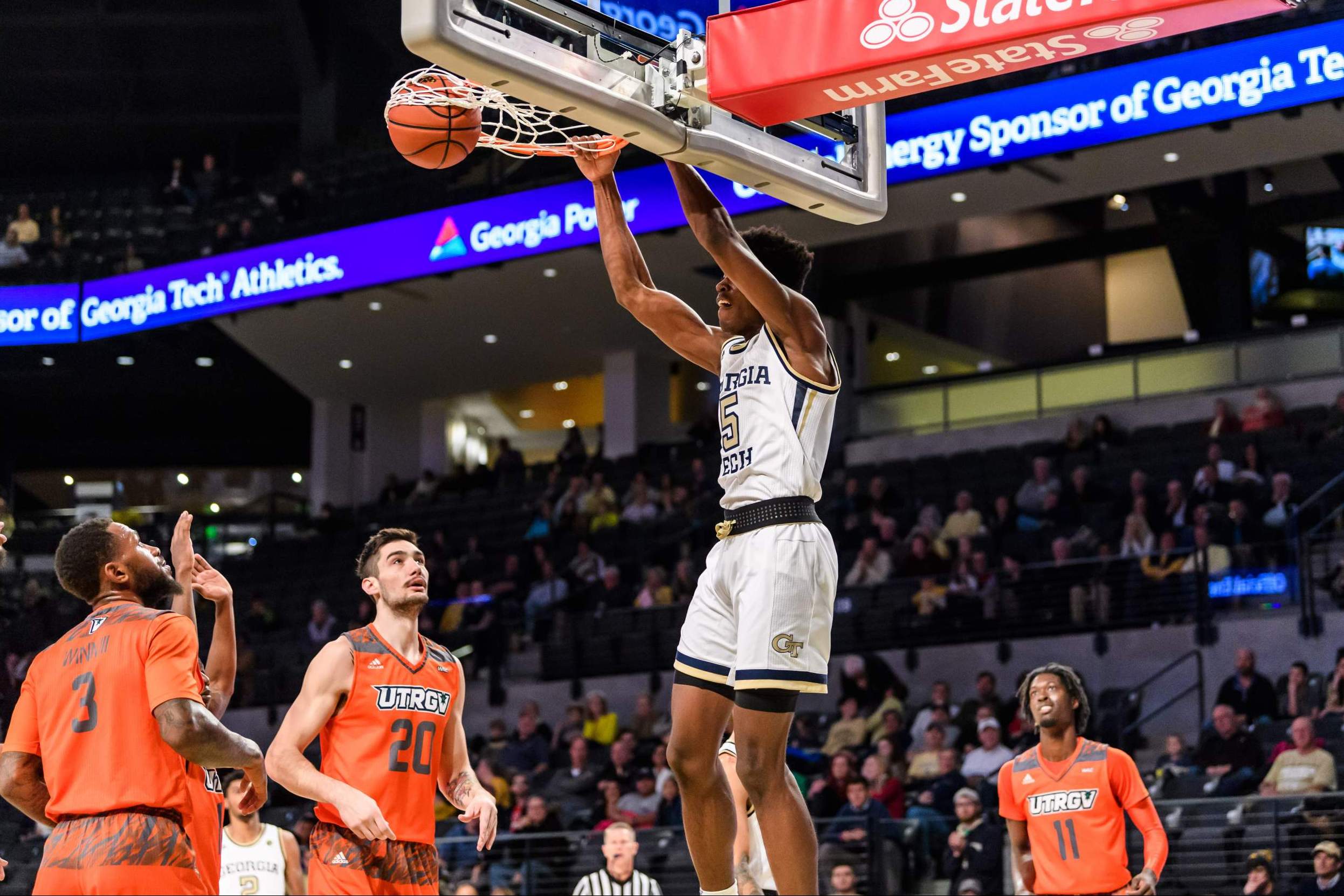