THE FLATS – Georgia Tech started off the new year on a high note, sweeping its doubleheader against Georgia Southern on Sunday at Ken Byers Tennis Complex. Tech took the first match 7-0 before winning the second, 4-0. With the wins, the Yellow Jackets open the season 2-0.

“It is great to finally start the team season,” said head coach Kenny Thorne. “We actually were fortunate to get one indoor and one outdoor match in today and I like that for preparations for future matches. Our doubles has improved drastically since the fall. Some teams are starting to complement each other well. We needed to lock in better in some areas in singles but overall it was a solid day.  Next weekend will be some great tennis during MLK weekend so looking forward to those matches.”

In its first match of the day, Georgia Tech got off to a strong start in doubles as Andres Martin and Keshav Chopra cruised past Alexandros Roumpis and Carlos Garcia, 6-1, before Marcus McDaniel and Pablo Schelcher clinched the doubles point with a 6-3 win over Jonathan Morales and Pascal Wagemaker. Martin, who competed on court one in both singles matches today, got the Jackets rolling with a 6-0, 6-1 win over Murphy McCullough. McDaniel followed suit, topping Morales, 6-1-6-0, and Chopra clinched the win for the Jackets with a 6-2, 6-3 win over Neil Kandhai. Schelcher, Chris Yun and Cole Gromley also picked up wins in singles to give Tech the 7-0 victory.

The Yellow Jackets moved outdoors for the second half of the doubleheader, but picked up right where they left off, clinching the doubles point with wins from McDaniel & Schelcher, 6-1, and Brandon Freestone and Yun, 6-2. Martin picked up another win in singles, finishing off Wagemaker, 6-2, 6-2. Freestone took care of business next, defeating Santiago Suarez, 6-3-6-1. It was McDaniel who clinched the win for the Jackets this time around, with a 6-4, 6-3 win over McCullough.

Georgia Tech will be back in action next weekend when it hosts the MLK Invitational Tournament from January 18-20 at Ken Byers Tennis Complex. 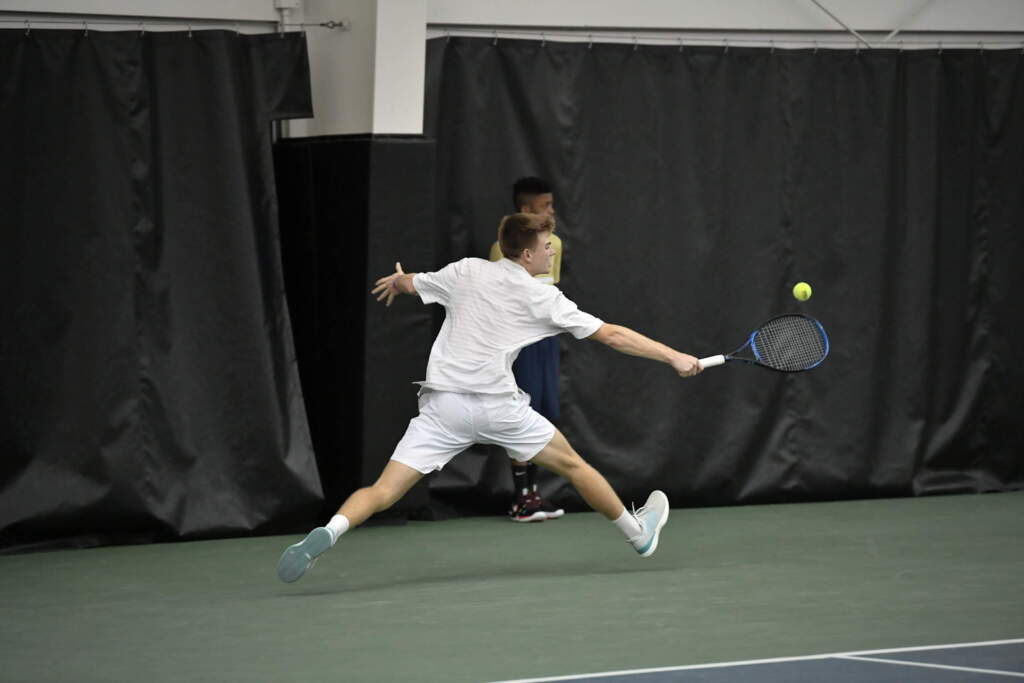 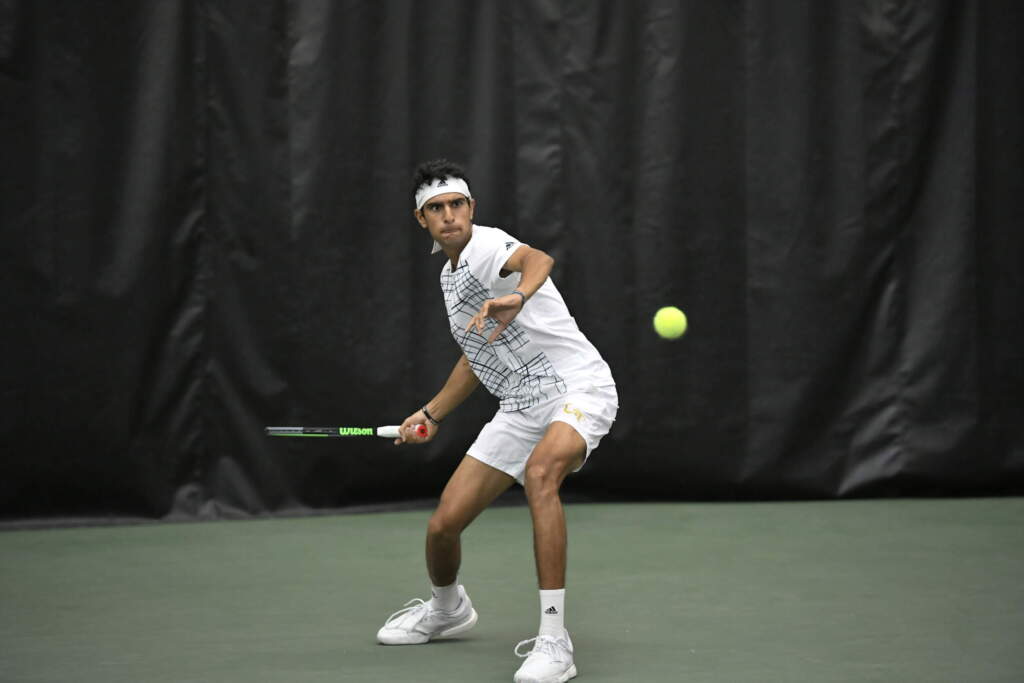 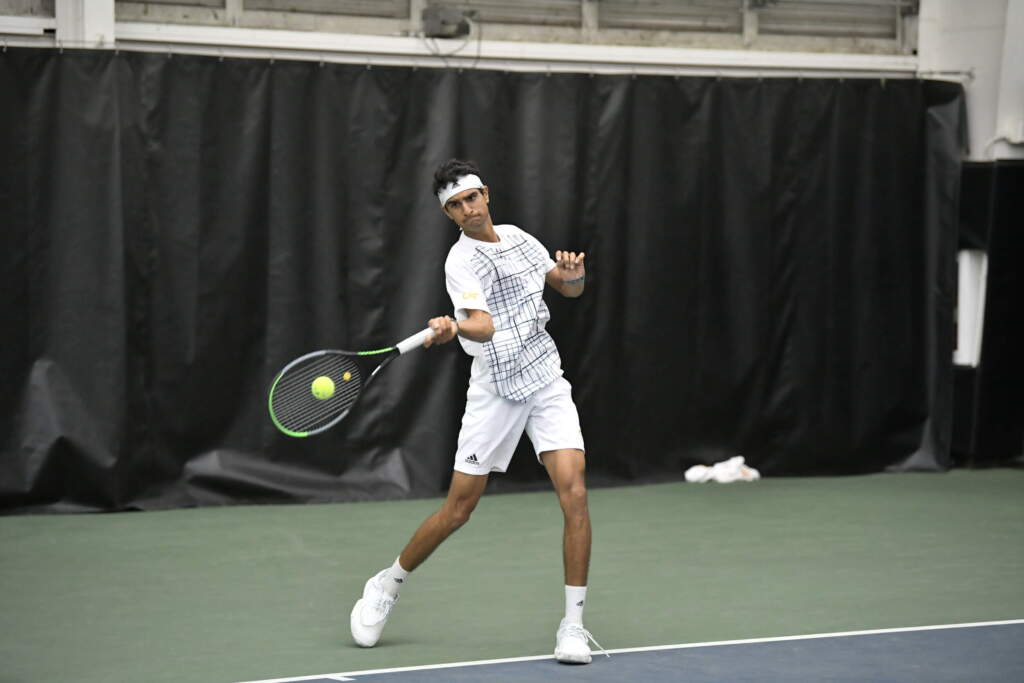 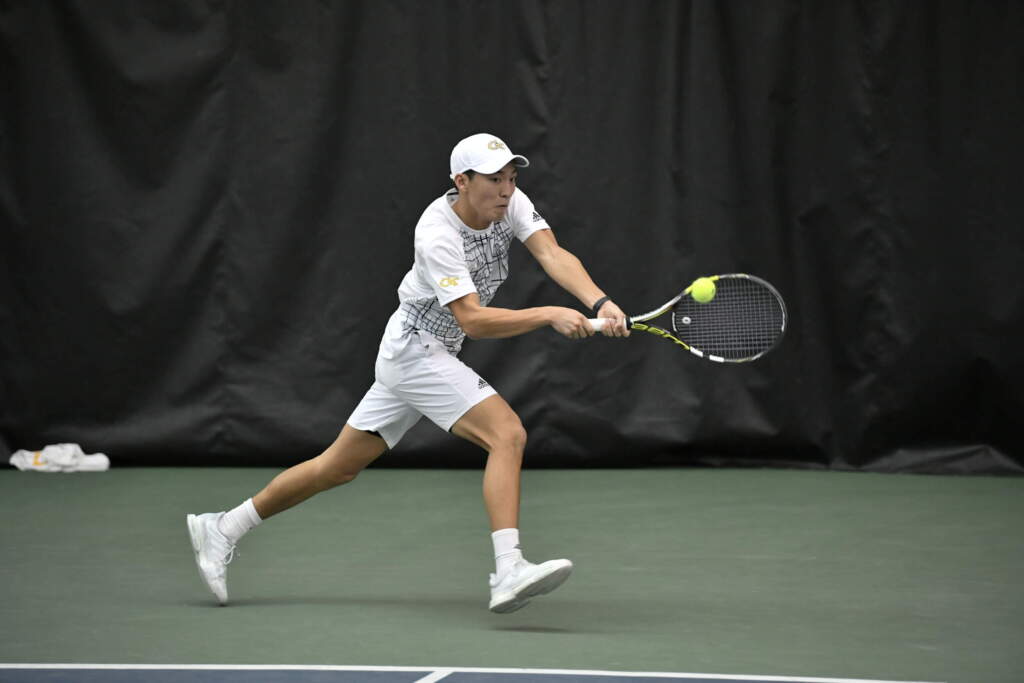 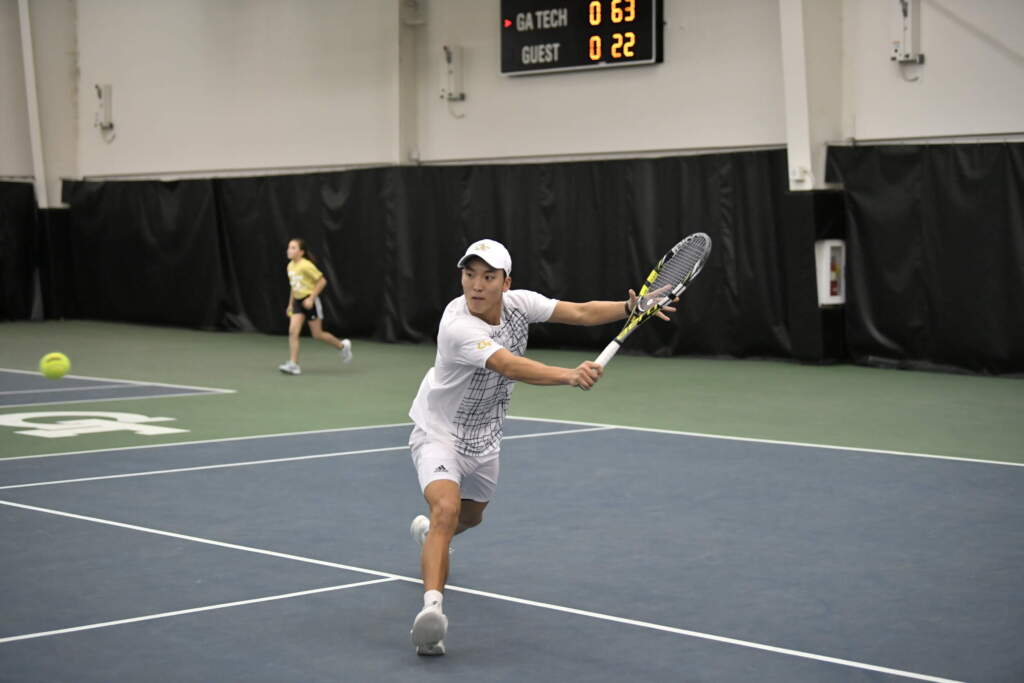 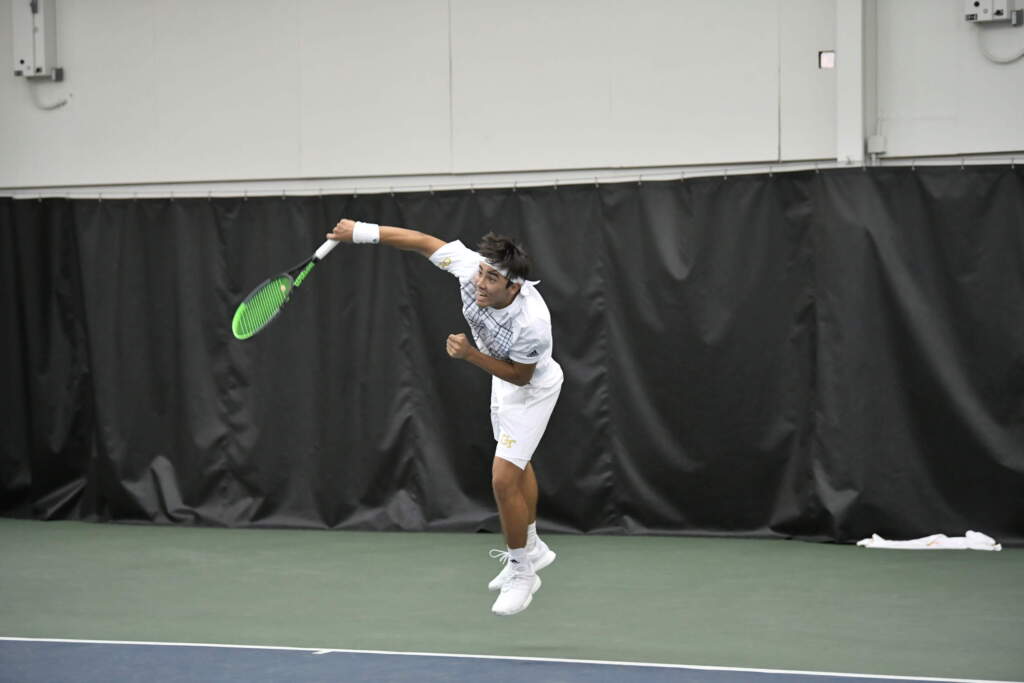 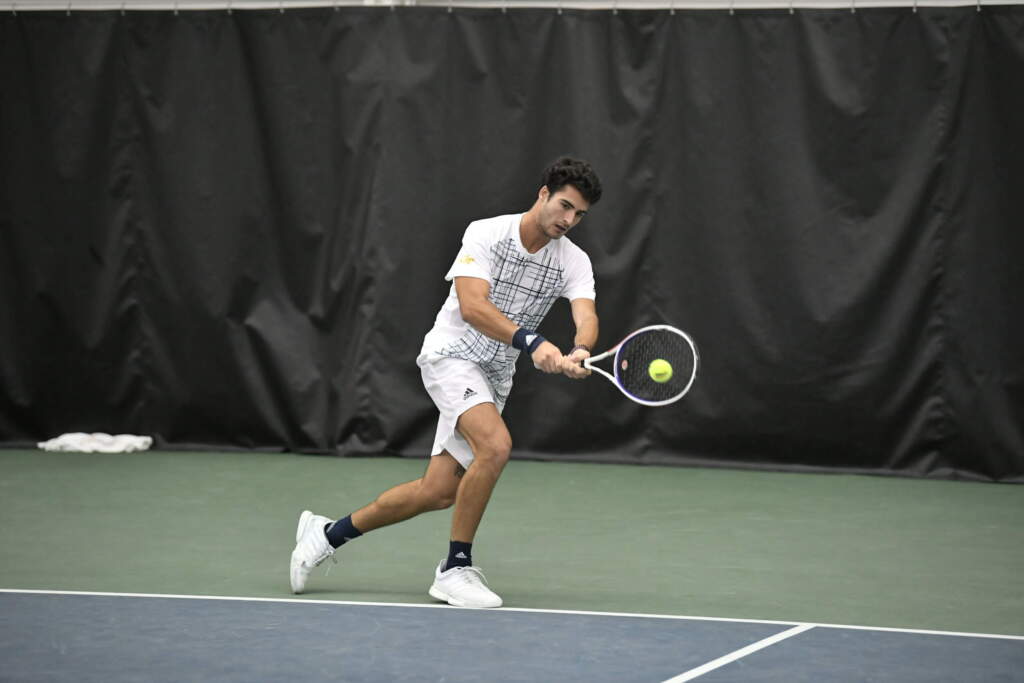 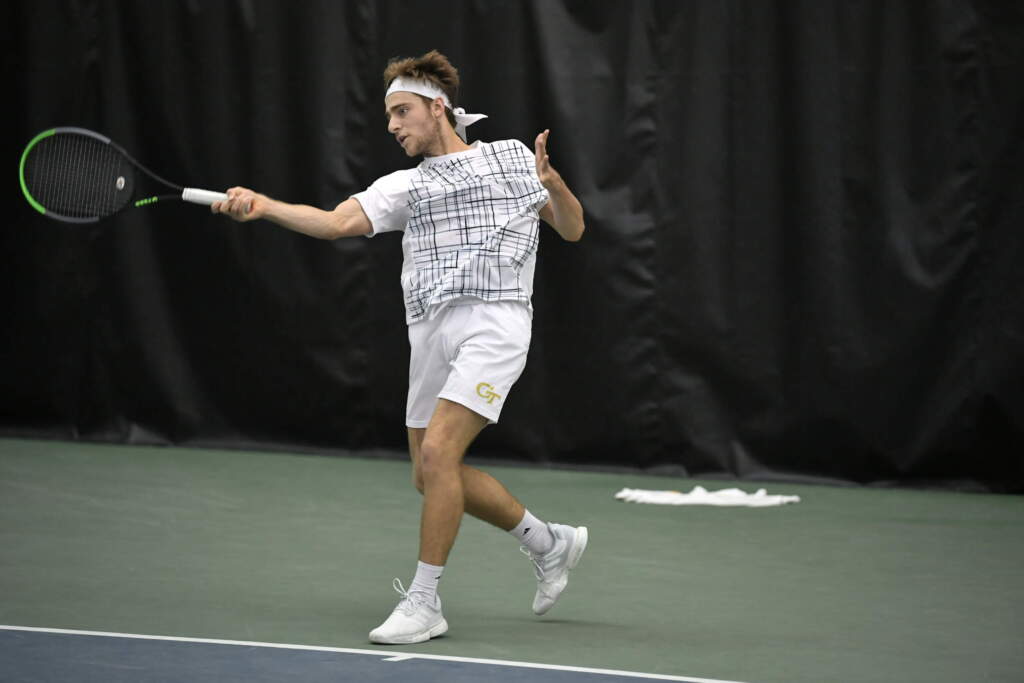 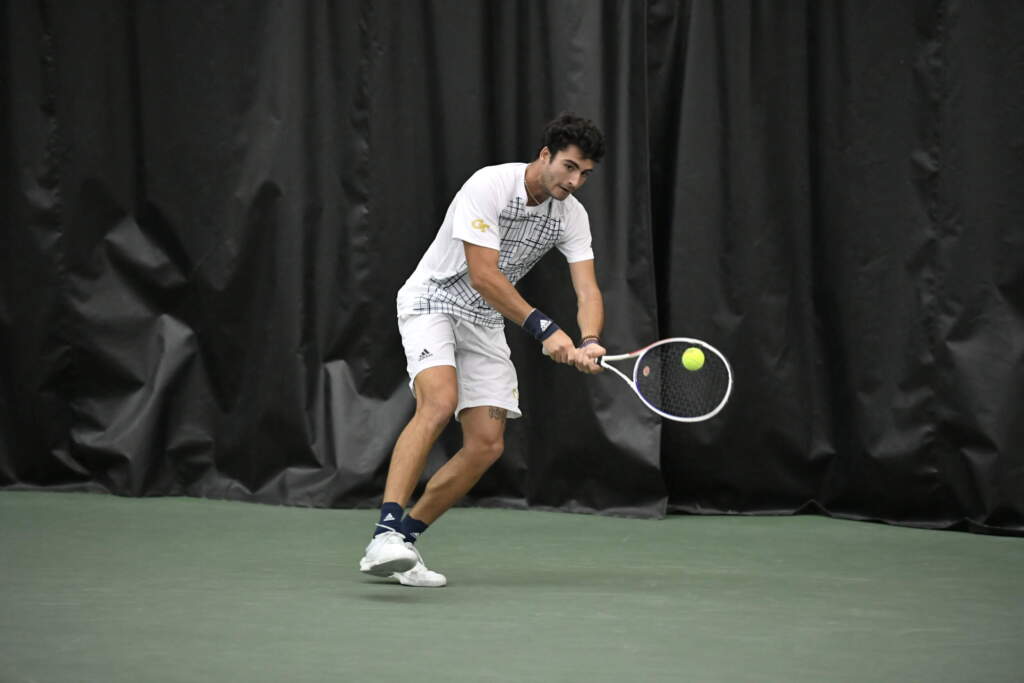 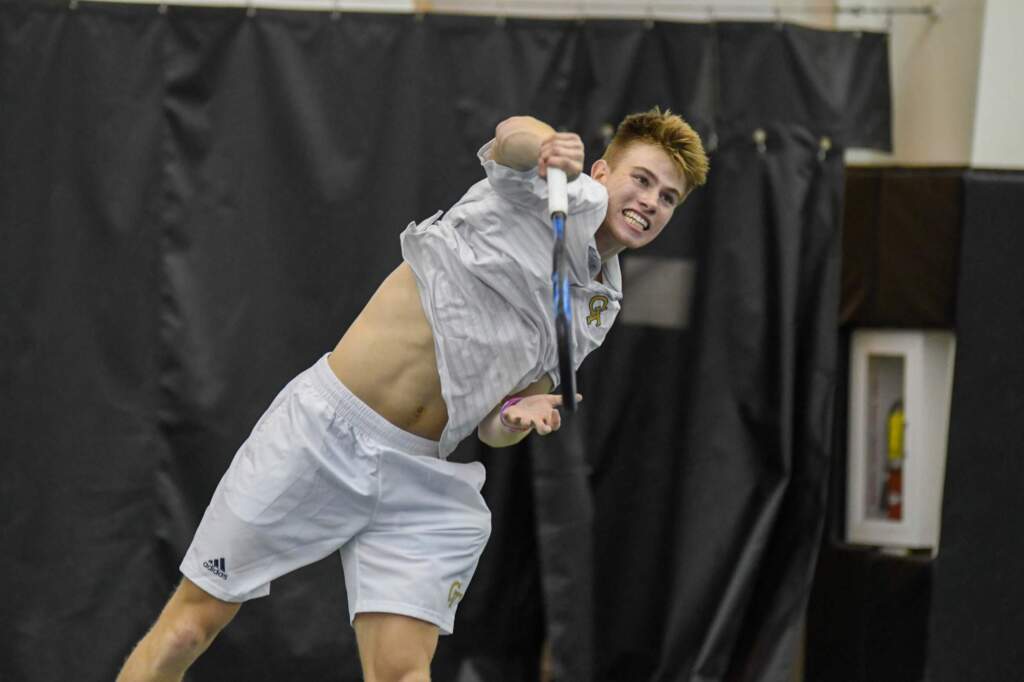 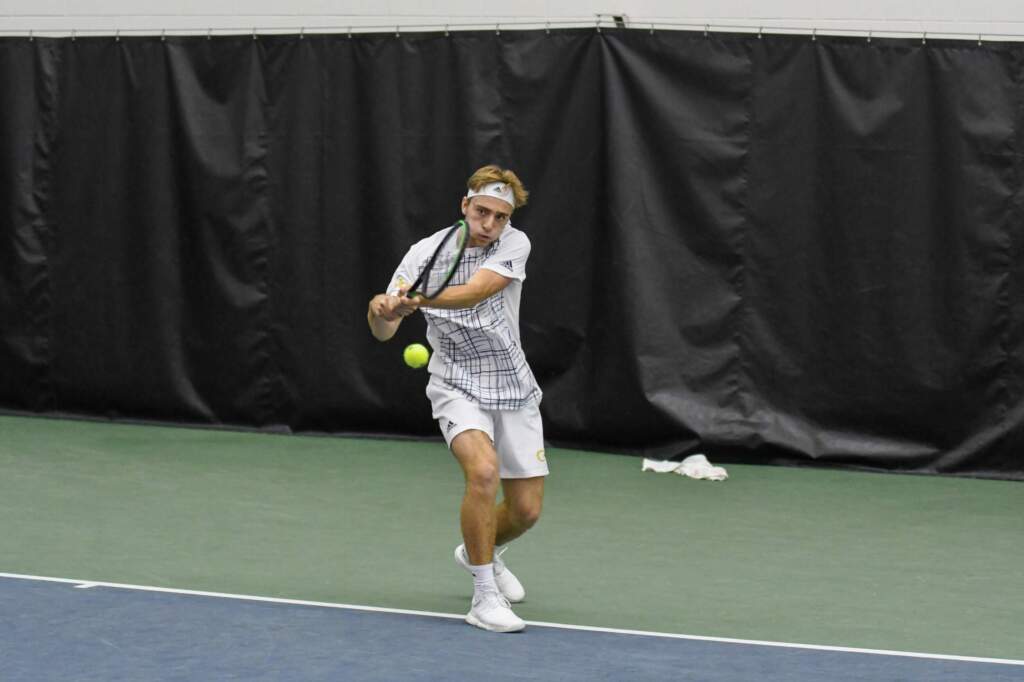 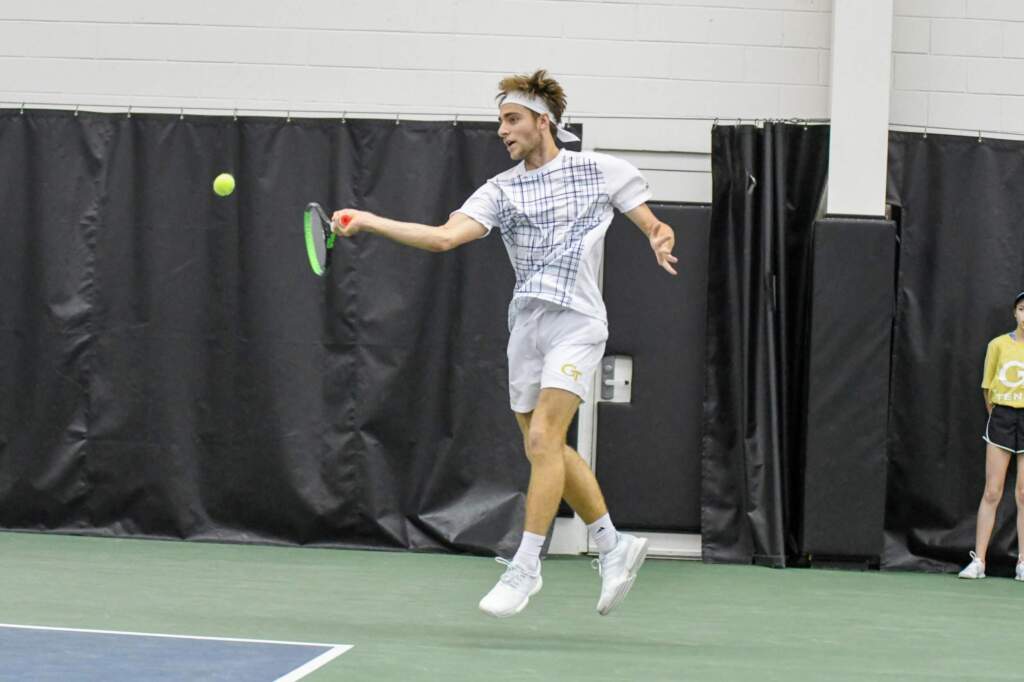 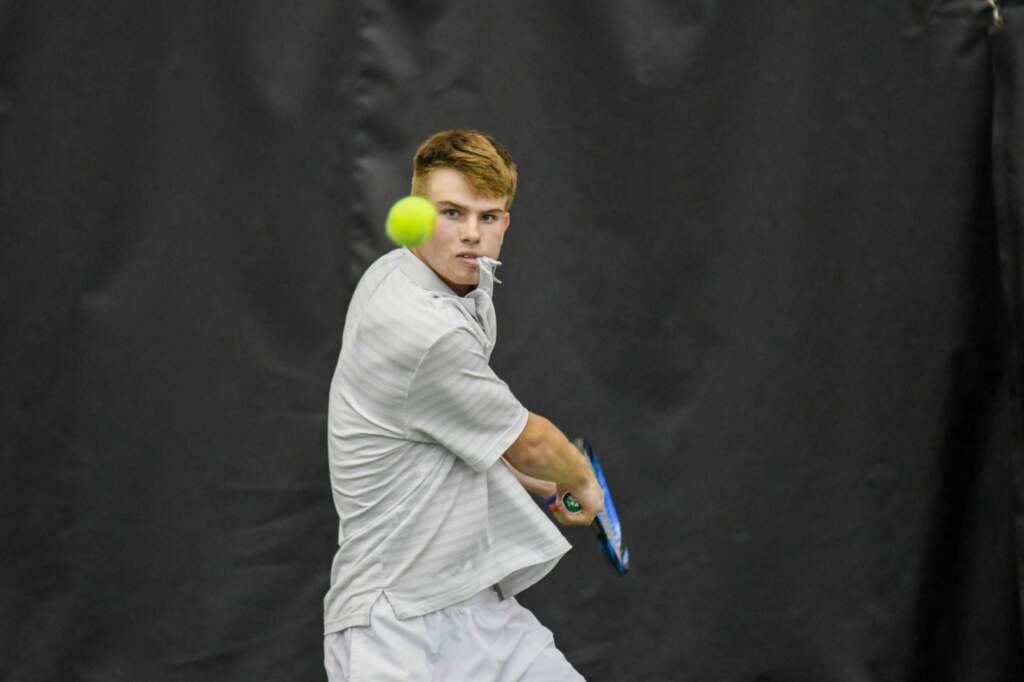 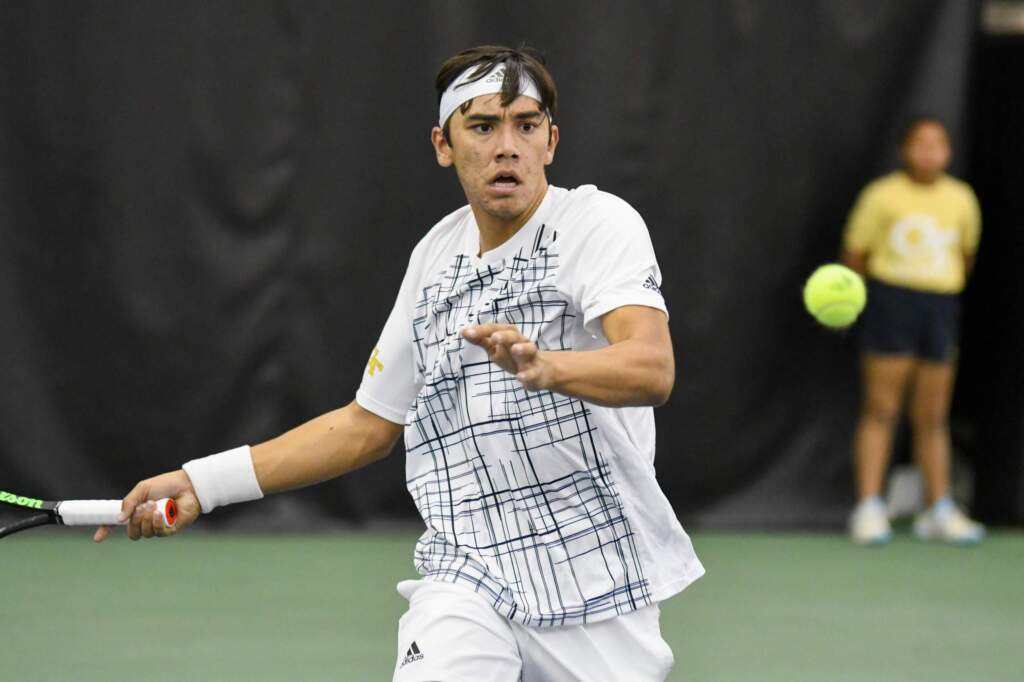 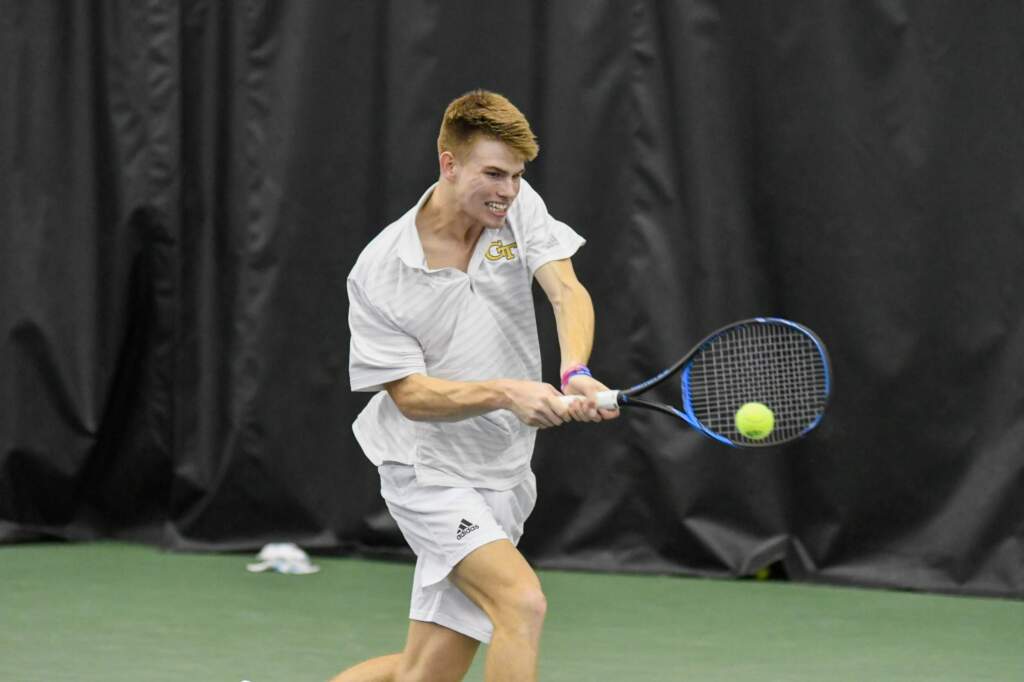 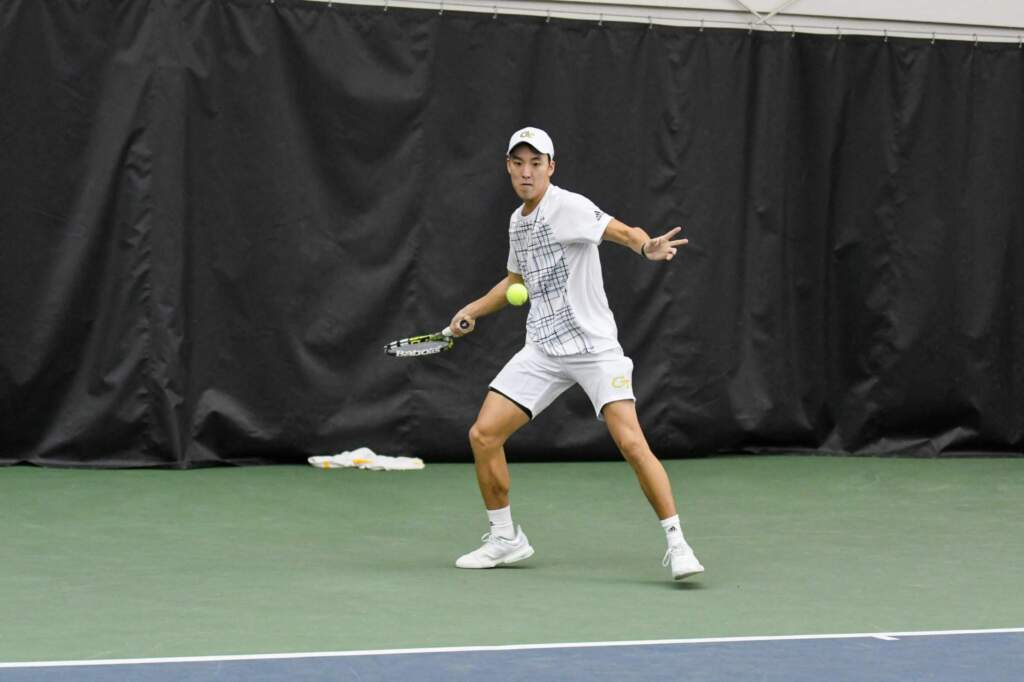 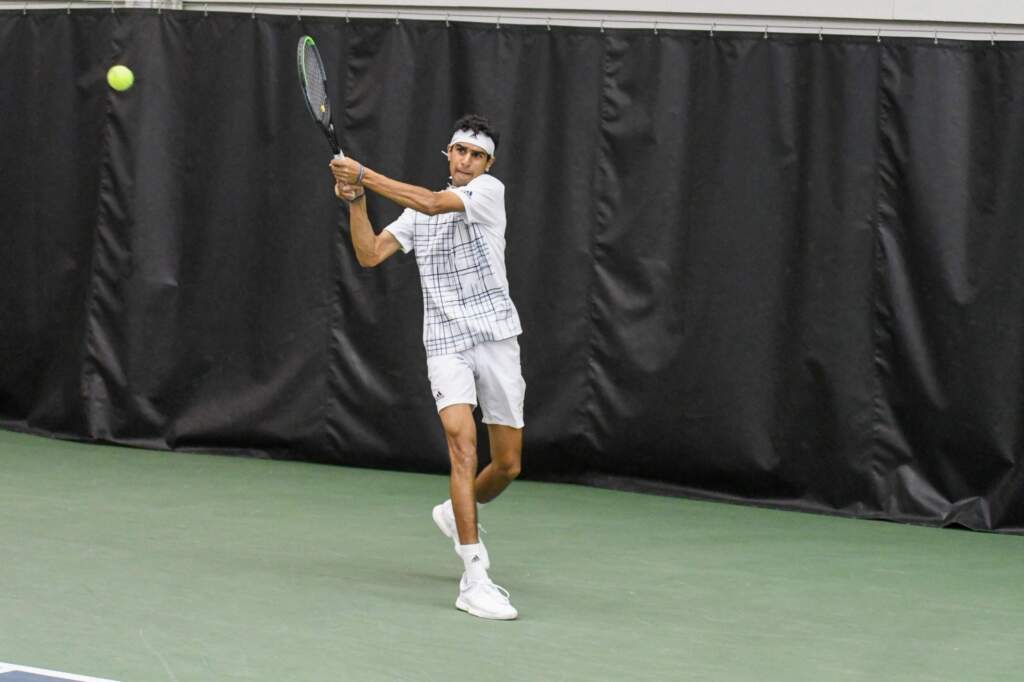 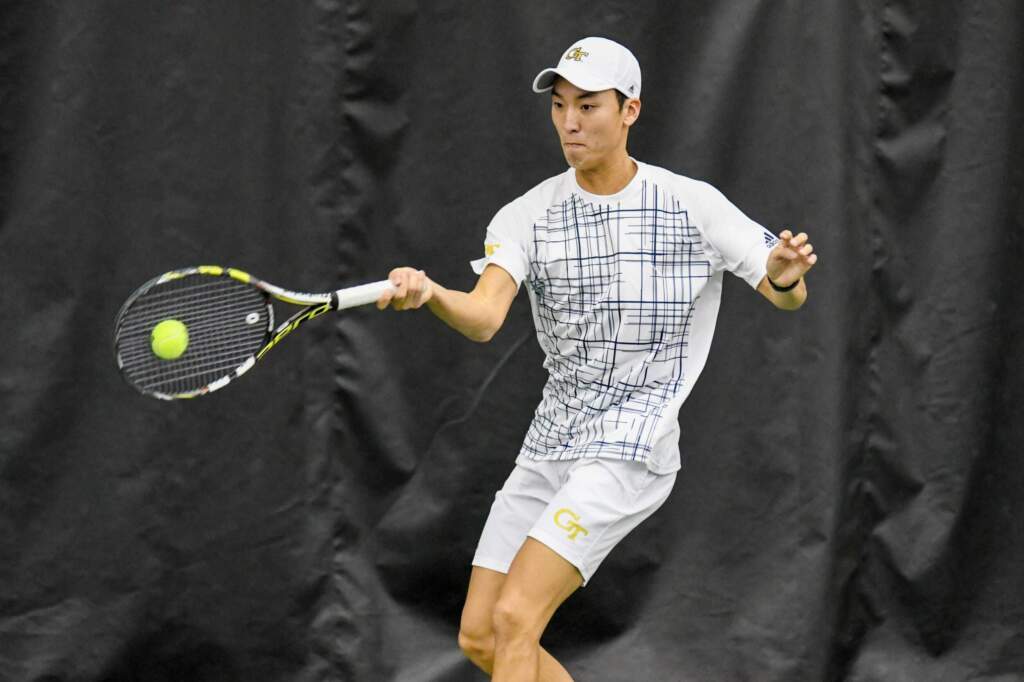 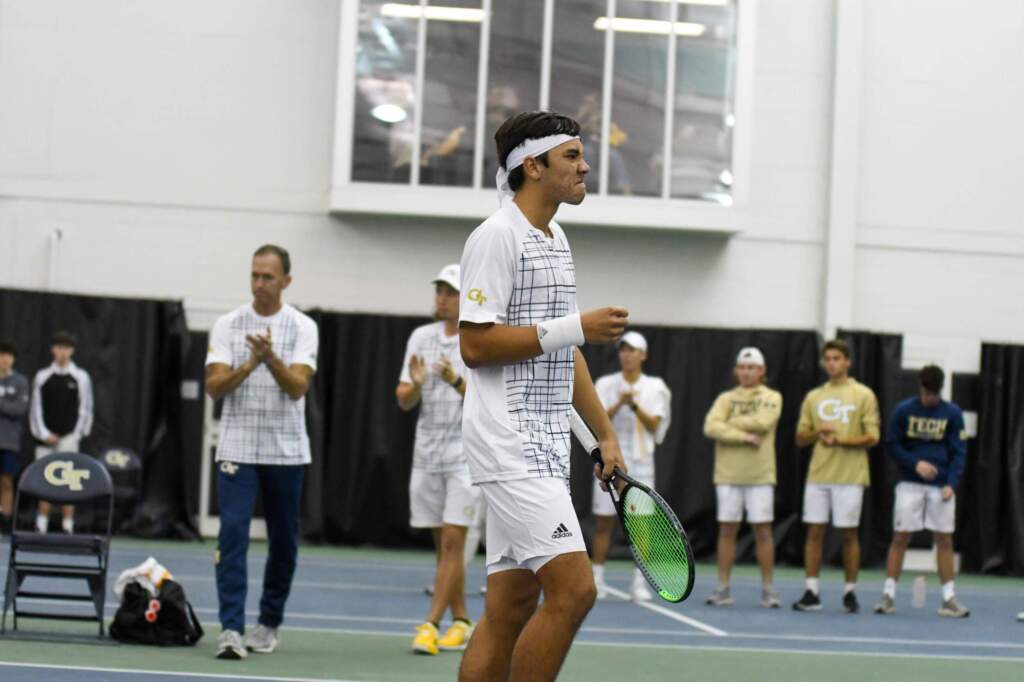 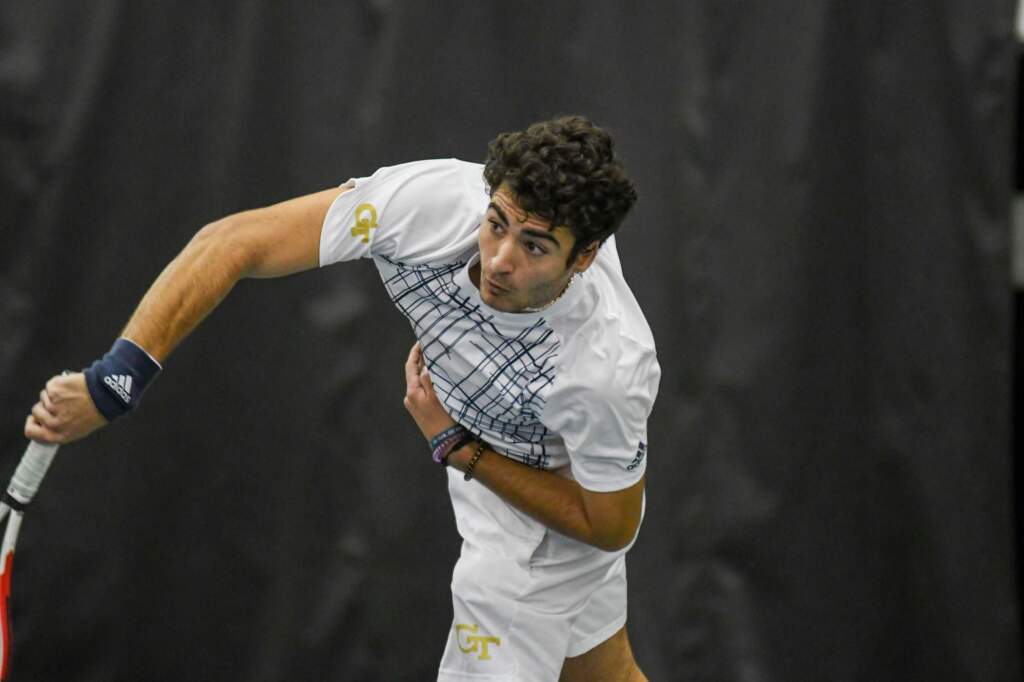 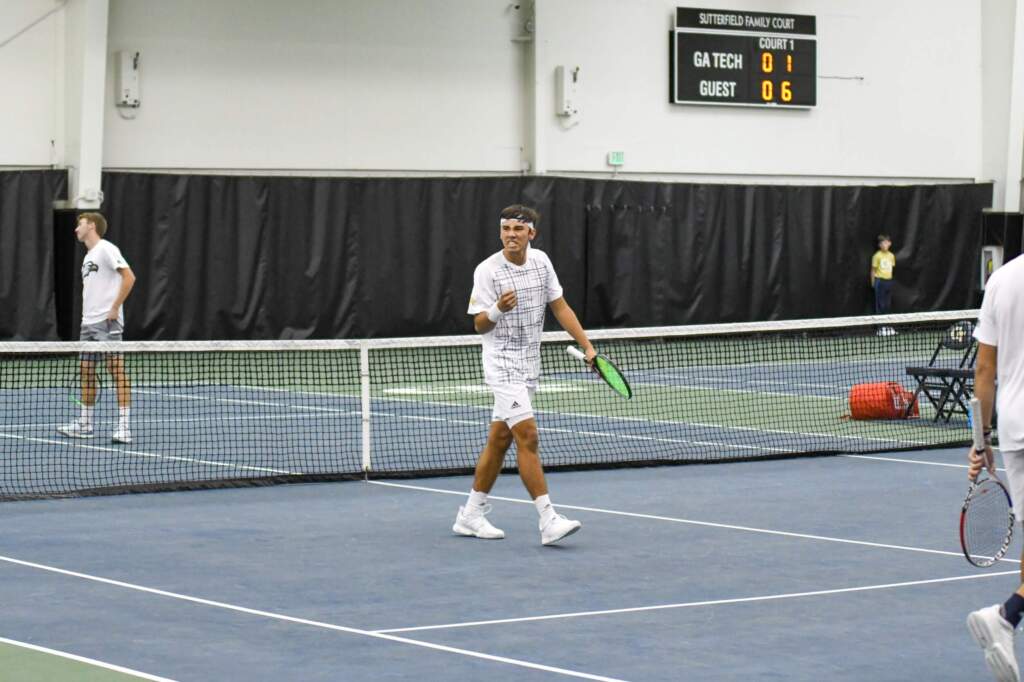 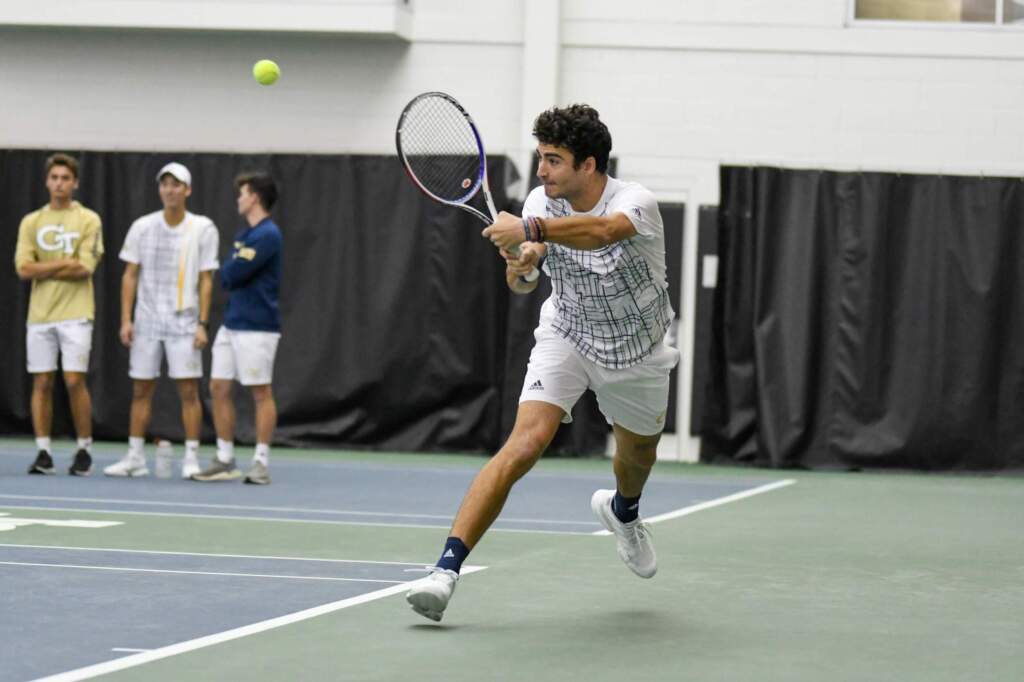 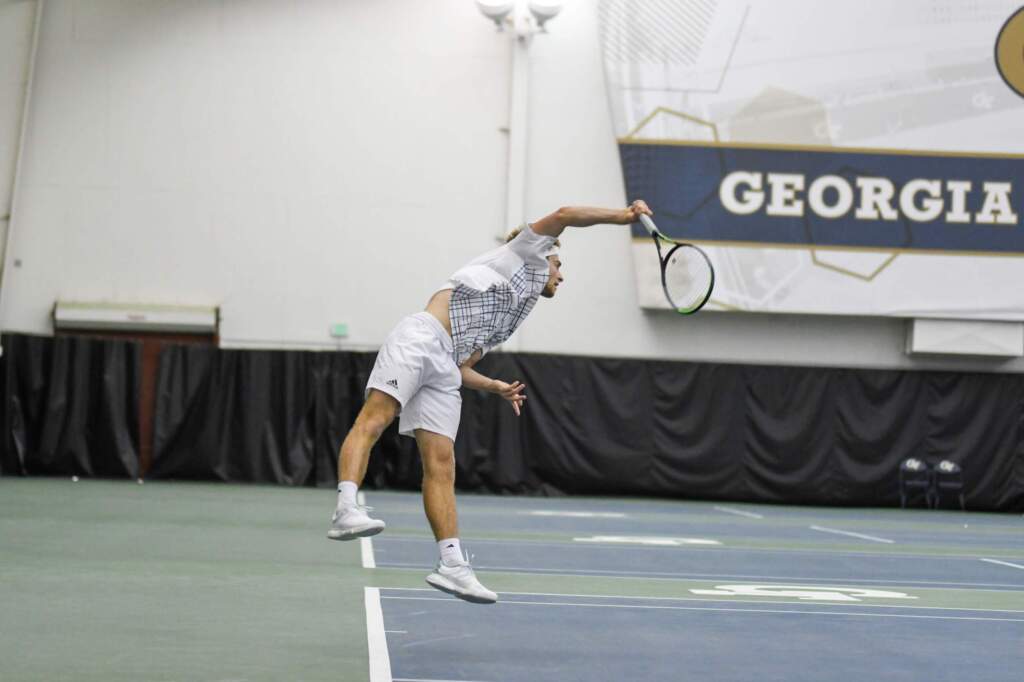 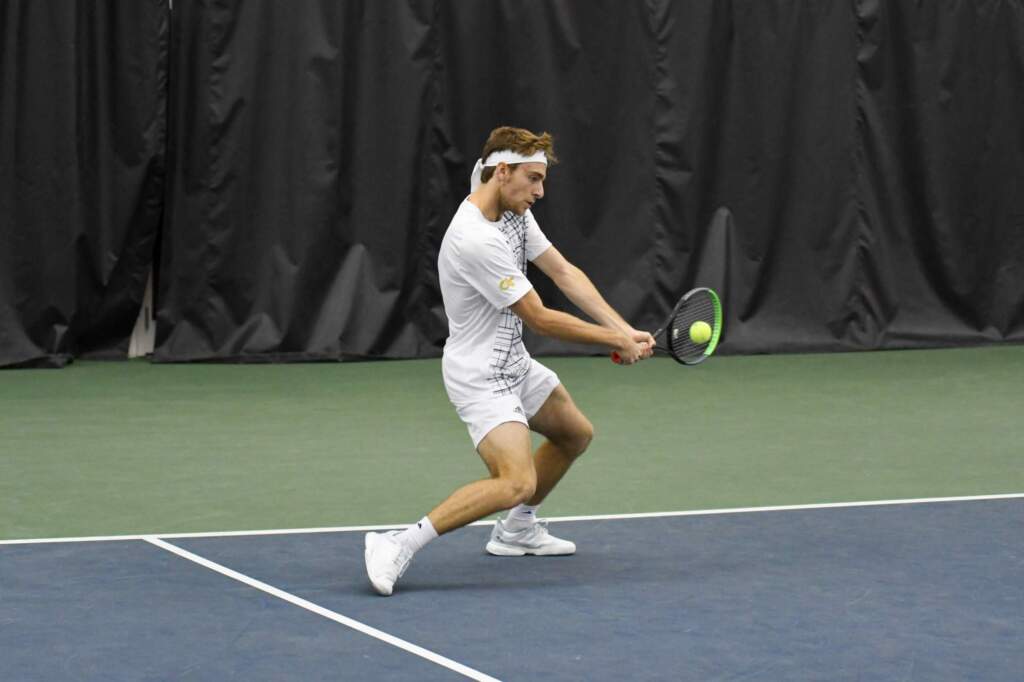 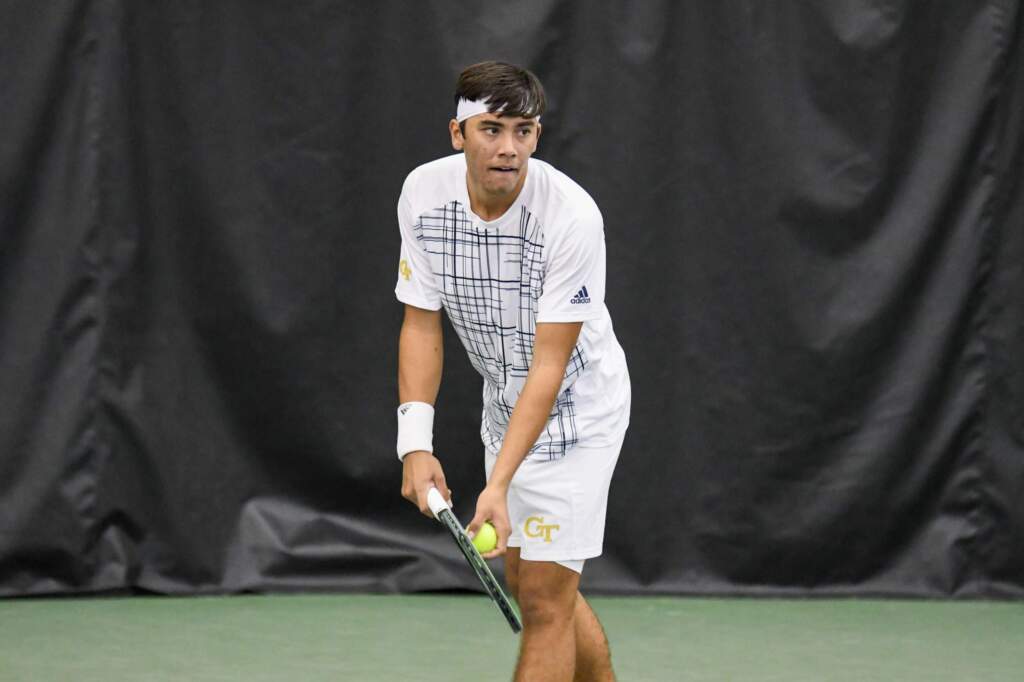