THE FLATS –  Celebrating its five seniors with a pregame ceremony, Georgia Tech volleyball (19-8, 12-4 ACC) topped Clemson 3-1 in front of a packed out crowd in O’Keefe Gymnasium on Friday night. 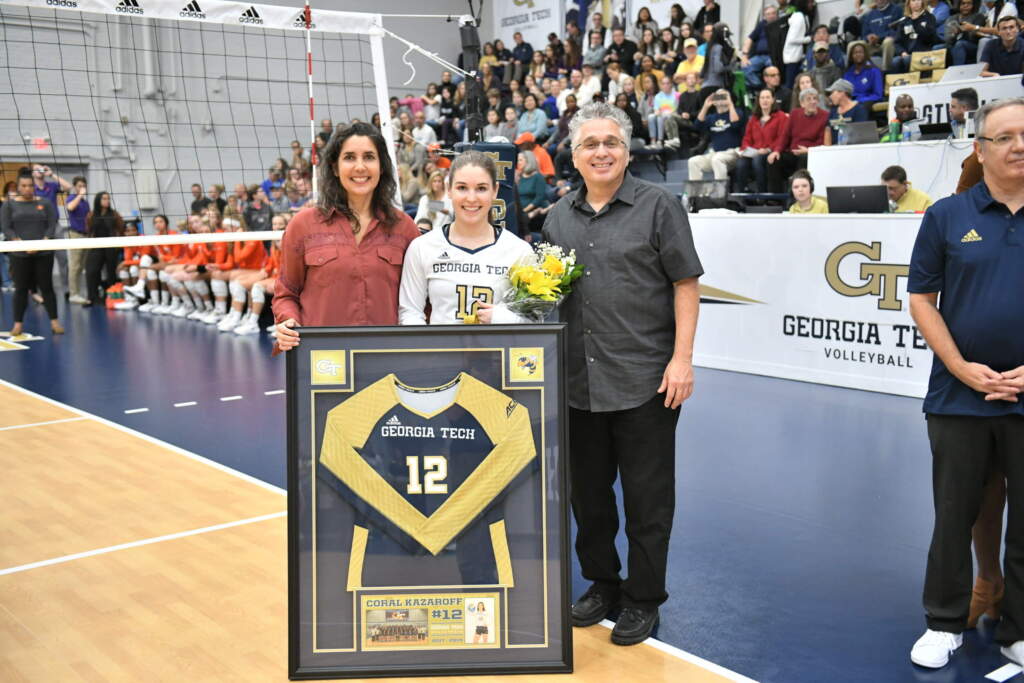 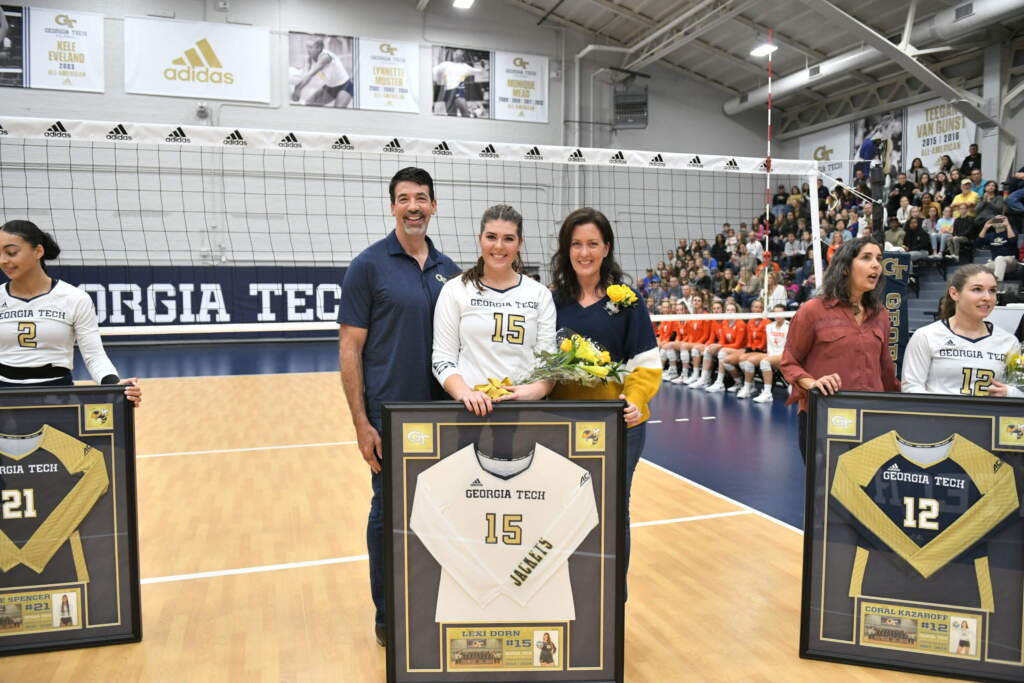 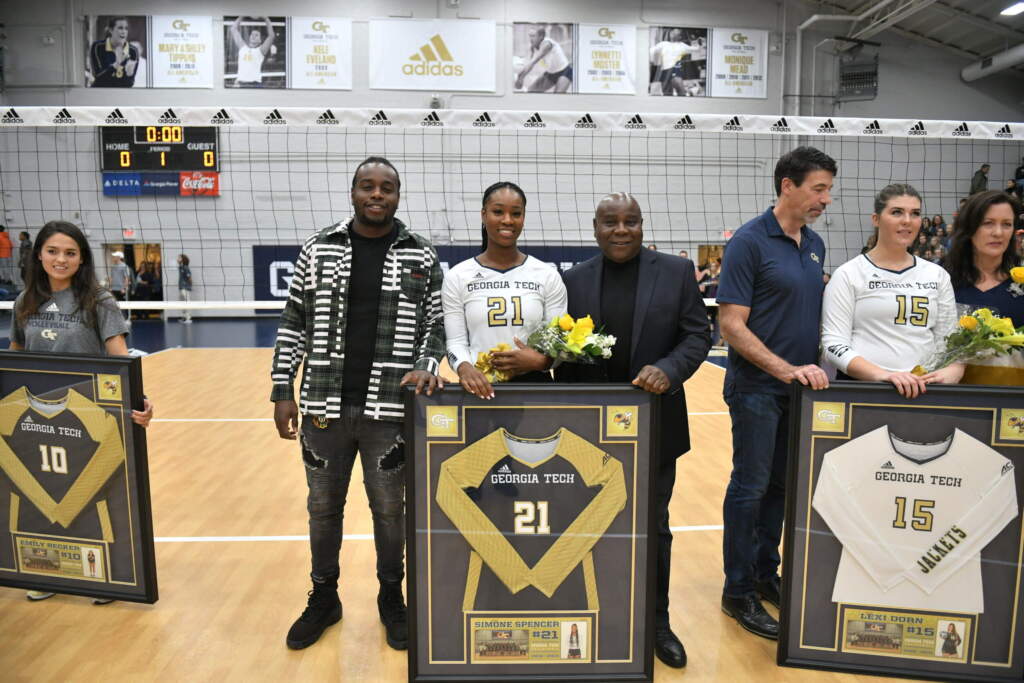 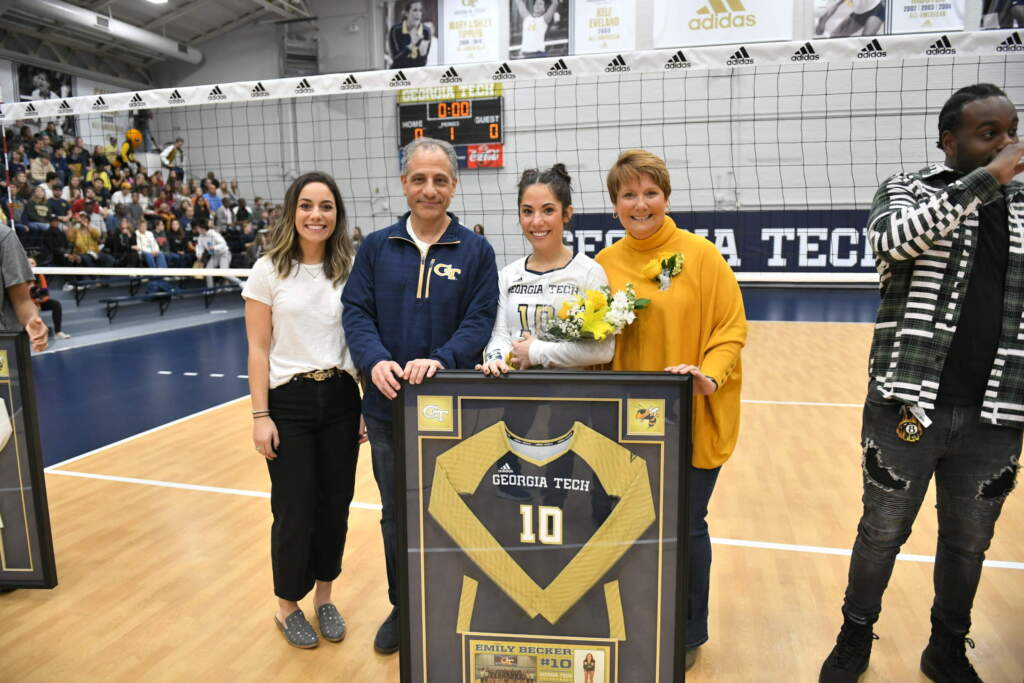 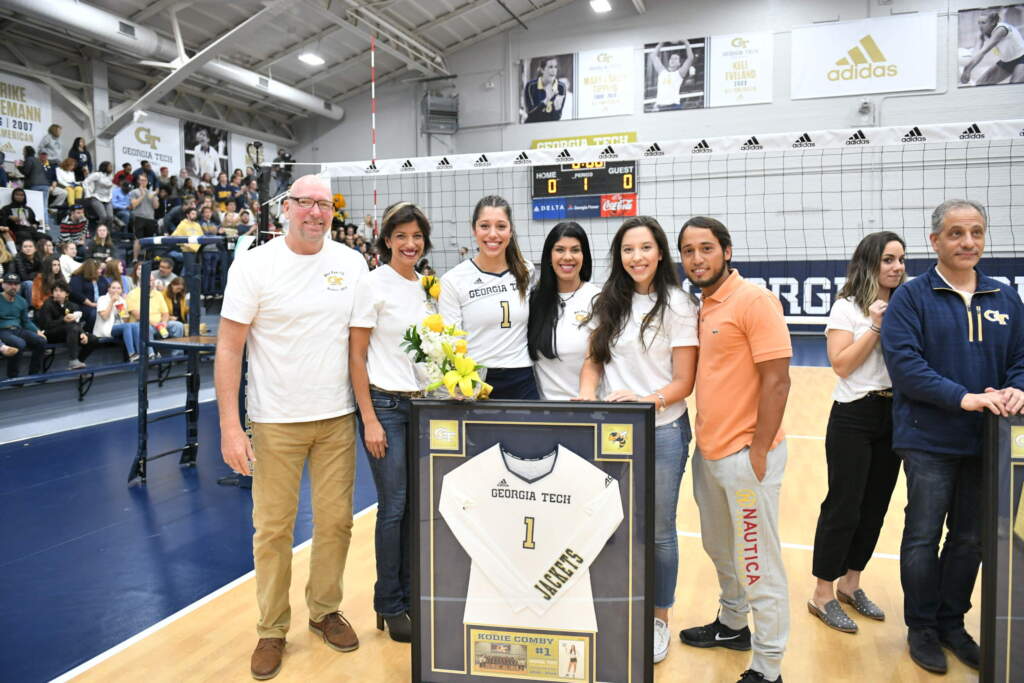 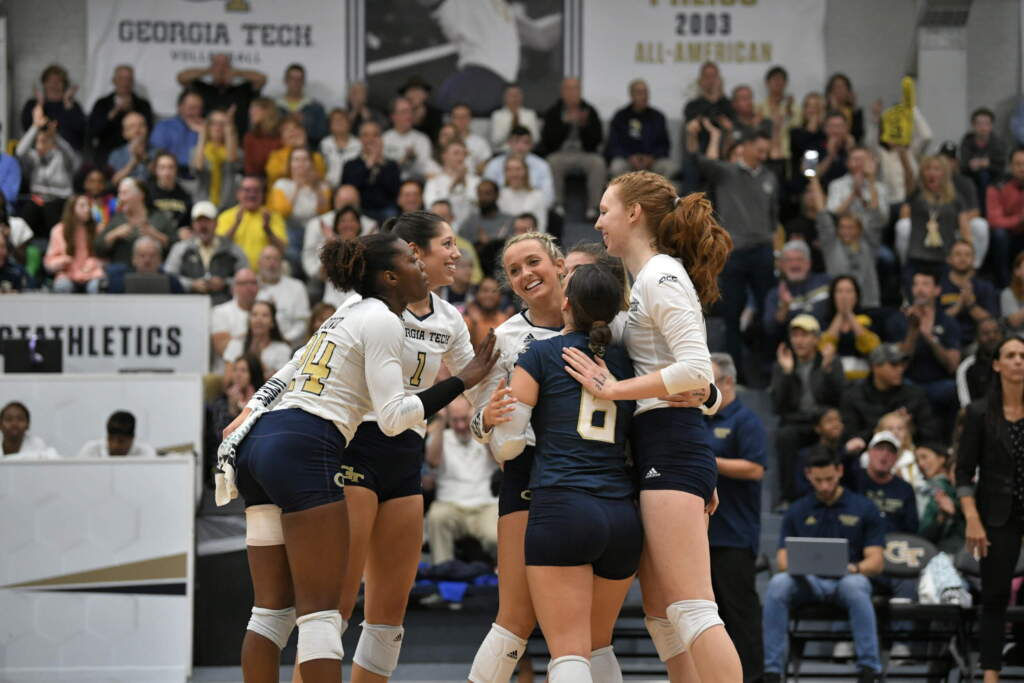 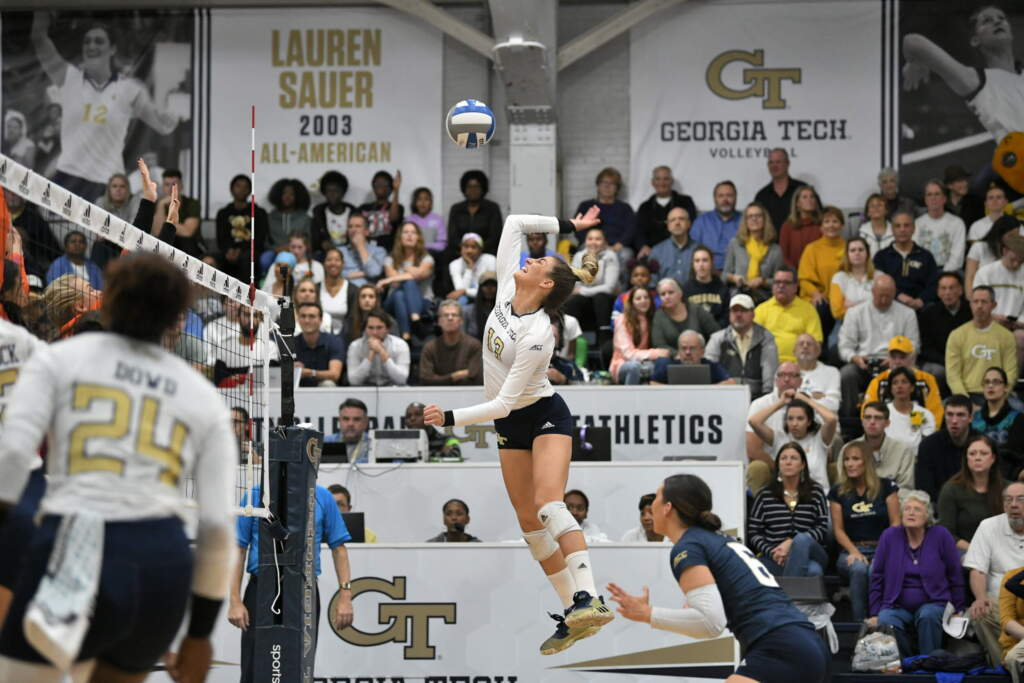 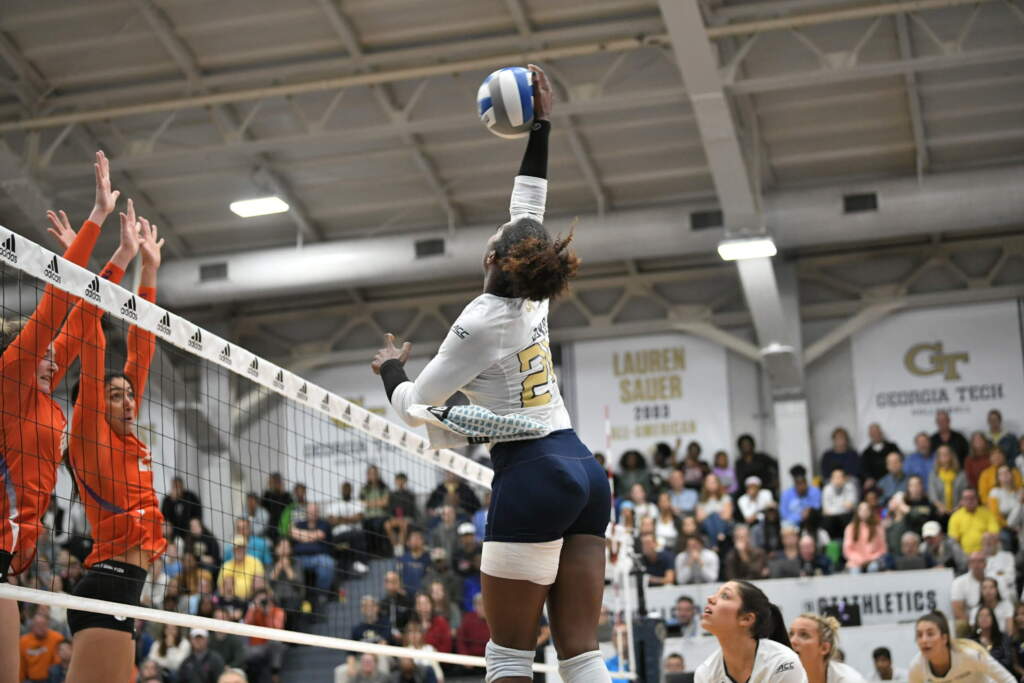 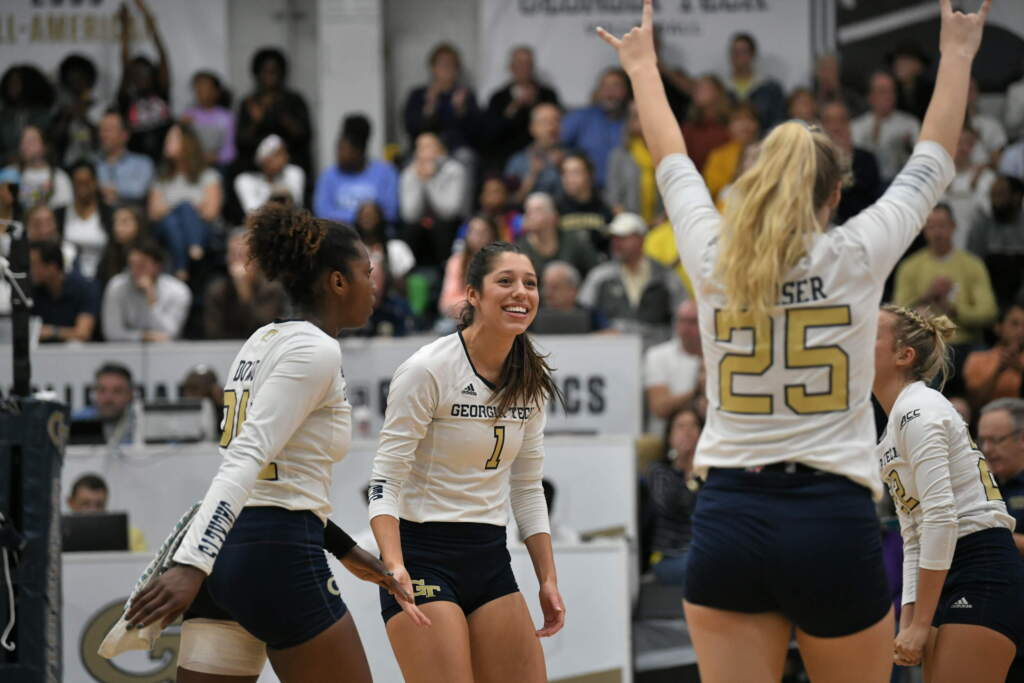 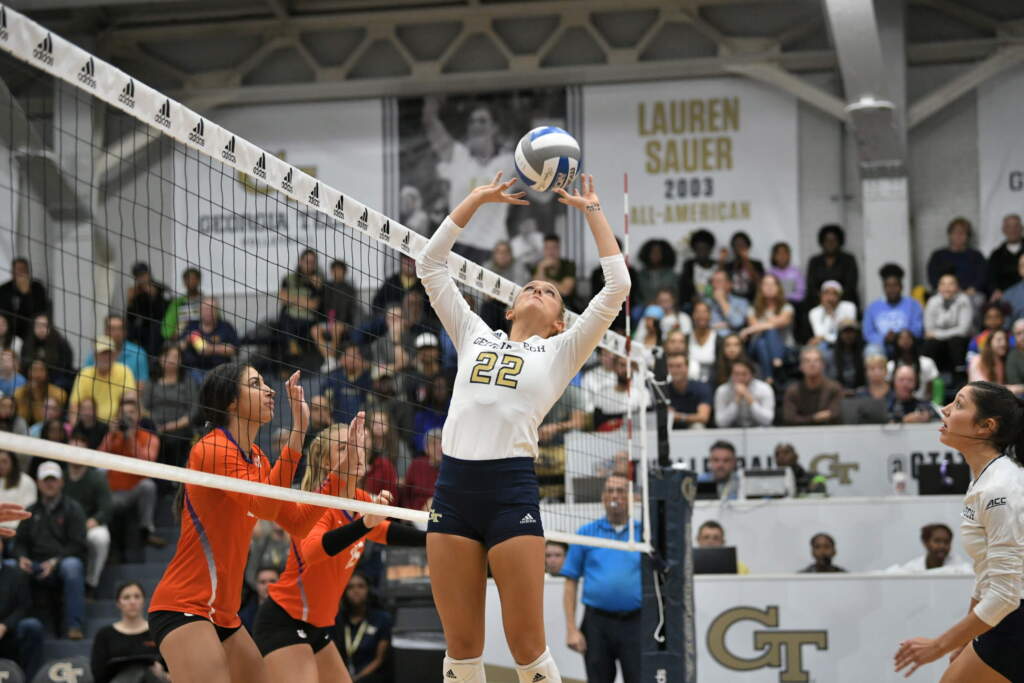 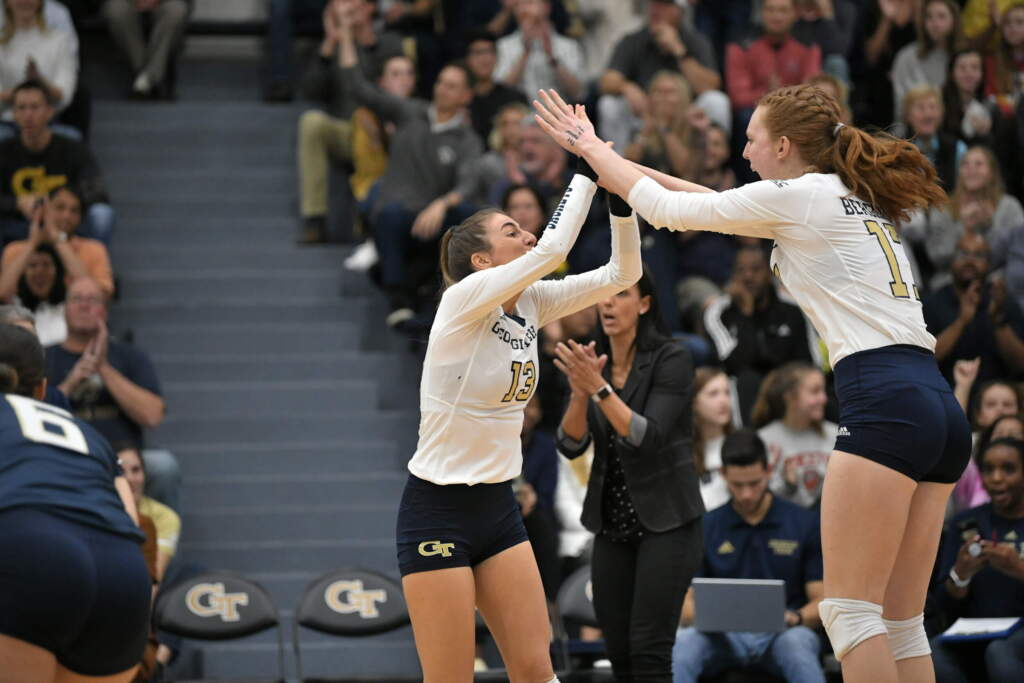 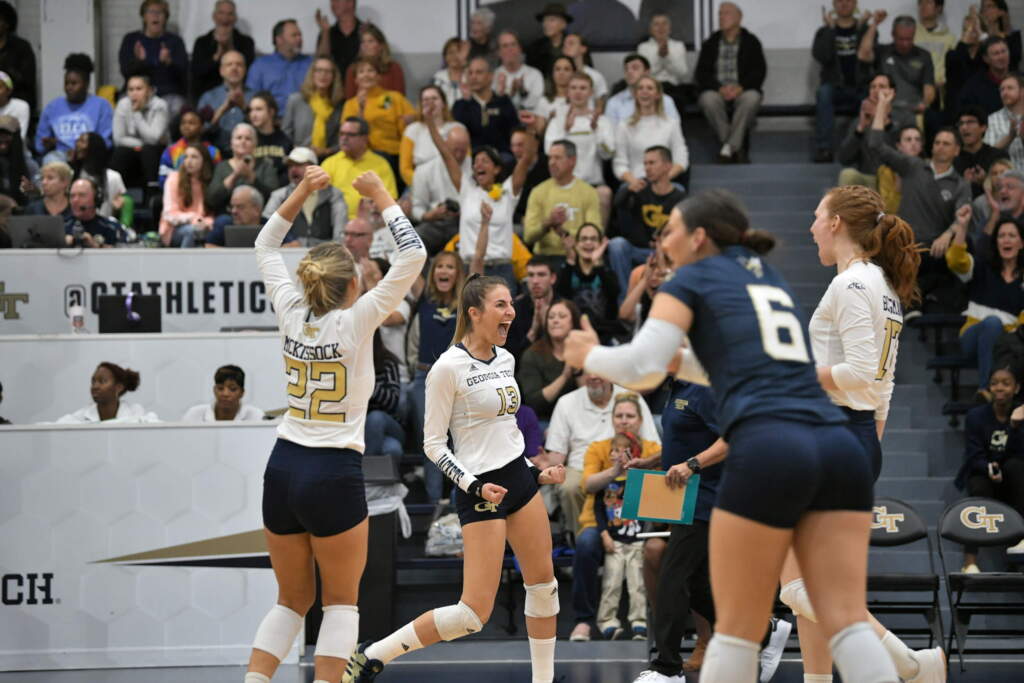 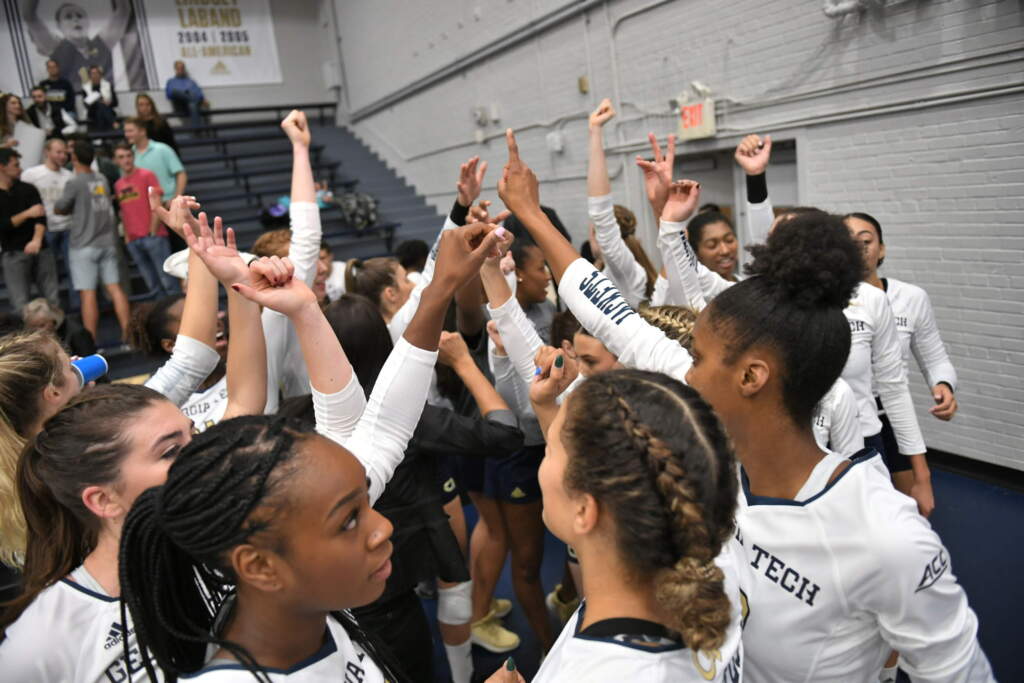 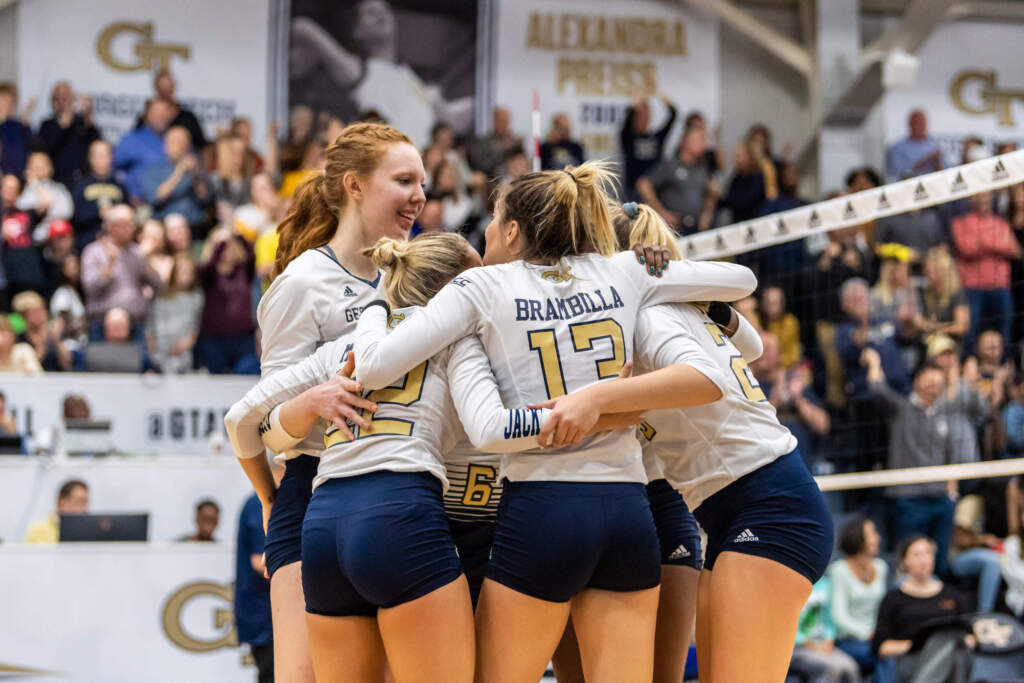 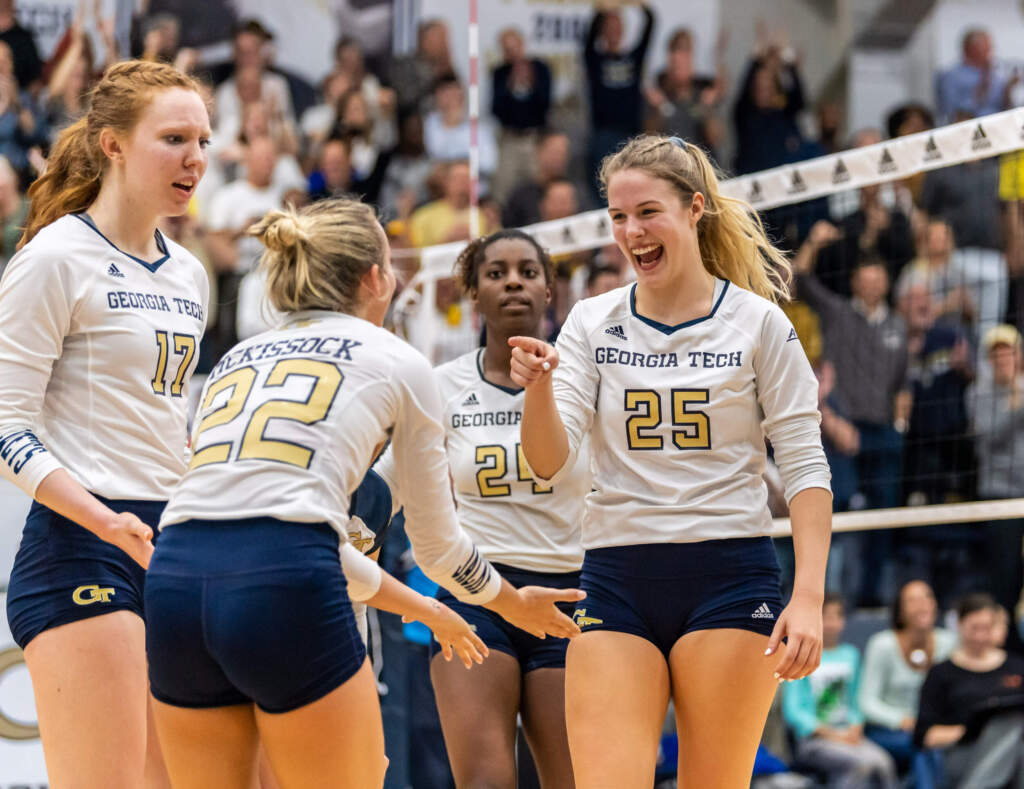 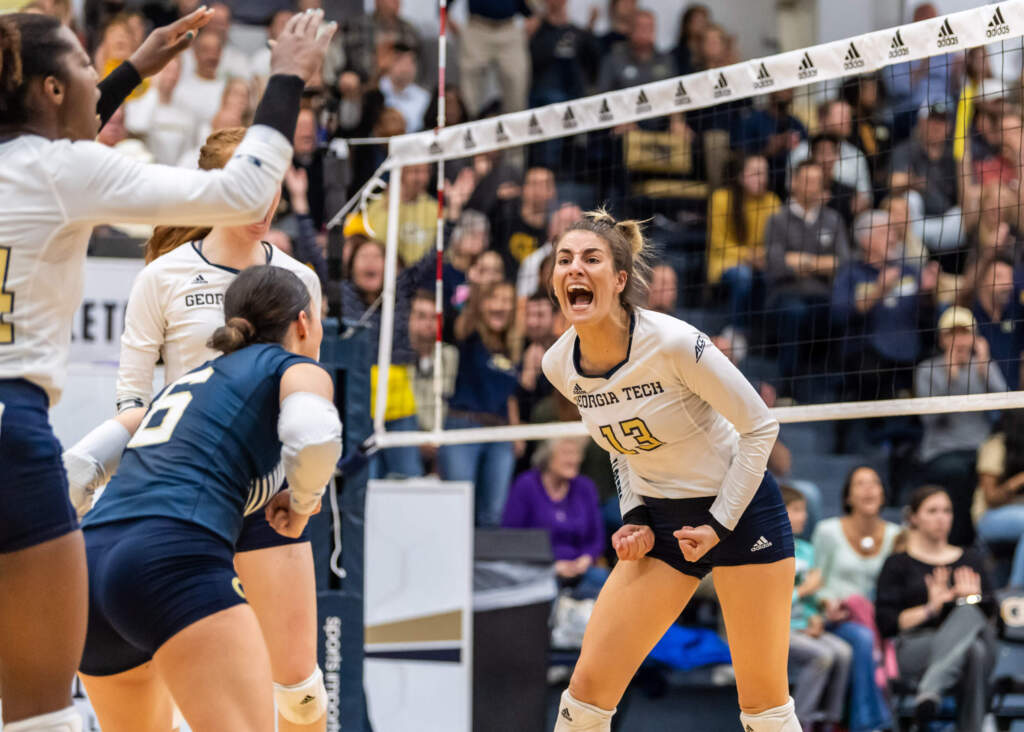 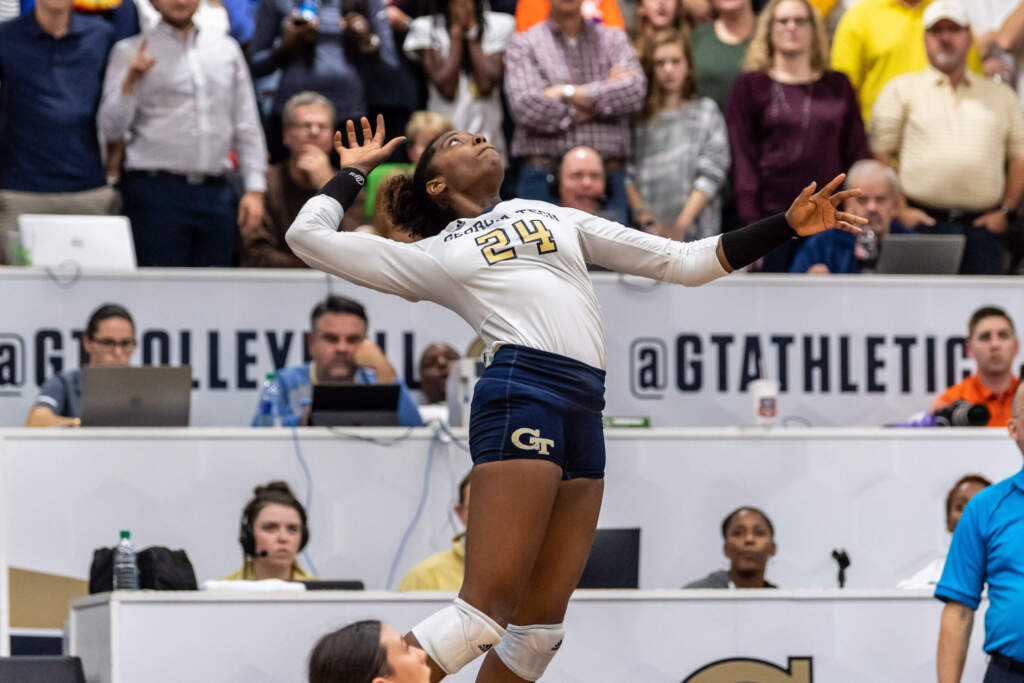 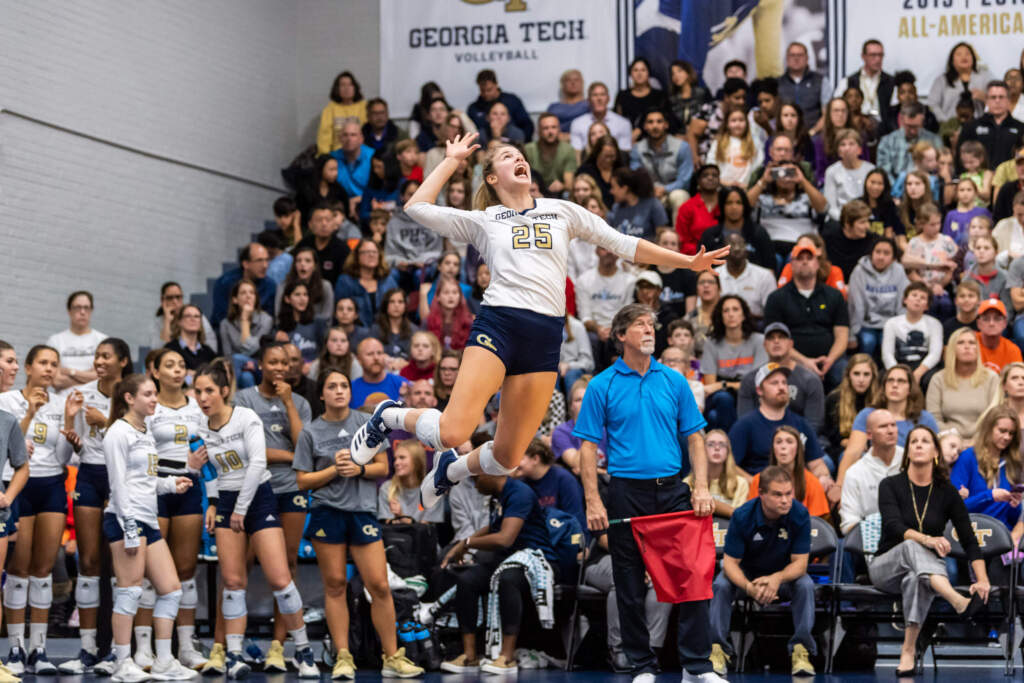 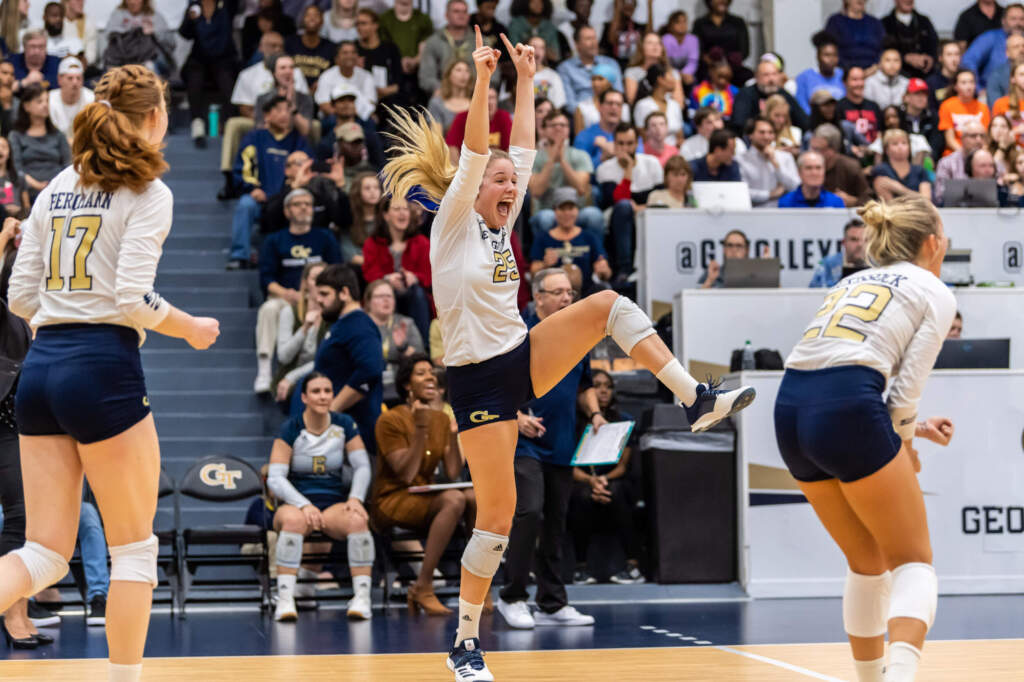 How it happened:
The first set was a close one with the Tigers sneaking out front early. The Jackets never trailed by more than three early in the set, knotting the score at 14-14 on a block from sophomore Matti McKissock and senior Kodie Comby. A huge kill from sophomore Mariana Brambilla put Tech ahead at 15-14 to incite the media timeout. Clemson snuck back in front and trailing 18-15 the Jackets called for a timeout. That proved to be just what they needed and the Jackets tied the set back up at 19-19 on a service ace from McKissock. Clemson snuck ahead once more, this time for good and the Jackets dropped the first set 25-21.

The second set was another close contest with the Jackets using a 4-0 run to grab a two-point edge at 12-10 on an attack error. The White and Gold extended its lead to five at 20-15 on a kill from Brambilla but the Tigers came back within two at 22-20 and Tech called a timeout. A block from sophomore Kayla Kaiser and freshman Julia Bergmann gave the Jackets set point at 24-22 but Clemson added a point before a kill from McKissock sealed it for Tech at 25-23 to knot the match at 1-1.

Tech carried the momentum into the third, cruising to an 8-1 lead as McKissock snuck a kill over the net. The Jackets just kept rolling, moving the score to 14-4 on a block from Kaiser and Clemson called its second timeout. The White and gold only allowed six more points in the set, taking the third at 25-10 on a kill from Bergmann for the 2-1 lead.

The fourth set belonged to the Jackets the whole way. Using a 5-0 run, the Jackets took a 9-3 lead on an attack error. Clemson brought the score back within three at 13-10 but Tech went on a 4-0 run to push its lead to 17-10 on a kill from Brambillla. Tech gave up only four more points before a block from Kaiser and Bergmann secured the win for the Jackets at 25-14.

Up next:
The Jackets play their final home game of the regular season on Sunday, Nov. 24, hosting Notre Dame for a 1 p.m. first serve on ACCNX.