Athens, Ga. – Michael Devoe had a career night with 34 points and nine rebounds, but a late Georgia Tech rally came up short as the Jackets suffered their first loss of the season, 82-78, to Georgia Wednesday night at Stegeman Coliseum.

Devoe scored 20 in the second half, including the final 12 points of the game for Georgia Tech (2-1, 1-0 ACC) as they attempted a late comeback, but Georgia (4-0) hit all of their free throws down the stretch to seal the win.

Moses Wright turned in a season-high 18 points and pulled down eight boards, and Bubba Parham added a season-high 10 points off the bench for the Jackets.

After a slow start by both teams, Devoe caught fire in the first half, scoring nine of the team’s first 14 points to help Tech jump out to 20-12 lead. But the Bulldogs roared back, taking a 35-27 lead into halftime behind a 13-2 run to end the half. Rayshaun Hammonds scored 19 of his team-high 26 points for Georgia in the first half.

Tech returns to action Monday, Nov. 25 when it hosts Arkansas for its second straight game against a member of the Southeastern Conference. Tipoff is at 7 p.m. at McCamish Pavilion, and the game will be televised live on the ACC Network. 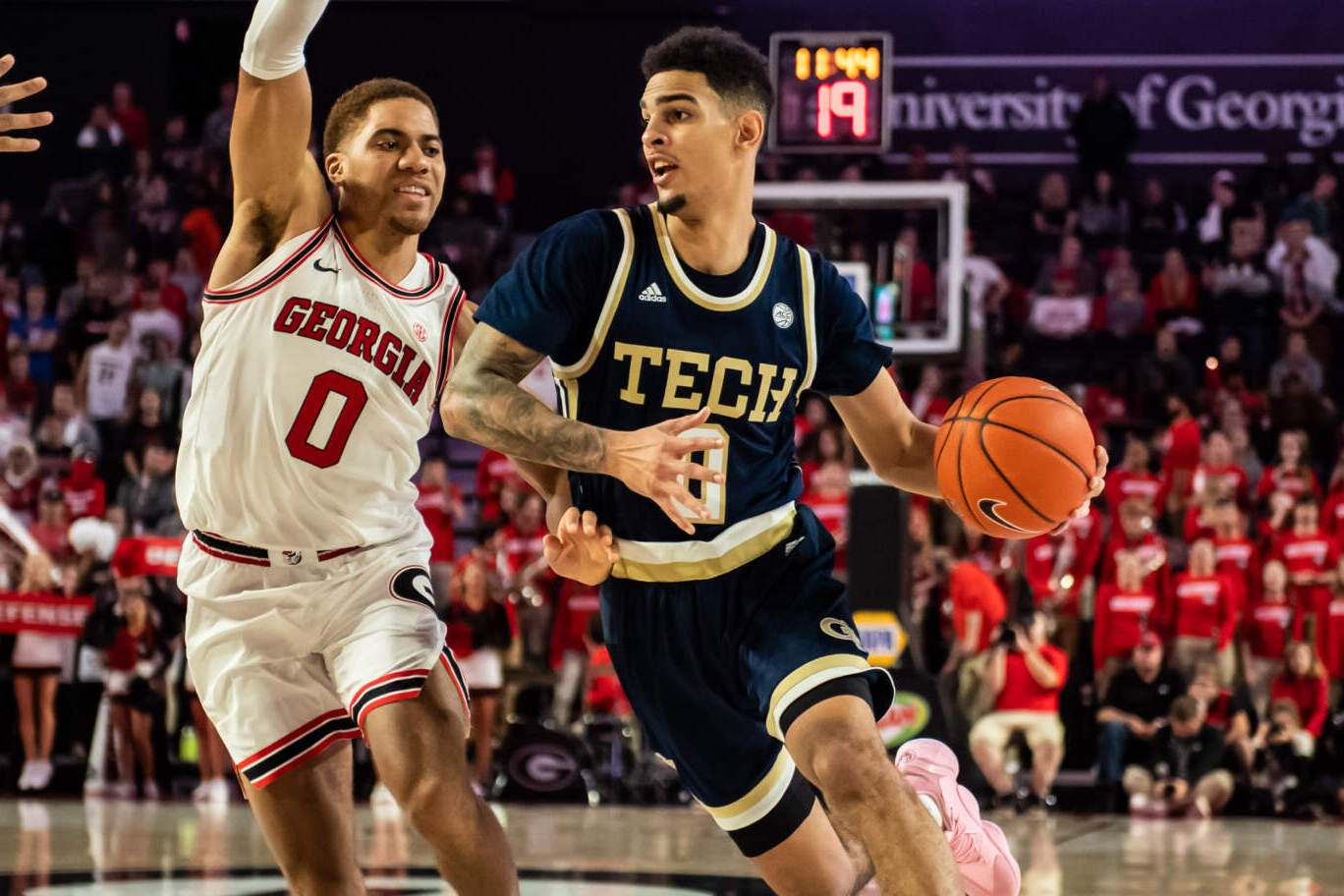 Michael Devoe hit 12 of 21 shots from the floor, including 5 of 7 from three-point range, en route to his career high of 34 points. (photo by Danny Karnik) 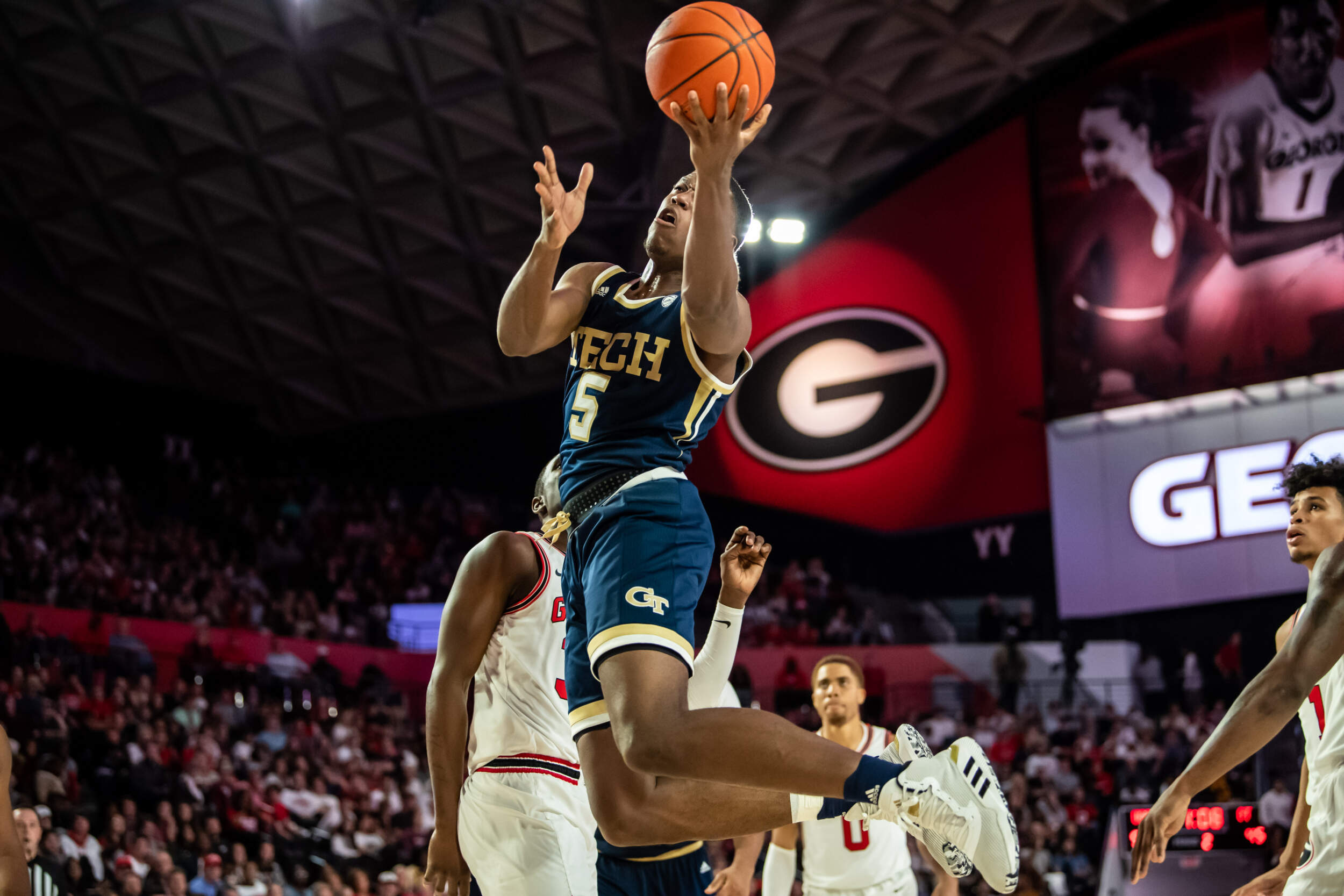 Moses Wright scored 16 of his 18 points in the second half as Tech tried to rally. (photo by Danny Karnik)