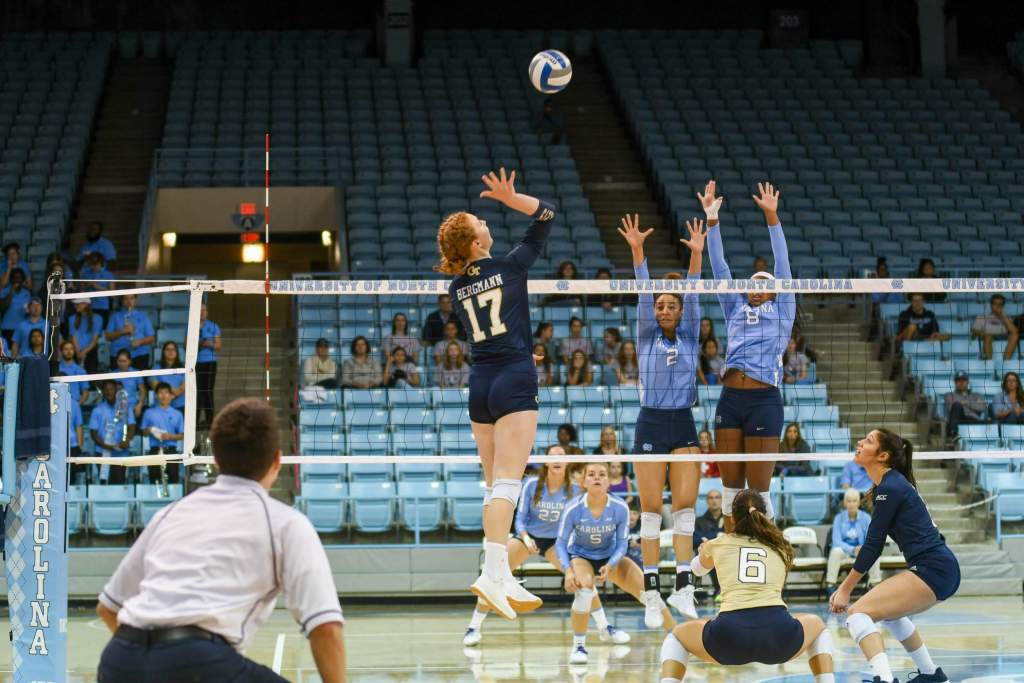 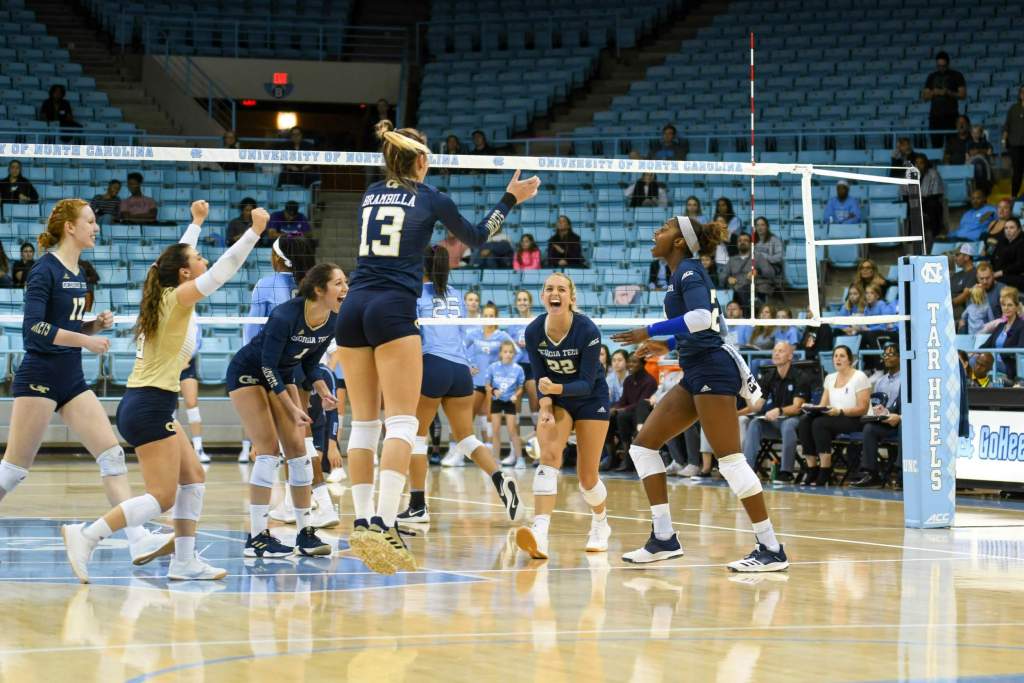 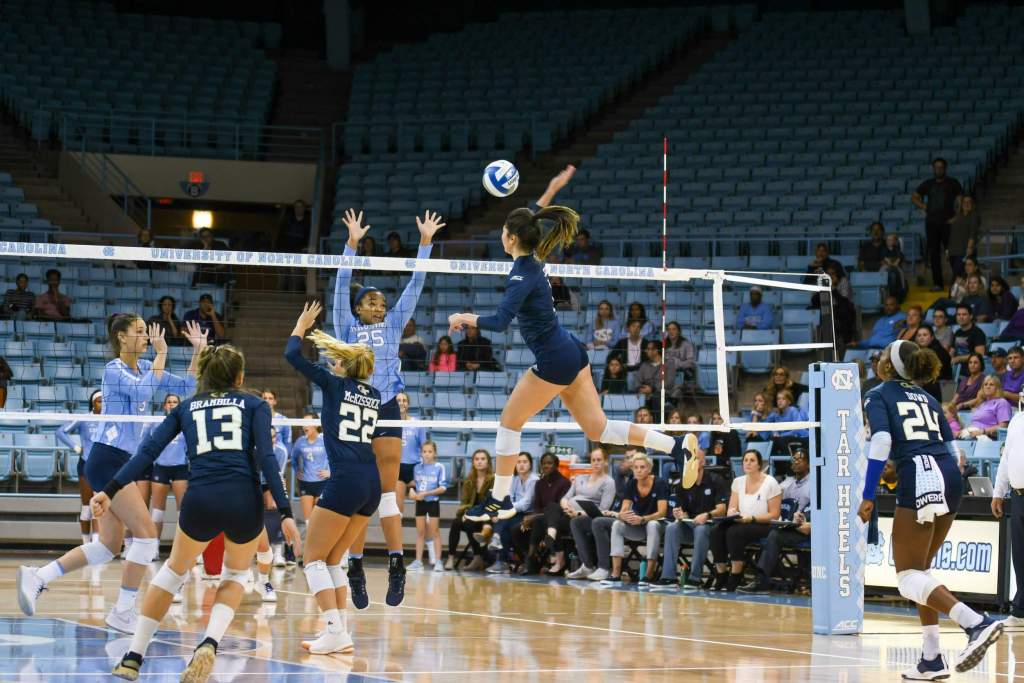 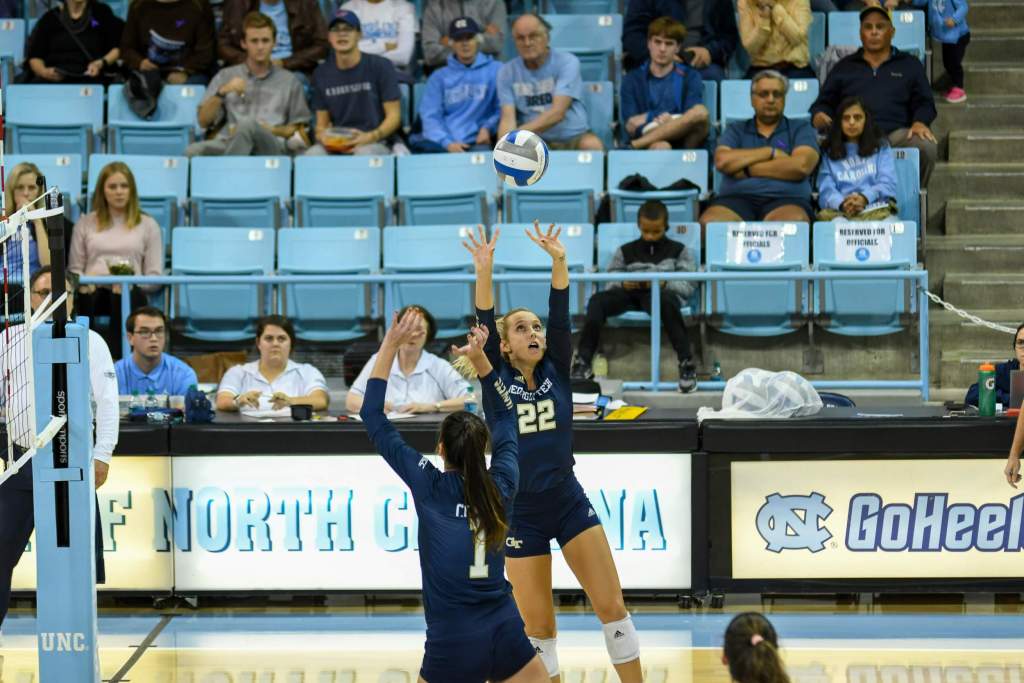 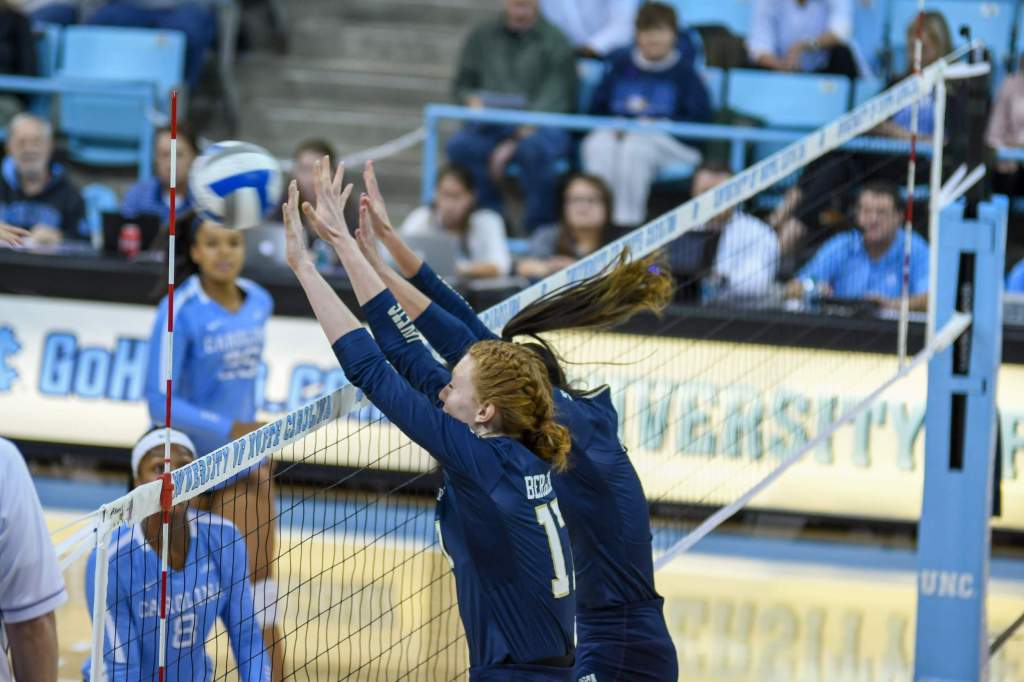 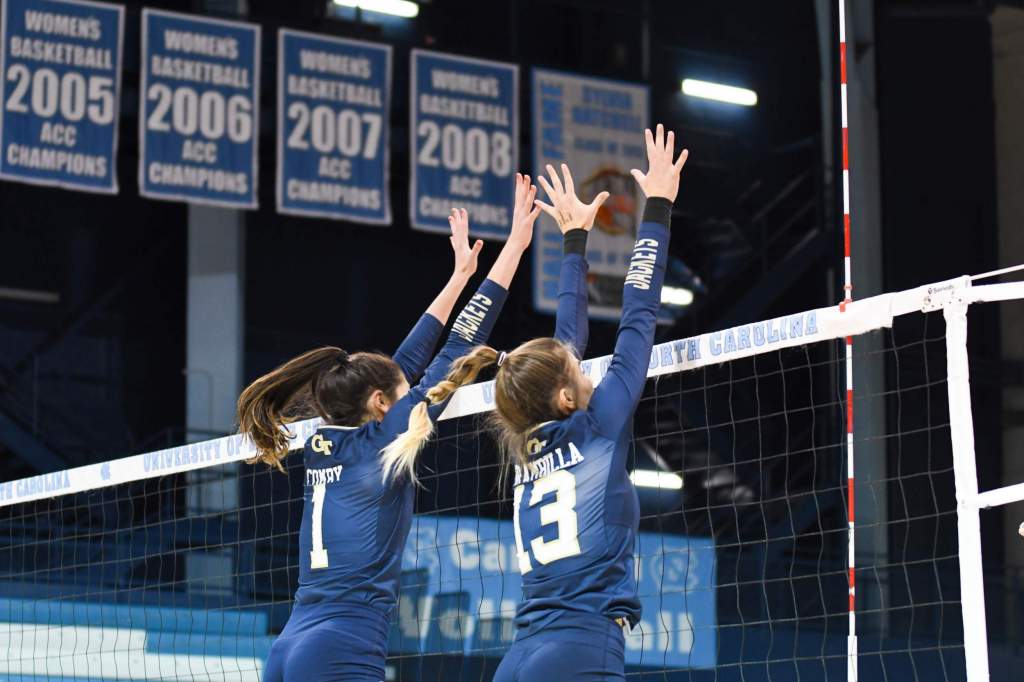 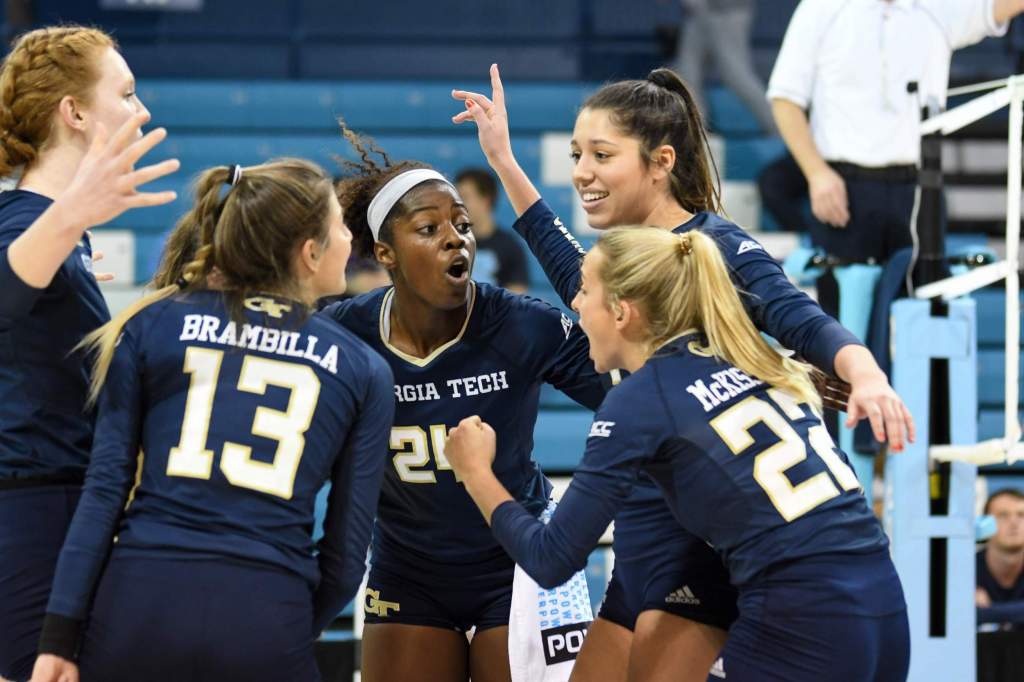 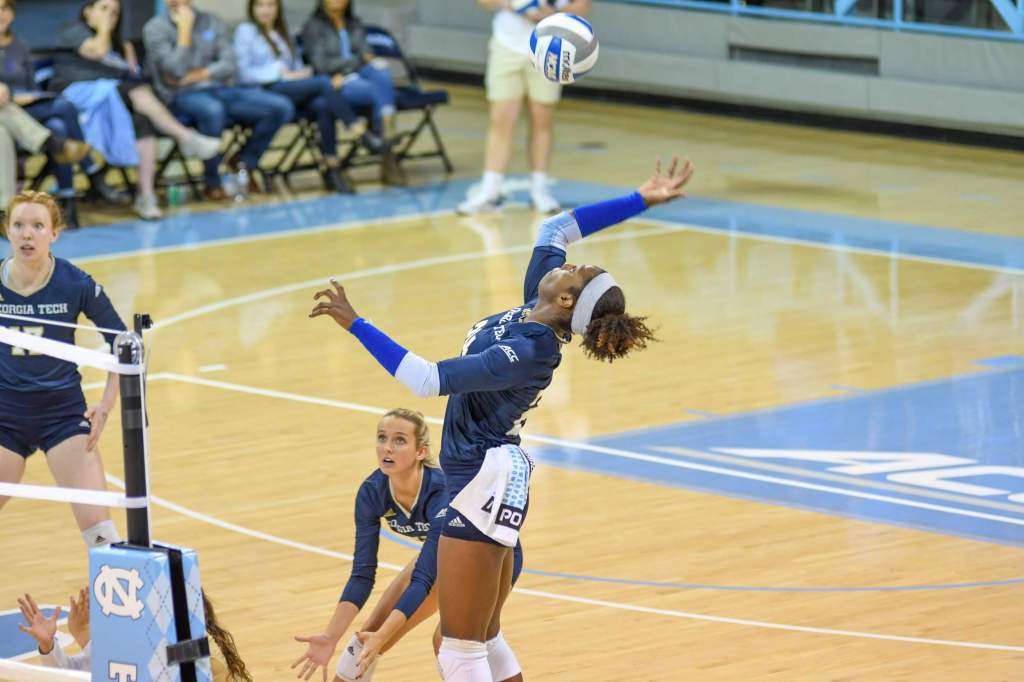 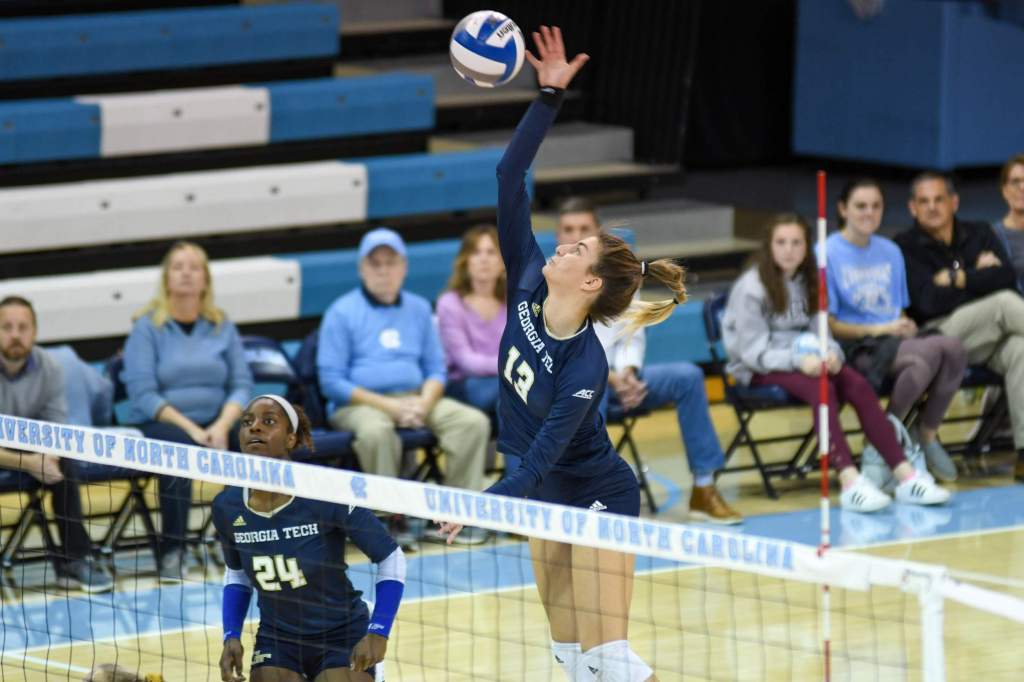 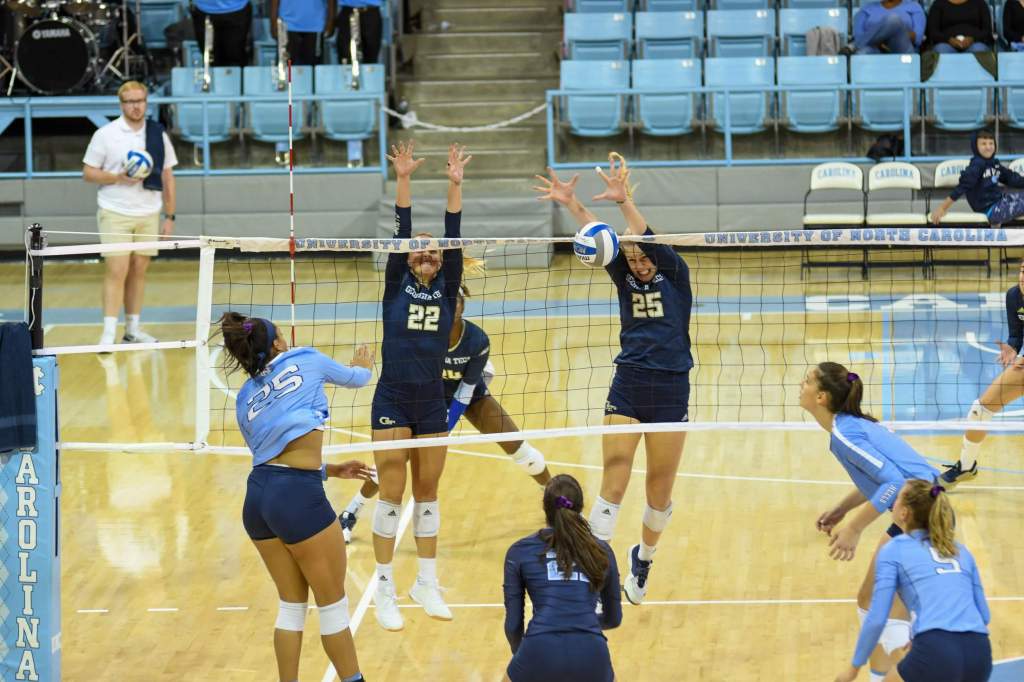 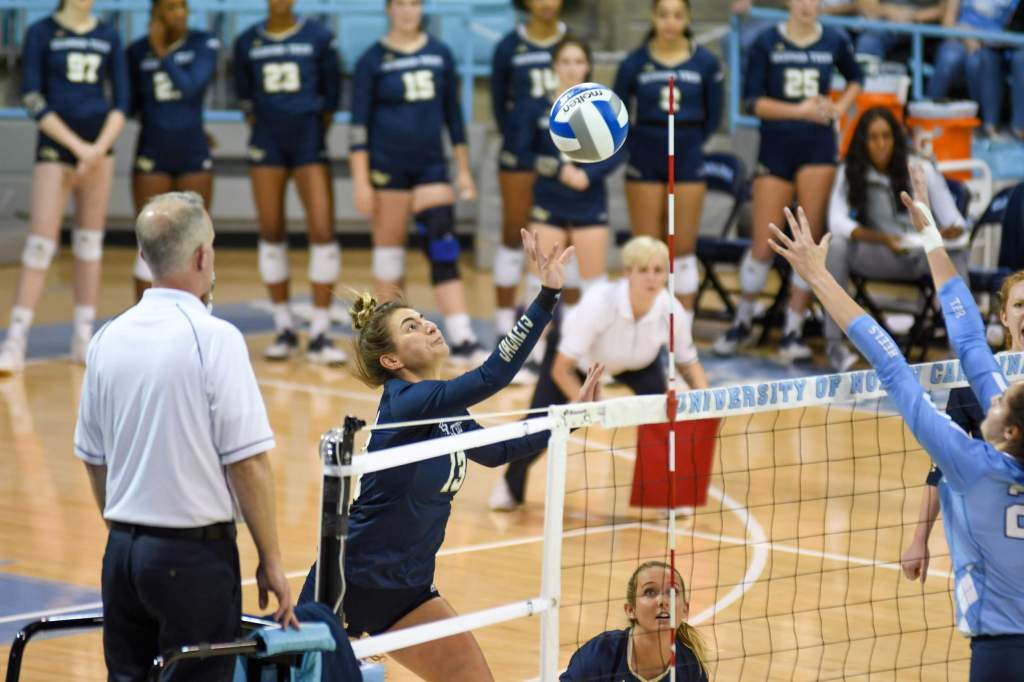 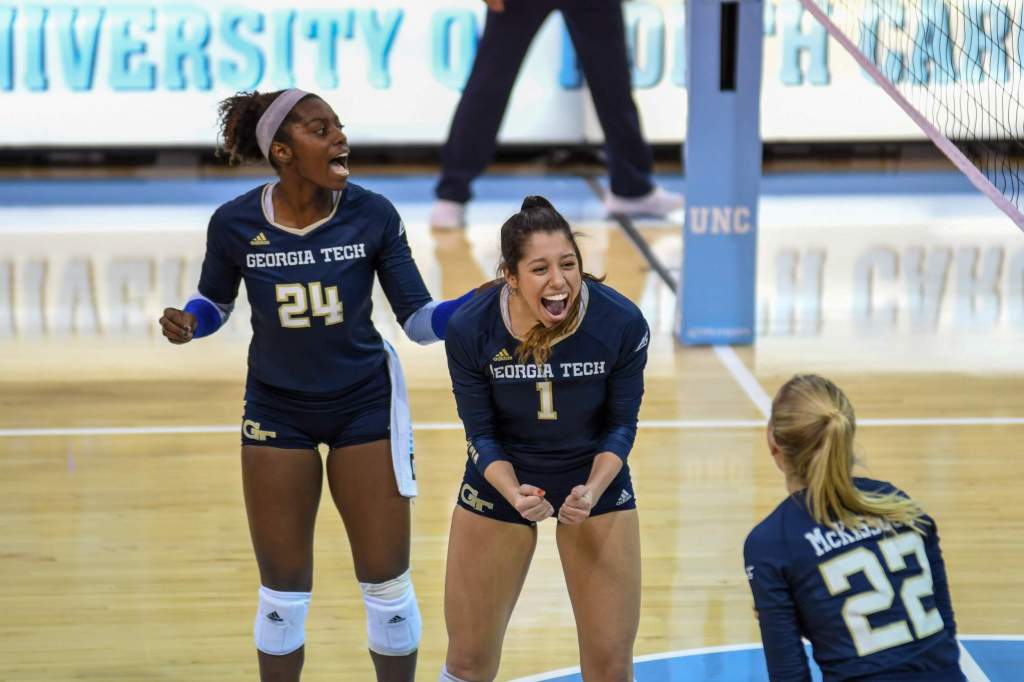 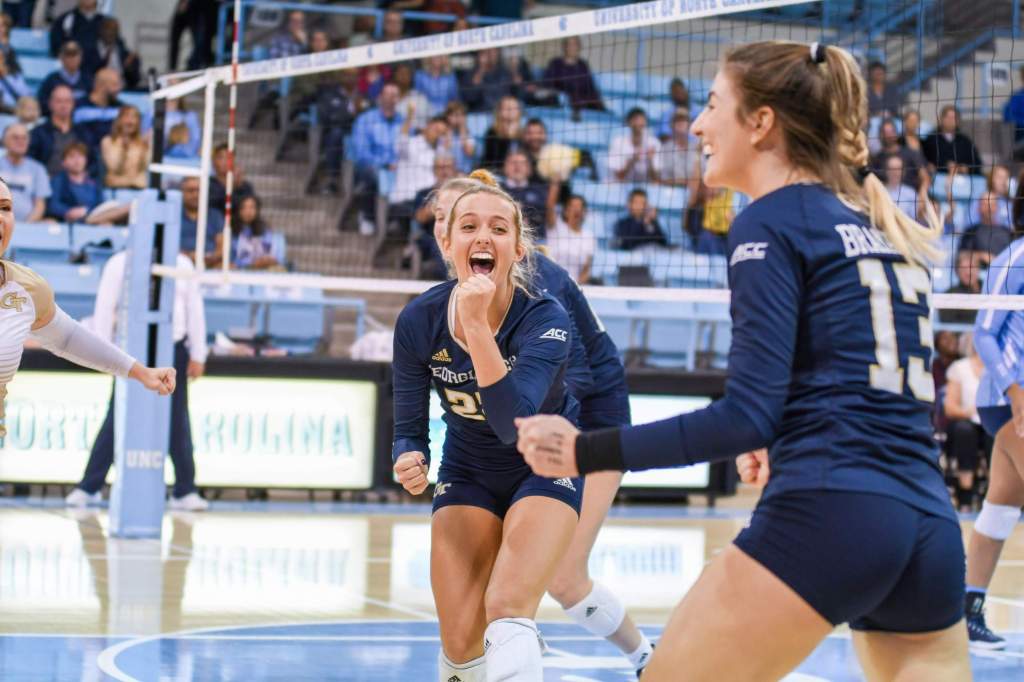 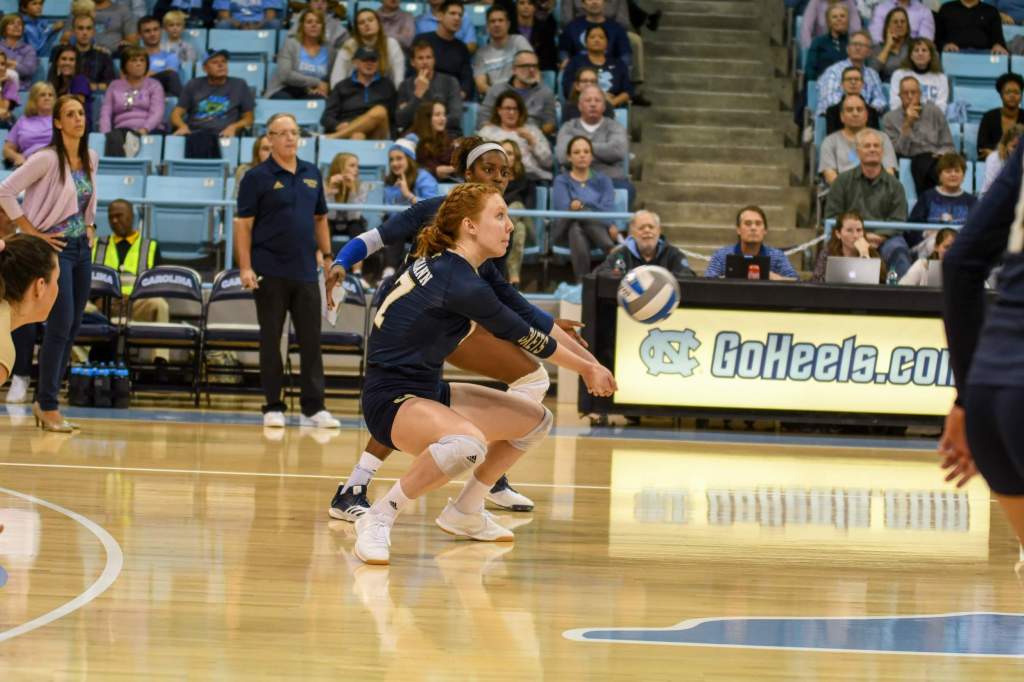 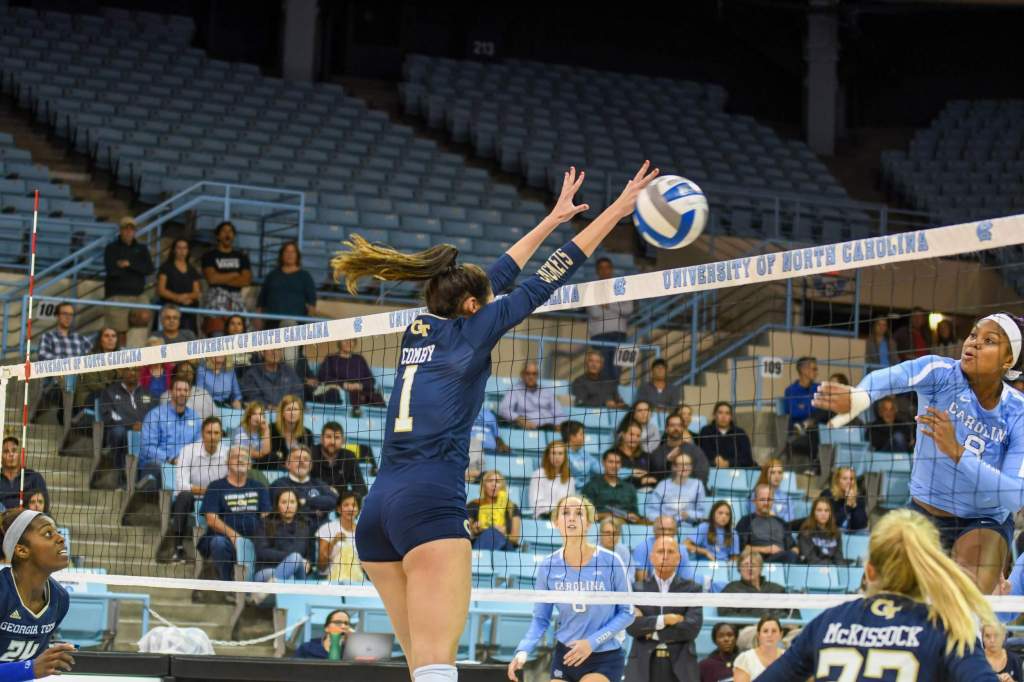 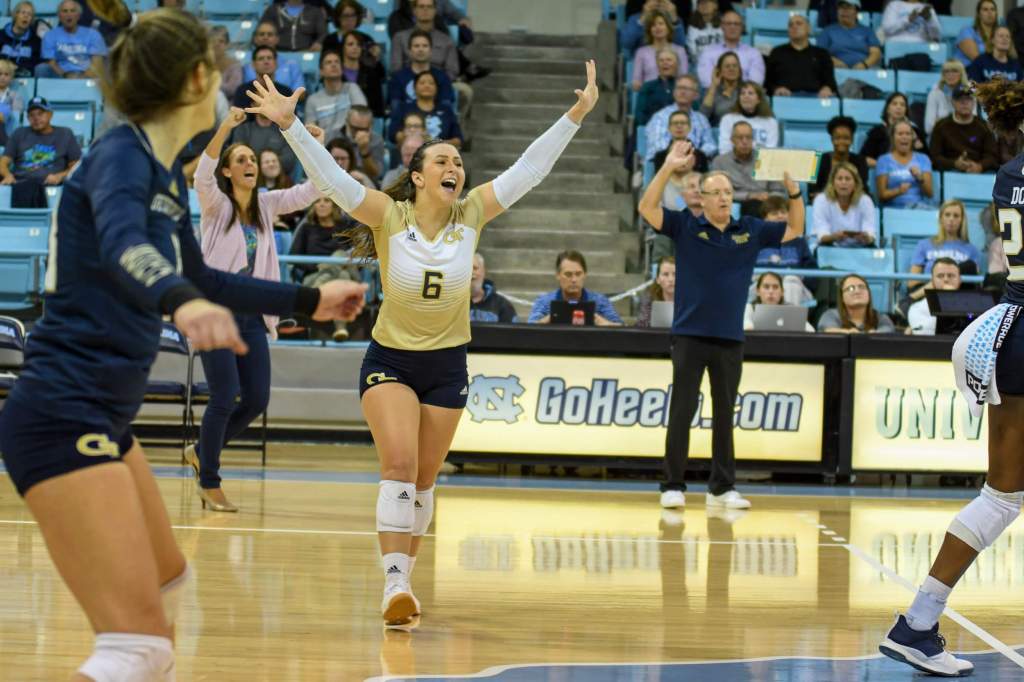 How it happened:
The first set was a close start; the Jackets took the first real lead at 13-10 on three-straight Tar Heel errors. North Carolina tied it back up at 14-14 but the Jackets went ahead by one on a service error to lead 15-14 and force the media timeout. The Tar Heels took three in a row coming out of the timeout to overtake Tech and the Jackets called for a timeout trailing 17-15. The White and Gold tied the set back up at 17-17 on a kill from freshman Julia Bergmann but the Tar Heels snuck back out and stayed ahead this time. After winning 18-straight sets, the Jackets dropped the first set 25-23.

The second set was another close one, the teams traded points to a tie at 14-14. The Tar Heels took a one-point edge at 15-14 to incite the media timeout. Tech retook the lead at 18-17 on back-to-back kills from sophomore Mariana Brambilla. Sophomore Kayla Kaiser threw up a solo block to move the score to 19-17 and the Tar Heels called a timeout. The Jackets pushed their lead to four at 22-18 on an attack error but UNC took two in a row and Tech called timeout with the 22-20 lead. The Jackets only allowed one more point, taking the set at 25-21 on a kill from sophomore Mikaila Dowd to tie the match at 1-1.

Tech carried the momentum into the second set, cruising to a 7-2 lead on a kill from Dowd and UNC called the first timeout of the set. The Jackets kept rolling, moving their lead to nine on a kill from Brambilla to make it 17-8. The Tar Heels came back within three, using a 7-0 run but a block from Kaiser and Bergmann stopped the run. North Carolina kept at it, tying the set at 22-22. The Tar Heels took set point at 24-22 and Kaiser landed another kill for the Jackets but UNC took the set at 25-23 for the 2-1 lead.

The Jackets fell behind by three early in the fourth, trailing 9-6. A kill from sophomore Matti McKissock sparked a 6-0 run for Tech to take the lead at 13-10 on back-to-back kills from Bergmann. The Tar Heels knotted it back up at 17-17 and the Jackets used a timeout. The Yellow Jackets went on a 5-0 run to grab the lead at 23-18 on a kill from Kaiser and this time UNC signaled for a timeout. The Tar Heels brought the score to 23-20 and Tech used a timeout. With back-to-back kills from Bergmann, the Jackets forced the fifth set with a 25-20 win in the fourth.

The fifth set was another tight one but the Jackets edged ahead at 8-7 for the switch on a kill from senior Kodie Comby. Tech went ahead by four at 12-8 on an attack error. This time the White and Gold held onto their lead, closing out the match at 15-10 on a kill from Bergmann.

Up next:
The Jackets make their way to Raleigh, N.C. to close out the weekend against NC State on Sunday, Nov. 3 with a 1 p.m. first serve on ACCNX.