THE FLATS – Georgia Tech defensive end Jordan Domineck (Lakeland, Fla./George Jenkins) and quarterback James Graham (Fitzgerald, Ga./Fitzgerald) were named the Atlantic Coast Conference’s Defensive Lineman of the Week and co-Rookie of the Week, respectively, on Monday in recognition of their performances in last Thursday night’s 28-26 win over NC State. 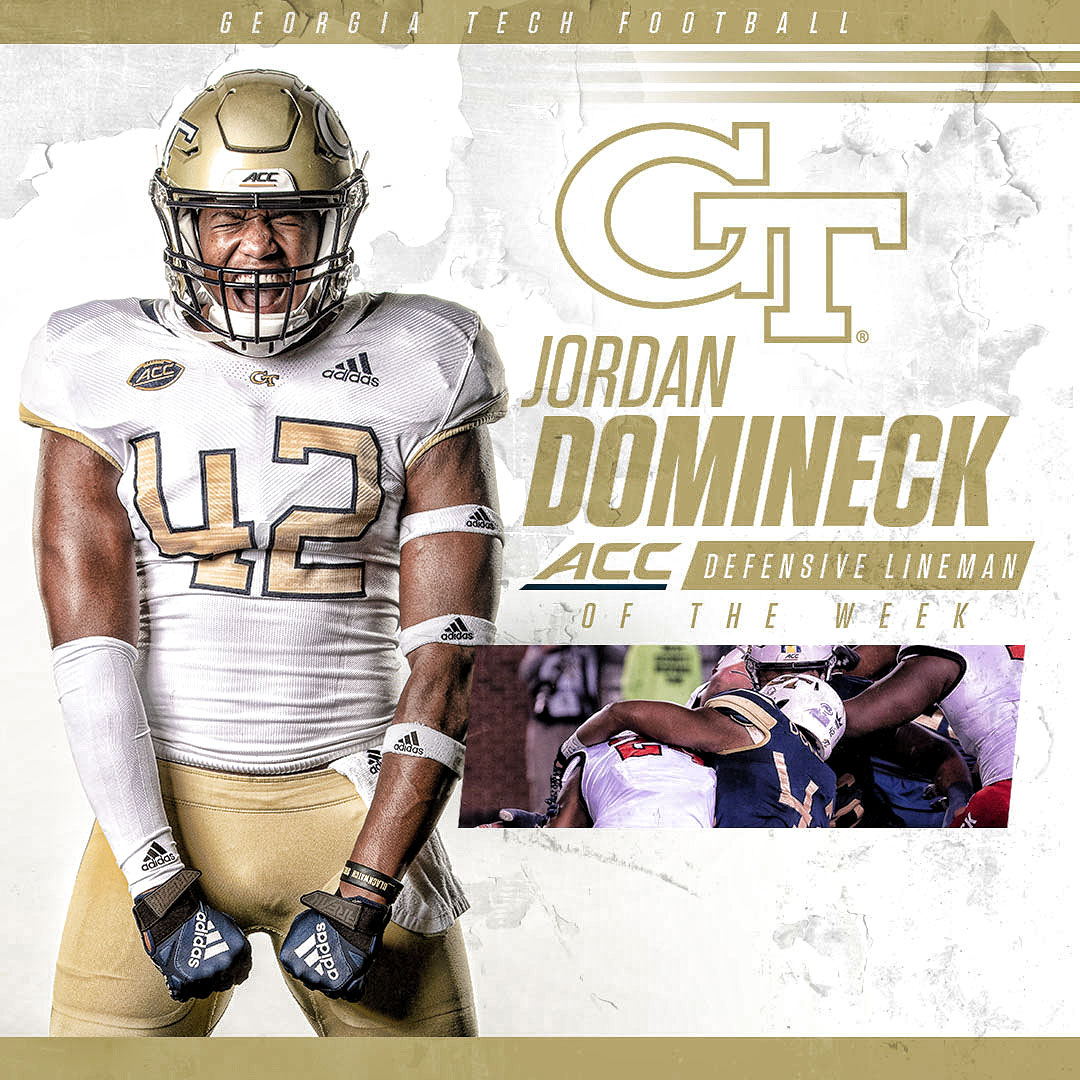 Making only the second start of his career, Domineck, a redshirt freshman, registered career highs with 10 tackles and 1.5 tackles for loss in the triumph over NC State. He made one of the Yellow Jackets’ biggest plays of the game when he stopped NC State RB Zonovan Knight for a 1-yard loss on fourth-and-2 from the GT 10-yard line on the Wolfpack’s first possession of the game, a play that kept NC State off the board and helped Georgia Tech build a commanding 21-3 halftime lead. His 10 tackles topped his previous career of seven (set on Nov. 9 at Virginia) and his 1.5 tackles for loss surpassed his career total for TFL coming into the game (1.0). 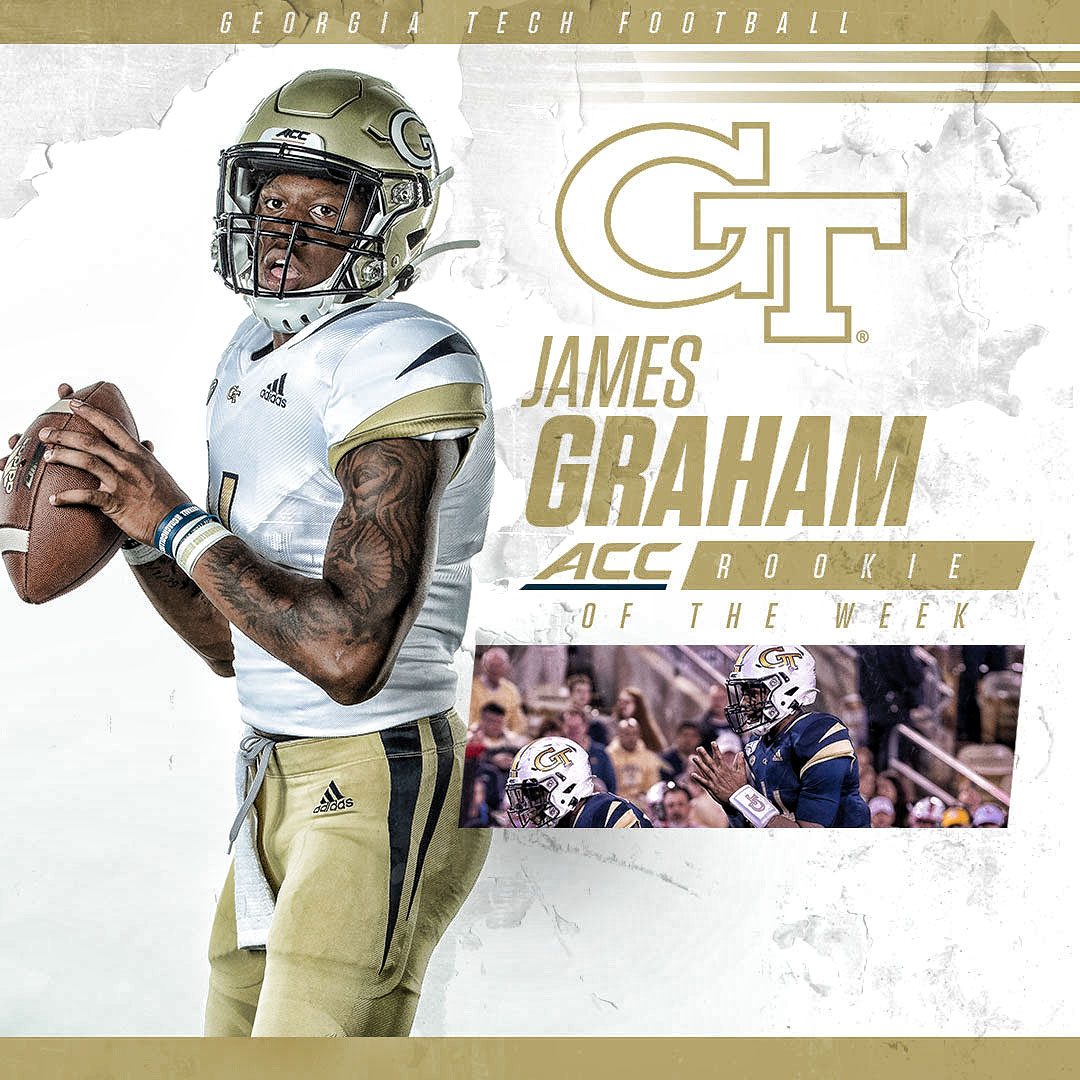 Graham, also a redshirt freshman, helped lead the Jackets’ best offensive performance of the season by accounting for 241 yards of offense (129 passing, 112 rushing) and four touchdowns (three passing, one rushing) in the victory. His three touchdown passes, four touchdowns responsible for and 112 rushing yards were all career highs. All three of his touchdown passes (11, 13 and 17 yards) came in the first half, as Georgia Tech jumped out to the 21-3 halftime advantage. He also scored the Yellow Jackets’ lone touchdown of the second half on a 26-yard run. But perhaps his biggest play of the game came on the Jackets’ final possession, when he ran for 7 yards on third-and-2, picking up a pivotal first down that helped Tech run the final 5:22 off the clock to seal the win.

With his three touchdown passes against NC State, Graham has thrown for 11 scores this season, which is just one shy of the Georgia Tech freshman record of 12, set by Shawn Jones in 1989.

Domineck, Graham and the Yellow Jackets wrap up the season on Saturday when they host archrival Georgia. The 114th edition of Clean, Old-Fashioned Hate kicks off at noon at Georgia Tech’s Bobby Dodd Stadium and will be televised nationally on ABC. A very limited number of tickets still remain and can be purchased online by clicking HERE.