THE FLATS – Highlighted by three home dual meets and one invitational the Georgia Tech swimming and diving program released the remainder of its 2020-21 schedule on Friday.

“After a unique year we are excited to compete on multiple weekends in January,” said Toni M. & Richard L. Bergmark Swimming and Diving Head Coach Courtney Shealy Hart. “We had a fantastic fall and have been training hard all throughout December. We are looking forward to getting back to competing safely and under COVID-19 protocols established by the Institute and Atlantic Coast Conference.” 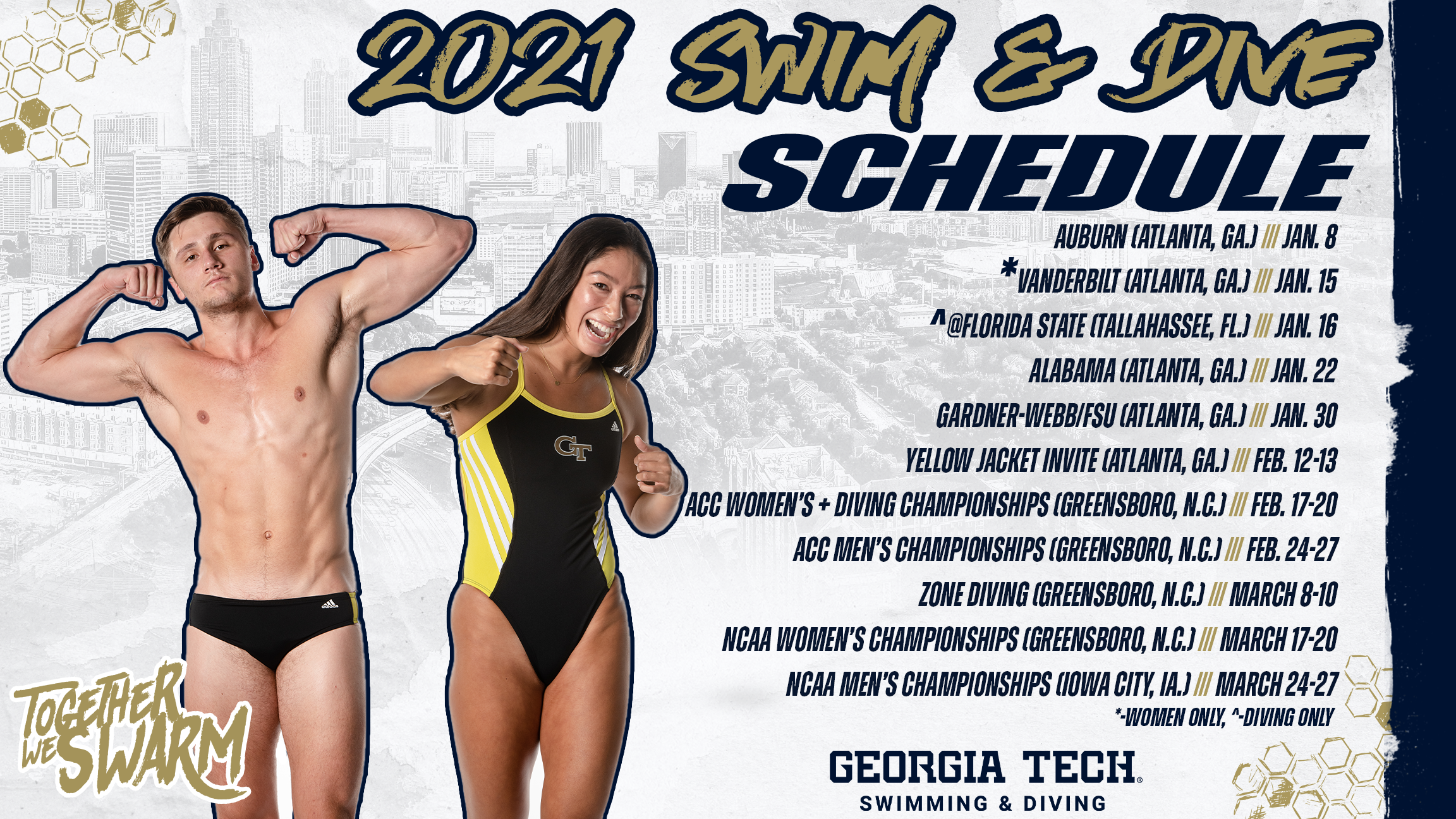 Overall, the Yellow Jackets will host seven meets throughout the rest of the 2020-21 regular season, including its 2021 opener against Auburn in Atlanta on Jan. 8.

The Yellow Jackets return a host of talent on both sides as Campbell, Bradescu and senior diver Cami Hidalgo look to help lead the women’s side, with Pumputis, Ferraro, Kreider and sophomore diver Rueben Lechuga look to carry the men’s momentum from last season.