THE FLATS – Turning in another impressive year in the pool, in the classroom and in the community, Georgia Tech swimming and diving has been named Outstanding Sports Team for the Atlanta Sports Award, it was announced Thursday evening.

The Yellow Jackets were nominated by the Atlanta Sports Council alongside the Atlanta Braves, Atlanta United, and the football teams at Marietta High School and UGA, with Tech winning after more than 50,000 fan votes. 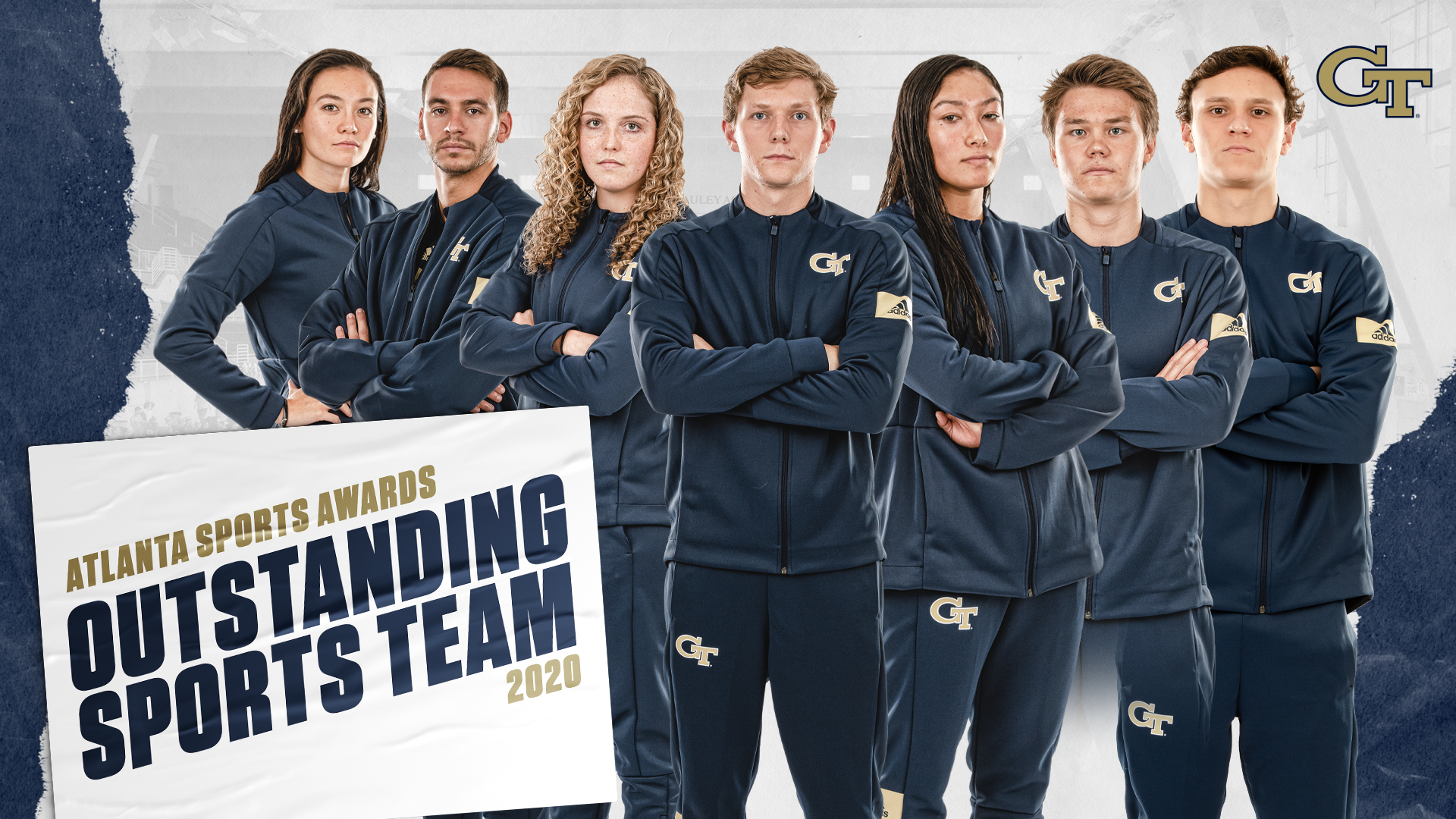 As a team, Georgia Tech once again as the men’s team – spending most of the year in the top 25 nationally – qualified three student-athletes for NCAAs and the women’s team sent two, including ACC Champion diver Camryn Hidalgo.