THE FLATS – Georgia Tech swimming and diving released its 2020 fall schedule on Thursday, featuring one scrimmage and two road meets.

Tech will conclude the preseason at the McAuley Aquatic Center on Saturday, Oct. 24 for the second White vs. Gold intrasquad meet of the fall.

The Jackets will then travel for its lone dual meet of the fall regular season in Tallahassee, Fla. on Friday, Nov. 6 when they take on ACC foe Florida State. Tech will then finish fall competition for the UGA Invitational on Nov. 18-20 in Athens, Ga. 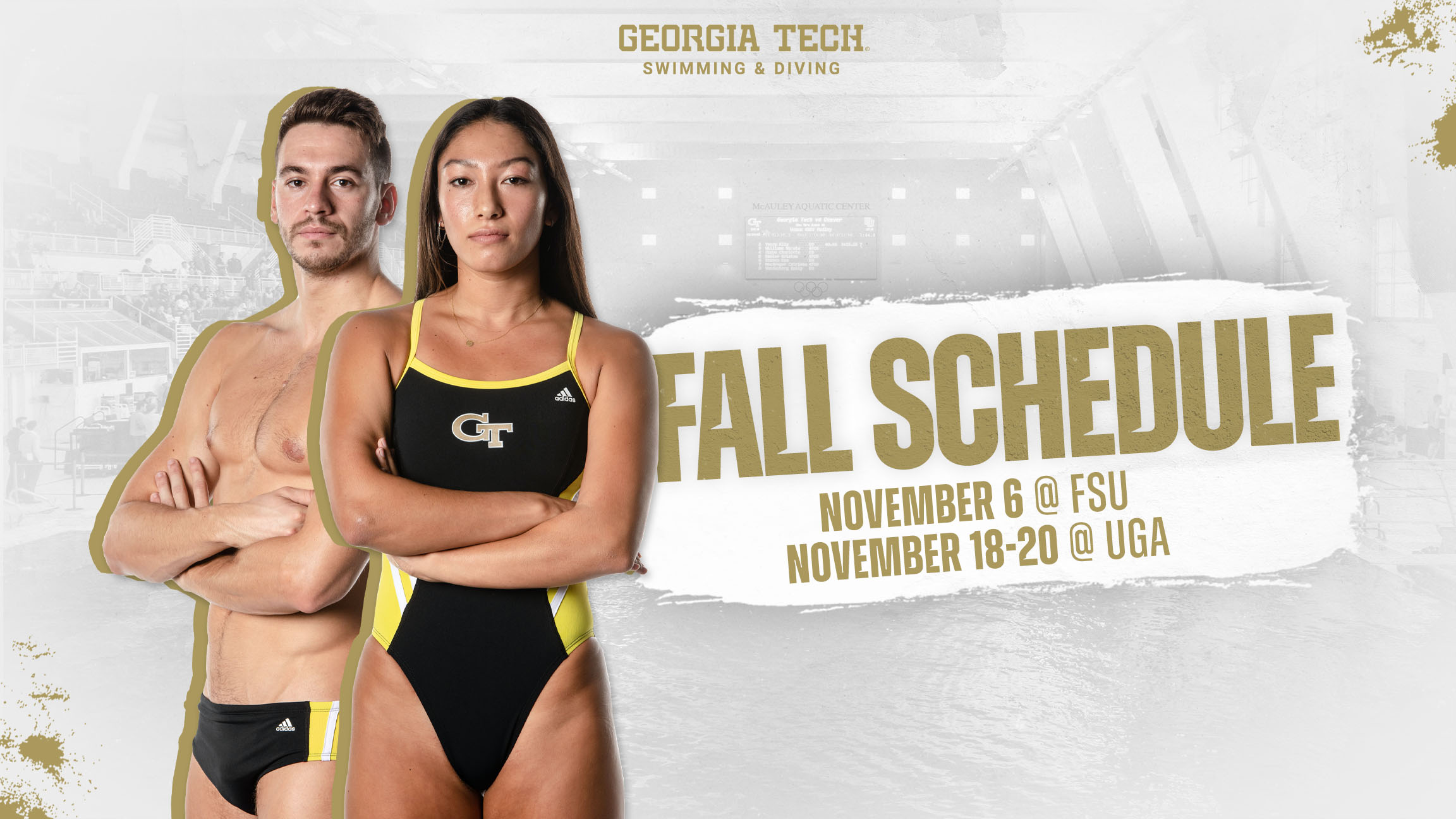 “We are very excited about our fall meet schedule being released,” head coach Courtney Shealy Hart said. “It has been a year of uncertainty and the opportunity to compete is exciting. We’re still working through the logistics of our spring schedule. Once those meets are approved we will release those as well.”

Last season, Tech produced two women’s and three men’s NCAA Championship qualifiers prior to the championship’s cancellation. All five student-athletes were named as CSCAA All-Americans. A total of 10 Yellow Jackets were also honored as CSCAA Scholar All-Americans, making it six-straight years Tech has had double-digits represented in that award.

The Yellow Jackets return a host of talent on both the men’s and women’s end of things. Tech’s men look to be led by senior Caio Pumputis and sophomore Rueben Lechuga, with Camryn Hidalgo and McKenzie Campbell looking to help the women build off last season’s success.

Georgia Tech swimming and diving’s spring schedule will be announced at a later date.