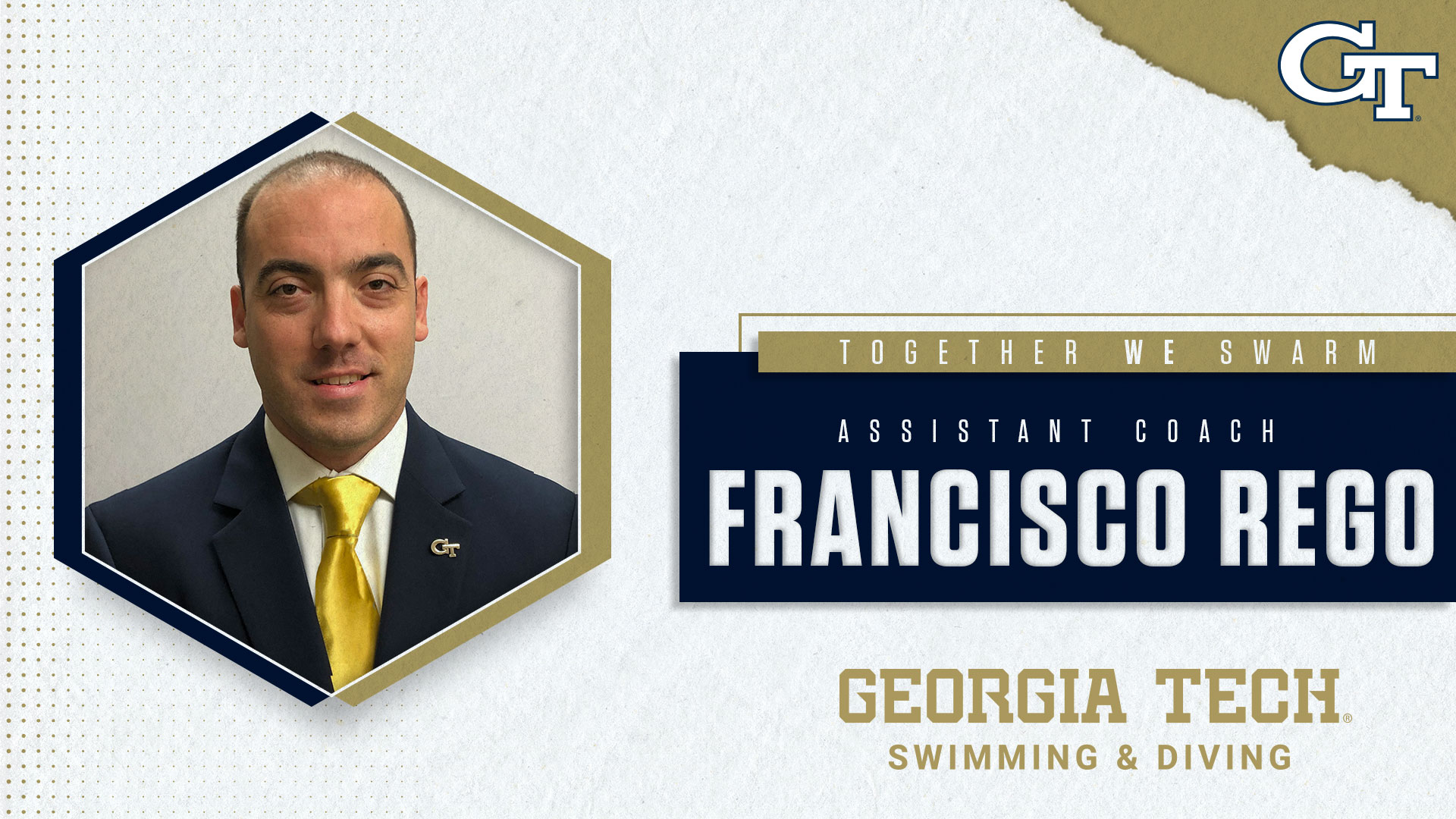 “I’m thrilled to be able to welcome Francisco to Georgia Tech and our program,” Shealy Hart said. “What ‘Chico’ has been able to accomplish both internationally and here in the U.S. makes him the perfect fit to help mentor our swimmers and continue our recruiting momentum.”

Rego comes to The Flats after spending the last two years in Greenville, S.C., coaching Team Greenville swim club to both its first long-course and short-course state championships in more than 14 years. While in Greenville, Rego was also elected to be the head coach of the 2019 South Carolina Zones Team, where he led them to its best finish in history (fourth).

“First, I want to thank Courtney and the entire coaching staff for the process and for welcoming me to Georgia Tech,” Rego said. “I’m incredibly excited to be joining a place like the Institute, where both the academics and athletics operate at an elite level. I’m ready to hit the ground running and get working with one of the fastest-growing programs in the country.”

Prior to coaching in the United States, Rego worked with multiple renowned swim clubs in his home country of Brazil, including Fluminense FC, Grajaú CC and Botafogo FR.

Rego earned a bachelor’s degree in physical education from Estácio de Sá University in 2009 in Rio De Janeiro. While working at Auburn, Rego also earned a master’s degree in exercise physiology in 2017.