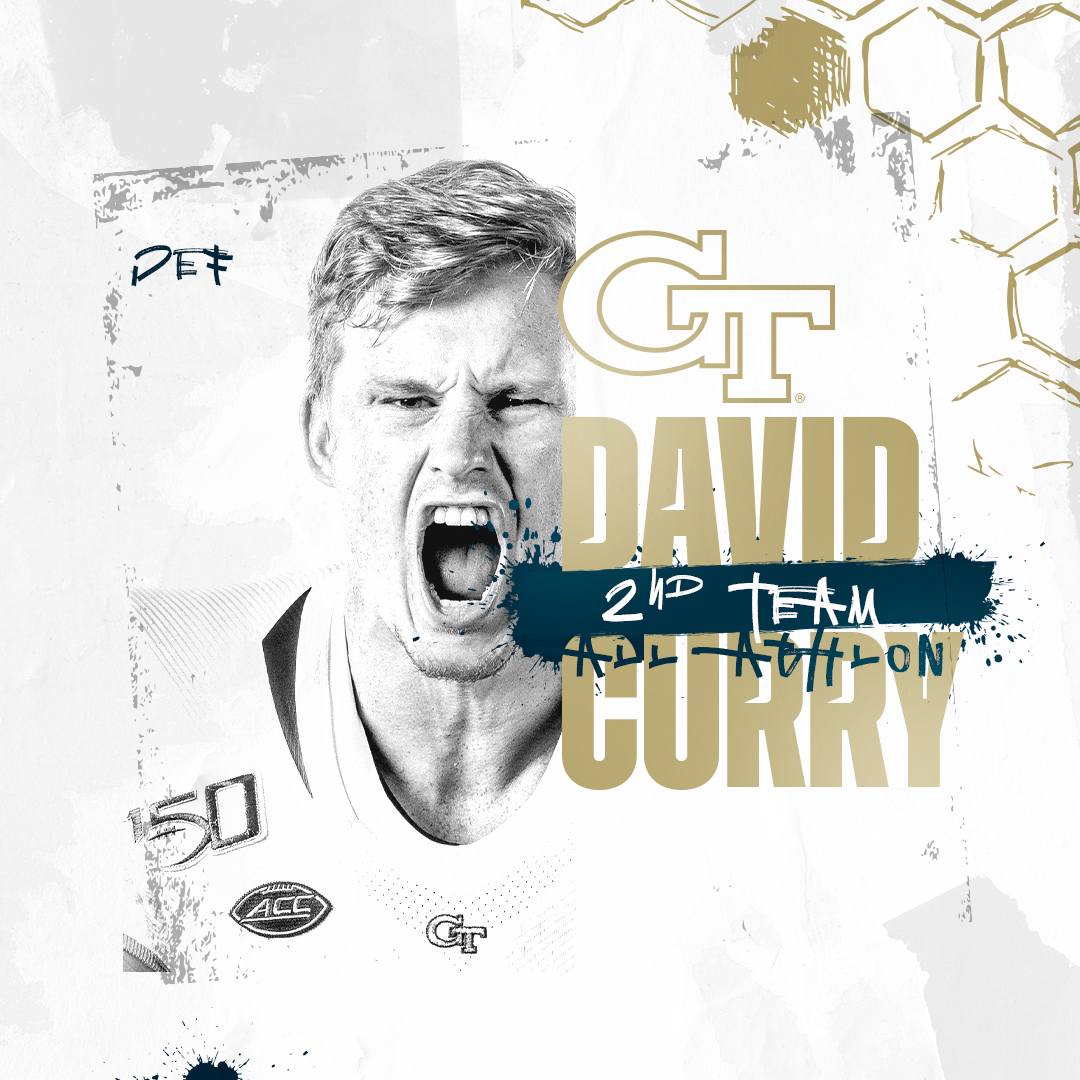 Named an honorable mention all-ACC performer in 2019, Curry led Georgia Tech and ranked eighth in the ACC with 97 tackles and was one of only four Power Five conference players to record at least 97 tackles, an interception and a fumble recovery during the 2019 regular season. His 16 tackles versus North Carolina were tied for 36th-most by any NCAA Division I FBS player in a single game last season. 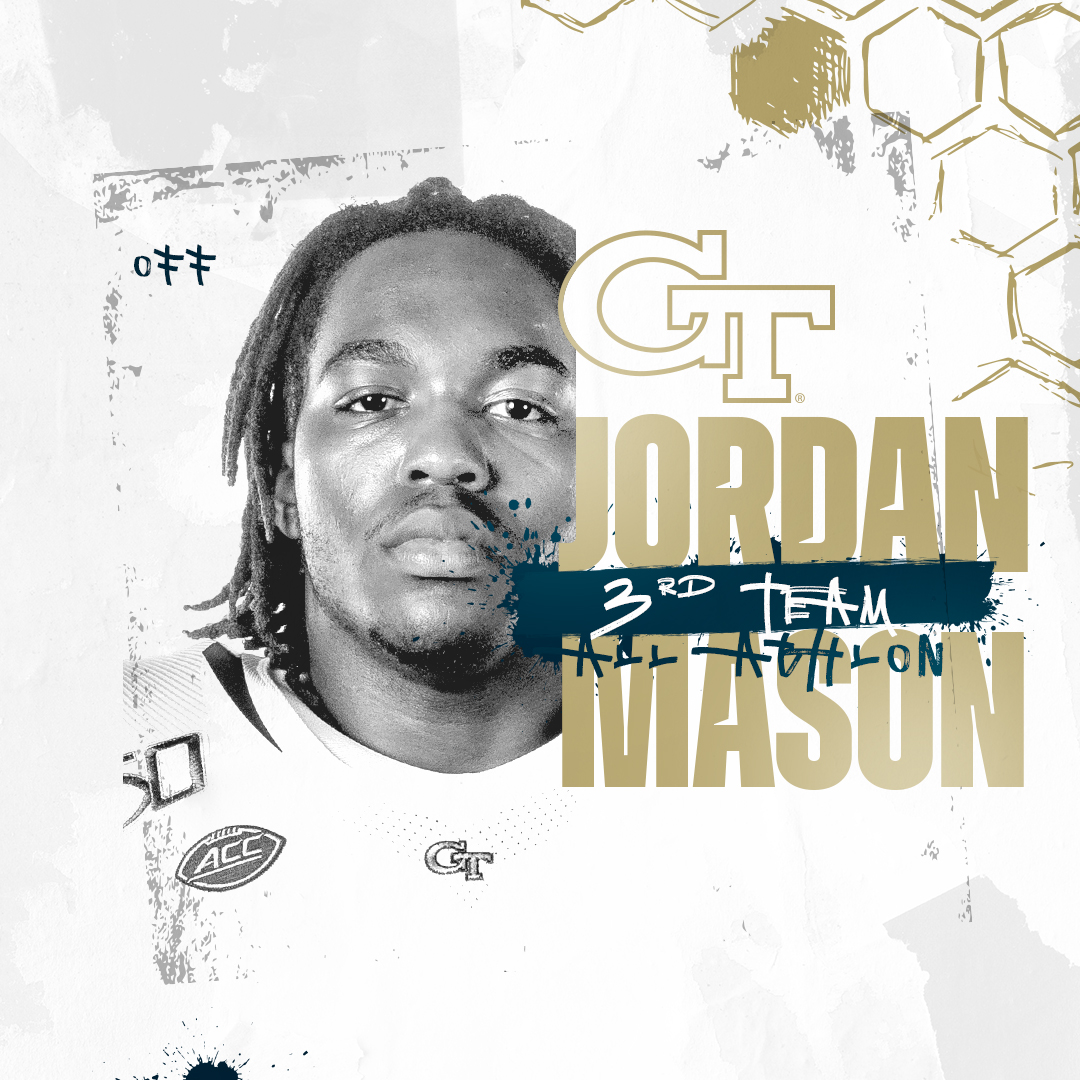 Mason was named to the 2019 all-ACC third-team after leading Georgia Tech with a career-high 899 rushing yards and seven touchdowns, good for seventh and ninth in the ACC, respectively. He had three 100-yard games, including 141 yards apiece in wins over Miami and NC State. He also ran for 99 yards in the Yellow Jackets’ victory over USF. Just two seasons into his collegiate career, the junior already ranks 27th in Georgia Tech history with 1,558 career rushing yards. 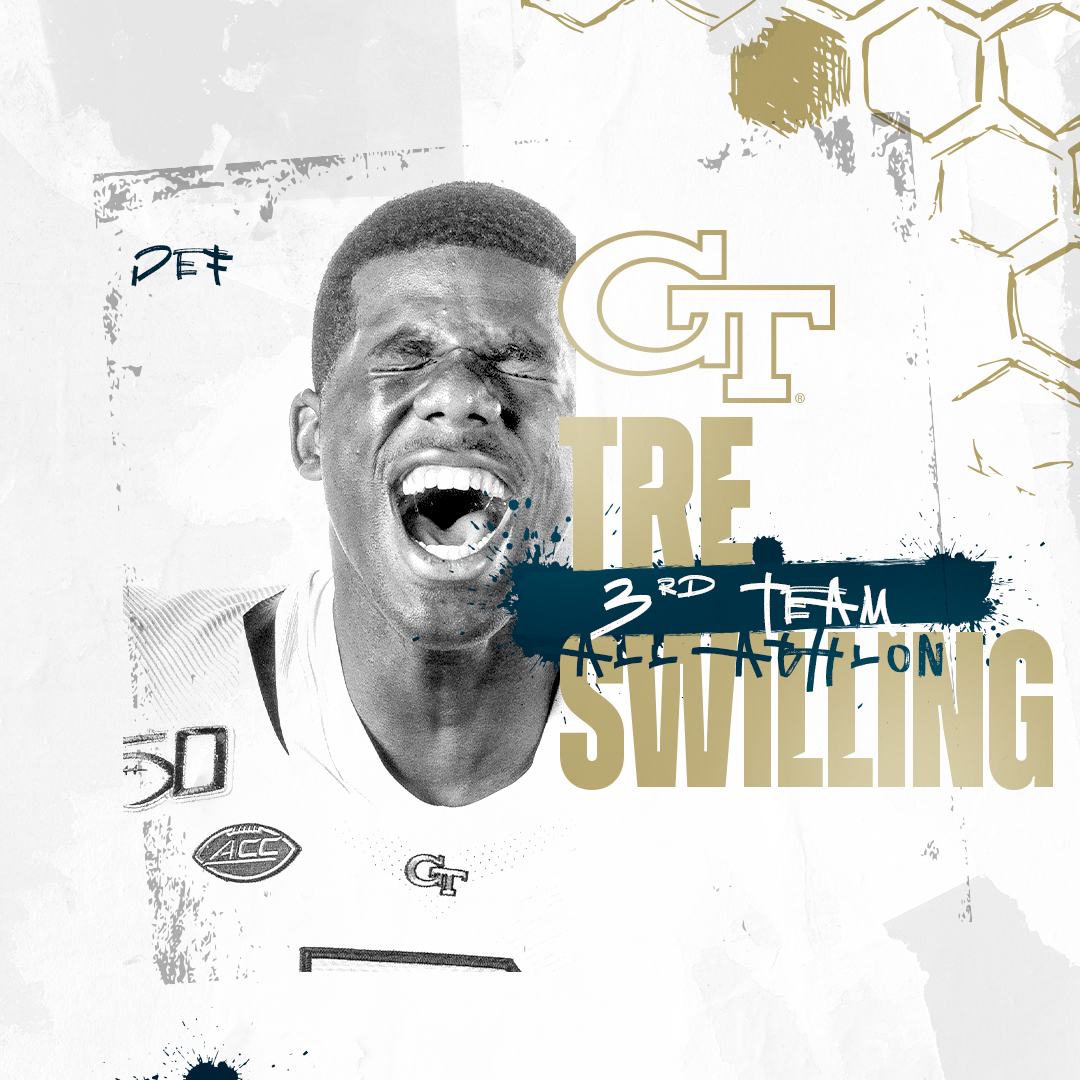 Swilling also earned honorable mention all-ACC recognition last season as a sophomore after tying for 10th in the conference with 11 passes defended. He also recorded an interception, 23 tackles and two tackles for loss from his cornerback position in 2019. Locking down receivers, Swilling helped Georgia Tech hold five of its opponents to 200 passing yards or less. Swilling was also named to the official watch list for the 2020 Lott IMPACT Trophy. 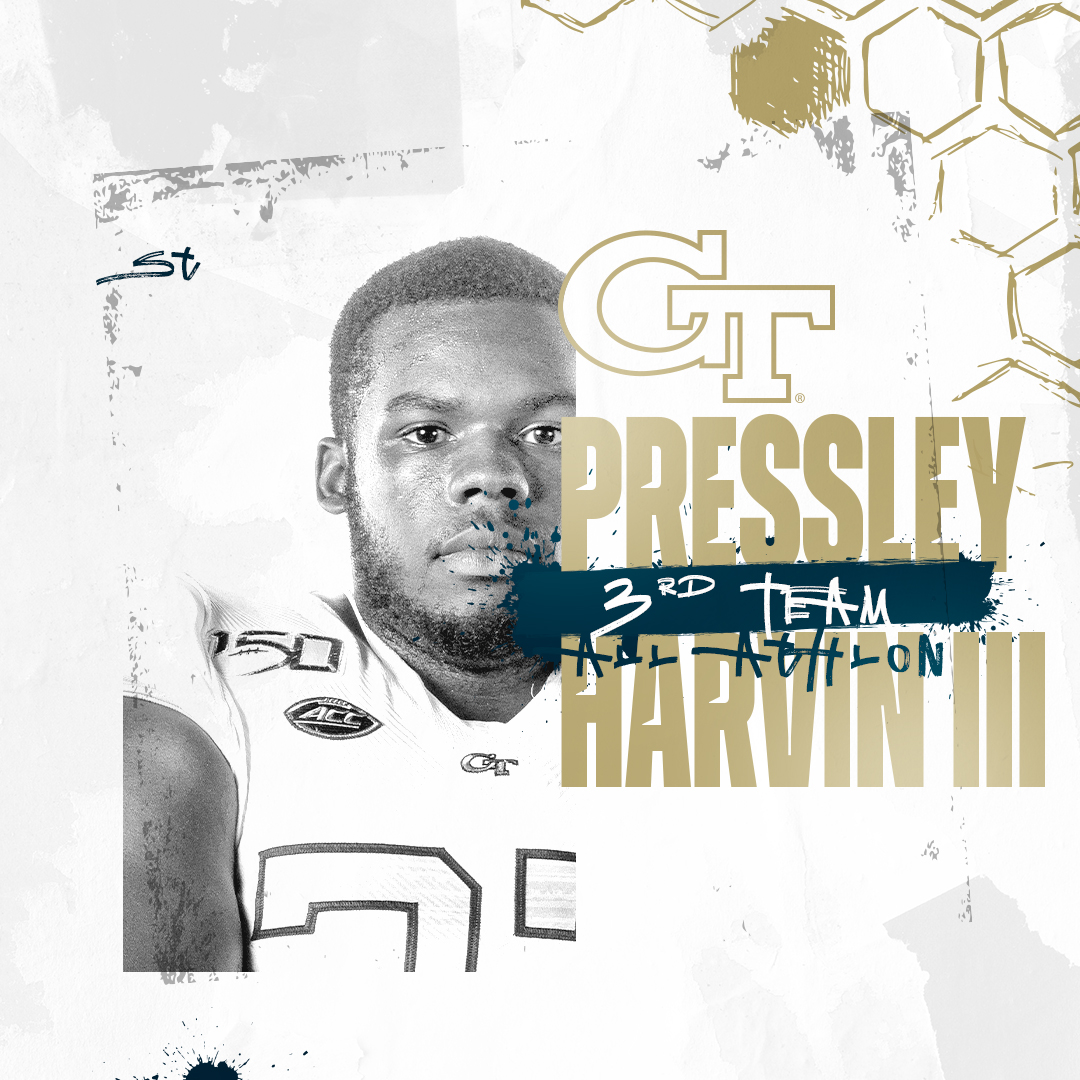 Harvin III continued to be one of the top legs in the country in 2019 as he ranked fifth in the ACC and 17th nationally averaging 44.8 yards per punt last season. With his numbers a year ago, Harvin III has now accounted for two of Georgia Tech’s top-five single-season punting averages in program history (2017, 2019). He earned ACC Co-Specialist of the Week honors last season after booming six punts at Miami (Fla.) for a 45.5-yard average, while also tossing a 41-yard touchdown throw to running back Nathan Cottrell on a fake punt. 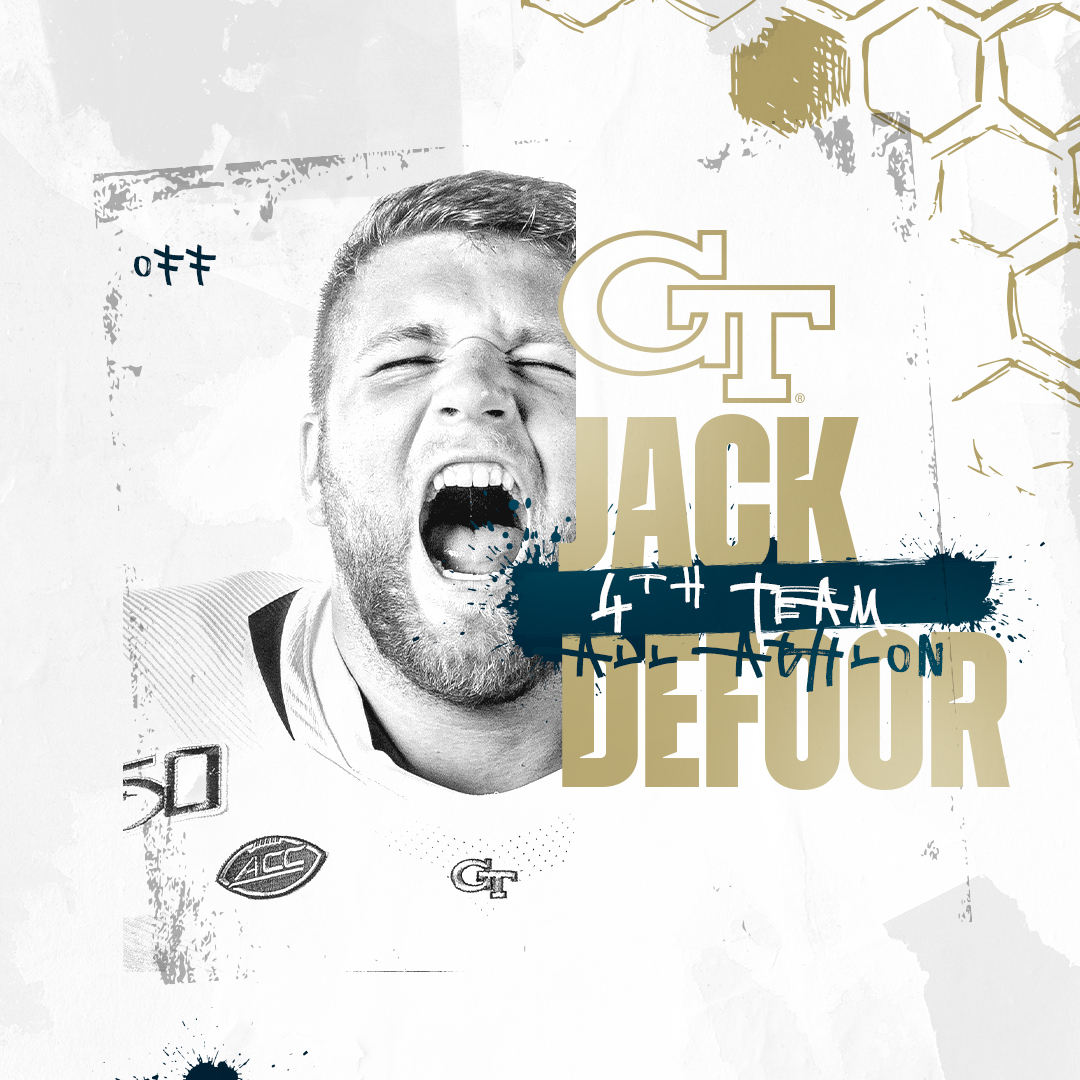 One of the ACC’s most steadfast offensive lineman, DeFoor started 11 games as a redshirt junior last season, one game at right tackle and 10 games at left guard. In a season that saw several moving pieces on the offensive line, DeFoor was a steady component to an offensive line that helped Georgia Tech average 4.1 yards per rush and Mason accumulate three 100-yard rushing games. En route to honorable mention all-ACC recognition for the Jackets last season, DeFoor also helped the offensive line surrender zero sacks in two of the last four games of 2019. 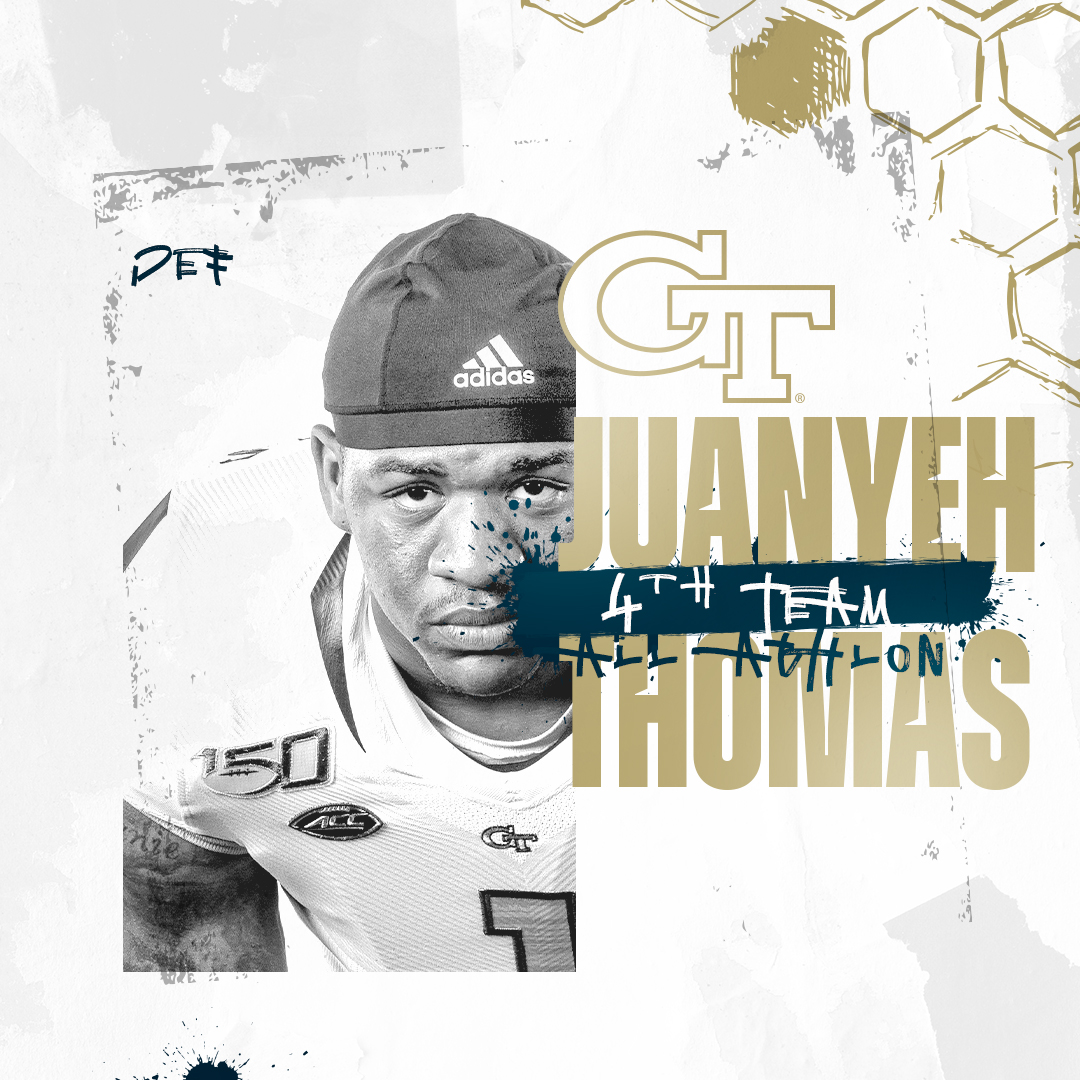 In his first season seeing extensive action on defense, Thomas ranked fourth on the team with 60 tackles and four passes defended. As a sophomore, Thomas added an interception, a forced fumble and two-and-a-half tackles for loss. His acrobatic interception against Pitt on Nov. 2 earned him the weekend’s “Best Ball Hawk” award from ESPN’s SportsCenter. Holding the backline, Thomas helped Georgia Tech hold five of its opponents to 200 passing yards or less.