Six B Cuts Power Tech to Two Golds on Day 2

THE FLATS – Georgia Tech swimming and diving took two gold medals and collected six NCAA B qualifying times on a strong second day of the Georgia Tech Invitational on Saturday at the McAuley Aquatic Center.

“I thought overall we had a good morning and swam well in the afternoon, but there is room for us to improve,” head coach Courtney Shealy Hart said. “It was another really good day for our divers. Ruben won the 1-meter and was only a couple points from breaking the school record and Carmen and Jacob both finished in the top 10. Caio won the 100 breast, Carrie set a new personal record and was only a few tenths away from breaking the school record in the 100 back. I thought Emily swam a strong 200 free and there were multiple lifetime and season bests. I’m really excited to get back tomorrow. The morning is going to be key for us as we look to finish the invite strong.”

Freshman Ruben Lechuga won gold on the 1-meter board with a Zone qualifying score of 386.50, good for second in program history and just two points shy of the school record.

In the pool, junior Caio Pumputis took first in the 100 breast with a B qualifying time of 53.01, while junior Christian Ferraro earned B qualifying times in his 100 fly prelim (47.11) and final (47.37), finishing seventh overall. 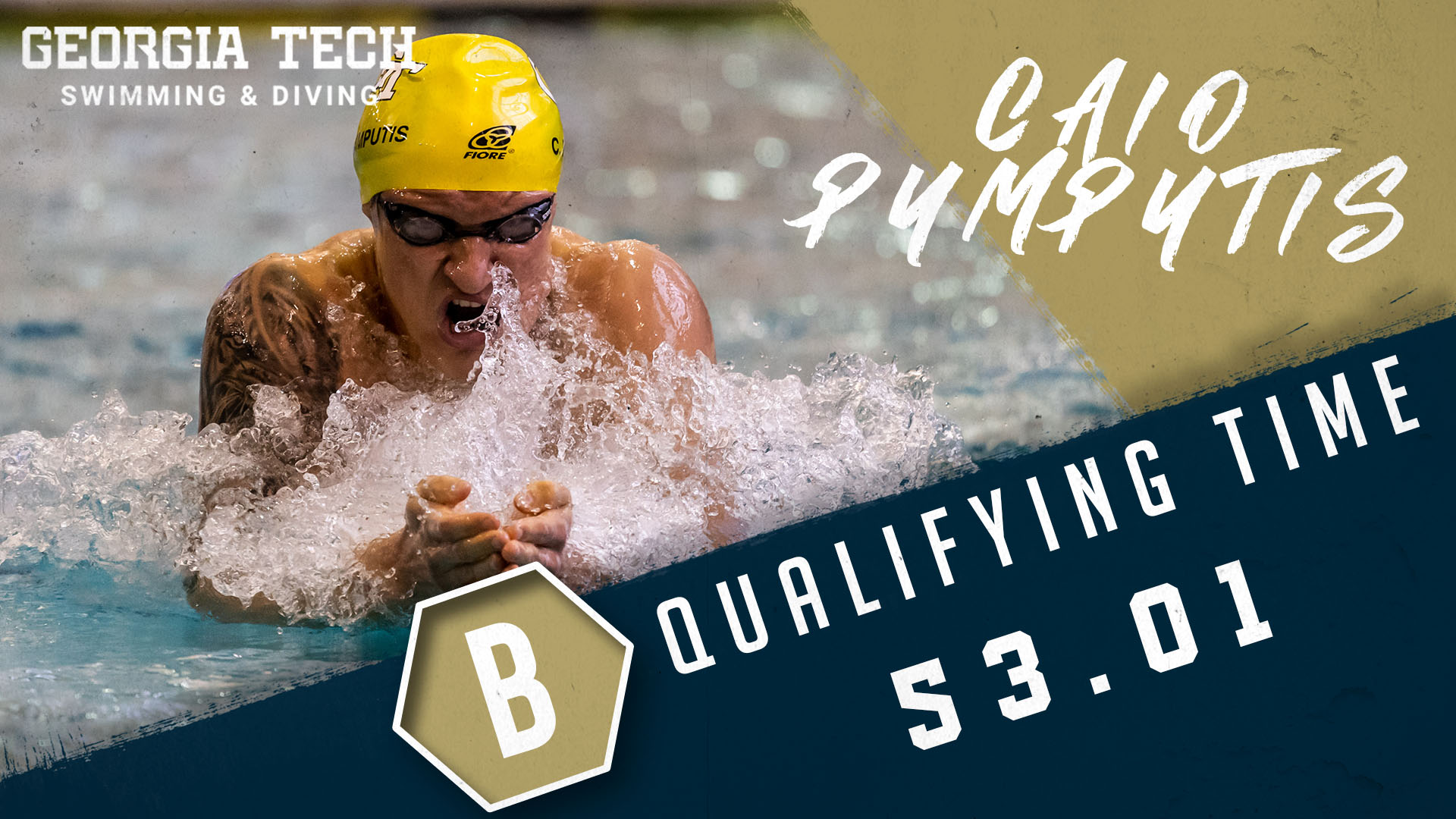 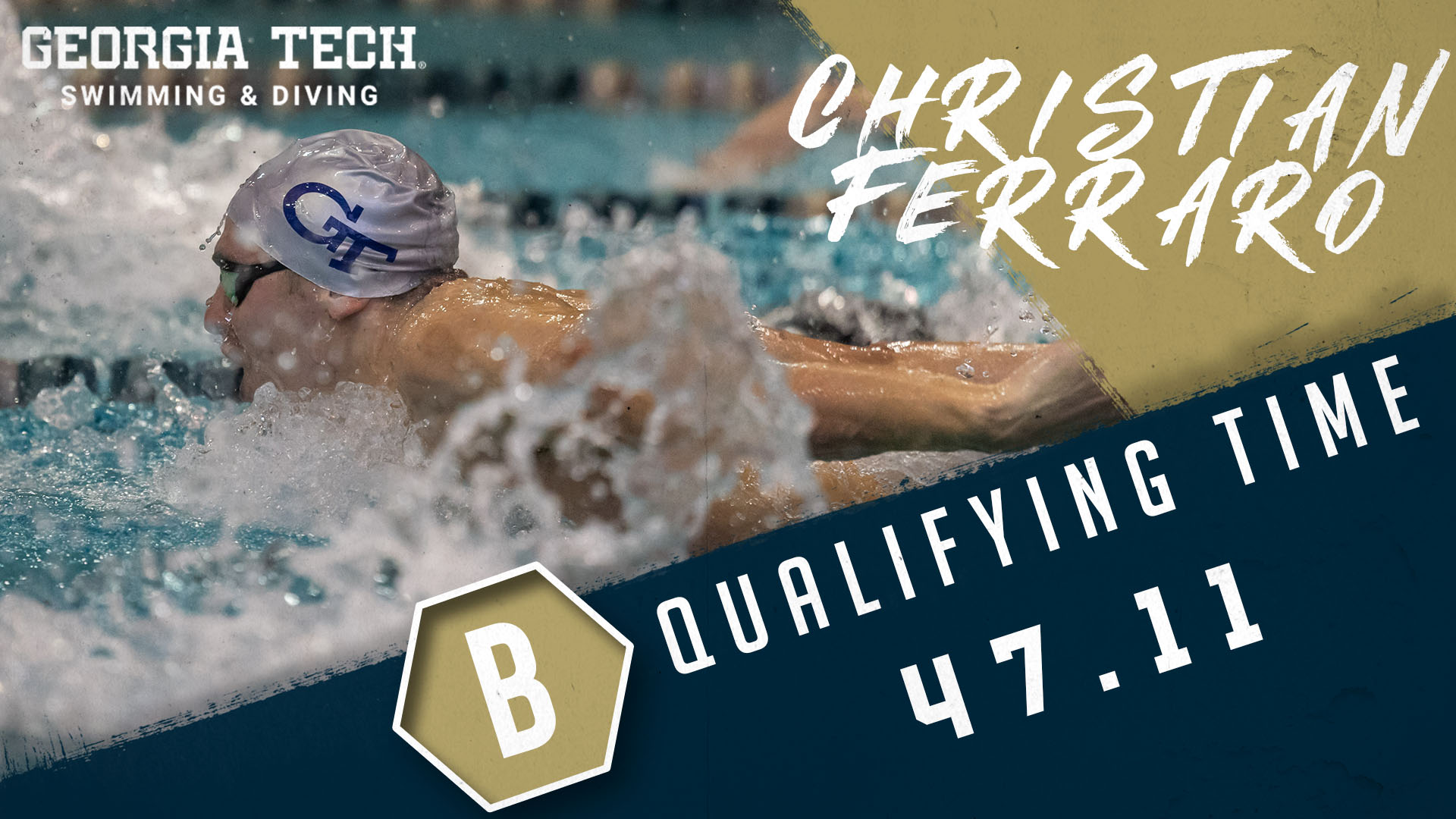 On the women’s side, senior Caroline Lee earned two B qualifying times in the 100 back, setting a new PR in her prelim (53.42) followed by an eighth-place finish in the final (53.47). Senior Kristen Hepler turned in a B qualifying time in her 400 IM prelim (4:17.29), while in the 200 free, senior Emily Ilgrenfritz set a new PR, finishing in 1:47.45 and earning the fourth-fastest time in program history. She was the top finisher in the B final, with a time that would have landed her fifth overall. 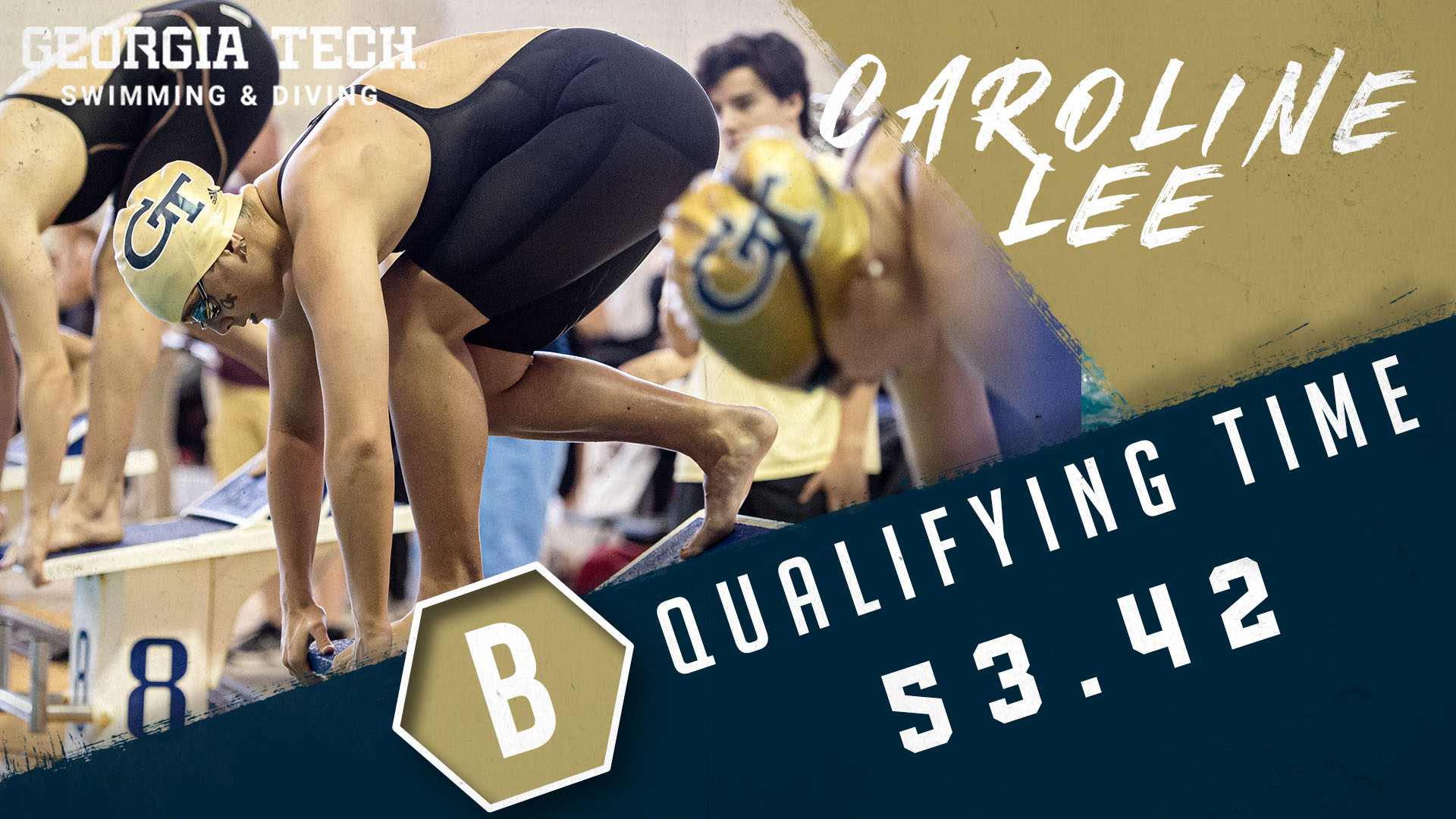 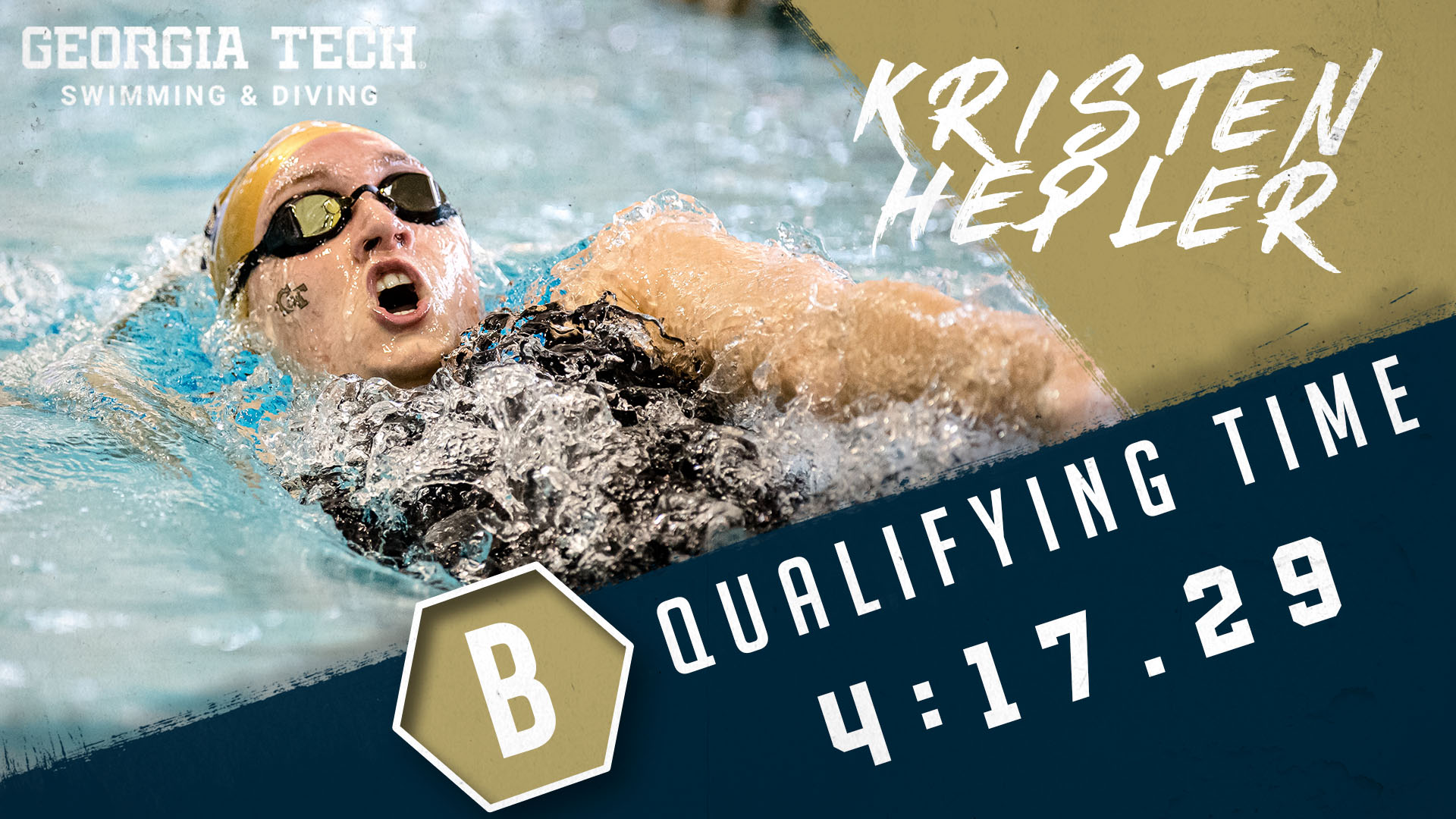 The Tech men currently sit fifth in the standings, ahead of No. 6 Florida, with 469 points, while the women are in sixth with 304 points.

The Georgia Tech Invitational will conclude on Sunday, Nov. 24 at the McAuley Aquatic Center with prelims beginning at 10 a.m. and finals starting at 5:30 p.m. Both prelims and finals will be broadcast live on ACC Network Extra.

The team of sophomore Kyle Barone, Pumputis, Ferraro and junior Corben Miles kicked off the final with a fourth-place finish in the 200 medley relay, turning in a time of 1:26.35, which ranks fifth on the Jackets’ all-time list.

In the 100 breast final, sophomore Tanner Doan finished eighth in the B final (18th overall) with a time of 55.33, while junior Jonathan Yang turned in an impressive C final time of 54.96, which would’ve placed just outside the top 10.

Junior Leon Warnakulasuriya finished ninth in the B final of the 100 back (50.49), while freshman AJ Carroll won the C final with a time of 49.64.

Junior Jacob Kreider also made the final for the Jackets on the boards, placing ninth on the 1-meter with a Zone qualifying score of 304.80. 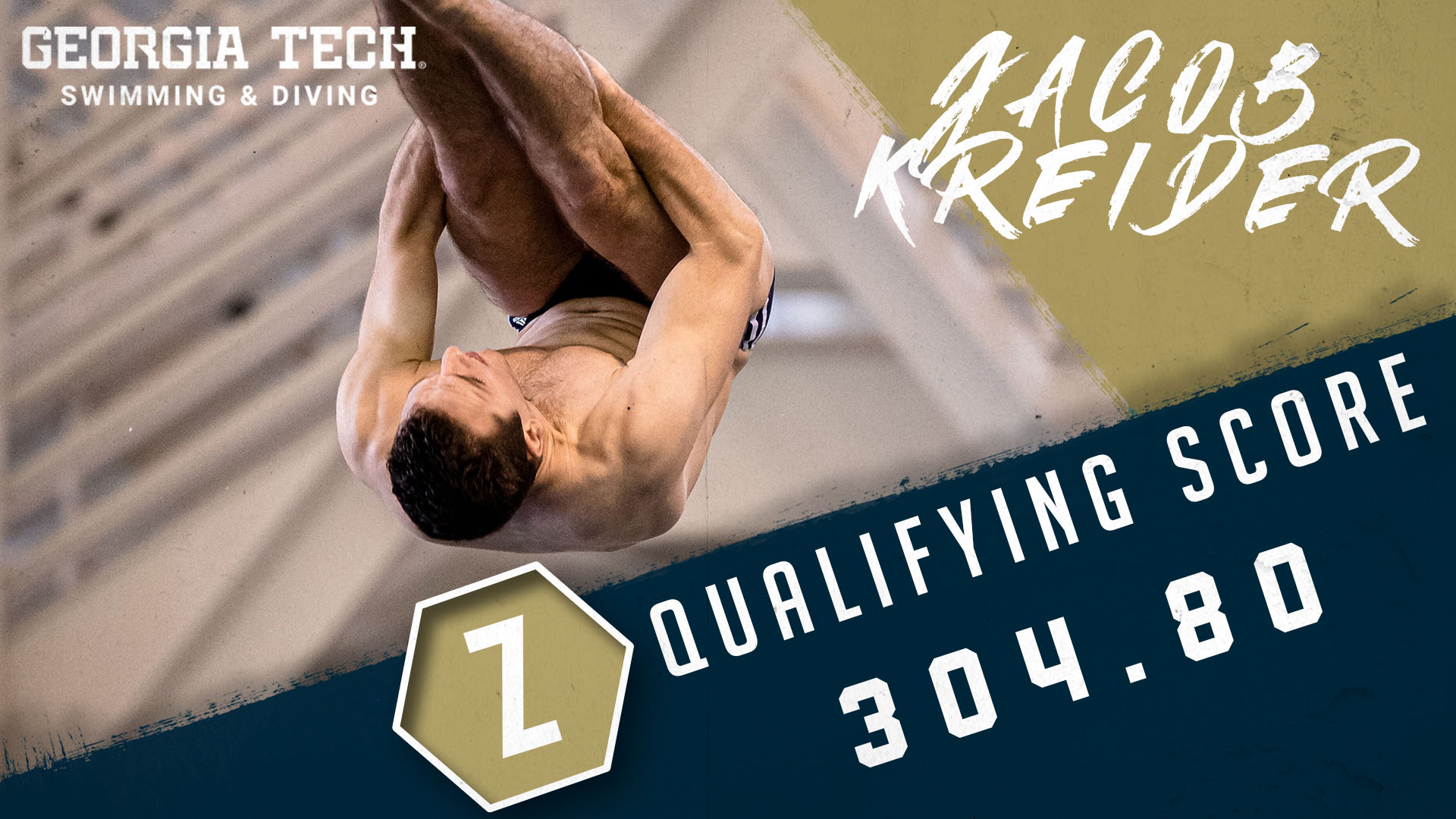 The team of Lee, Williams, senior Miller and Paschal was Tech’s top finisher in the 200 medley relay, placing seventh with a time of 1:42.02. While in the 800 free relay Ilgenfritz, Switzer, freshman Kyrsten Davis and Hepler finished sixth with a time of 7:22.93.

On the boards, freshman Carmen Woodruff finished eighth on the 3-meter with a Zone qualifying score of 290.00. 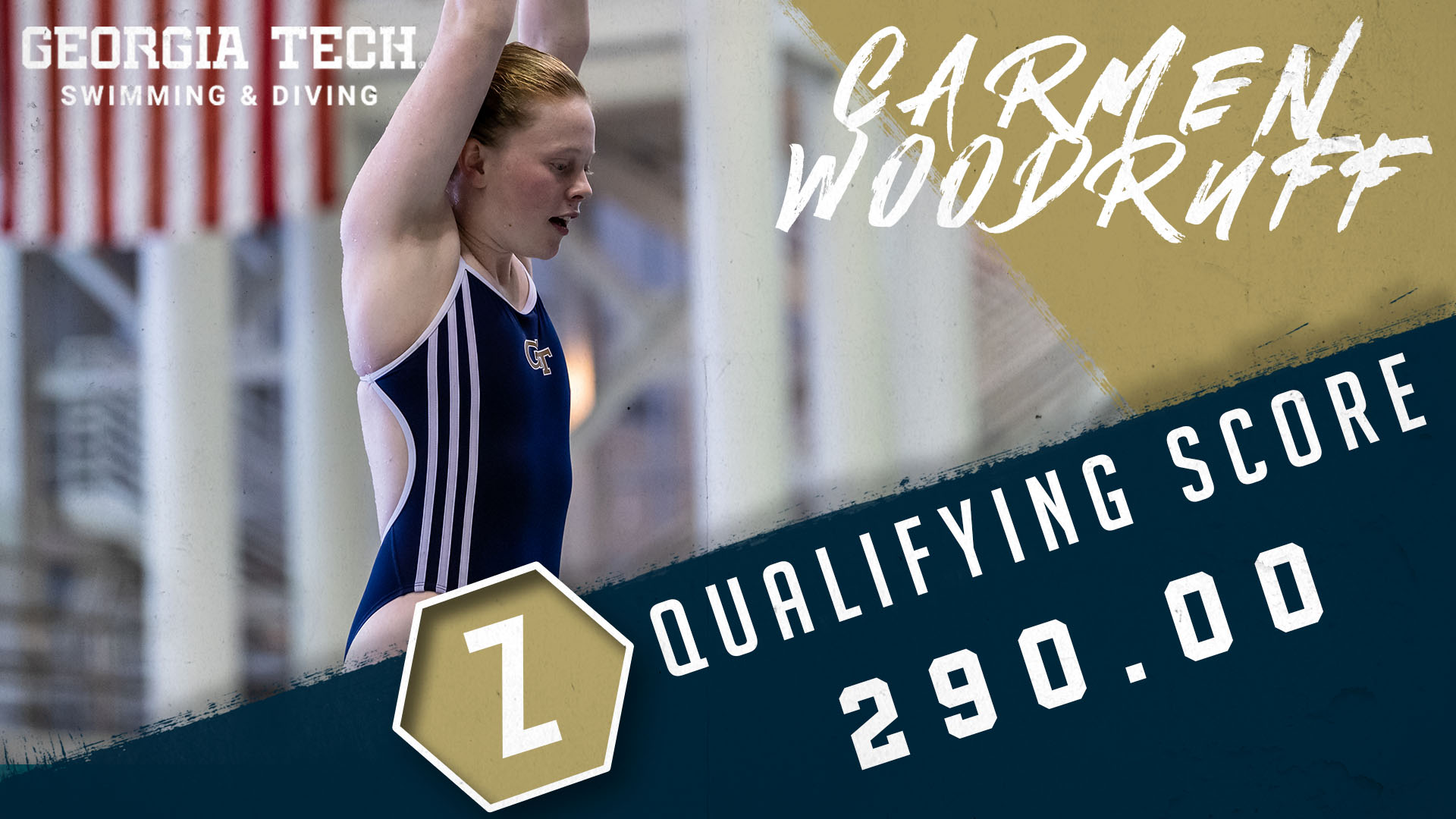 Don’t get shut out!