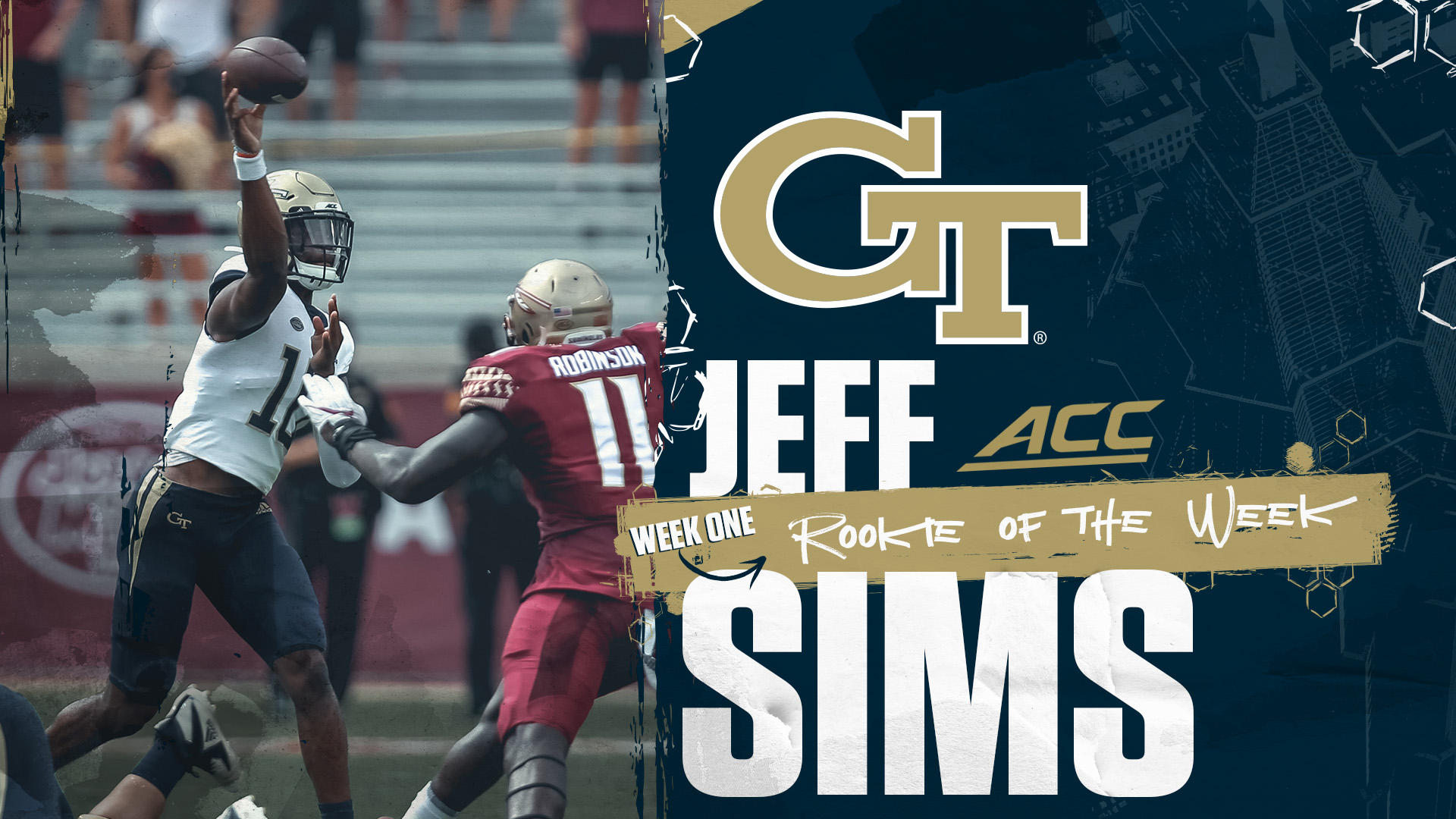 Becoming the first true freshman quarterback to start a season-opener for Georgia Tech since 2003, Sims shined in his debut, amassing 341 yards of total offense. The Jacksonville, Fla. native completed 24 passes on the night – the most for a Tech freshman since 2003 – to a whopping 10 different targets for 277 yards, which is the most by any Yellow Jackets quarterback since 2014. Tech knotted the game at 13 apiece when Sims connected with Malachi Carter in the third quarter on a 15-yard touchdown pass, the first of Sims’ career.

Sims also led the game with 64 yards of rushing on the night, averaging nearly 5 yards per carry. 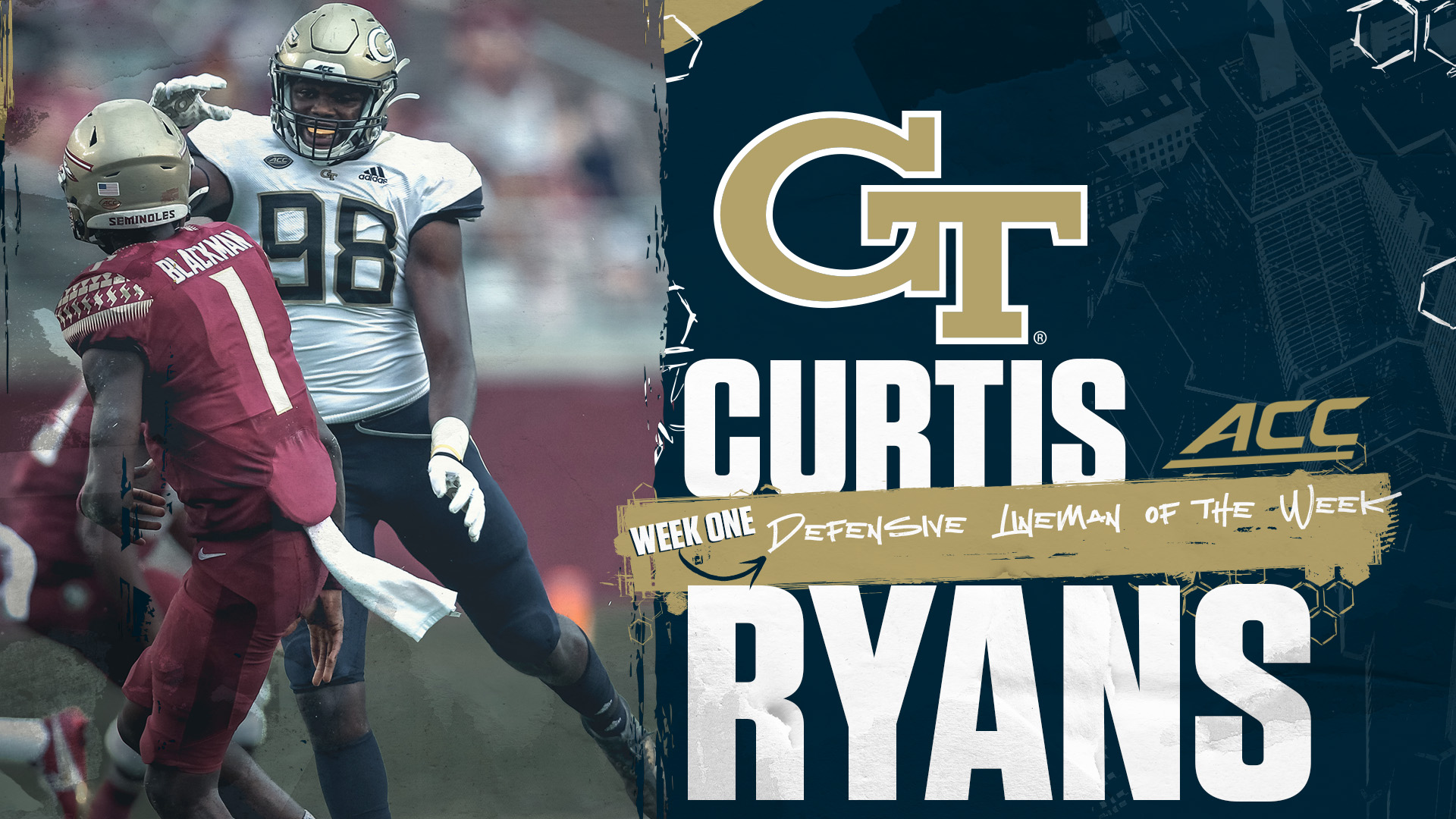 Making only his third start of his career, Ryans recorded the first two sacks and first two forced fumbles of his career on Saturday, all at pivotal moments of Georgia Tech’s second-half surge. The Kennesaw, Ga. native’s sacks came on back-to-back plays midway through the fourth quarter, with the second sack resulting in a fumble that was taken by David Curry to FSU’s 11-yard line, setting up the Jackets’ go-ahead field goal with 8:56 remaining in the game.

Ryans would once again come up big, forcing his second fumble on Florida State’s ensuing possession to thwart any chance the Seminoles had at tying or regaining the lead. Overall, Ryans finished with a career-high-tying four total tackles to go along with the two tackles for loss, sacks and fumbles.