THE FLATS – For the second time this season, Georgia Tech quarterback Jeff Sims (Jacksonville, Fla./Sandalwood) has been named the Atlantic Coast Conference Rookie of the Week, the ACC announced on Monday. Sims’ latest honor comes on the heels of him totaling 313 yards of offense and accounting for three touchdowns in last Friday’s 46-27 win over Louisville. 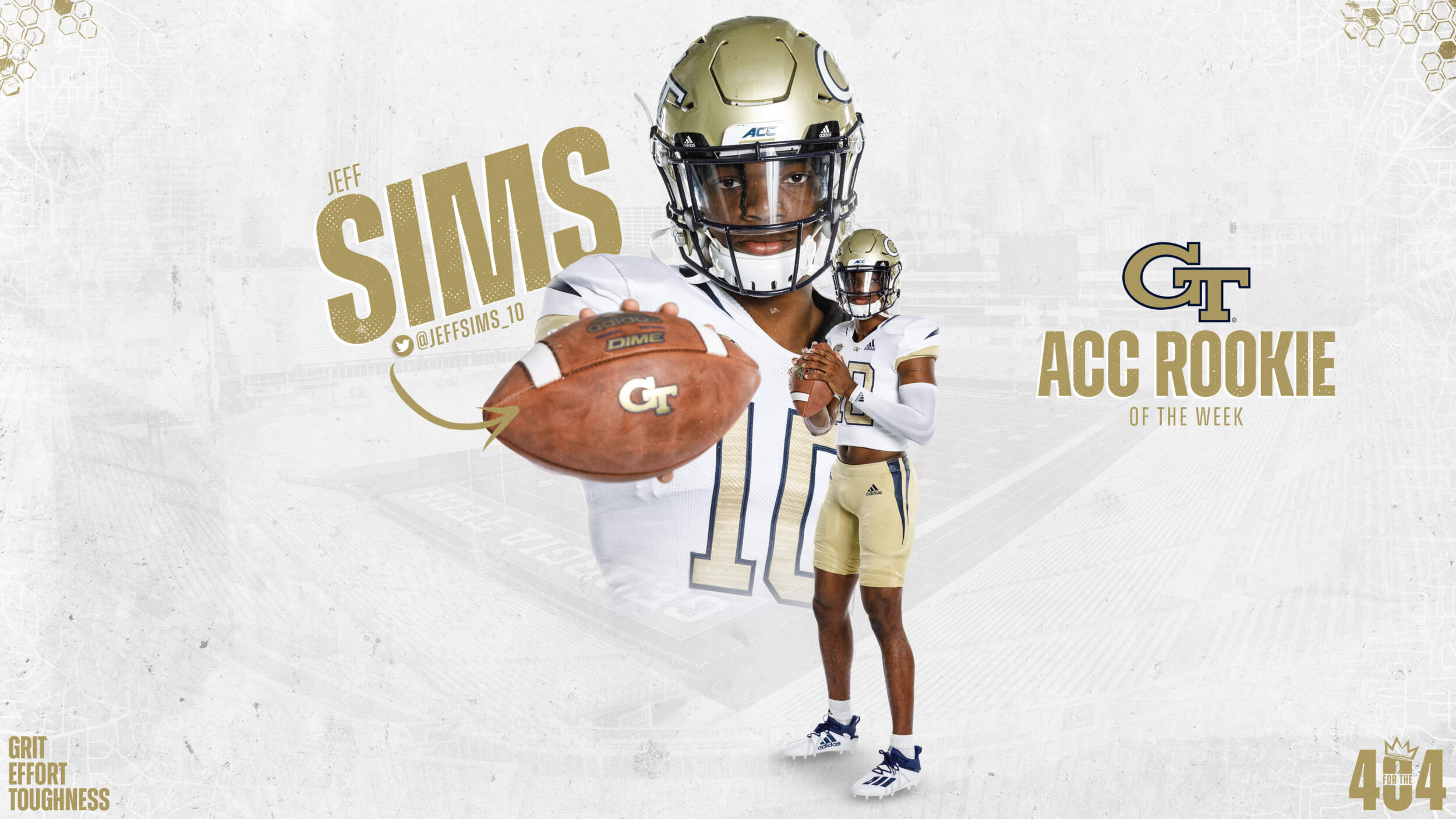 Sims threw for 249 yards and two touchdowns and ran for a team-high 64 yards and another score in the Friday night home win over Louisville. Only 12 times this season has a quarterback thrown for at least 240 yards and run for 60 or more in a game, and Sims owns three of those 12 performances. He is only player in the nation to accomplish the feat more than twice and the only freshman (true or redshirt) to do it even once.

He helped lead Georgia Tech back from a 21-7 deficit late in the second quarter, which is tied for the second-largest deficit that the Yellow Jackets’ have ever overcome in an ACC win.

Georgia Tech (2-2, 2-1 ACC) has won three of the ACC’s four Rookie of the Week honors this season. In addition to this week, Sims also earned the honor for his performance in the Yellow Jackets’ season-opening win at Florida State. The next week, true freshman running back Jahmyr Gibbs (Dalton, Ga./Dalton) was named ACC Rookie of the Week following his collegiate debut against No. 13-ranked UCF.

Sims and the Jackets return to action on Saturday when they host top-ranked Clemson. Kickoff is set for noon at Bobby Dodd Stadium. The game will be televised nationally on ABC.