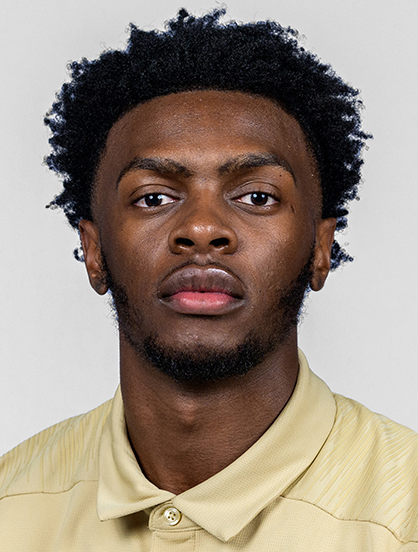 Atlanta-area product who transferred to Georgia Tech following two standout seasons at VMI, where he made the All-Southern Conference team as a sophomore and was named SoCon Freshman of the Year … High-volume three-point shooter who can score in a variety of ways despite his small stature … Was granted immediate eligibility by the NCAA on Sept. 11, and has one season of eligibility remaining at Tech … Has five brothers and sisters … Enjoys bowling … Studied psychology at VMI; enrolled in history, technology and society at Tech.

Started six games while Jose Alvarado was sidelined, averaged 26.5 minutes per game … Averaged 5.2 points and 1.8 assists per game, and went 26-of-30 at the free throw line … Tallied six double-figure scoring games this season, all against power conference teams (Georgia, Arkansas, Syracuse, Kentucky, North Carolina, Virginia Tech) … In ACC games, hit 29.6 percent of his threes and averaged 2.0 assists while averaging 25.3 minutes off the bench … Had 16 games with zero or one turnover … Ranked No. 18 among 2019-20 transfer class by Stadium’s Jeff Goodman, who quoted a scout as saying, “He’s a badass. Cat-quick combo guard who can score 40. Elite in ball screens, deep range and can really pass.”

Made the All-Southern Conference second teams by both the league’s coaches and media … Topped the SoCon in scoring with 21.4 points per game, and became the 41st player in VMI history to reach the 1,000-point mark with a career-high 38 points Feb. 23 at Western Carolina … Ranked third in the SoCon with 3.63 three-point field goals per game, hitting 39.7 percent of his attempts, and had 10 games with five or more three-pointers made during the season … Led the team in assists with 105 (3.5 per game), which ranked sixth in the SoCon … Set career high with nine assists against The Citadel Mar. 2, and dished seven in two other games … Stood sixth in the SoCon in free throw percentage at 79.4 … Tallied 30-plus points in four consecutive games at one point in the season, becoming the first SoCon player since Stephen Curry of Davidson in 2017-18 to accomplish the feat … During the string, he scored a then-career-high 35 points with school record 10 three-pointers at Kentucky November 18 … Eclipsed that with 41 points against Western Carolina in the opening round of the SoCon Tournament, hitting 9-of-16 shots from the floor, 6-of-8 from three-point range and 17-of-18 from the free throw line; also had three assists and no turnovers in 36 minutes … Recorded nine 30-point games on the season, becoming the first conference player to do so since Stephen Curry reached the mark 15 times in 2008-09.

Named SoCon Freshman of the Year by the league media … Became the first VMI freshman to earn conference FOTY honors since D.J. Covington in 2010-11 (Big South Conference) and the first VMI SoCon FOTY since Jason Conley in 2001-02 … Topped the team in scoring with a 14.6 points per game average, sixth in the SoCon … Led or co-led VMI in scoring in 15 games, including eight straight conference games in January … Had 24 double-figure scoring games on the season … Had 15-game double-figure scoring streak snapped at Furman Feb. 20 (3 points) … Averaged 16.6 point in conference play, fourth in the league … Had seven games of 20 or more points, including a season-high 26 points with a season-high seven assists in win at Chattanooga Jan. 27 … Hit 50-foot shot at buzzer against Wofford Jan. 24 to preserve double-figures streak … Started all 30 games as a true freshman … Led team in free throw percentage with a 79.8 mark, which ranked fourth in the SoCon … Knocked down 12 of 12 from the free throw line in a 22-point college debut at NC State Nov. 10, marking the most points by a VMI freshman since Q.J. Peterson’s 25 points in second round of the CIT … Scored 21 points, including 17 after halftime to lead VMI past Charleston Southern Nov. 28 and also hit four 3-pointers that night … Scored 21 points and hit a career-high five 3-pointers against Furman Dec. 30.

Scored 1,341 points and averaged 14.1 points per game, 2.5 rebounds per game, and 2.2 assists at Brookwood High School in Snellville, Ga., and finished his career as the school’s No. 3 all-time leading scorer … Named 2016-17 Gwinnett Daily Post Player of the Year and 2016-17 Region 7 AAAAAAA Player of the Year … In 2015-16, Parham was named to the Deep South Classic All-Tournament Team and was selected second-team All-Region 8 AAAAAA … In his sophomore season, Parham was tabbed Deep South Classic Most Valuable Player, and the following season was named to the 2016 GACA North-South Junior All-Star game.