THE FLATS – Moses Wright recorded his third-straight double-double with 31 points and 16 rebounds to lead Georgia Tech to its fourth-consecutive Atlantic Coast Conference win, a 84-77 triumph over visiting Syracuse on Saturday afternoon at McCamish Pavilion.

With the victory, Georgia Tech (13-8, 9-6 ACC) clinched a winning record in ACC play for the second year in a row, marking the first time since 1988-89 and 1989-90 that the Yellow Jackets will post winning records in ACC play in consecutive seasons.

The lead switched hands twice in the opening minutes of the second half but a dunk by Wright gave Tech a 50-49 advantage with 14:23 to go and the Yellow Jackets never trailed the rest of the way. An 8-0 run midway through the half stretched the Jackets’ advantage to 10 points (63-53) and opened a span in which Tech made nine-straight field goals to lead by as many as 14 down the stretch. Six of the Jackets’ nine-straight made shots came on slam dunks – four by Wright and two by Jordan Usher.

The come-from-behind win marked the third time this season that Georgia Tech has overcome a halftime deficit to win (the Jackets also came from behind at halftime to defeat North Carolina on Dec. 30 and Notre Dame on Feb. 6).

Wright’s 31-point performance was the third 30-point game of his career and second against Syracuse (he scored a career-high 33 points against the Orange on Feb. 22 of last season at the Carrier Dome). He also became only the second Yellow Jacket to ever score at least 30 points and pull down at least 15 rebounds in an ACC game, joining Matt Harpring, who scored 30 points and grabbed 16 rebounds in a two-overtime loss at North Carolina on Feb. 8, 1998.

Usher scored 19 points on 7-of-11 shooting from the field and 5-of-6 from the foul line and Michael Devoe added 18 points to round out three Yellow Jackets in double-figures. Four different Jackets – Usher, Devoe, Jose Alvarado and Khalid Moore – had five or more assists each. As a team, Tech assisted on 26 of its 33 made field goals.

Georgia Tech puts its four-game winning streak on the line on Tuesday when it hosts a pivotal showdown versus Duke. Tipoff is set for 8 p.m. at McCamish Pavilion and the game will be televised nationally on ACC Network. 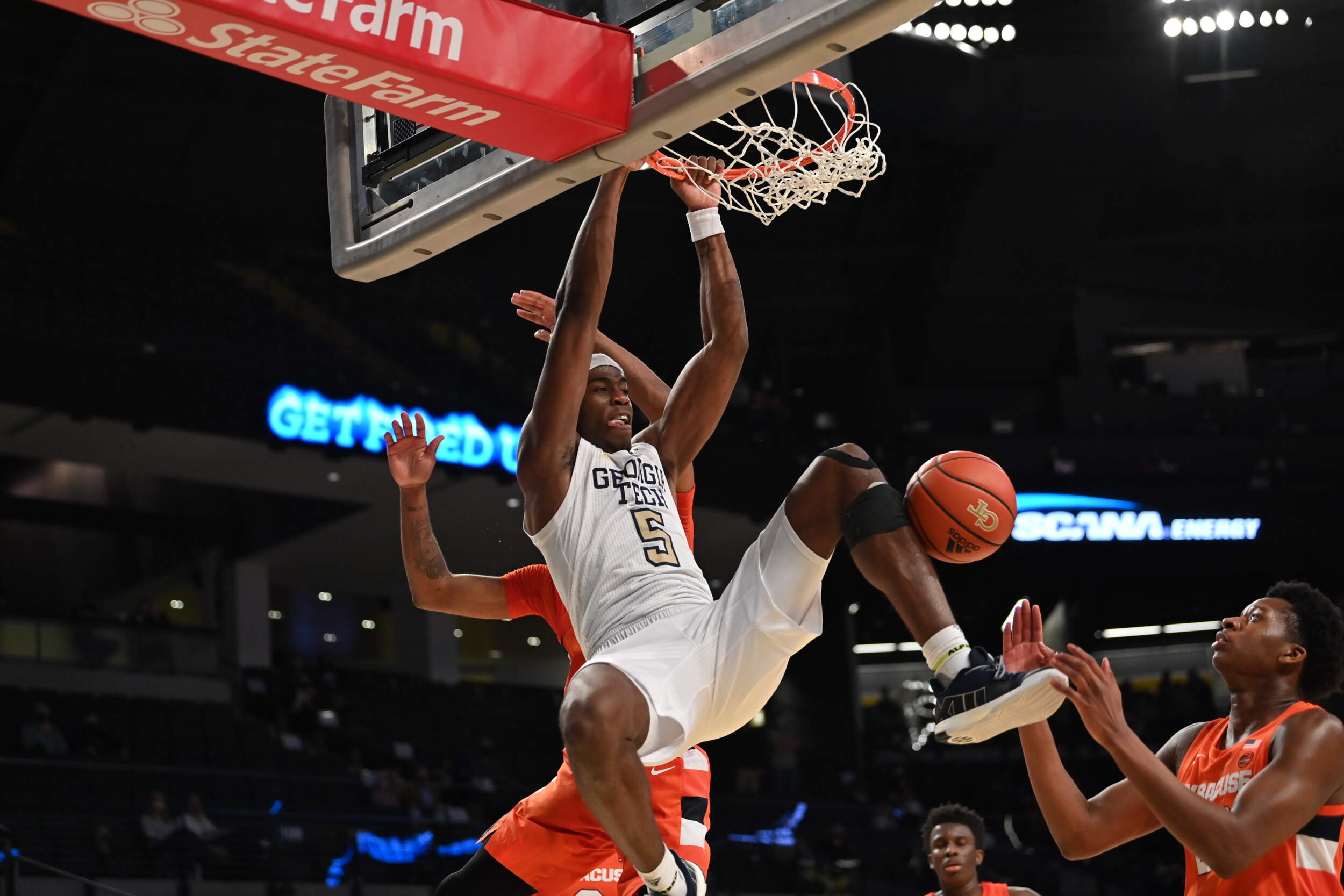