Tech Hits Big Shots Down the Stretch to Top Pitt

THE FLATS – Junior Michael Devoe’s 3-pointer with 4:20 to go in the game not only made him the 46th 1,000-point scorer in Georgia Tech men’s basketball history, but it also gave the Yellow Jackets the lead for good in a gritty 71-65 triumph over visiting Pitt on Sunday afternoon at McCamish Pavilion.

On Tech’s ensuing possession, Devoe hit a 3-pointer from the top of the key and the Jackets regained a 58-55 advantage. Georgia Tech would never relinquish the lead, outscoring the Panthers 16-10 down the stretch. Devoe scored nine of his 13 points in the final 4:20 of the game and added a huge steal with 1:35 to go. Devoe’s swipe of Pitt’s Abdoul Karim Coulibaly led to a 3-pointer by Bubba Parham that stretched the Jackets’ lead to six points at 65-59 with just 80 seconds remaining.

Three Yellow Jackets scored in double-figures (Moses Wright – 24, Devoe – 13 and Jose Alvarado – 12), but the story of the game for Tech was the defensive effort of junior forward Khalid Moore, who limited Pitt’s Justin Champagnie, the Atlantic Coast Conference’s leading scorer and rebounder coming into the day, to just six shot attempts and 13 points. Champagnie’s 13 points was just two-thirds of his league-leading 19.2-point average, and his six rebounds were little more than half.

Moore played a season-high 38 minutes while shadowing Champagnie and added seven points on 2-of-3 shooting from the field and 2-of-2 from the free-throw line.

Wright’s seventh 20-point game of the season came on 9-of-13 shooting from the floor and 5-of-6 from the line. Alvarado, Georgia Tech’s 6-foot point guard, led the team in rebounding with seven while adding five assists and a pair of steals.

Georgia Tech gets its first two-day break in a week before it hosts Boston College for a noon tipoff on Wednesday at McCamish Pavilion. The weekday mid-day special will be televised live on the ACC Network. 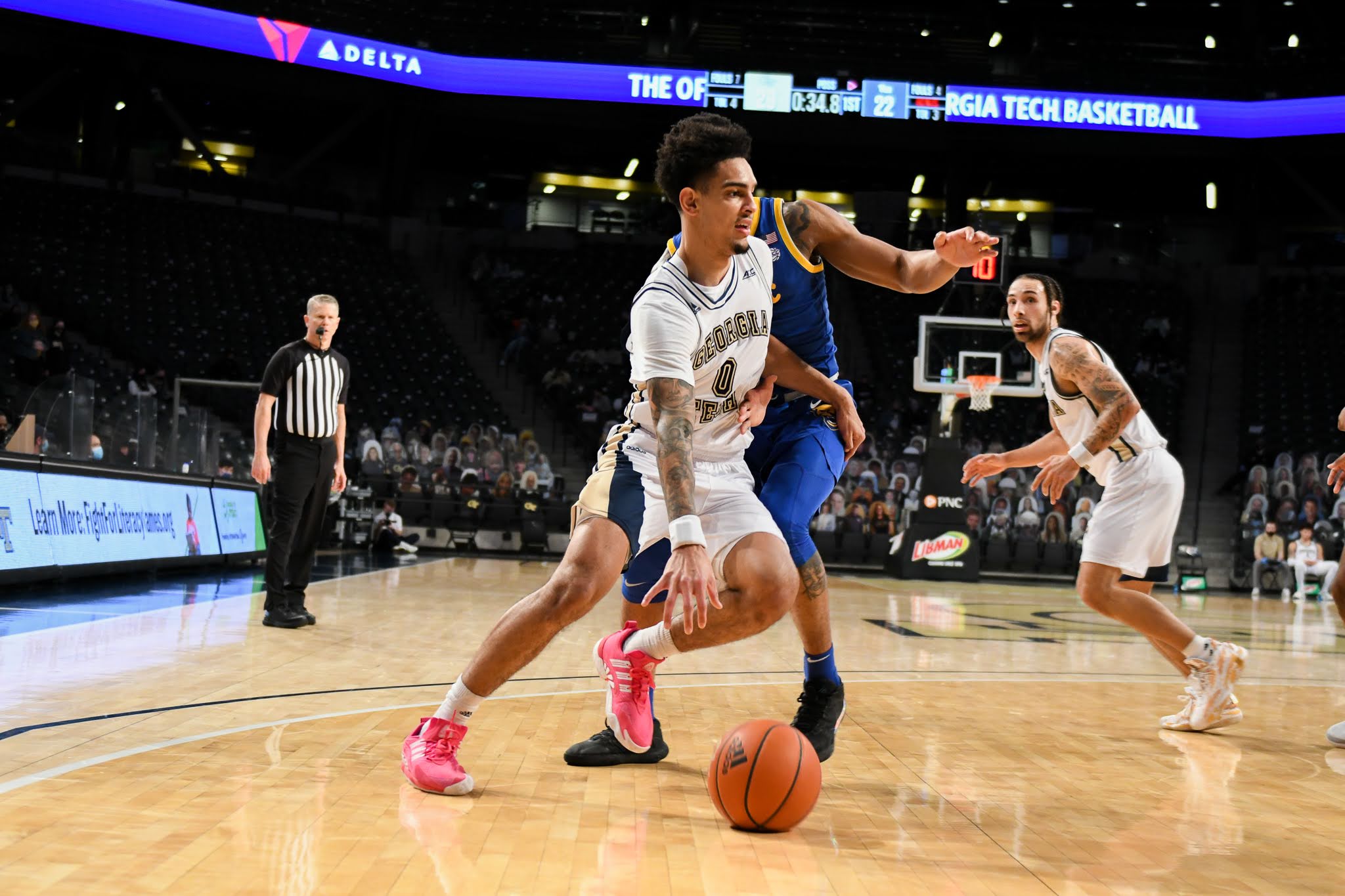 Michael Devoe scored nine of his 13 points in the final 4:20 of Sunday’s win over Pitt, including a go-ahead 3-pointer that also gave him 1,000 points for his career (photo by Anthony McClellan). 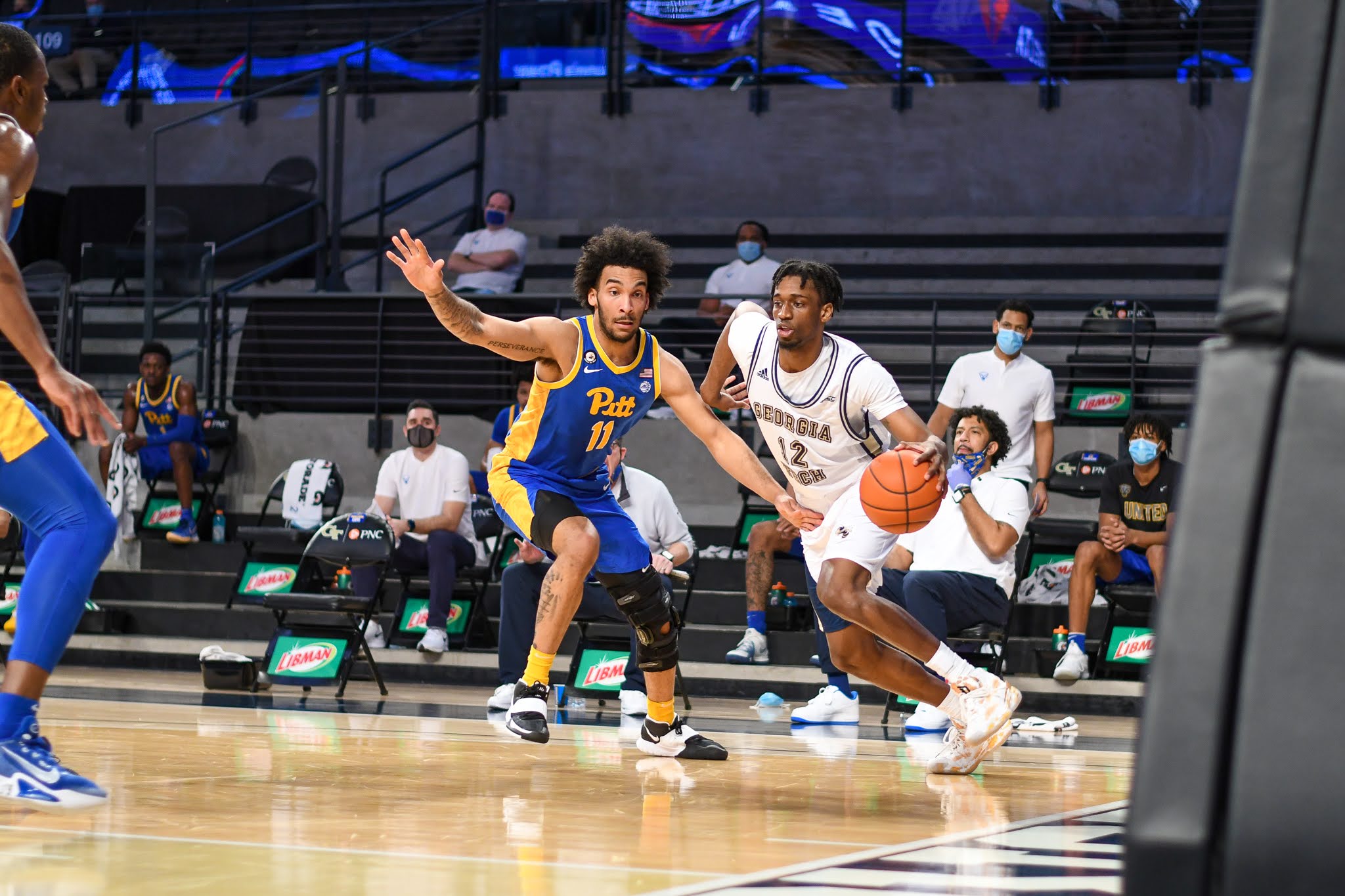 Khalid Moore scored seven points on 2-of-3 shooting, but his defense on Pitt’s Justin Champagnie was a key factor in Georgia Tech’s win over the Panthers (photo by Anthony McClellan).