Pittsburgh, Pa. – Michael Devoe paced Georgia Tech with 22 points and had seven assists, but Georgia Tech was undone by 22 turnovers and fell, 72-64, to Pittsburgh Saturday afternoon at the Petersen Events Center.

The Yellow Jackets (11-13, 5-8 ACC) hung tough against the Panthers (15-9, 6-7 ACC), rallying from a nine-point deficit early in the second half to tie the game, but Pitt answered with an 8-2 run behind key baskets from Trey McGowens and Xavier Johnson to pull away. Tech could get no closer than three points after that

Tech shot 48 percent for the game, getting 18 assists on 24 made field goals, and held Pitt to 42.1 percent, but the Panthers scored 20 points off the Jackets’ turnovers and had 14 points from offensive rebounds.

Pitt freshman Justin Champagnie scored a game-high 30 points, hitting 12-of-17 shots from the floor, including a trio of threes, with nine rebounds. Johnson scored 11 with seven assists, and McGowens added 14 with nine assists, and the duo turned the ball over just twice between them. The Panthers had 16 assists on 24 made field goals and turned the ball over just eight times total.

Georgia Tech returns home to take on No. 5 Louisville at 7 p.m. Wednesday, Feb. 4 at McCamish Pavilion. The game will be televised on the ACC Network. 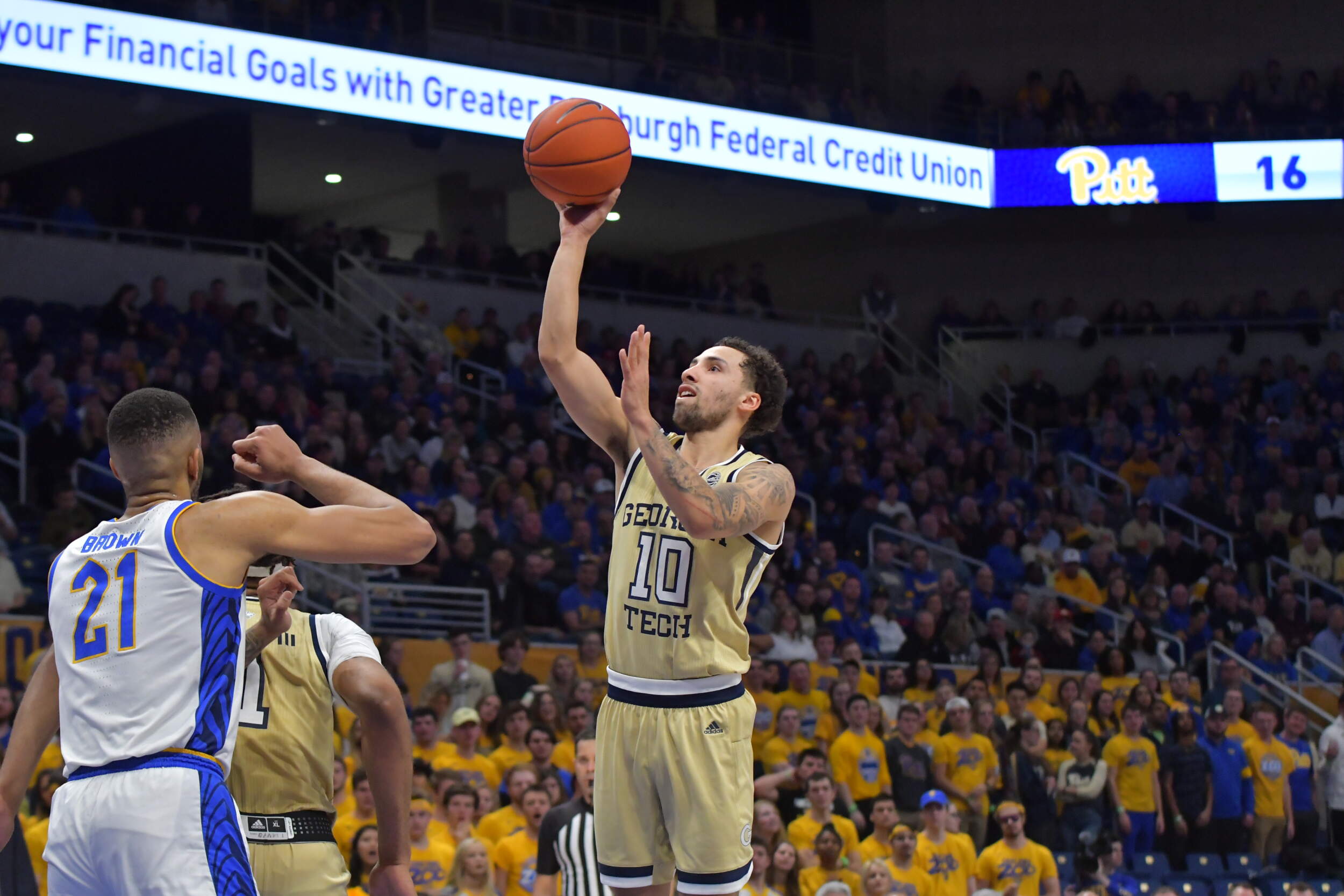