Jackets Rout Miami on the Road in Record Fashion

The 27-point win marked the largest margin of victory by Georgia Tech in an Atlantic Coast Conference game in program history. The Jackets gained momentum with a strong first half as Miami won the second half, 42-39, but wasn’t able to significantly cut into Tech’s 30-point halftime advantage.

Georgia Tech (11-8, 7-6 ACC) held a convincing 48-18 lead at halftime, marking the highest scoring half for the Jackets in an ACC game this season. Devoe and Wright combined for 26 points as Tech shot 63.3 percent (19-30) in the half, while limiting the Hurricanes (7-13, 3-12 ACC) to a 28.6 percent (6-21) effort from the floor. The Jackets recorded 13 assists on 19 made field goals in the first half, paced by Jose Alvarado’s five. On the defensive side, Tech swiped eight steals in the half to force 12 Miami turnovers.

Devoe added 13 points in the second half to keep the Hurricanes at bay as the Jackets shot 51.5 percent in the final 20 minutes to hold off Miami’s attempt to rally. Alvarado posted seven points in the second half to finish with 16. Along with becoming the 21st player in Georgia Tech history to own 1,000 career points and 500 rebounds, Wright posted a double-double with 12 rebounds to lead Tech’s performance on the glass, his fourth this season.

Tech won the rebounding battle, 35-26, and finished the game shooting 57.1 percent (36-63) from the field. Miami was led by Elijah Olaniyi with 18 points, followed by Anthony Walker with 16 and Nysier Brooks with 12.

Tech returns to action Tuesday night with another road trip, this time to Blacksburg, Va., for a 7 p.m. contest against No. 16/17 Virginia Tech at Cassell Coliseum. The game will be televised live on the ACC’s Regional Sports Network (Fox Sports South in Georgia). 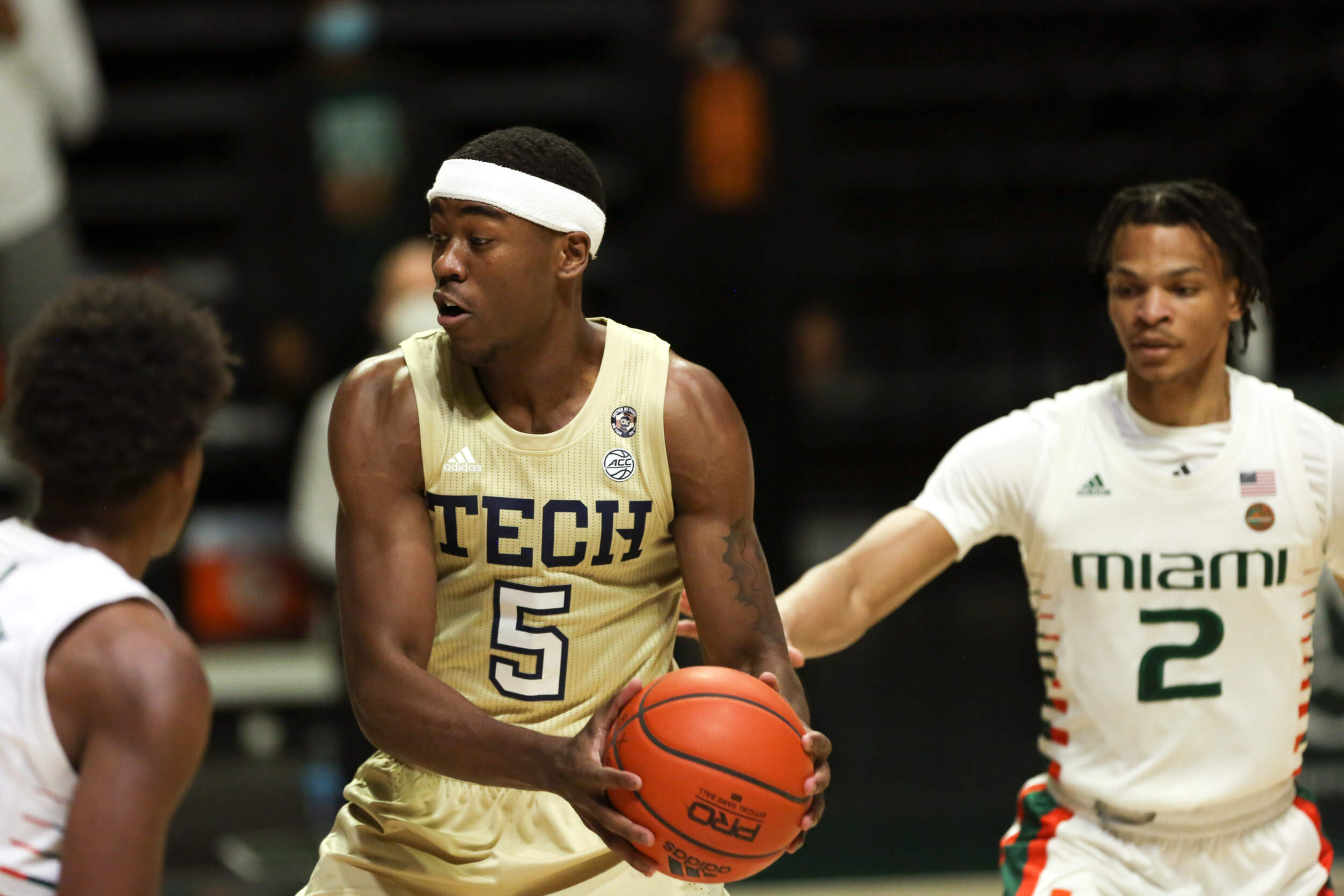 Moses Wright became the fourth player on Tech’s current team to surpass 1,000 career points, and the 21st player in program history with 1,000 points and 500 rebounds in a career. (photo by Sam Navarro/UM Athletics) 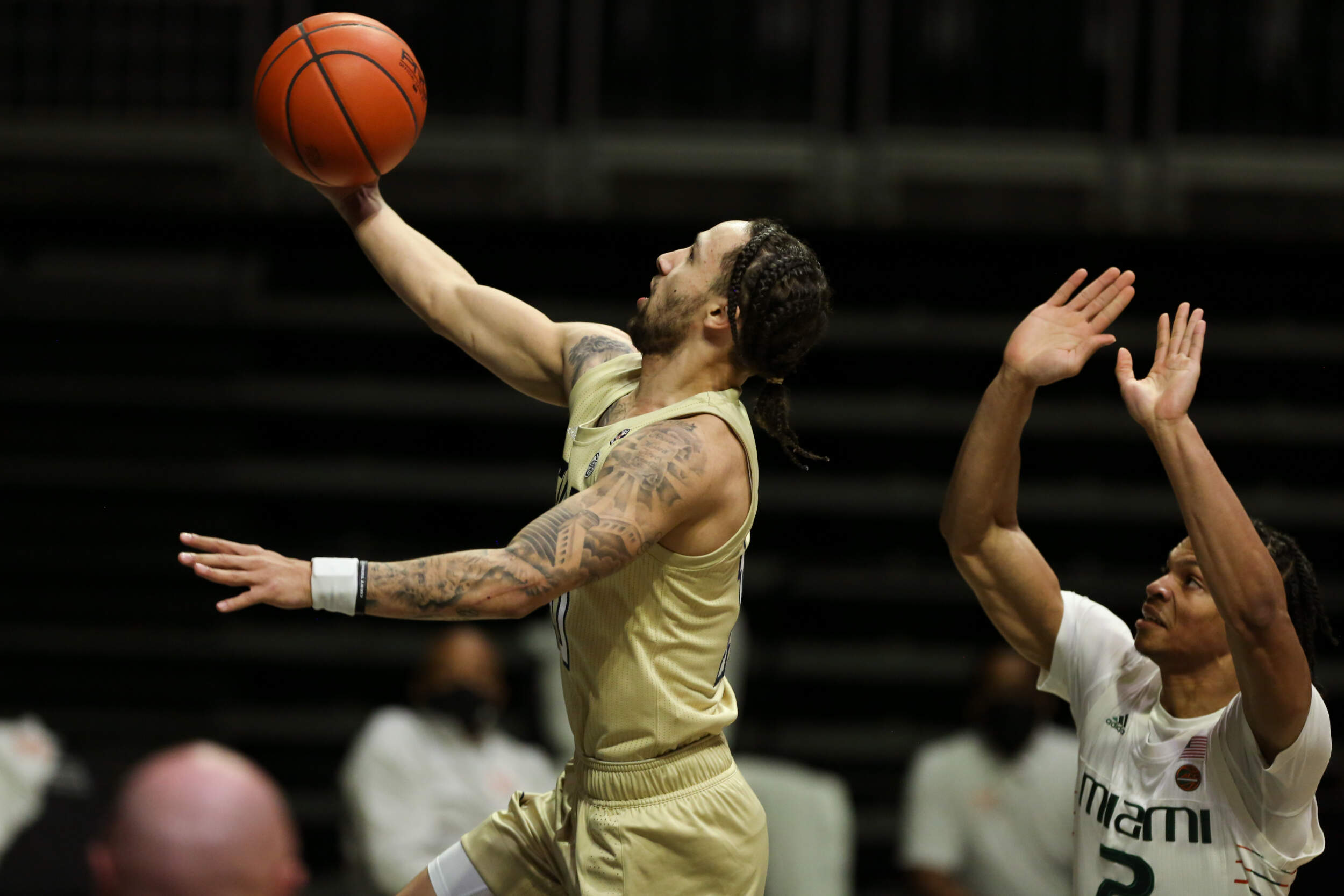 Jose Alvarado finished the game with 16 points and a pair of three-point field goals. (photo by Sam Navarro/UM Athletics)