The rebound on the second miss was corralled by Clemson’s Jonathan Baehre, who passed ahead to Honor. Honor pulled up from 25 feet and heaved a shot towards the basket, which slammed off the backboard and through the net to give the Tigers a two-point lead with barely more than a second left on the clock. Alvarado’s three-quarters-court attempt at the buzzer was off-line, and Clemson escaped with the improbable win.

Georgia Tech (9-8, 5-6 ACC), which led by six points at halftime but trailed by three early in the second period, took a 64-61 advantage with 4:05 to go on a 3-point play by Moses Wright and didn’t relinquish the lead until Honor’s game-winner.

Four Yellow Jackets scored in double-figures, led by Michael Devoe’s 23 points on 7-of-12 field goals and 8-of-8 free throws. Wright added 15 points on 6-of-7 shooting from the field, while Bubba Parham and Jordan Usher chipped in with 12 apiece.

Tech returns home for its third game in five days when it hosts Pitt on Sunday. Tipoff is set for 4 p.m. at McCamish Pavilion and the game will be televised on the ACC Network. 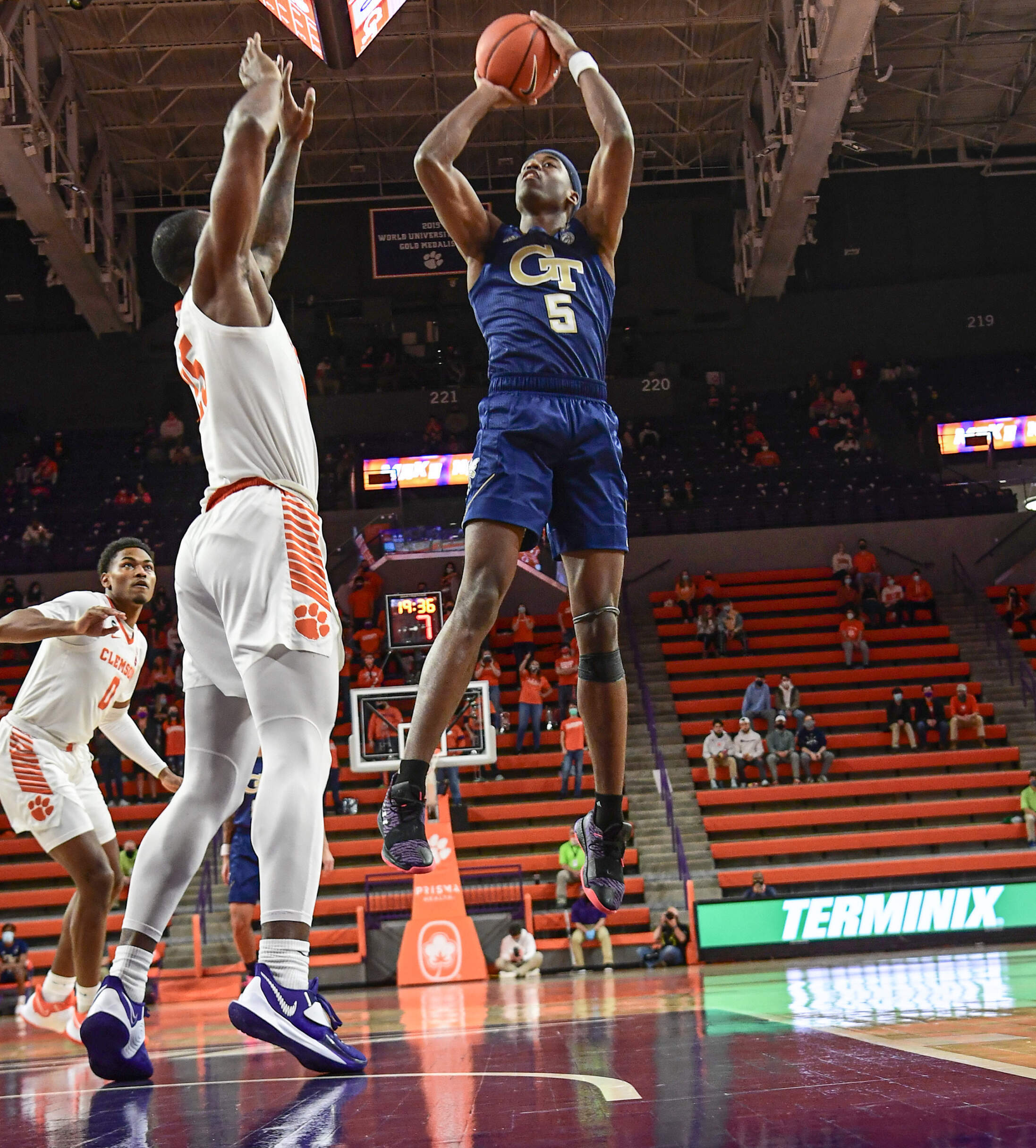 Moses Wright hit six of seven shots and scored 15 points against the Tigers.