Fayetteville, Ark. – Jose Alvarado scored a game-high 20 points to lead for Georgia Tech players in double figures, and the Yellow Jackets outscored Arkansas 10-5 over the final 1:47 to capture a 69-65 victory over the Razorbacks Wednesday night at Bud Walton Arena.

James Banks III scored 14 points and grabbed 14 rebounds for his fourth double-double in five games for Tech (6-4), which rebounded from a disappointing home loss to Gardner-Webb Monday night. Freshmen Michael Devoe and Khalid Moore, each making their first collegiate starts for the Jackets, added 11 and 10 points, respectively.

Tech coach Josh Pastner inserted the two freshmen in the starting lineup hoping Tech could shake its recent slow starts. The ploy worked as the Yellow Jackets started the game on a 15-4 run, each scoring one basket while Alvarado scored his first three baskets of the night.

The homestanding Razorbacks recovered, connecting on six three-point field goals, three from Mason Jones, to take a 32-31 lead into intermission.

The lead went back and forth for most of the second half, with Arkansas taking their final lead at 60-59 on a three from Isaiah Joe.

Georgia Tech finishes off its busy week of action Saturday, returning home to McCamish Pavilion to face Georgia at noon. The game will be televised on ESPNU. 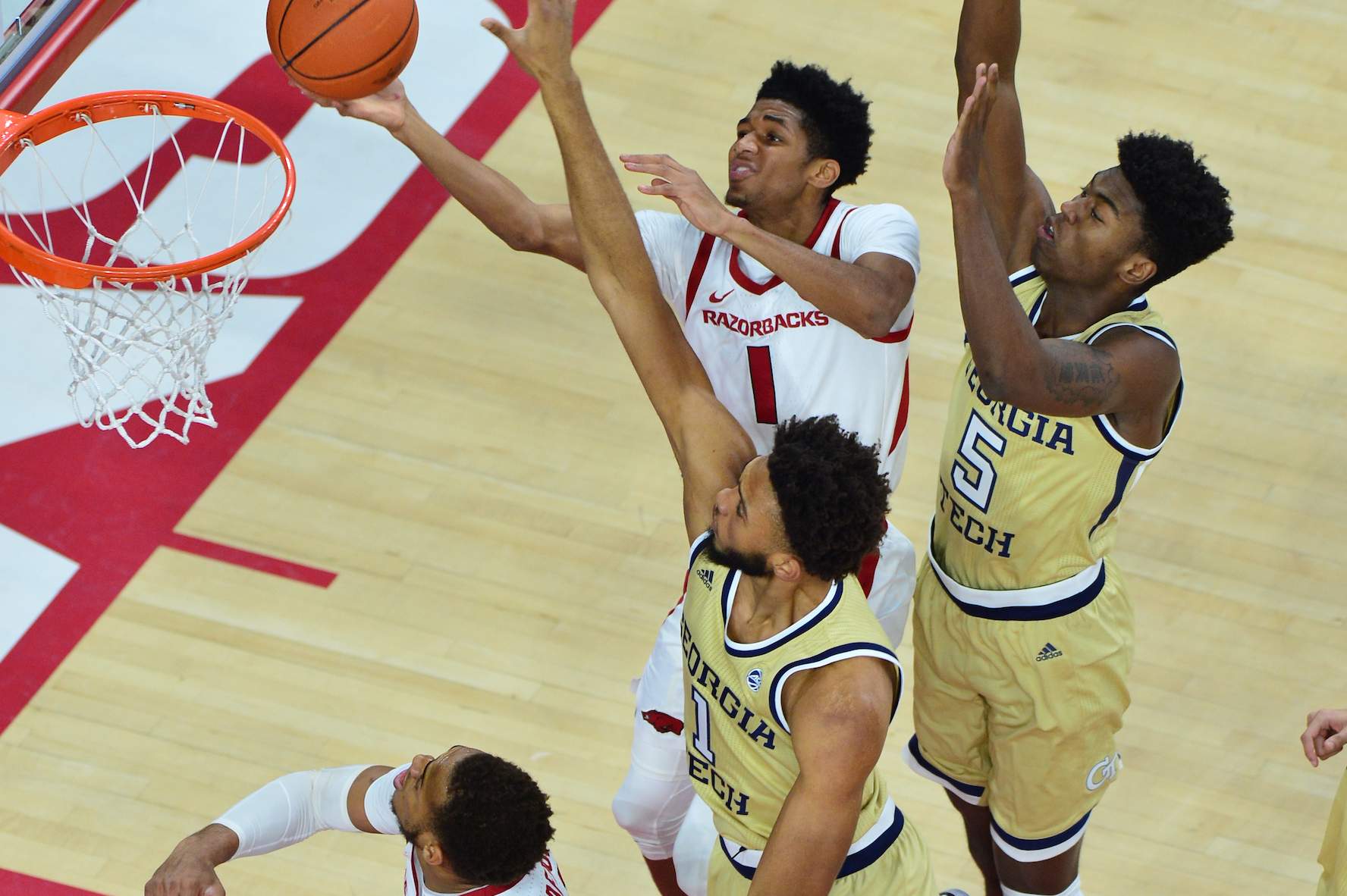