THE FLATS – Georgia Tech volleyball incoming freshman Julia Bergmann will spend her summer competing for the Brazil national team, kicking off the first day of competition of the FIVB Volleyball Nations League on Tuesday, May 21.

Why did you choose Georgia Tech?
I chose Georgia Tech because of the comforting environment, the great people, the beautiful campus and of course the volleyball team. 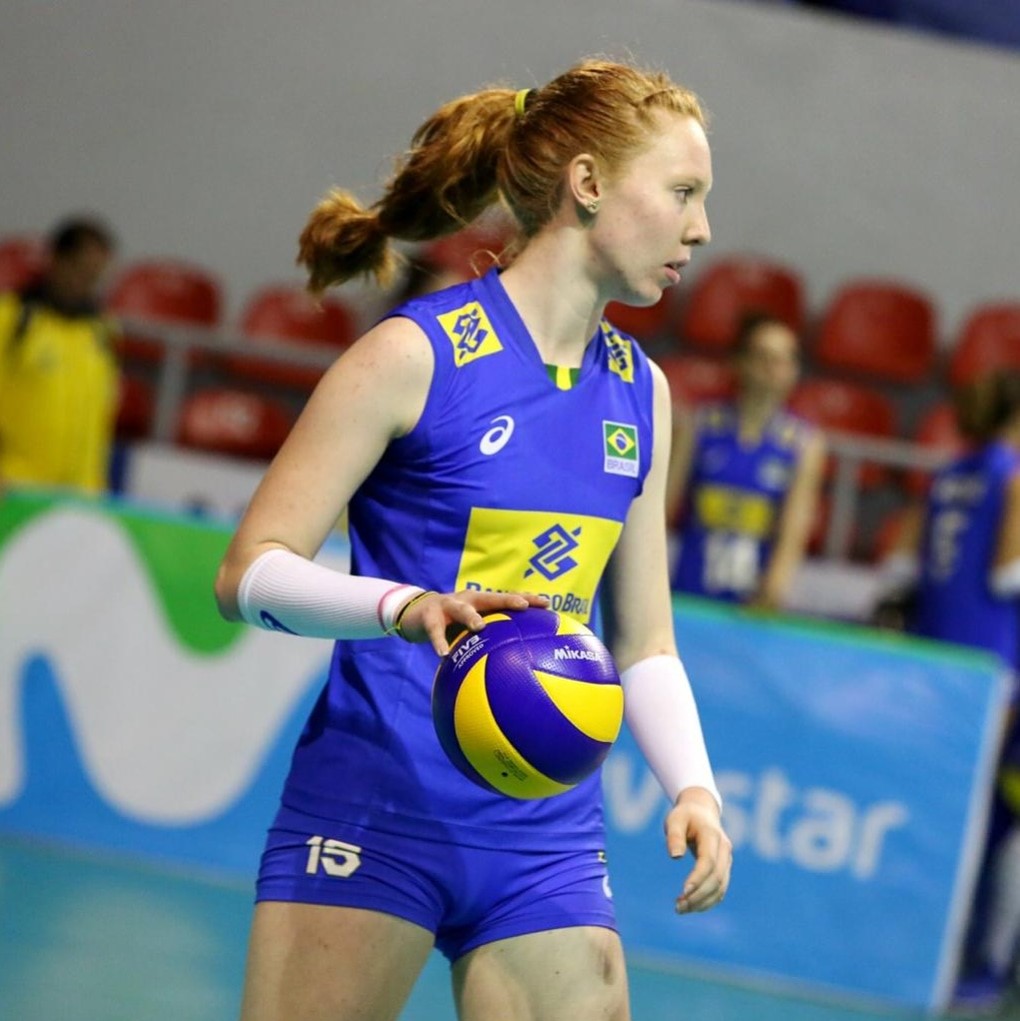 What is it like training with older players and former Olympians?
It’s an honor playing alongside such good players, I learns something new every day and I am constantly getting better and better. Since I started playing volleyball it was my dream to play with the national team and now it is a reality.

When did your family move to Brazil from Germany and what was that transition like?
I have lived in Brazil since 2011, my mother is Brazilian and my father is German. They decided after I finished the fourth grade to move here so my brother and I could experience another country with a different culture and learn the language and how to adapt with different people. The transition was very easy, I learned Portuguese quickly, I did not speak it before. After I started to go to school I made friends and that was very helpful.

What are your academic goals?
I think global warming is such an important point, so many people don’t think about it but climate changes have already begun and in some countries rains and droughts are so extreme that many people are losing their homes and have to move. I hope that I can help to develop methods and study all the possibilities we have to help our planet, or at least convince people that Earth is our only home and we have to preserve it, for us and for the next generations.