#ProJackets: Catching Up with Derek Dietrich

THE FLATS — Looking for a personification of toughness on the baseball diamond, look no further than Derek Dietrich.

The 30-year-old Cleveland, Ohio, native, who starred at Georgia Tech from 2008-10 and has been in the Majors since 2013, has always played fearlessly, showing the kind of fearlessness that’s seen him stand in and never back down no matter how tight 90-plus heat has borne in on him by pitchers determined to claim the inside part of the plate.

It’s a high-stakes game of chicken that Dietrich usually wins – the welts from getting hit by pitches 116 times in his first seven-year career with Tampa Bay, Miami and now Cincinnati notwithstanding.

He led the league, getting plunked 24 times in 2016, setting a Marlins franchise-record (beating the old mark by seven) – was second in 2018, with 21, one behind MLB leader Brandon Nimmo of the New York Mets, and actually was leading again, with 23 before going on the Injured List on August 5 with left shoulder inflammation, unrelated to getting hit by pitches. 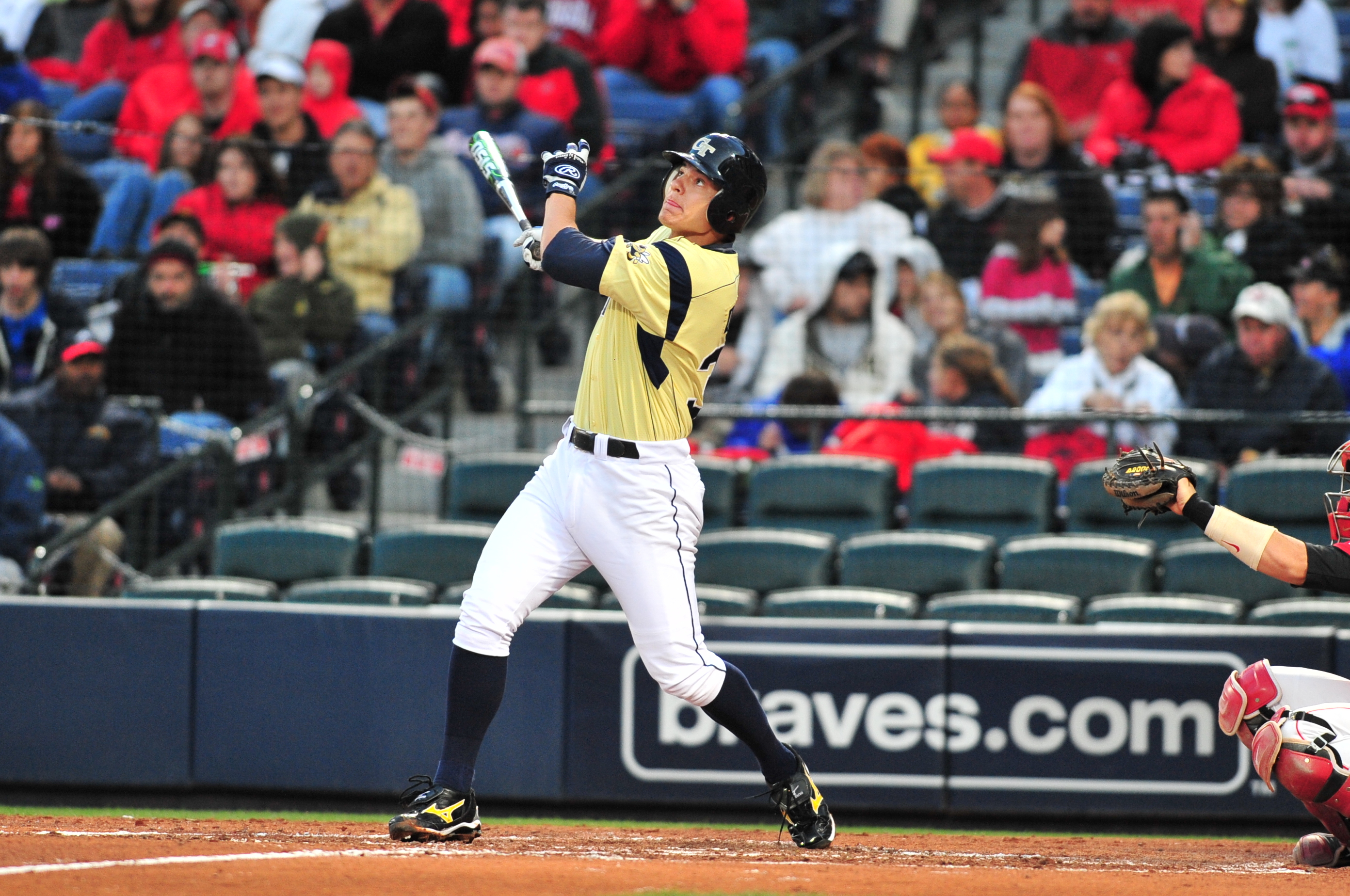 “It was obviously an unexpected and different off-season for me and for a lot of guys, a lot of free agents,” said Dietrich, who starred at shortstop for the Yellow Jackets beginning in 2008, after turning down the Houston Astros, who’d drafted him in the third round of the First-Year Player Draft – he’d be selected by, and sign with the Rays, on the second round of the 2010 Draft. “I just knew that if I continued to prepare, I knew I was a Major League player and I would earn a job. When I got the chance with Cincinnati, it was a blessing. I was extremely excited going into Spring Training.”

Dietrich was confident he could bet on himself and his talent. It was the talent that Tech fans remember earned him National Freshman of the Year in 2008, third-team All-America honors in 2010, second-team All-ACC honors in ‘08 and ‘09, first-team in ‘10.

With the window open a crack – he signed a Major League contract on Feb. 19 – Dietrich cashed in during the spring, hitting .277, with four doubles, a triple, three homers, and 10 RBIs in 17 games and showed his versatility starting at first, second, third and both corner outfield spots. He’d be one of only two non-roster invitees to make the team out of Spring Training.

“He came in (to Spring Training) a little late, but almost immediately it became clear that he wanted to be a part of our team and grow with a new team,” said Reds manager David Bell. “He has a lot of personality but, at the same time, it’s very sincere and he’s a great teammate. He has fun, he’s incredibly tough. He brings a lot and he has all year on and off the field, in the clubhouse, in the dugout. He’s added toughness and some personality to our team and he’s been a big contributor.”

Staying true to the words of his grandfather, former Major Leaguer Steve Demeter, who told him, “Let it fly!” Dietrich sent many baseballs flying. He took to Great American Ball Park, and, in his debut, hit a pinch-hit, game-winning three-run homer off Pittsburgh Pirates pitcher Richard Rodriguez.

It was the first of what has been a career year power-wise. He has 19 homers and three multi-homer games in 98 games after hitting 79 homers with two multi-hit games – including his first at Great American Ball Park on June 20, 2015 – in his first six years, covering 608 games.

On May 9, he’d blast his 10th homer of the season in the first inning at Oakland to break a scoreless tie in a 3-0 win. It came in his 90th plate appearance of the season, marking only the fourth time a Red reached 10 homers in fewer than 100 plate appearances, joining Reds legends Tony Perez, a baseball Hall of Famer, and Wally Post, a Cincinnati Reds Hall of Fame inductee.

“That was cool,” Dietrich said, breaking into a smile. “It was, obviously, one of the best stretches of baseball I’ve played in quite some time.” 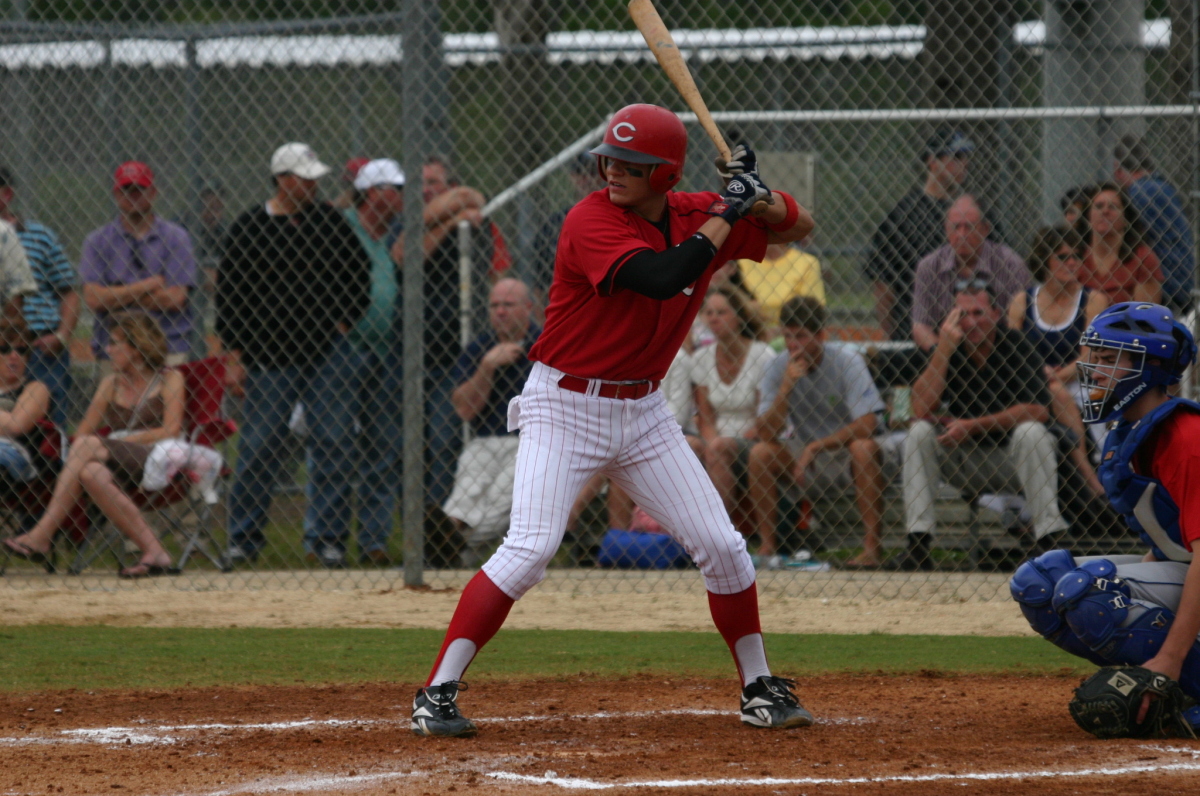 Three weeks later on May 28 again against Pittsburgh, he’d blast his 15th, 16th and 17th homers. It was his first three-homer game (he also drove in a career-high six runs). No. 17 came in his 117th AB of the year, the fewest needed to reach 17 in the storied 150-year history of the Reds, MLB’s first professional team.

That power was record-breaking for the franchise and novel to many, it didn’t surprise him.

“I’ve always had (power),” said Dietrich, whose second-best home run season (16) came in 2018. “It’s been a work in progress. It’s how hitting is. I just got comfortable hitting in a good ballpark and a good lineup. It’s always a process.”

His power-hitting and his occasional showmanship, especially his ability to juggle resulted in an appearance on the MLB Network show Intentional Talk, where he not only talked about his ability to juggle several different positions – he’s played at first, second, third and left — but to juggle, period.

“I was doing that way back in Georgia Tech days and even before,” he said, with a laugh. “As a young kid, just juggling baseballs and stuff and then I kind of progressed. It’s a fun hobby. 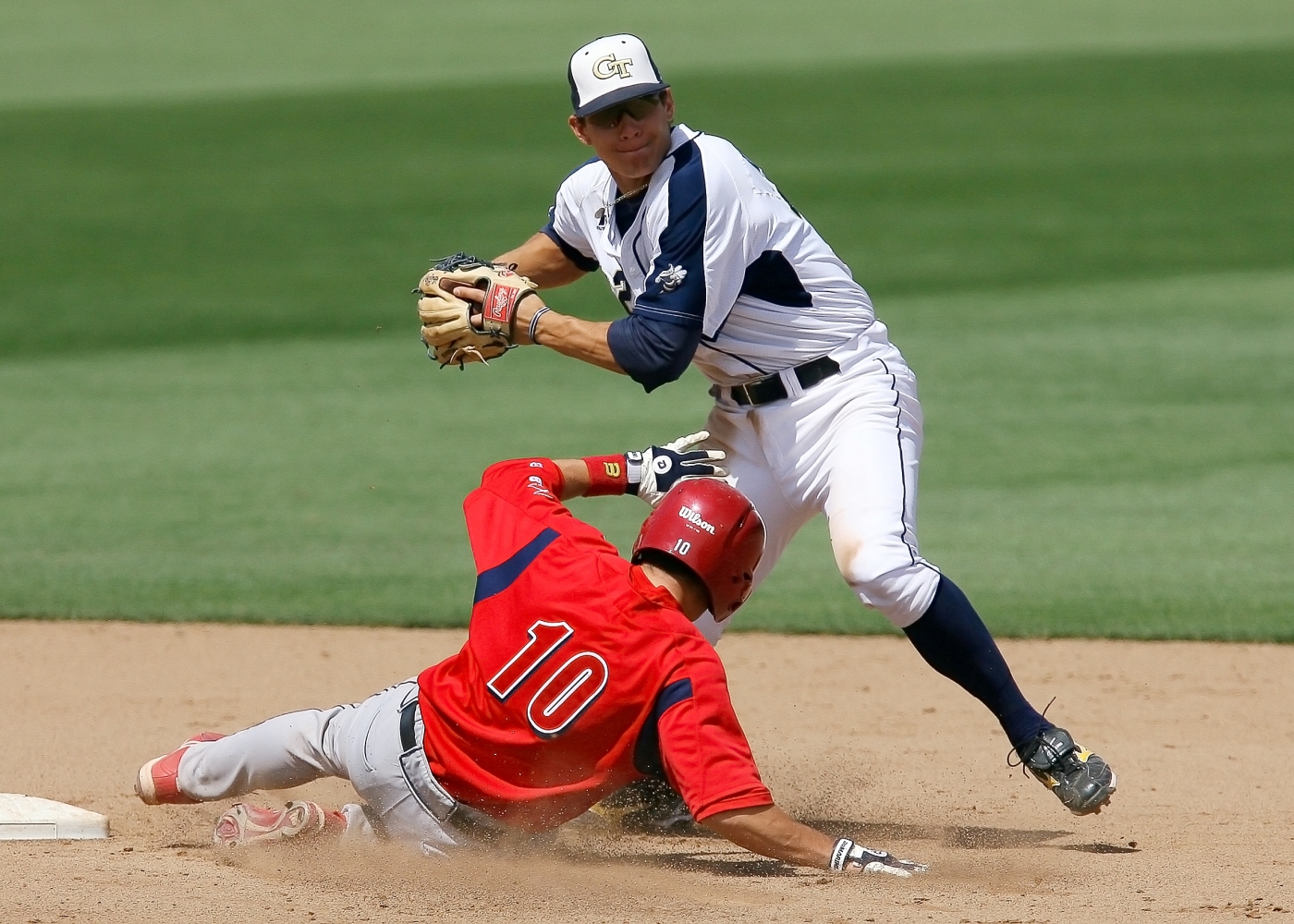 “The coolest things usually are the most dangerous things but that was before I was a professional,” he added. “So the knives or the torches or something like that was fun. I use common sense on those. I’m sure (the Reds) wouldn’t want me to be doing that so I just figured I’ll leave those props in the bag, so to speak. I always have fun and enjoy that. The guys get a kick out of it.”

His showmanship didn’t play well in Pittsburgh. Dietrich has owned the Pirates in 2019, as in addition to the Opening Day game-winning blast, he’d go deep twice on April 7 against them, then get the hat trick on May 28. For the season, he’s tormented the Bucs, hitting .379 (11-for-29), with seven homers and 15 RBIs, a 1.138 slugging percentage, and an OPS of 1.538.

Dietrich earned the Pirates’ wrath on April 7, with his bat flip after a homer against Chris Archer. Archer then threw behind him his next at-bat. While Dietrich didn’t respond, Bell charged out of the dugout and the benches emptying. The tensions between the two teams erupted again on July 30, when Pirates reliever Keone Kela threw head-high at Dietrich in the bottom of the eighth. Jawing ensued in the top of the ninth of the lopsided Pirates win, and an even bigger brawl ensued, resulting in eight suspensions and several fines.

Dietrich, who was neither suspended nor fined, had high praise for his teammates and the way they had his back.

“That just shows you the group of guys that we have. Just awesome dudes,” he said. “We all have each other’s back and for that I’m so appreciative. That’s how it would be for any of our guys. That comes straight from our manager and all the way down.”

For the season, Dietrich has once again taken his place at the top of the National League in hit-by-pitches, being hit 23 times before going on the IL on August 5.

“I don’t know what that is, because I know he’s smart,” said Bell about Dietrich, a two-time ESPN CoSIDA Academic All-America, and 2010 ACC Scholar-Athlete of the Year. “It’s a gift. Most people, the toughest guys you can think of, your first reaction is to get out of the way. It’s just what you do. But he doesn’t.”

He’s hoping that his toughness, work ethic and talent help him overcome his struggles at the plate (he’s batting .207) and regain that early-season power when he returns, as the Reds pursue the Wild Card. Cincinnati plays at Pittsburgh Aug. 23-25, which might help.

“Obviously, that form, you wish it could last forever. It doesn’t. But I’m looking to regain that and get back to it,” he said. “We have a really good team here and we’re continuing to get better each day. I’m just happy to help in any way. That’s how I’ve been throughout my career. There’s a lot more to do and a lot more that I want to accomplish.”

He hopes to do that in Cincinnati, where he’s come to enjoy baseball again, from Bell, to the clubhouse chemistry with teammates, to retro sleeveless shirts they wear on Sunday home dates.

“Those are amazing! I love the throwbacks,” he said. “We get a chance to wear so many cool uniforms, it’s kind of neat. We always look forward to the next one and see what it looks like. I knew it was a good organization. It’s definitely nice being in your home state.”