THE FLATS – Former Georgia Tech All-America golfers Anders Albertson and Roberto Castro are headed to the PGA Tour, having both finished among the top 25 in earnings on the Web.com Tour this season.

Albertson, a 2015 Tech graduate in his third year on the Web.com Tour, won the Lincoln Land Championship at the beginning of July and accumulating $210,455 in winnings for the season. He also tied for eighth at the Knoxville Open and posted four other finishes of 14th or higher over the final three months of the regular season. In that 10-event stretch, he averaged 67.75 strokes per round and finished the regular season ranked eighth in scoring.

Castro, a 2007 Tech graduate and a six-year veteran of the PGA Tour, finished 24th in earnings this season with $172,045 and returns to the PGA Tour after a year’s absence. Castro has posted three top-5 finishes this summer on the Web.com Tour, including a runner-up finish at the Savannah Championship, a tie for fourth at the Pinnacle Bank Championship and a tie for fifth at the United Leasing and Finance Championship. Castro earned more than $6.5 million on the PGA Tour from 2012-17, and qualified for the Tour Championship at recently as 2016.

Both players, along with 2014 graduate Seth Reeves, who finished 66th in the Web.com Tour earnings list this season, will begin competition in the four-event Web.com Tour Finals, which begin this week with the Nationwide Children’s Hospital Championship in Columbus, Ohio.

Albertson and Castro join five other former Yellow Jackets – Stewart Cink, Chesson Hadley, Matt Kuchar, Ollie Schniederjans and Richy Werenski – who all qualified for the FedEx Cup playoffs that begin this week and retain their PGA Tour status for 2018-19. 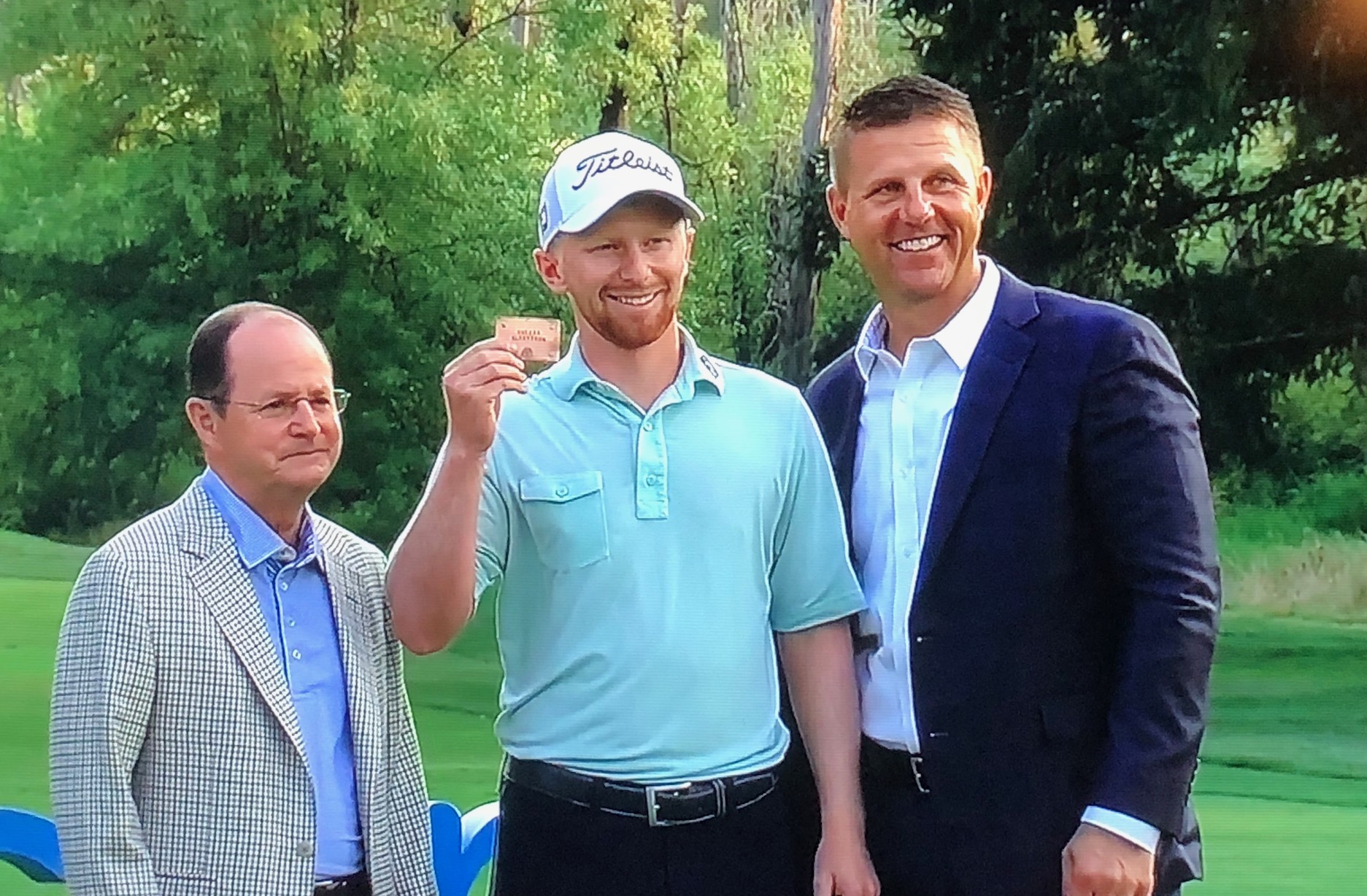 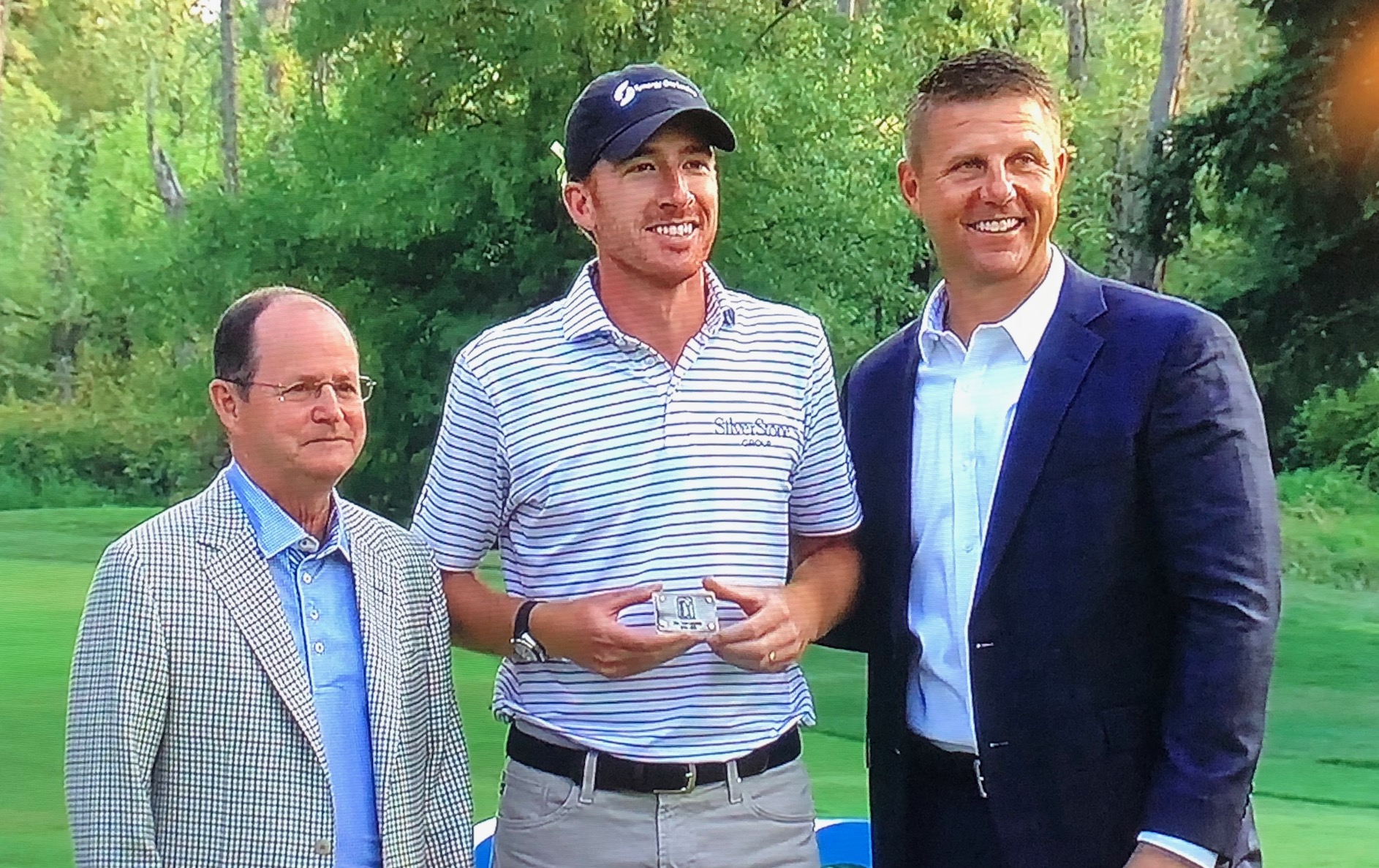 Albertson on getting his first PGA TOUR card
“It’s starting to set in more now, just because the finality of the regular season coming around on Sunday. It was tough, like middle of the season, just because you don’t really know what the number is going to be, so every week you’re just trying to play well and keep climbing up the board. But yeah, it’s really crazy and I’m so thankful for what has happened. The last three years on the Web.com Tour have been – I didn’t know I needed it, but it’s been exactly what I needed. Being out here and learning how to be a pro, and compete week in and week out and travel like we do and play against this kind of competition. The way the Web.com Tour sets up their events, it’s like a PGA TOUR event. It’s the only way I can imagine being prepared to go forward. I’m really thankful for what I’ve been able to do and it’s exciting looking forward to October.”

Albertson on this season and what was the key
“It’s not like one thing. I guess, as far as golf goes, the biggest improvement was putting stuff. I think I was more consistent with my preparation and my practice with that and really focused on that more. I’ve always hit it pretty well and this was the year that we made more of those birdie putts. Off the course, I got married in August of last year and it’s been the first year of being married and traveling, well she doesn’t really travel that much, but just the support I’ve gotten from my wife Ashley has been incredible and the team I have around me. I’ve been really lucky with two of my best friends being my caddie and one is my trainer, both Tech guys (Michael Hines and Devin Stanton). Just having the consistency of those guys has been awesome. And then just kind of spiritually, where God has had me this year, I’ve been really freed up to just go for it every week. It’s not like one thing, but everything just kind of came together. For the last like three months, it’s probably been the best golf I’ve ever played. From that midway point of the year until now, it’s been crazy just all the stuff that has happened.”

Albertson on joining other Tech alums on TOUR next year
“I’m really thankful for where I got to go to school and play golf at and get an unbelievable degree. Coach Bruce Heppler took a chance on me as a high schooler, and I couldn’t imagine playing for anyone else or playing anywhere else. It was huge. To have, even while you’re in school, guys like Matt Kuchar and Stewart Cink come back and be around the program and have that influence and being able to go out there with them. Two of the guys who were in the starting five for most of my time in school were Ollie Schniederjans and Richy Werenski, and they both kept their card again this year for the second year in a row, so it will be cool to be out there with them again. Seth Reeves just locked up his Web.com Tour card again for next year and could get [a PGA TOUR card] in the Finals, so it would be pretty cool to have the four of us who were part of the core be on the PGA TOUR at the same time. But yeah, practice rounds and dinners – that’ll be fun. And just kind of learn from the guys out there who have been out there for some time. I don’t know exactly how many Tech guys are out there, but usually there’s like eight or nine, which out of 125 is ridiculous, so I’m sure I’ll bump into a few of them. I’m excited for that.”

Georgia Tech’s golf team is beginning its 24th year under head coach Bruce Heppler. The Yellow Jackets have won 17 Atlantic Coast Conference Championships, made 32 appearances in the NCAA Championship and been the national runner-up four times. Connect with Georgia Tech Golf on social media by liking their Facebook page, or following on Twitter (@GTGolf). For more information on Tech golf, visit Ramblinwreck.com.