“Hard-fought football game, our guys fought hard. We’ve talked all week about how the margin of error as we’re building this thing is small. You see that late in the third quarter, the score is 17-10, we get down to the 2-yard-line about to tie the game up going into the fourth quarter, and margin of error being small, we fumble. They recover it, run it back down to our end of the field and get a field goal and the score is 20-10. But proud of the way the guys fought, proud of the way that they played. Give [Pitt] credit, that defense is really good. They’ve got a lot of really good players and they play at a high level. So first of all, I want to give credit to them. All week we knew how good [Maurice Ffrench] was and obviously he showed that tonight. So, we’ve got to give them credit, but as we go through our processes as we’re building this program, we’re trying to work to increase the margin of error through our preparation, through our effort, fundamentals, technique, all of those things, and we’ll continue to do that as we get better.”

On creating turnovers more against Pitt

“We make it a point of emphasis, and we’ve been making it for a while that we need to create turnovers, we need to get the ball, and I thought our guys did that at a high level. It’s the third game in a row that we’ve had a blocked kick, so, obviously proud of our special teams coaches and the way our guys approach special teams since we place such a huge emphasis on how we play that phase of the game. So getting turnovers was a big deal, we did that. Just looking back, we need to capitalize on those turnovers. We got seven points off of those three turnovers, so, obviously we need to get more to increase our margin for error.”

On the decision to change quarterbacks at halftime

“I think it’s safe to say that there were some balls that James [Graham] wishes he could have back. James has played really, really well for us and he’s a competitor. Just in the first half some of the throws just weren’t there, so we brought him in at halftime, talked him through it, he settled down, had a great attitude when we told him that Lucas [Johnson] was going to get the call in the second half. And Lucas did some good things. And one of the things that I’m proud of, is when Lucas was in there – it’s very easy in this world to get negative, it is very easy in this world, when something happens that you might not like, to sit there and pout and be a bad teammate and have a bad attitude and it affects other people. James Graham did not do that. He was the consummate teammate, he was cheering for Lucas, he was excited to see Lucas back out there playing because he hasn’t played in a couple weeks as he’s been getting healthy. I was really proud of how he handled that moment.”

On struggles running the football

“I thought Juanyeh had a really good night. The interception that he made at the beginning of the game, that is textbook what we teach in this program. We close the middle of the field, we get depth to the post, we play the leverage on the slots, we leverage it back to the post safety, and then Juanyeh is a tremendous athlete with tremendous range and was able to read the quarterback, get an early break on the ball, which is what we teach, and made a really nice play. But I thought he was able to stay in the moment for the most part throughout the game. He’s still a young player – he’s only a sophomore – and he’s going to continue to get better with what we do and how we do it, but, really proud of him.” 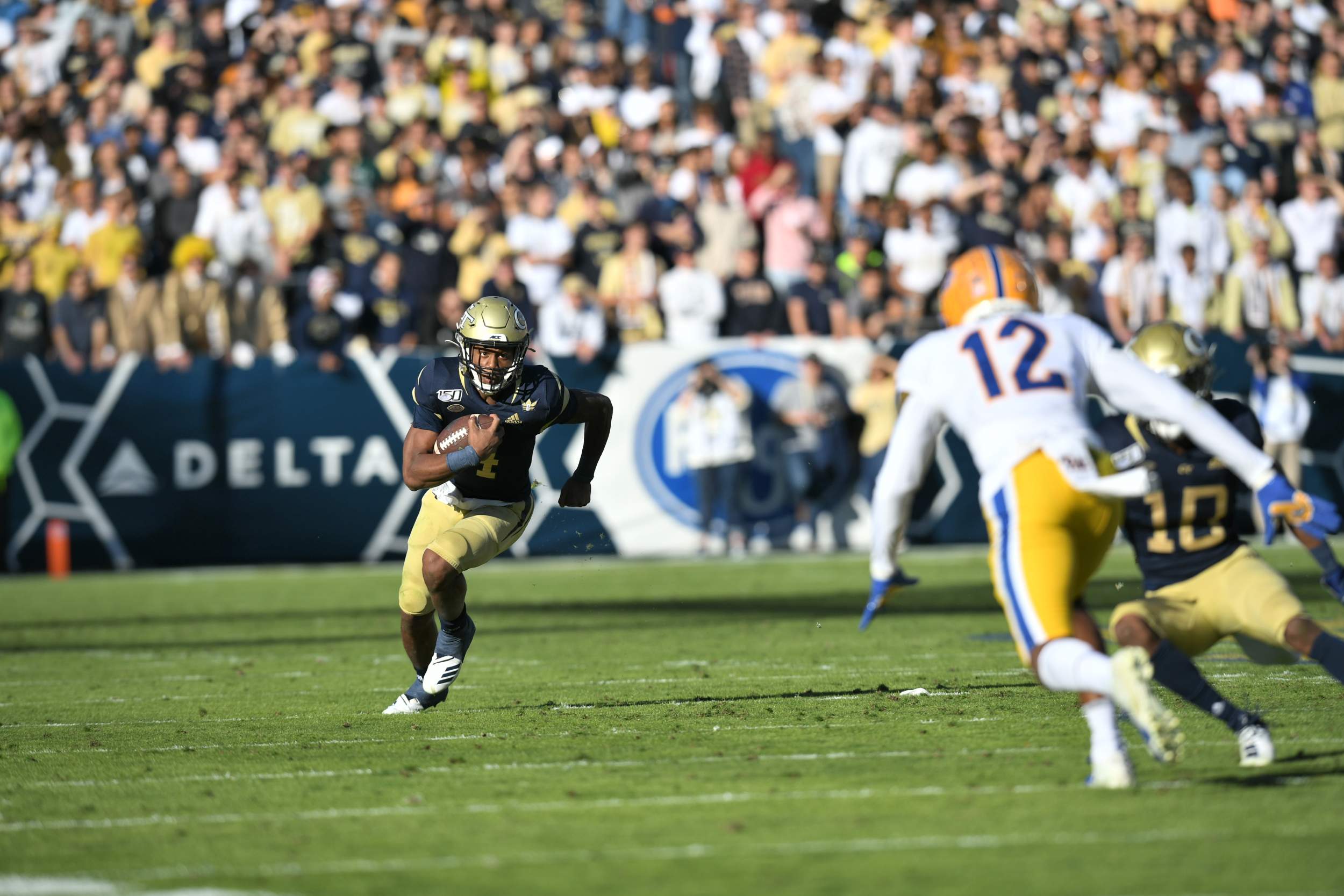 “[Our defense] played another outstanding game. You win championships with defense, and you had another spectacular performance by them, putting them in some tough positions with three turnovers in the first half. They just rise to the occasion. It’s an impressive group of guys out there, especially doing it without our starting free safety [Damar Hamlin] being a little dinged up. It was nice to not have to play him. My hat goes off to (Jazzee) Stocker, who played in his place. Erick Hallet got some reps back there too. They were dominant, and they hung in there every single time. We got two nice turnovers in the second half. The Kylan Johnson-caused fumble, the big hit on the goal line, was probably the play of the game, where he makes the big hit, turns the ball over, and Cam Bright takes it back for a long return.

On closing out the game with the run, confidence in the run game

“Yeah, we felt confident. We also felt confident about our passing game. I think we threw the ball effectively, we just put it in their hands a few times. We moved the ball well. That’s what you want to do. They were stacking the box to stop the run, and we took what they were giving us.”

On decision not to play Hamlin

“It was a game-time decision. He actually came out in the second half with street clothes on. We felt confident in what Stocker was doing in there. It was a game-time decision for sure; we just didn’t want to take any risks. He’s got a big career ahead of him. I’m never going to put a kid in harm’s way out on the field. [The bye week] will help him big-time. He will be back, I guarantee it. He could’ve played today if we needed him.”

“Kylan’s had a big game every week. The guy doesn’t make many mistakes. He’s a football player. I’m glad he’s playing in Pittsburgh, that’s for sure.”

On your running backs’ attitude they run with

“I saw it out of V’Lique, I saw it out of A.J. Davis. Vince (Davis_ will be back, hopefully he’ll have that big cast off his forearm and be 100 percent healthy in another week and a half.”

On being bowl eligible

“It just takes that monkey off your back, knowing that that’s done with. We don’t have to worry about that (now), just getting ready to play North Carolina. We’ve got a good North Carolina team coming into Pittsburgh on a Thursday night, the same night the Steelers are playing Cleveland, which is unfortunate. 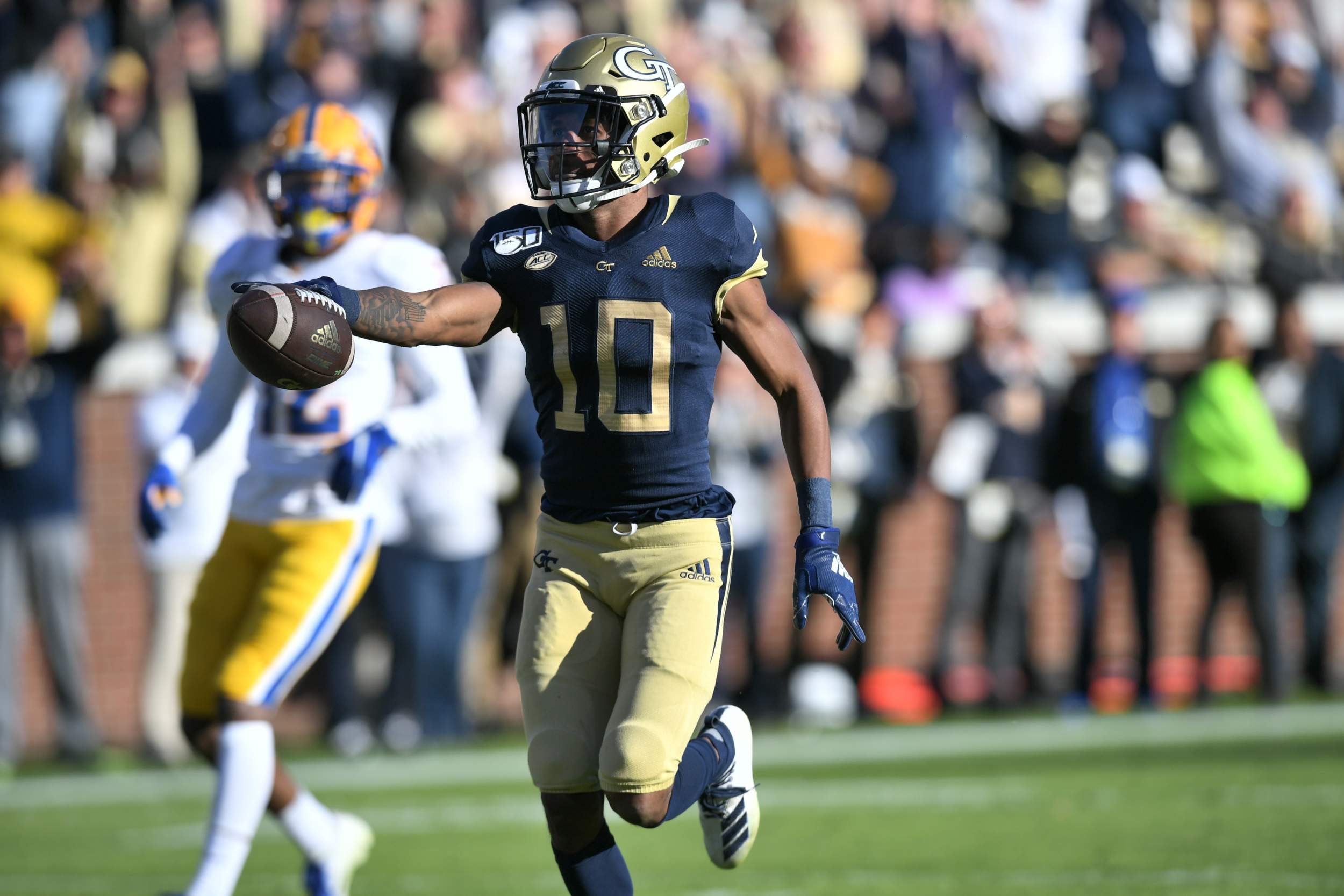 On not starting the second half

“I had a tough half and Lucas [Johnson] had a great week at practice. So they gave him the shot and I supported it. I picked up the team and went with the flow and he actually did a good job.”

On his performance today

“To be honest, I did not play as well as I wanted to. I missed a lot of throws that I should have made. I felt like I was rushing everything. I should have just settled down, settled my feet and I am just gonna get better at practice this week working on things like that in the pocket.”

On the touchdown pass to Ahmarean Brown

“It was a great play by Ahmarean [Brown]. I actually got outside the pocket and gave him a shot at the ball and he went and got it. It was glory but we still didn’t get the win. It was still great though.

On third downs and whether Pitt was doing anything special

“I want to say no, but they are a top-5, top-7 defense and so you got to give them credit for that. I say that it came back to us and certain assignments and stuff like that. We have to pick it up.”

On the team’s progress through this transition

“The way we practice, lights out and just giving 100 percent effort 100 percent of the time, we just have to reciprocate the same thing into the games and just treat it like practice. I feel like sometimes I am even rushed out there and just need to calm down and do our football. We are the offense at the end of the day, so the transition part doesn’t really matter because they know that we can do it because we are good athletes here.”

“I was looking at the quarterback [Kenny Pickett] and he shifted his shoulders and that was basically my cue to just go so then I went and he threw it and then bam.”

“Six months ago, if that would have happened it would have been a whole bunch of chatter, but over those six months we grew a bond and became tighter. If the offense messes up, we are going to go out there and put the ball down. It’s life, it happens. We’ve just got to have faith in people and if a person messes up, the defense is going to pick up the slack for them. It is what [Coach Geoff] Collins has been preaching the whole year.”