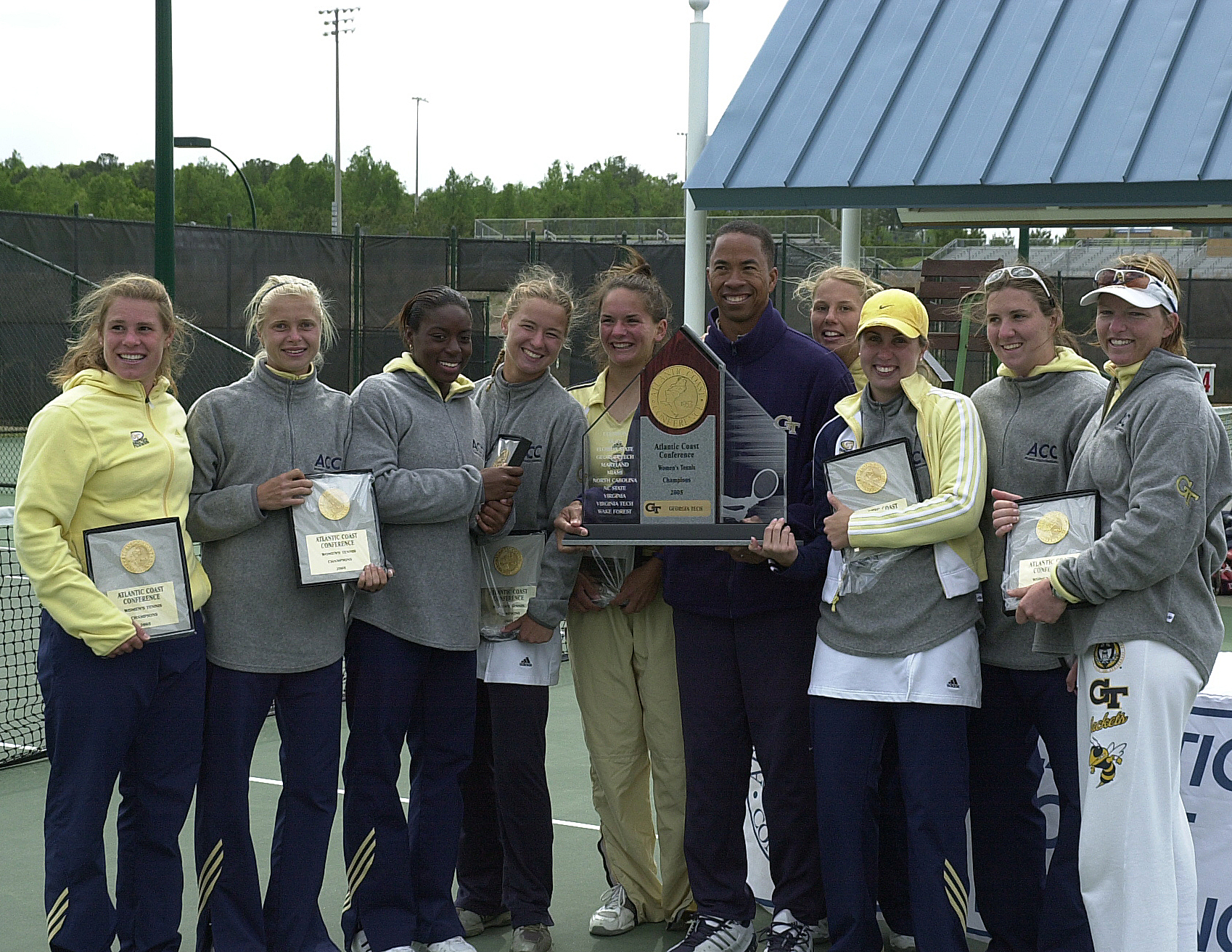 The Yellow Jackets won their first ACC Championship on April 24, 2005 in Cary, N.C. Tournament MVP Alison Silverio came back after dropping her first set to win at No. 4 singles and lift sixth-ranked Georgia Tech to a 4-3 victory over No. 12 Miami in the finals. Tech carried a 1-0 lead into singles play after winning the doubles point before Miami took a 3-1 lead claiming the first three singles matches. The Jackets responded winning the final three singles matches from Dasha Potapova, Kelly Anderson and Alison Silverio to clinch a 4-3 triumph and the first ACC Championship in program history. 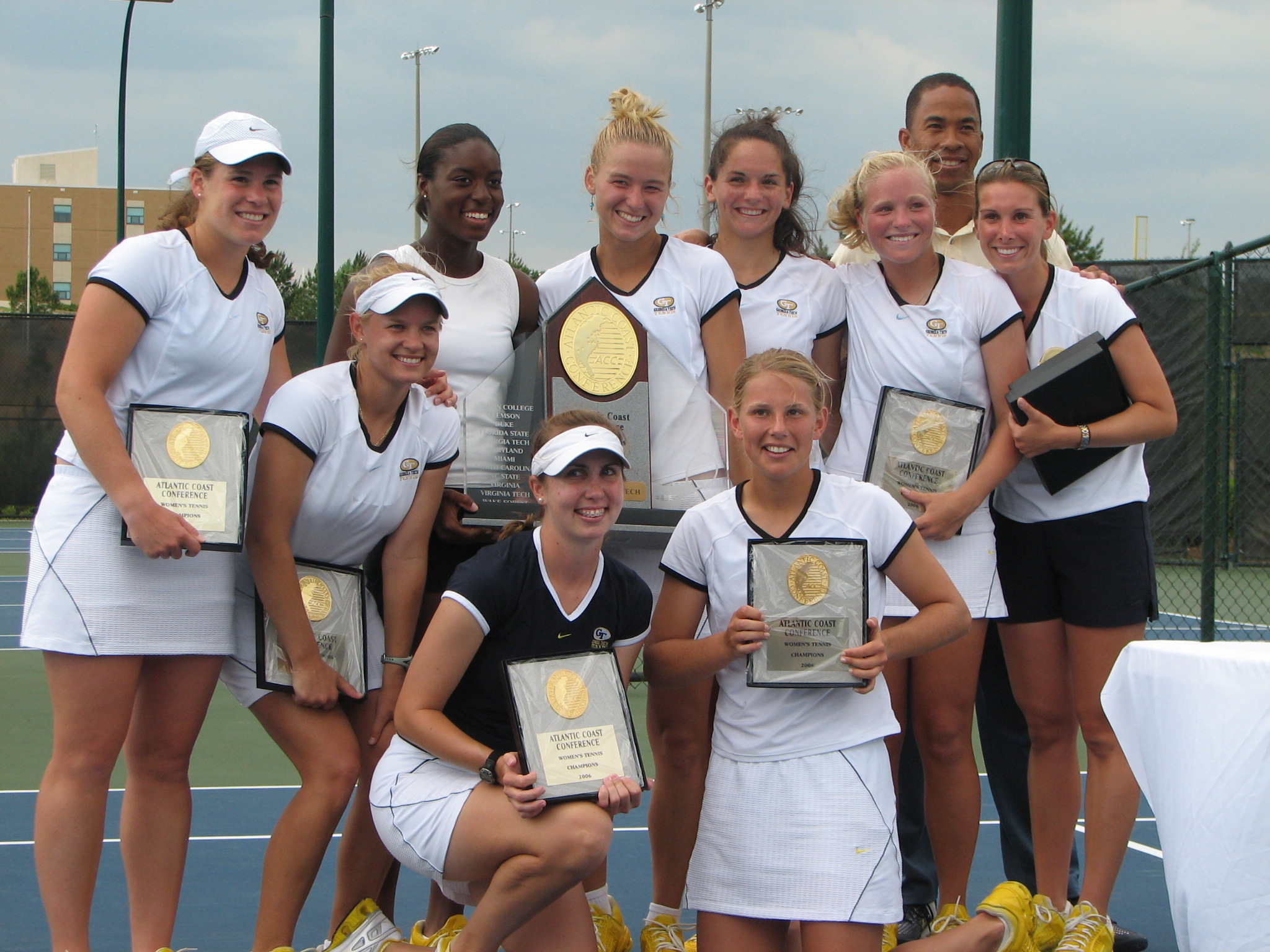 The Yellow Jackets claimed their second consecutive ACC Championship on April 23, 2006, also in Cary, N.C. With singles wins by Kelly Anderson, Kristi Miller and Christy Striplin, the 10th-ranked Georgia Tech women’s tennis team captured its second ACC Championship in as many years with a 4-1 victory over No. 9 Miami at the Cary Tennis Center. Tech claimed the early doubles point and a 1-0 lead before cushioning its lead to 2-0 with Anderson’s singles win. Miami captured its only win of the championship at No. 2, but Tech clinched the match with wins from Miller at the top spot and Striplin at No. 6. 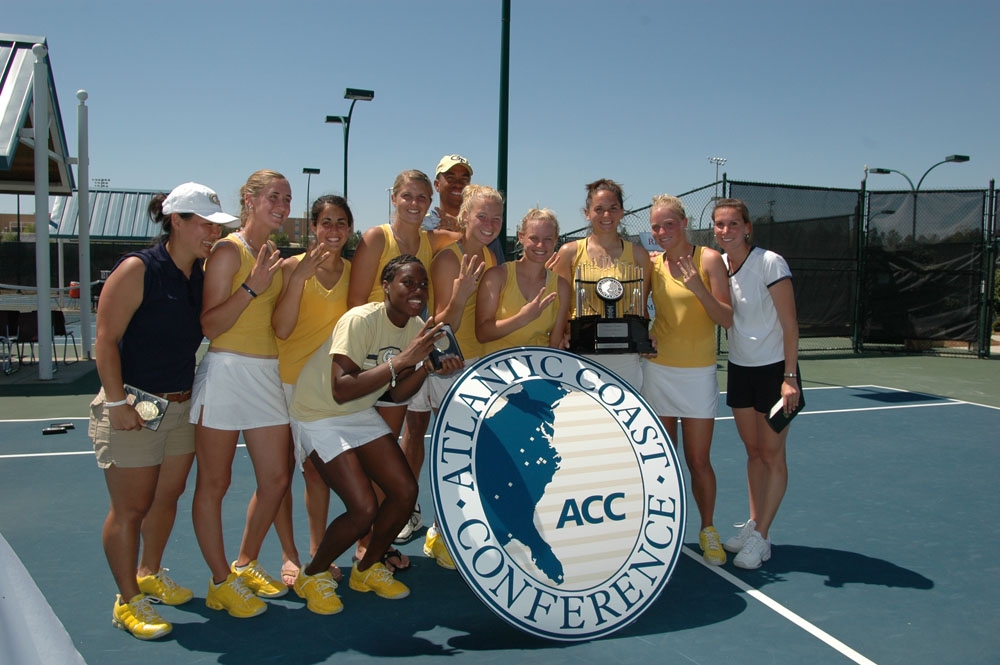 Georgia Tech captured its third-straight ACC Championship over Miami on April 22, 2007 in Cary, N.C. Christy Striplin won 12 of her last 13 games en route to a three-set win at No. 5 singles to clinch the match. Miami took the doubles point, but Tech won four-straight singles matches to walk away with the victory. Amanda Craddock, Amanda McDowell, Kristi Miller and Striplin all proved victorious in singles action. 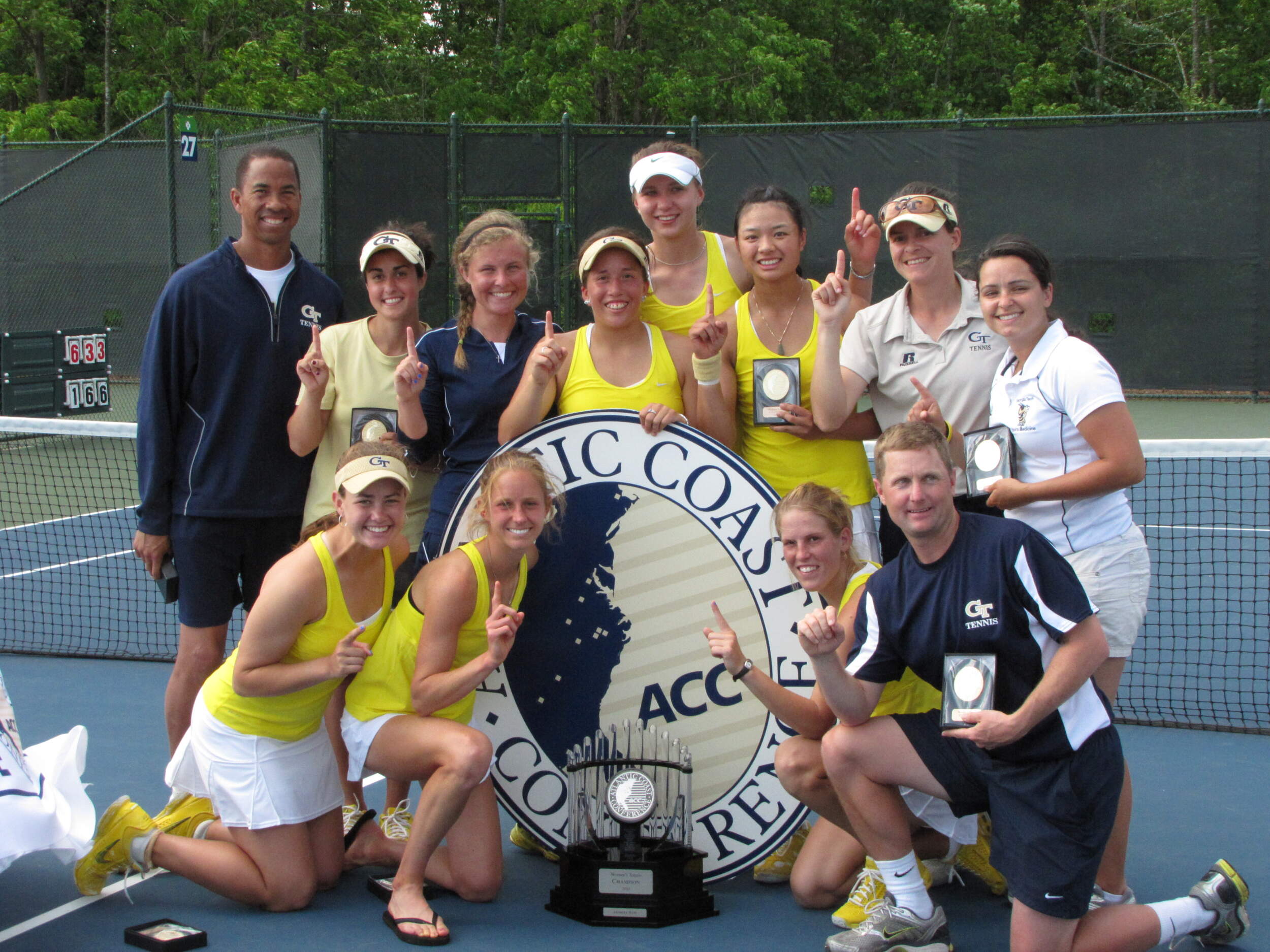 On April 25, 2010, 20th-ranked Georgia Tech upset top-ranked North Carolina in Cary, N.C. to capture its fourth ACC Championship title. Sophomore Irina Falconi pulled off a dramatic three-set victory to clinch seventh-seeded Tech’s 4-3 win over top-seeded UNC. Georgia Tech won the doubles point, but Miami grabbed a 2-1 lead with the first two singles matches. Elizabeth Kilborn evened the match at 2-all before UNC took a 3-2 edge. Lynn Blau won a three-set battle at No. 4 to setup a 3-3 tally before Falconi clinched the deciding match at the top spot in three sets.