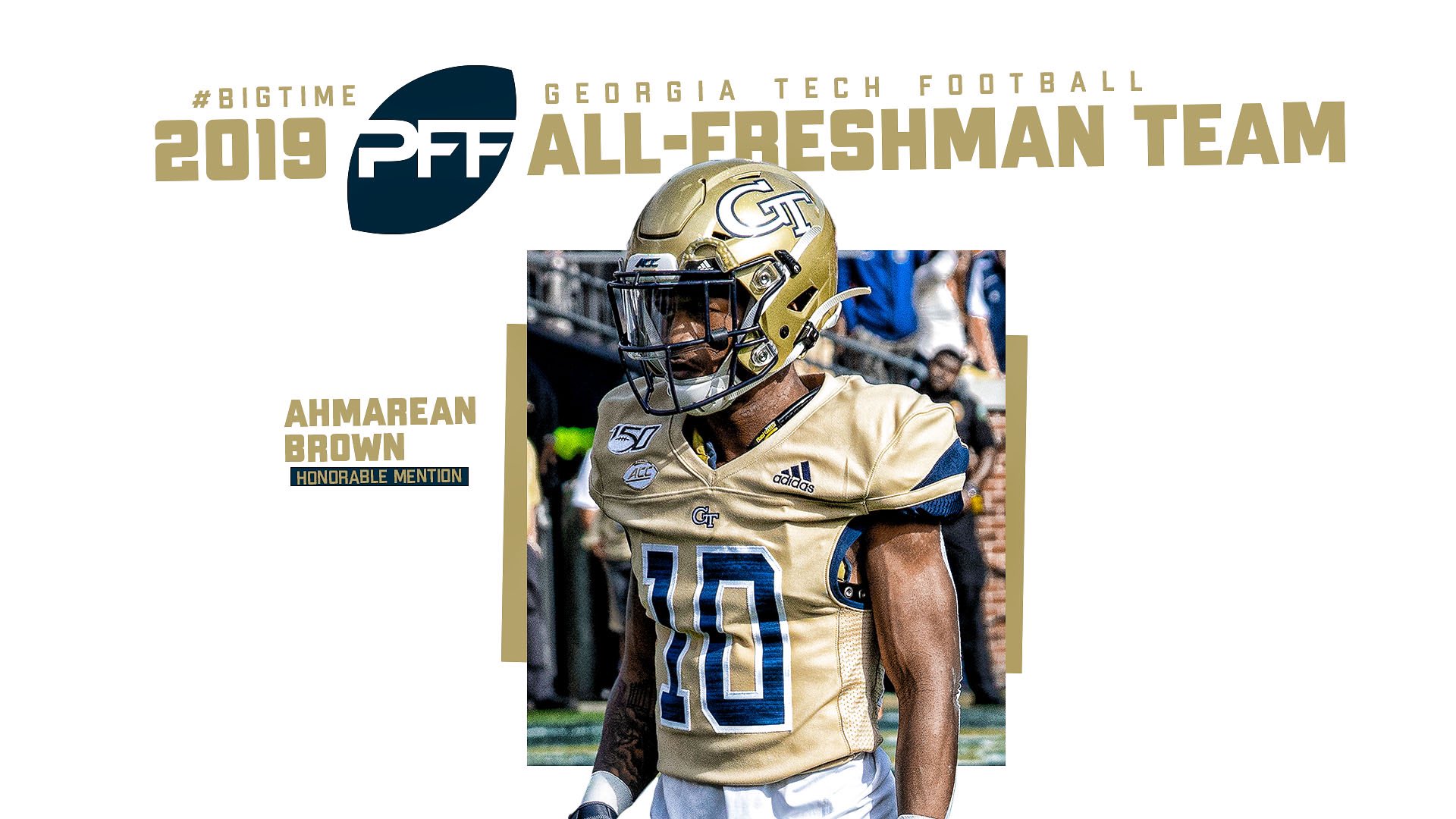 A true freshman, Brown tied Georgia Tech’s freshman record with seven touchdown receptions, matching the mark set by Calvin Johnson in 2004. Brown’s seven touchdown catches are tied for No. 1 nationally among true freshmen and are also tied for No. 1 nationally among all freshmen (true or redshirt) from Power 5 conference teams. All seven of his touchdowns came in ACC games. The speedster averaged 18.9 yards per reception, while 33 percent of his 21 catches went for 20 yards or more, 29 percent went for 30 yards or more and 19 percent went for 40 yards or more. 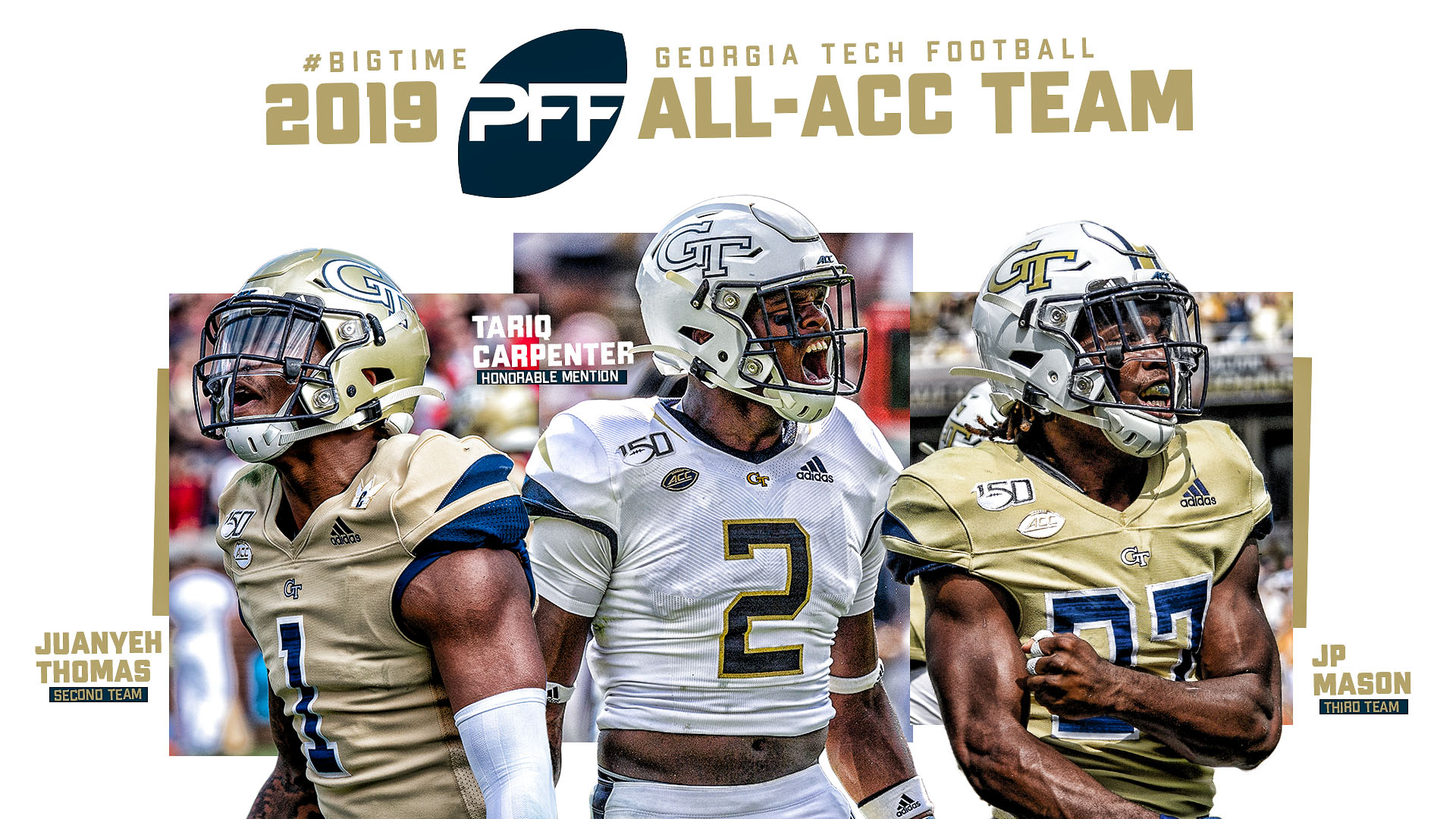 In his first season seeing extensive action on defense, Thomas ranked fourth on the team with 60 tackles and four passes defended. The sophomore added an interception, a forced fumble and two-and-a-half tackles for loss. His acrobatic interception against Pitt on Nov. 2 earned him the weekend’s “Best Ball Hawk” award from ESPN’s SportsCenter.

Mason led Georgia Tech with a career-high 899 rushing yards and seven touchdowns this season, good for sixth and eighth in the ACC, respectively. His 899 rushing yards rank 59th nationally. He had three 100-yard games, including 141 yards apiece in wins over Miami and NC State. He also ran for 99 yards in the Yellow Jackets’ victory over USF. Just two seasons into his collegiate career, the sophomore already ranks 27th in Georgia Tech history with 1,558 career rushing yards. He also earned third-team all-conference honors from the ACC earlier in the week.

Carpenter ranked third on the team (and tops among Georgia Tech defensive backs) in tackles with 62, despite missing the final game of the season due to injury. The junior also tied for second on the squad with six passes defended, to go along with an interception, a forced fumble and two tackles for loss.

Pro Football Focus utilizes its play-by-play grades and advanced statistics from every game, as well as considering strength of opponent and consistency in determining its postseason awards.

Behind its four honorees (a freshman, two sophomores and a junior), Georgia Tech returns more than 90 percent of its production on both sides of the ball next season, including 100 percent of its passing yards, 99.9 percent of its rushing yards and 100 percent of its defensive takeaways. Fans can make deposits on 2020 Georgia Tech football season tickets, which include the Yellow Jackets’ Nov. 14 “Mayhem at MBS” matchup versus Notre Dame at Mercedes-Benz Stadium. For more information, ramblinwreck.com/mbs2020.

#TGW: Welcome Home, Coach
Inside The Chart: In Good Hands