THE FLATS – Jose Alvarado had an 18-point performance, while Jordan Usher added 12, as Georgia Tech men’s basketball lost in a closely contested 57-49 ballgame against No. 9 Virginia on Wednesday evening . The Yellow Jackets’ loss ends an 11-game win streak against Atlantic Coast Conference teams at McCamish Pavilion.

Usher scored nine points in the opening half, while Alvarado and Bubba Parham added seven- and five-point performances, respectively. Down 7-2 early, Alvarado made a layup and Parham drained the Jackets’ first three to tie it up at seven a piece. The Yellow Jackets would then outscore the Cavaliers 19-13 throughout the rest of the first as a stout defensive effort saw Tech force 10 turnovers. Parham snagged three steals in the first while Moses Wright collected four rebounds.

After leading 26-20 at the intermission, Georgia Tech and Virginia traded the lead throughout the beginning of the second half. The Jackets found themselves up 37-36 at the 11:33 mark, as Tech executed a 5-2 run anchored by a successful two-point trip at the foul line and triple from Alvarado.

With Tech up 42-38, UVA answered back with a triple from guard Kihei Clark at 7:39, making it a one-point game in Tech’s favor at 42-41. Alvarado scored a jumper with 6:18 left giving Tech a 44-41 advantage. Jumpers by Sam Hauser and Clark on consecutive possessions put the Cavaliers up 45-44. A three by Clark at 4:37 followed, extending Virginias’ lead to 48-44. The Cavaliers held on the rest of the way-out outscoring Tech 9-4 over the final four and a half minutes, winning the contest at 57-49.

The Yellow Jackets face a stretch of three games in the next six days starting this Friday when Tech travels to Clemson. Tip-off is set for 8 p.m. and will be broadcast live on ACC Network. 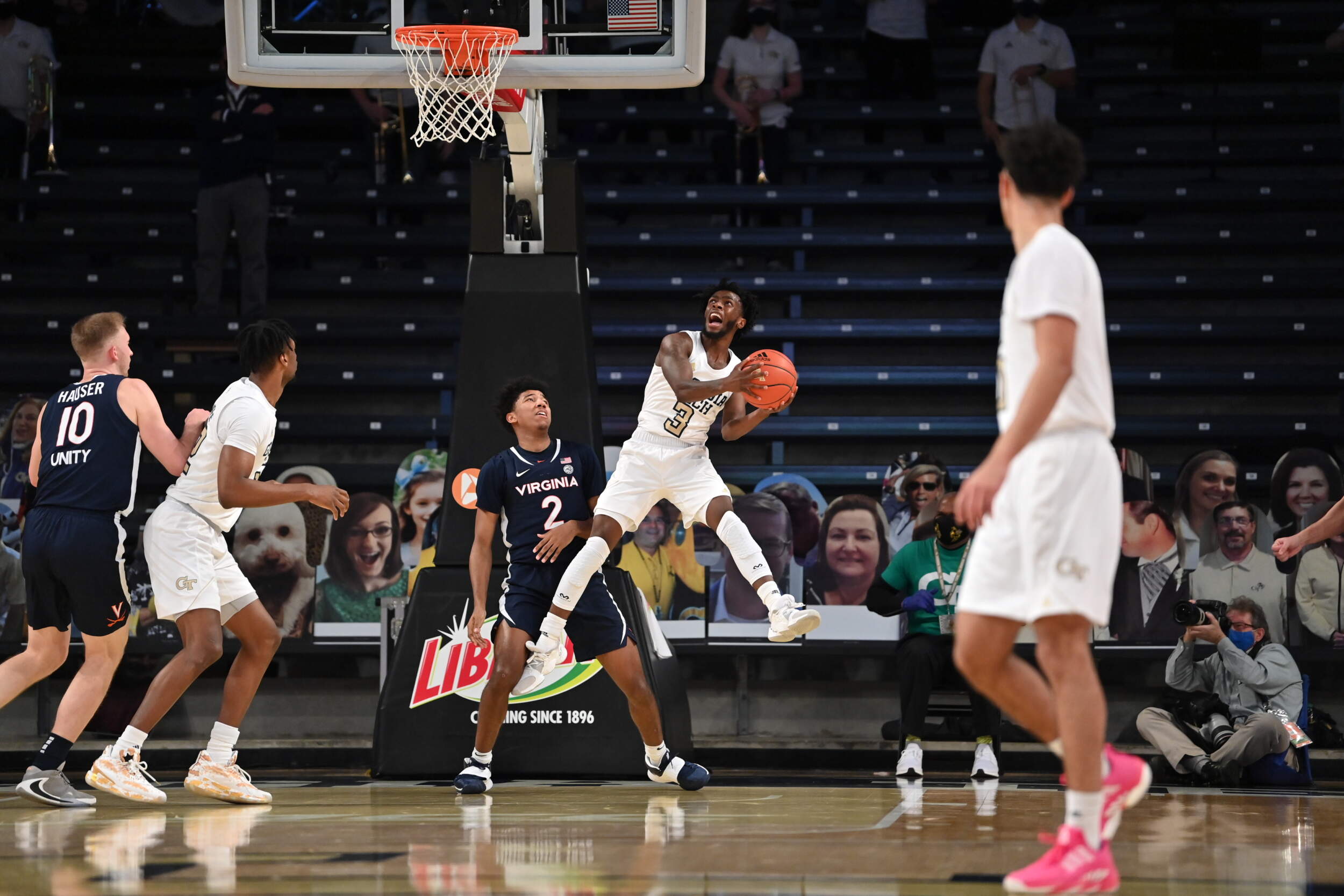 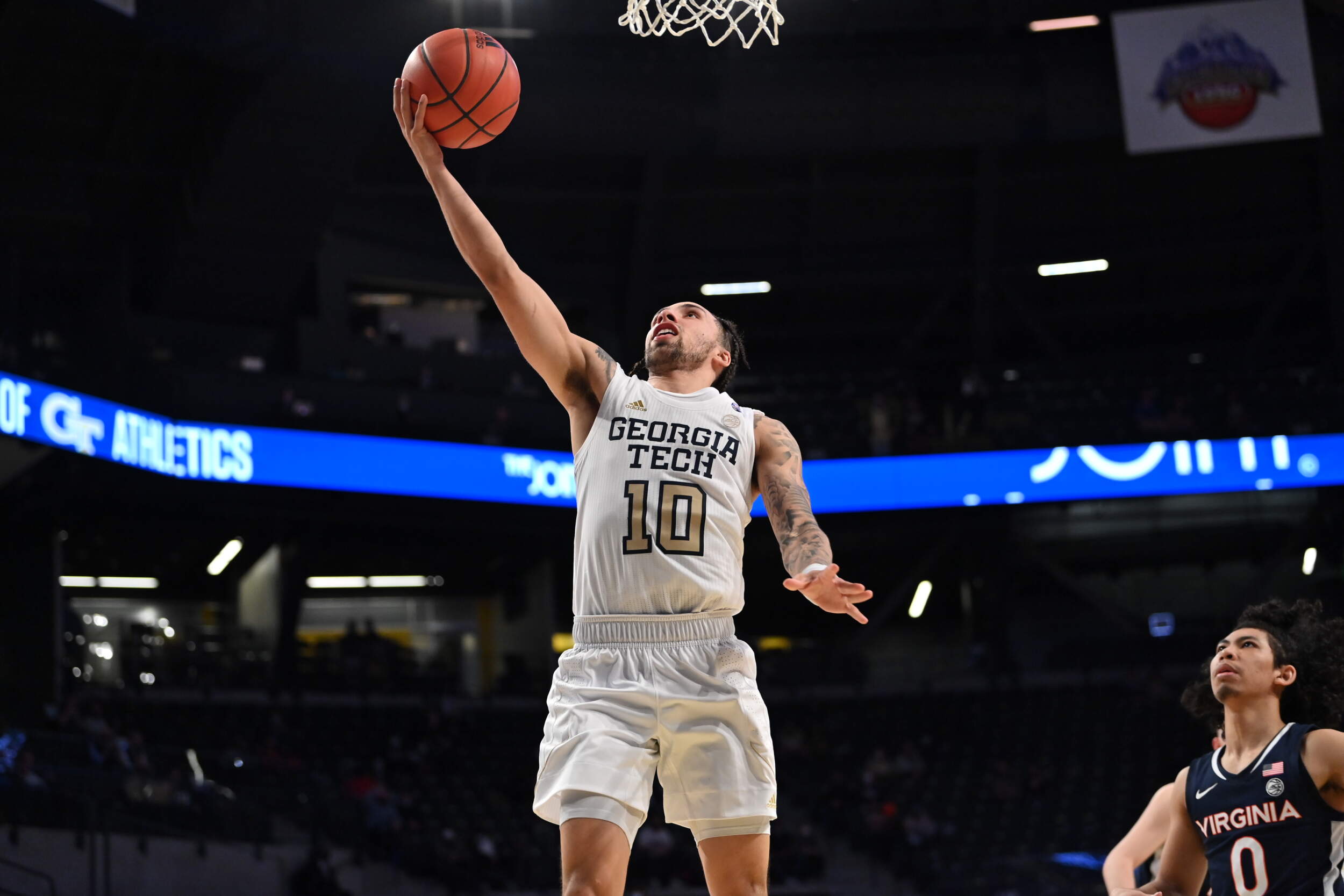 Jose Alvarado was 7-for-12 from the field, scoring 11 points in the second yhalf. (photo by Danny Karnik)