No. 23 Yellow Jackets Topped by No. 22 Fighting Irish

THE FLATS – No. 23 Georgia Tech volleyball fell to No. 22 Notre Dame, 3-0, on Thursday in O’Keefe Gymnasium, snapping a 16-game home winning streak for the Yellow Jackets. Sophomore outside hitter Julia Bergmann led the Jackets with her seventh double double of the season, finishing with 10 kills, 10 digs and two total blocks.

Volleyball vs. No. 22 Notre Dame 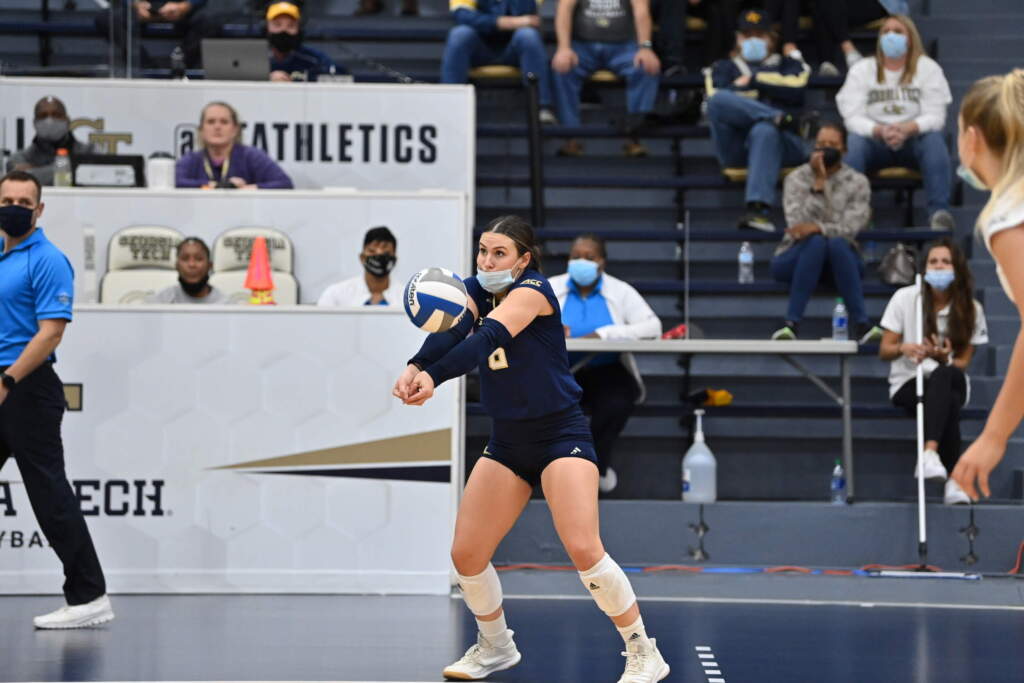 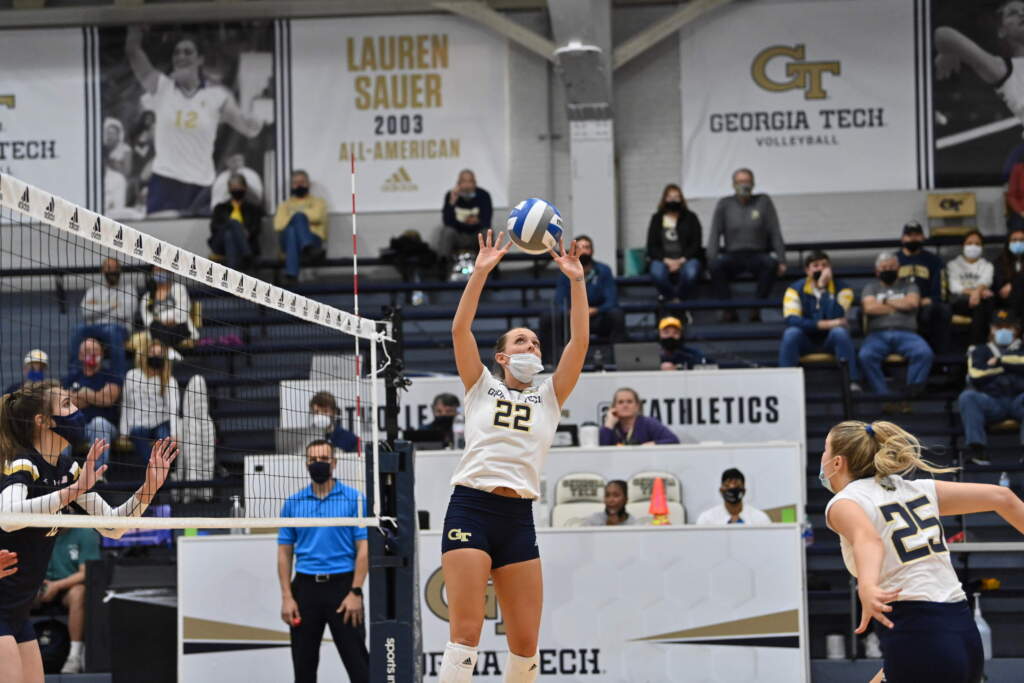 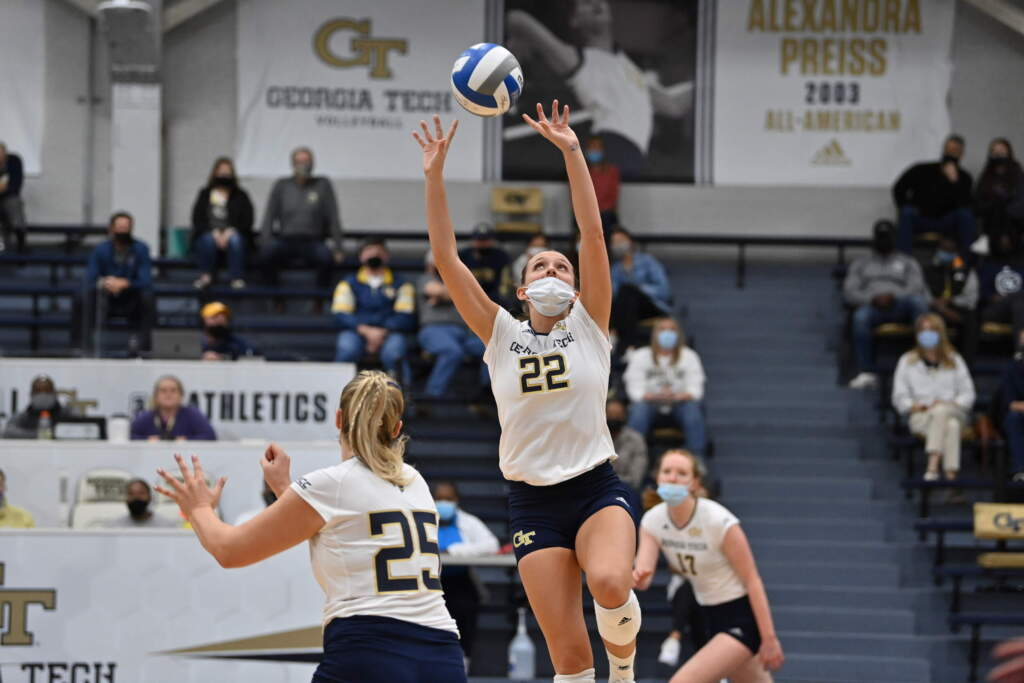 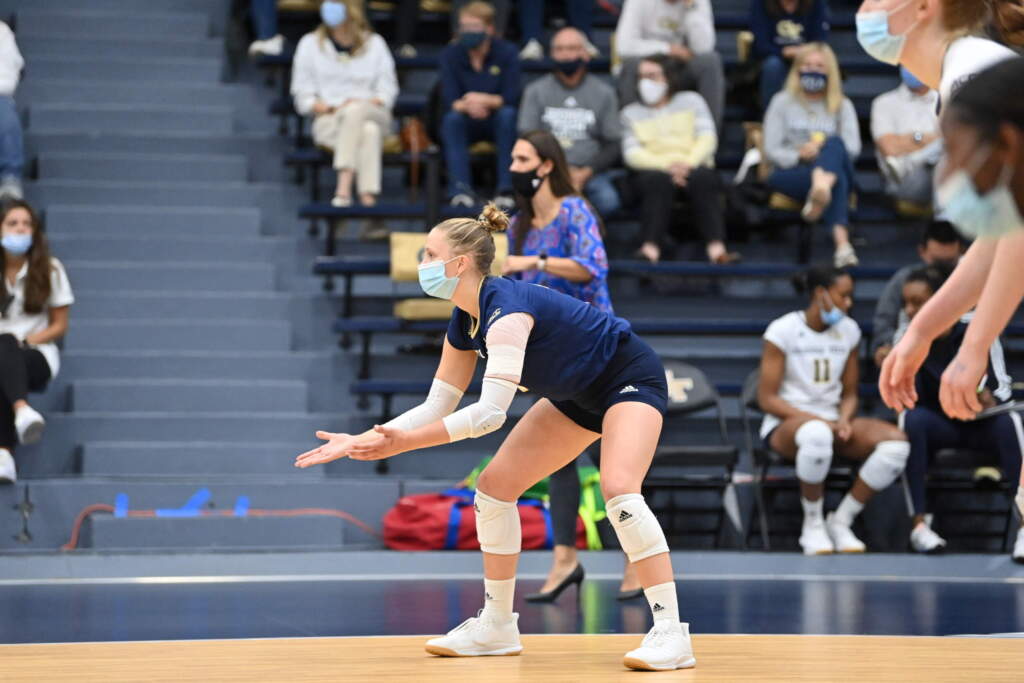 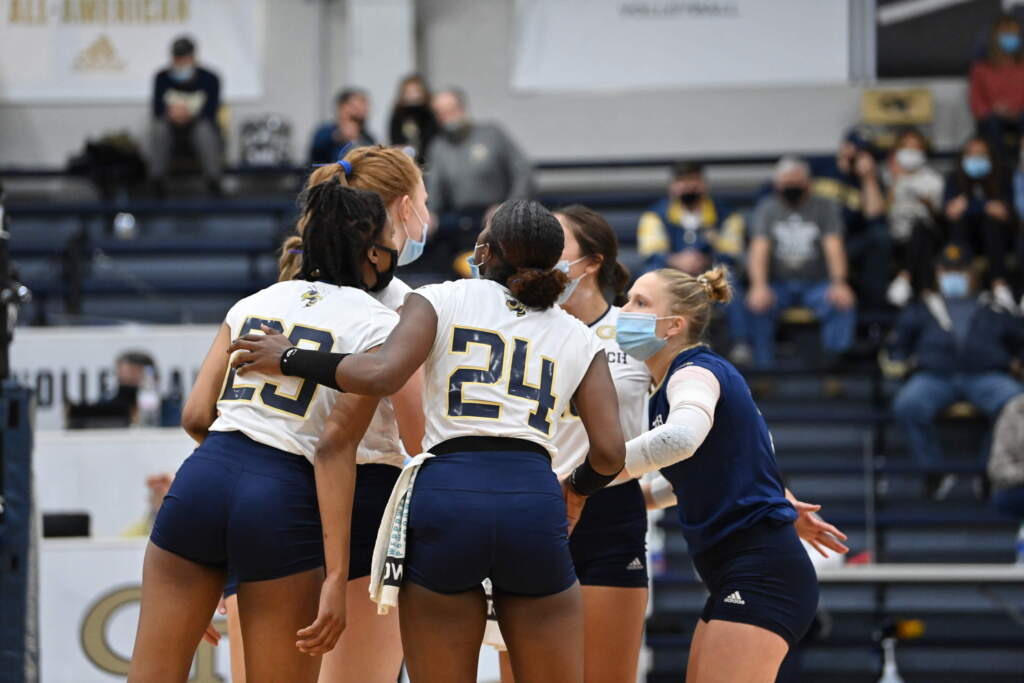 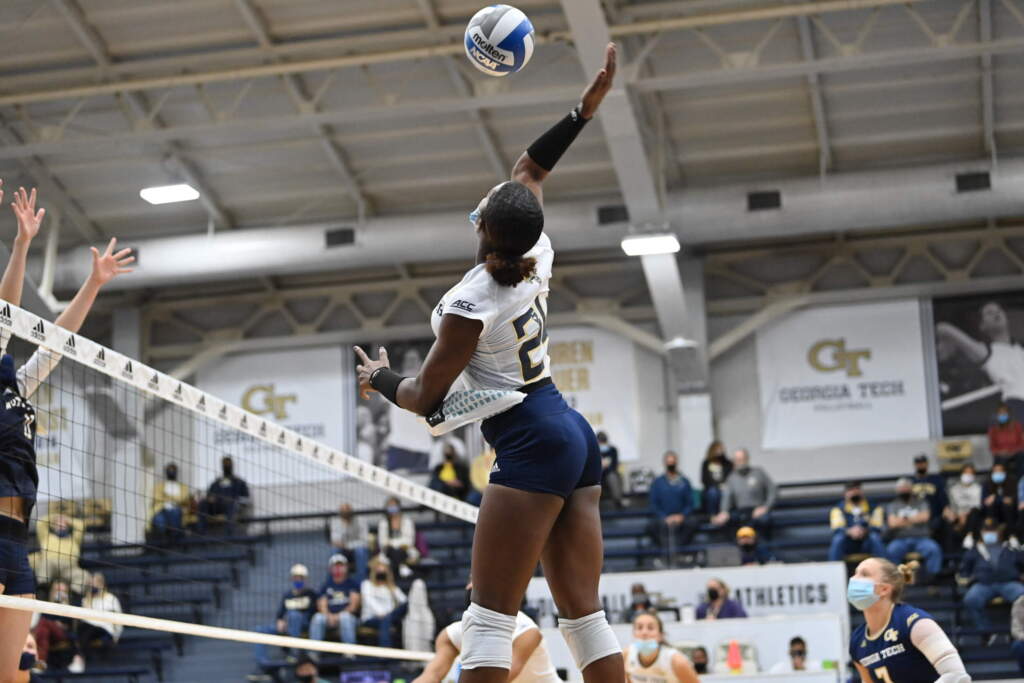 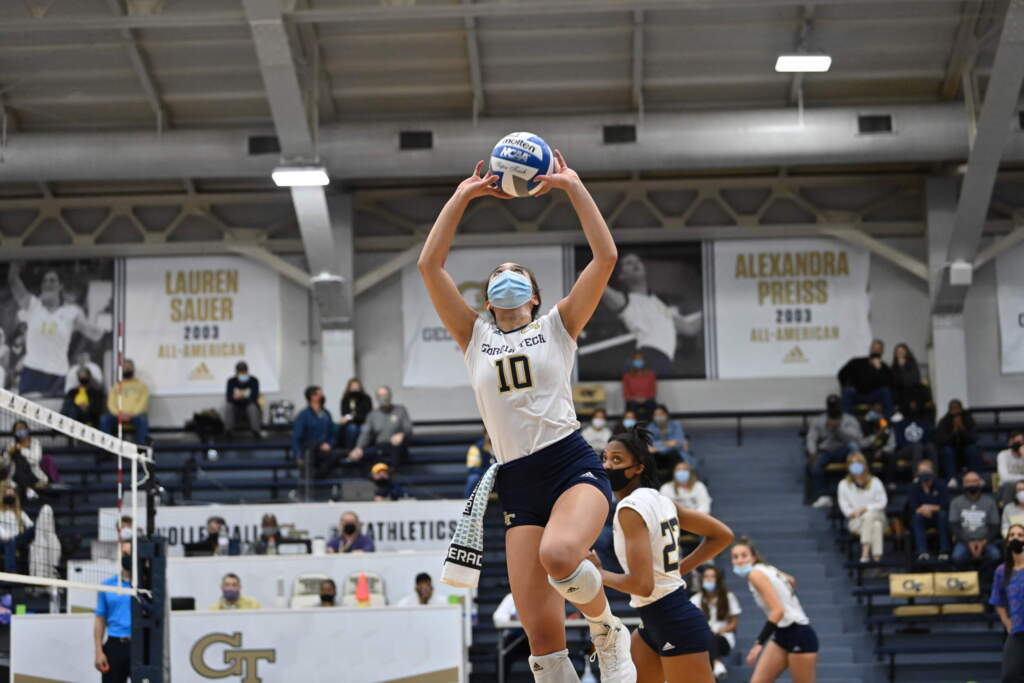 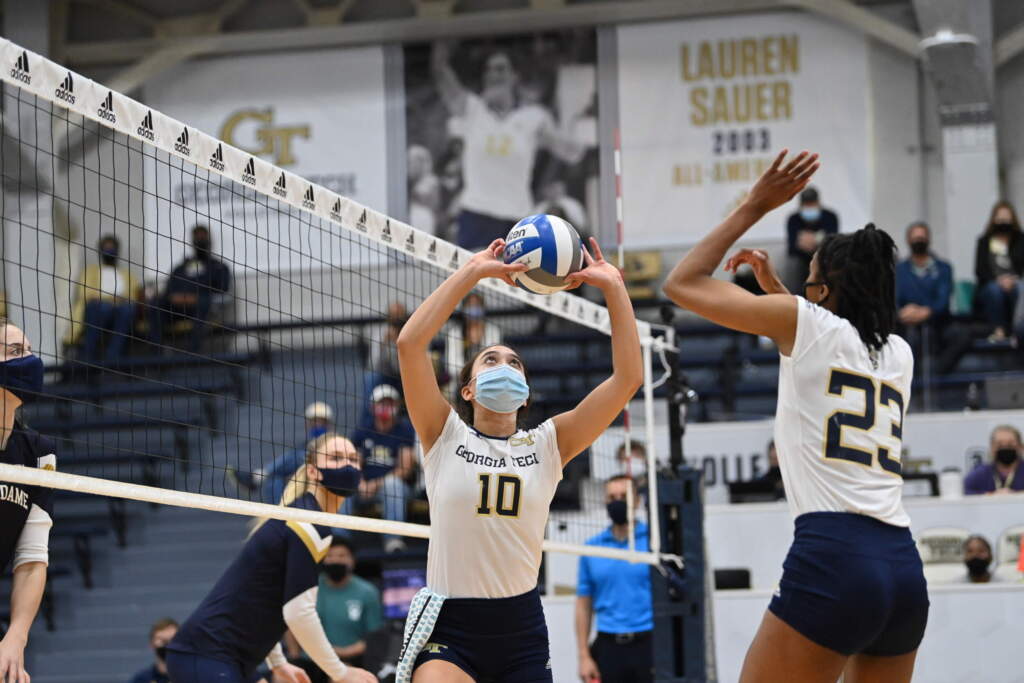 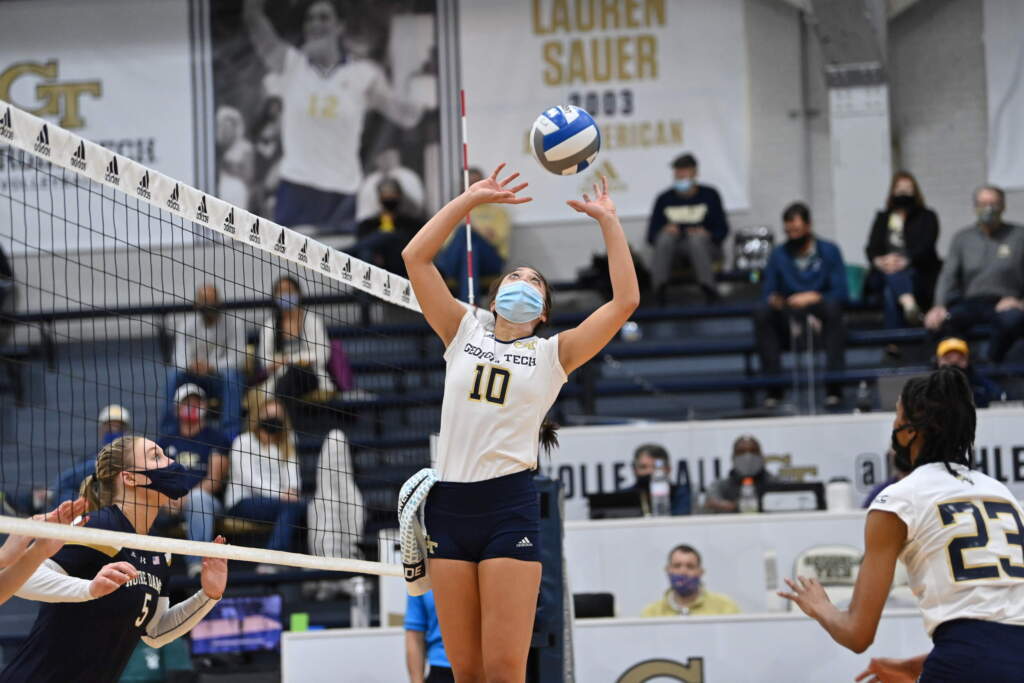 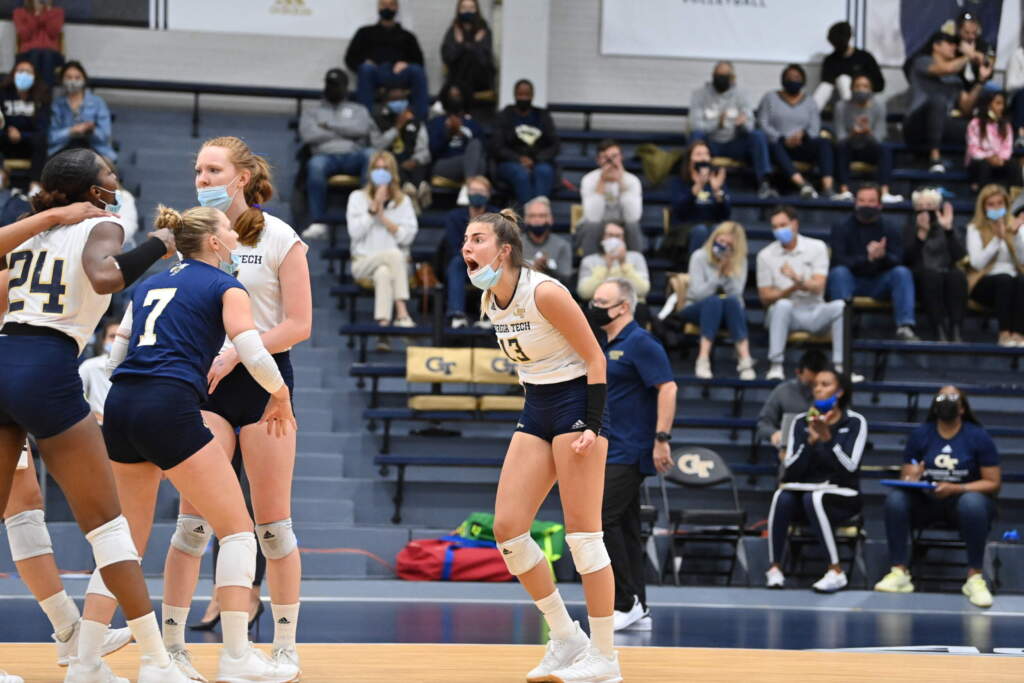 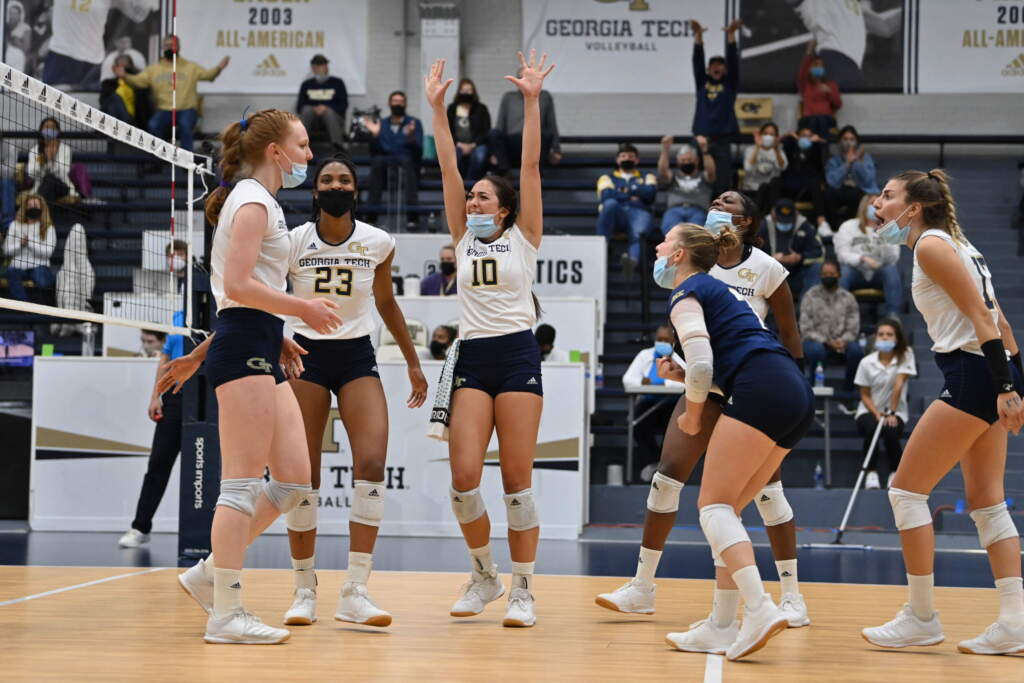 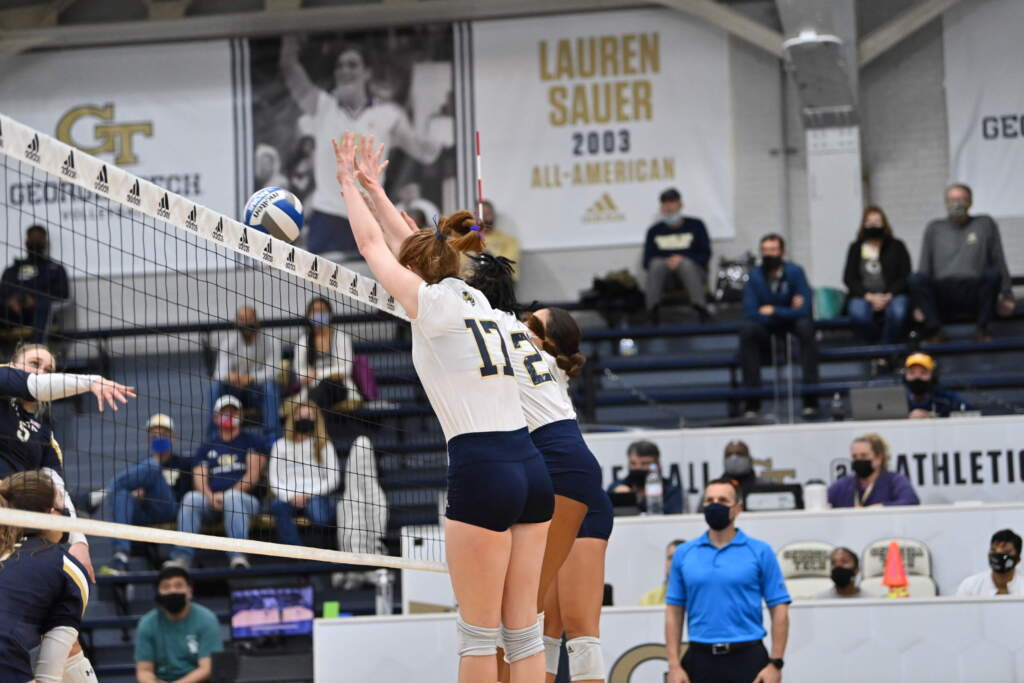 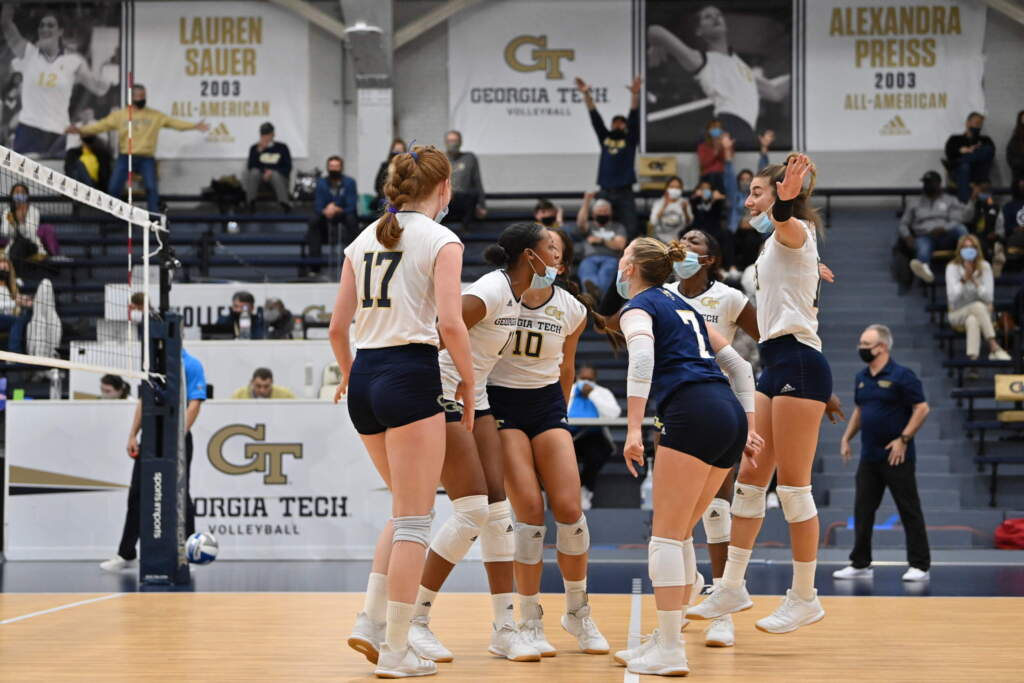 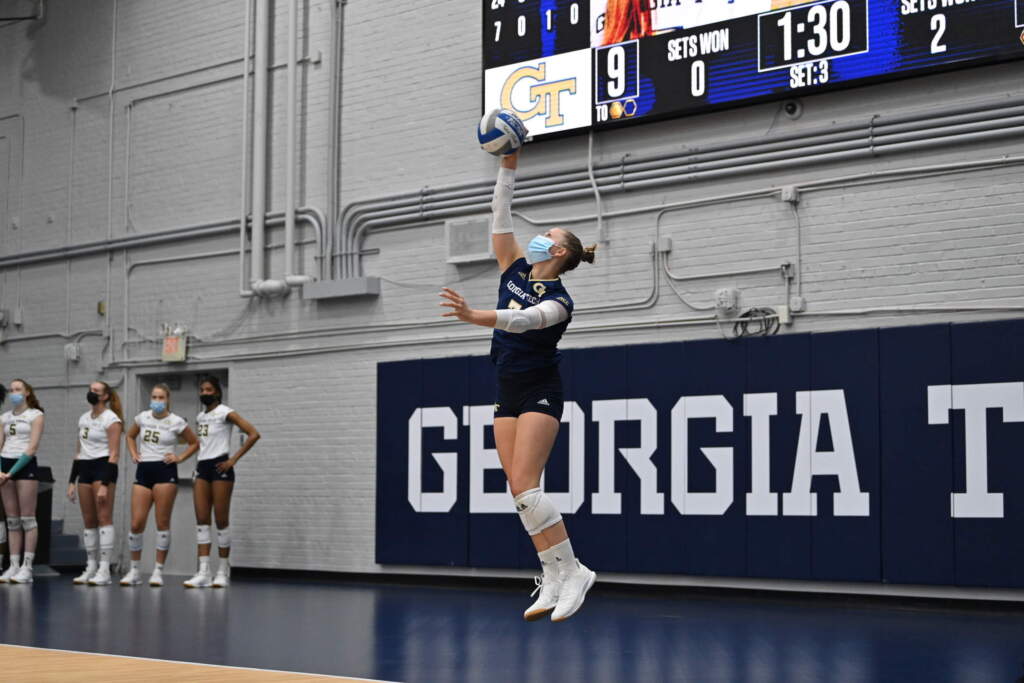 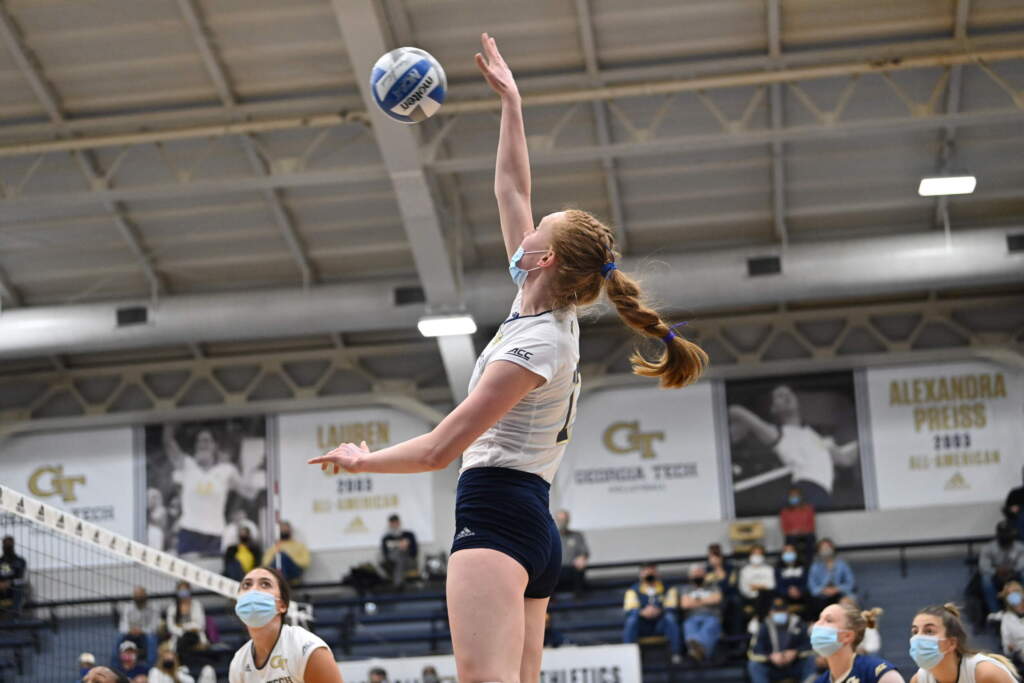 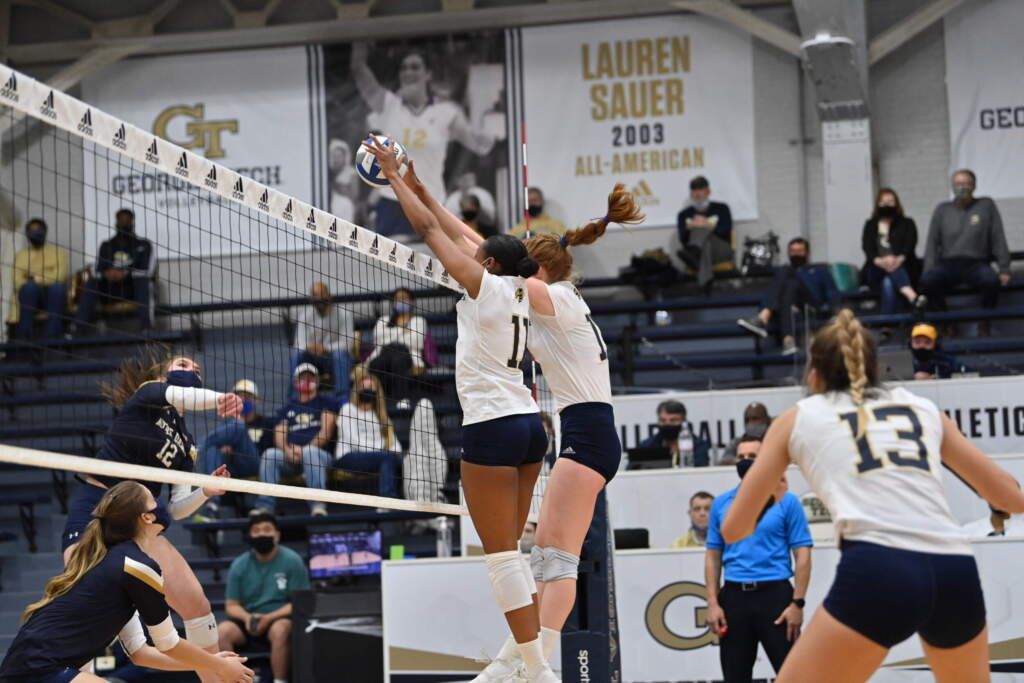 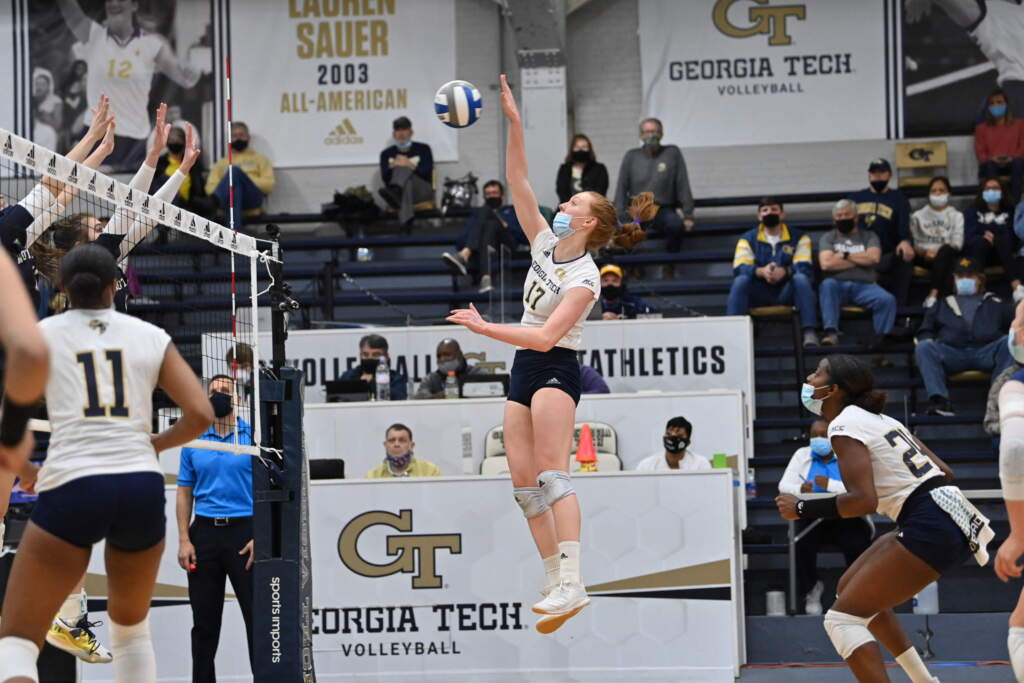 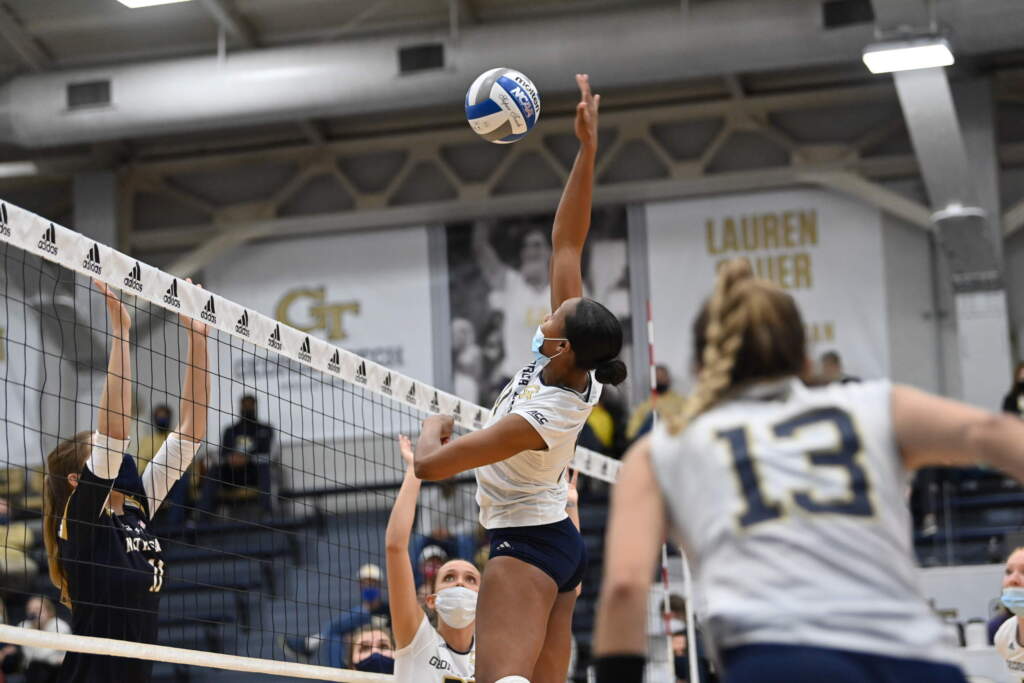 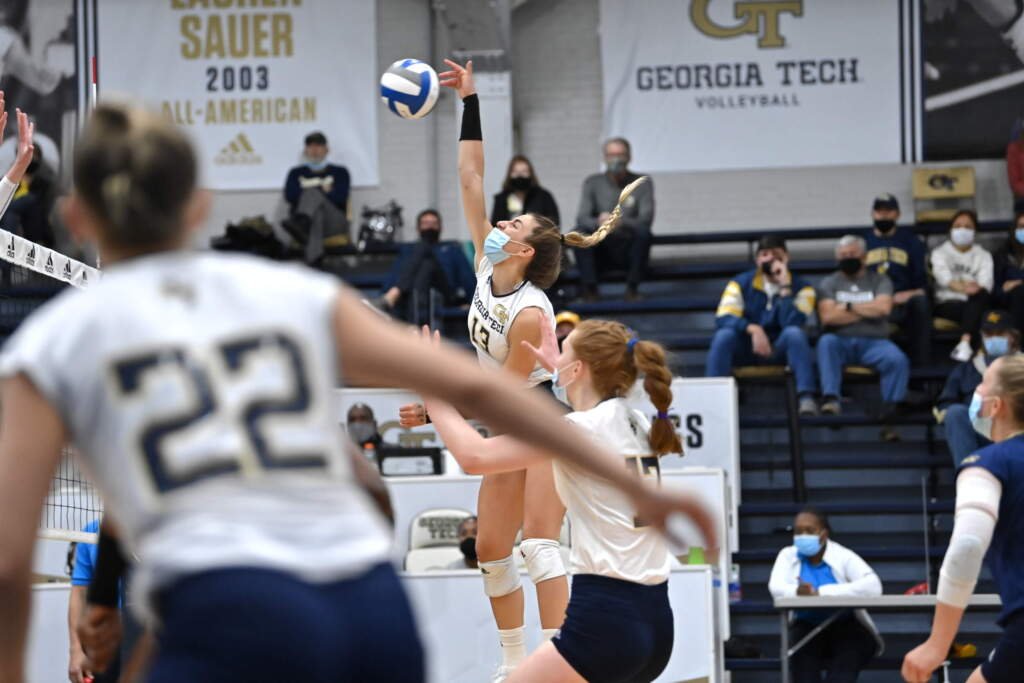 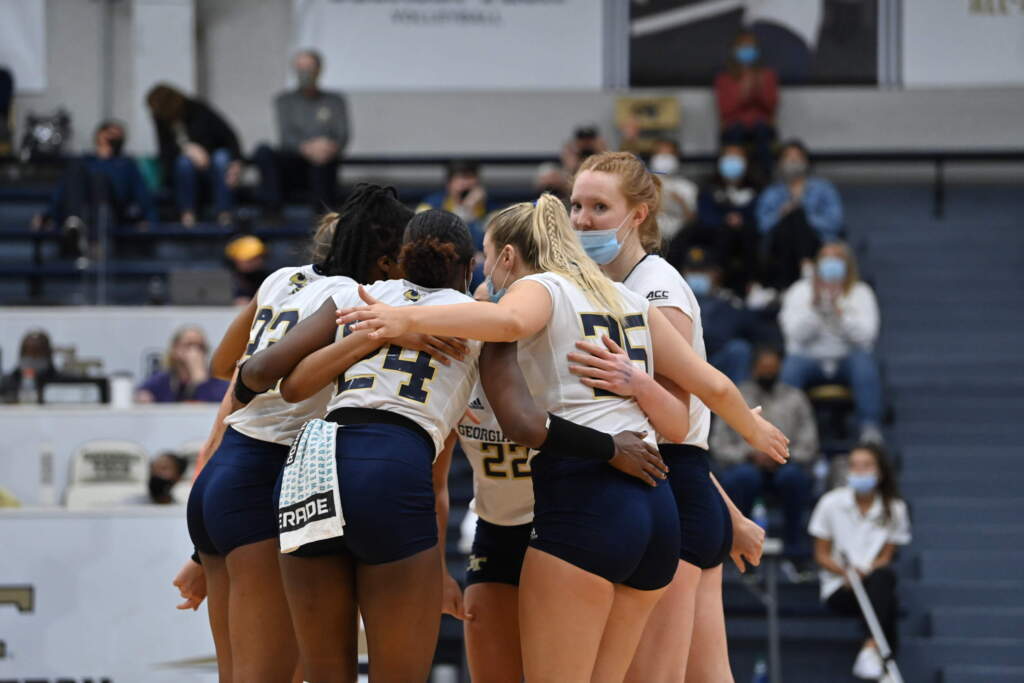 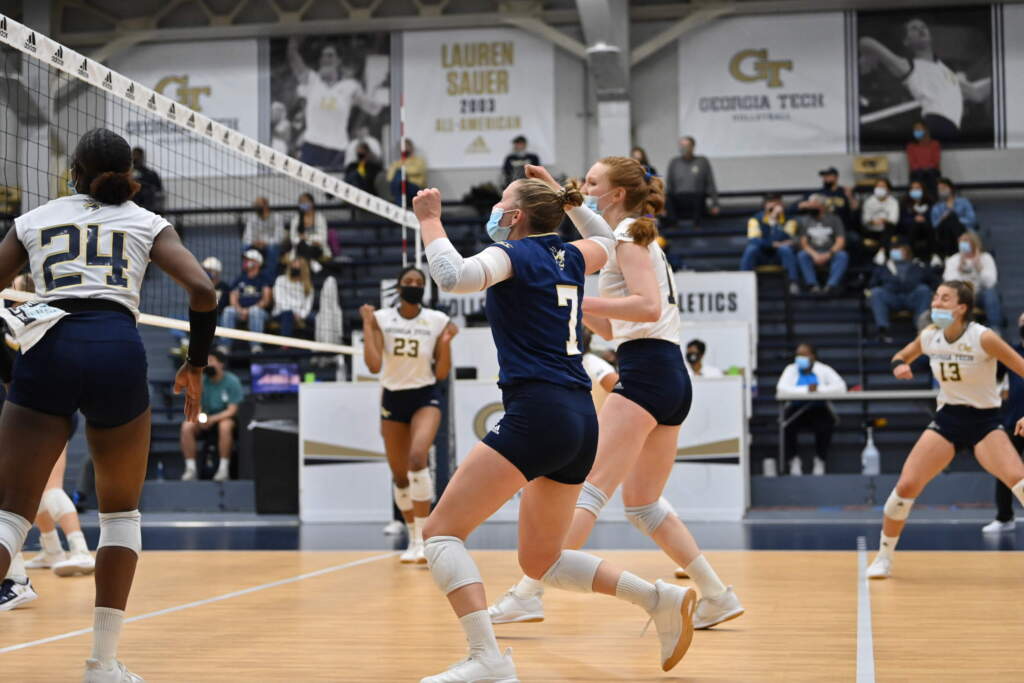 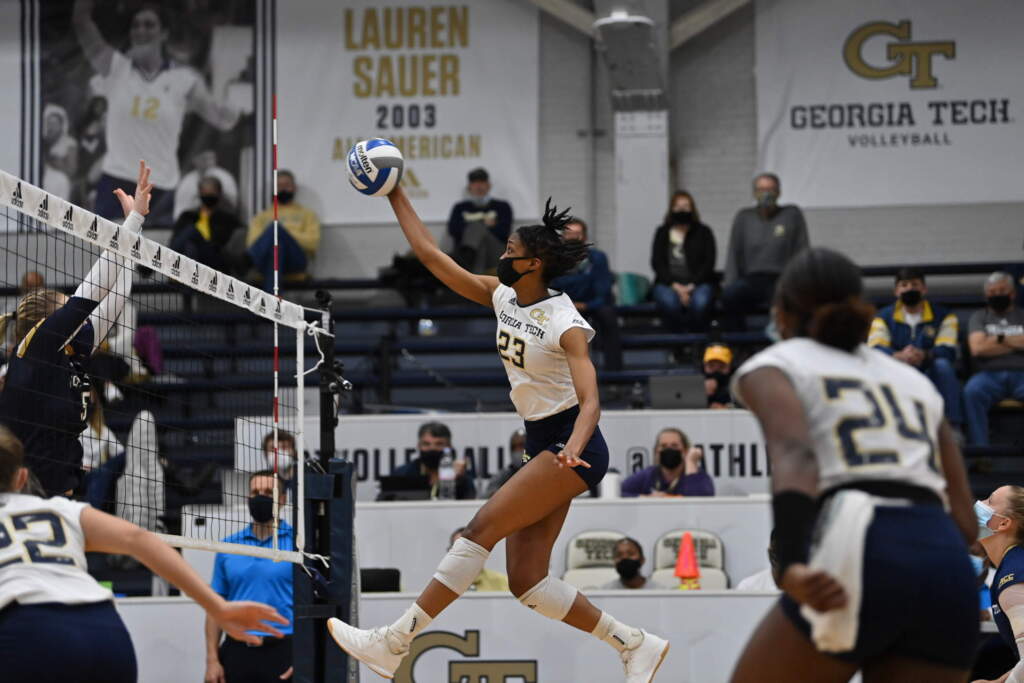 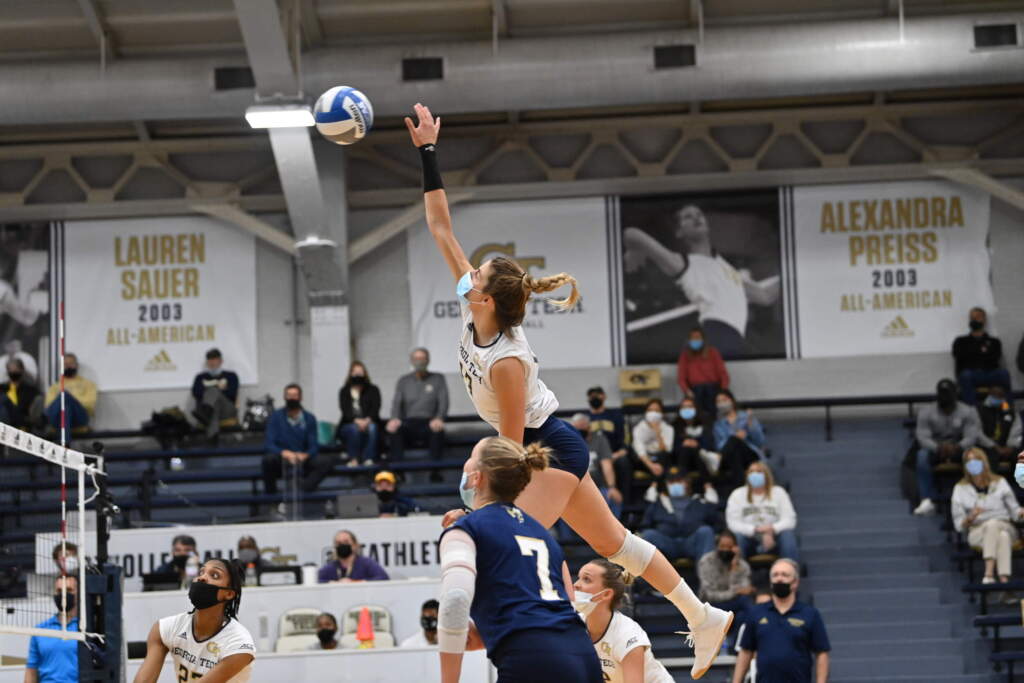 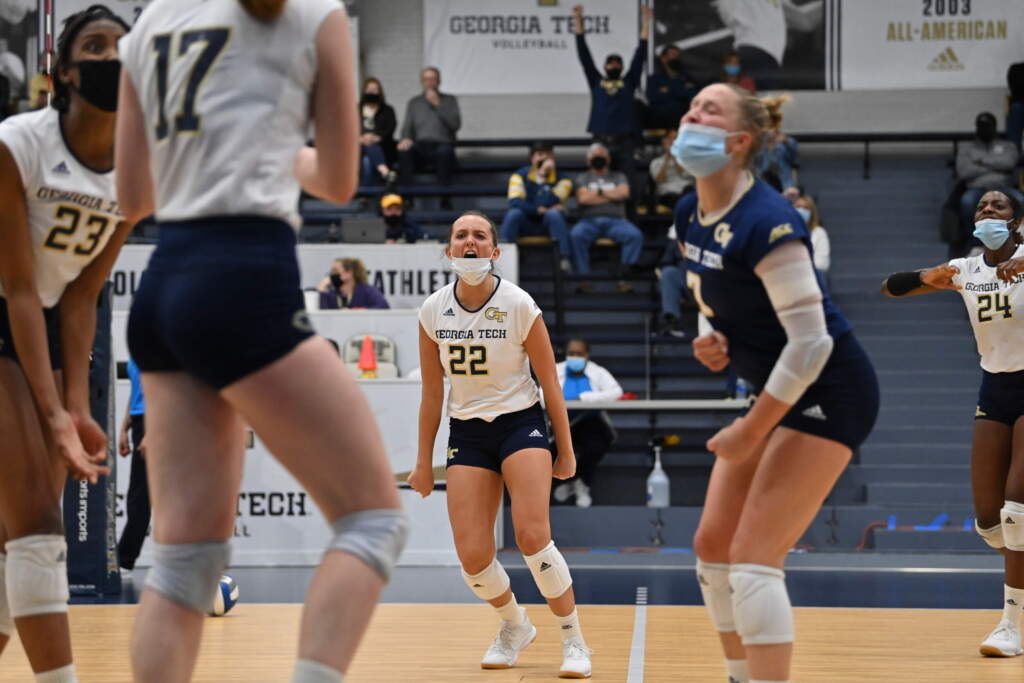 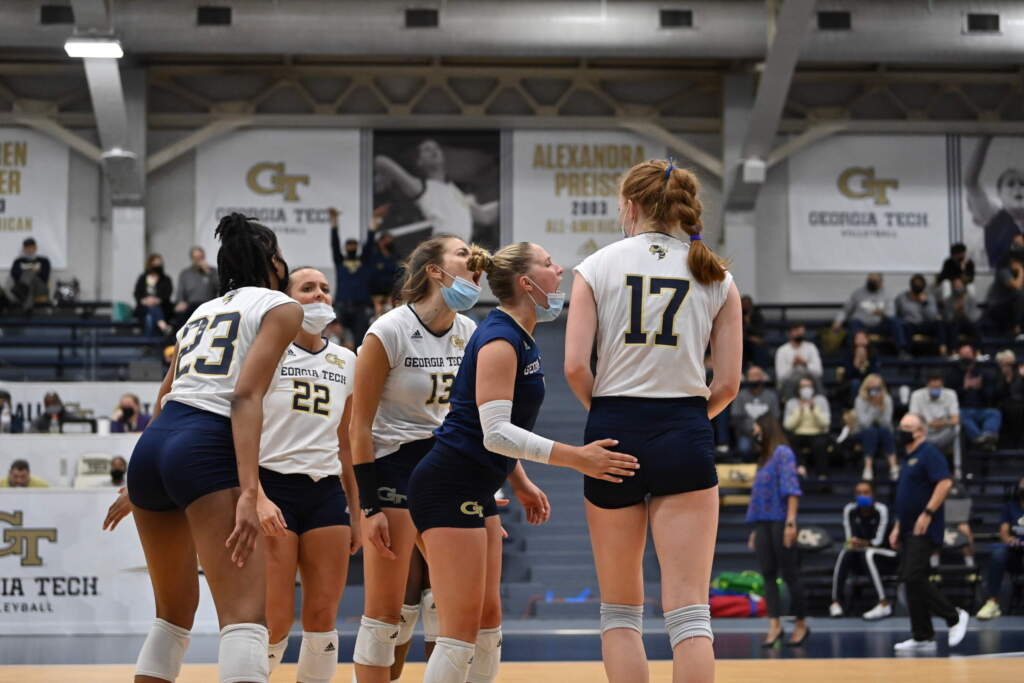 Notre Dame (13-3, 12-3 ACC) got off to a strong start in the first set jumping on top 14-7, but a subsequent four-point run capped with a kill by junior outside hitter Mikaila Dowd brought Georgia Tech (12-4, 12-4 ACC) within three. The two sides battled back and forth before the Jackets took three straight points to trail by just one, 19-18. The Fighting Irish gained momentum beyond that, finishing out the set for the 25-21 win.

Set two was tight early as the two squads found themselves locked at seven apiece after a pair of Notre Dame errors. The Fighting Irish used short runs to climb ahead, but Tech drew back within two at 18-16. Notre Dame once again caught fire late, going on to take the set, 25-18.

Another hot start in the third set propelled the Fighting Irish on top early, 11-5. The Jackets drew within two on a three-point run including a Bergmann kill, but Notre Dame pulled back ahead by six. Despite two more kills by Bergmann when Notre Dame had match point, Tech was unable to surmount the deficit, falling 25-20 in the set and 3-0 in the match.

Georgia Tech concludes the regular season hosting Duke (9-11, 7-8 ACC) on Saturday at 2 p.m. in O’Keefe Gymnasium. The match will be broadcast on ACC Network Extra. Live stats will be available here.

NO. CHANCE. 🙅‍♀️@kaylaikaiser SMASHES one from the middle 💪

The Alexander-Tharpe Fund is the fundraising arm of Georgia Tech athletics, providing scholarship, operations and facilities support for Georgia Tech’s 400-plus student-athletes. Be a part of developing Georgia Tech’s Everyday Champions and helping the Yellow Jackets compete for championships at the highest levels of college athletics by supporting the Support The Swarm Fund, which helps Georgia Tech athletics offset the significant financial challenges associated with Covid-19, and the Annual Athletic Scholarship Fund, which directly provides scholarships for Georgia Tech student-athletes. To learn more about supporting the Yellow Jackets, visit atfund.org.