No. 22 Jackets Sting Wolfpack for 10th Sweep of Season

The resounding victory gives the Jackets (12-3, 12-3 ACC) their 10th sweep of 12 wins this season and 30th win in their last 34 matches dating back to 2019. Georgia Tech currently sits in second place in the ACC with 12 conference wins. Pending results for other conference frontrunners Notre Dame (12-3, 11-3 ACC) and Louisville (11-2, 9-2) on Sunday will determine the ACC standings heading into the final weekend of the regular season. Should the Cardinals lose Sunday, the Yellow Jackets will at least tie with Notre Dame for the conference lead. Should the Fighting Irish and Cardinals lose, Tech would stand alone atop the ACC. 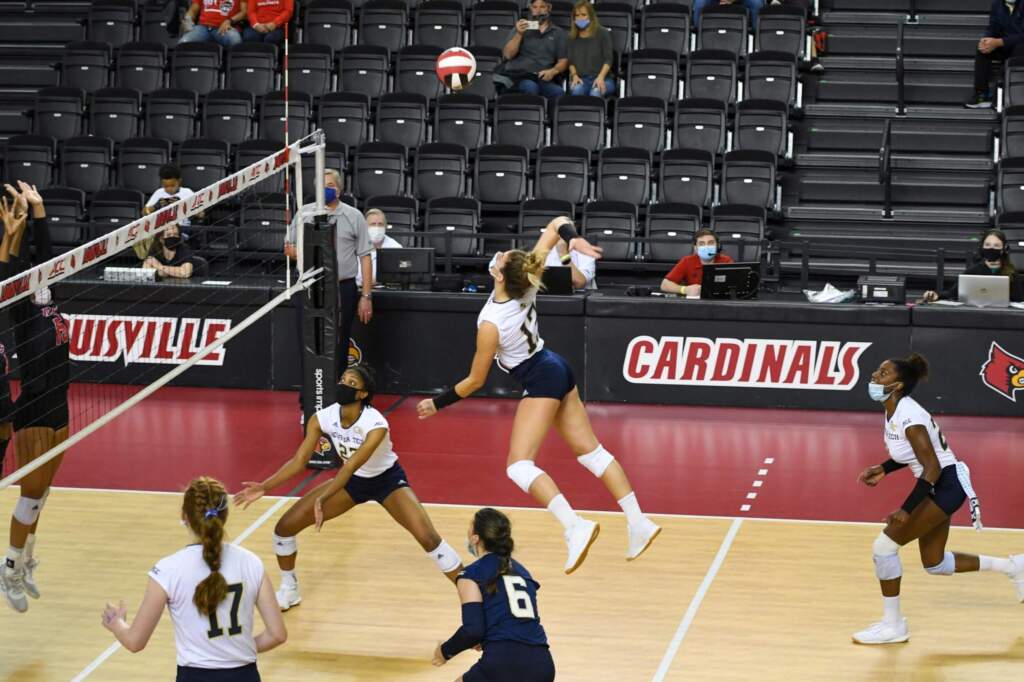 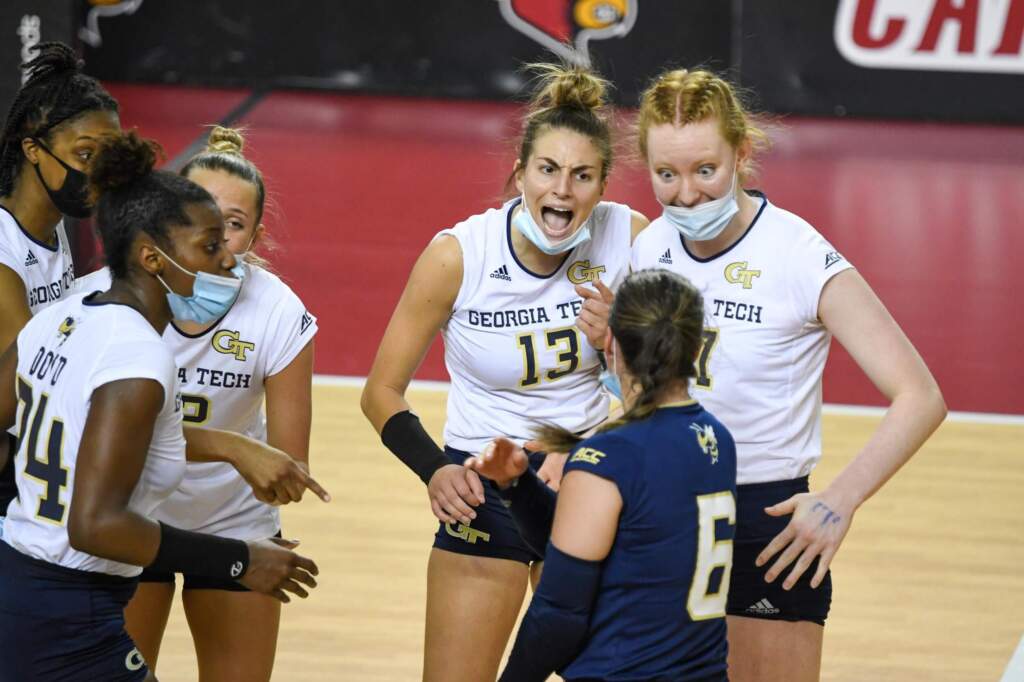 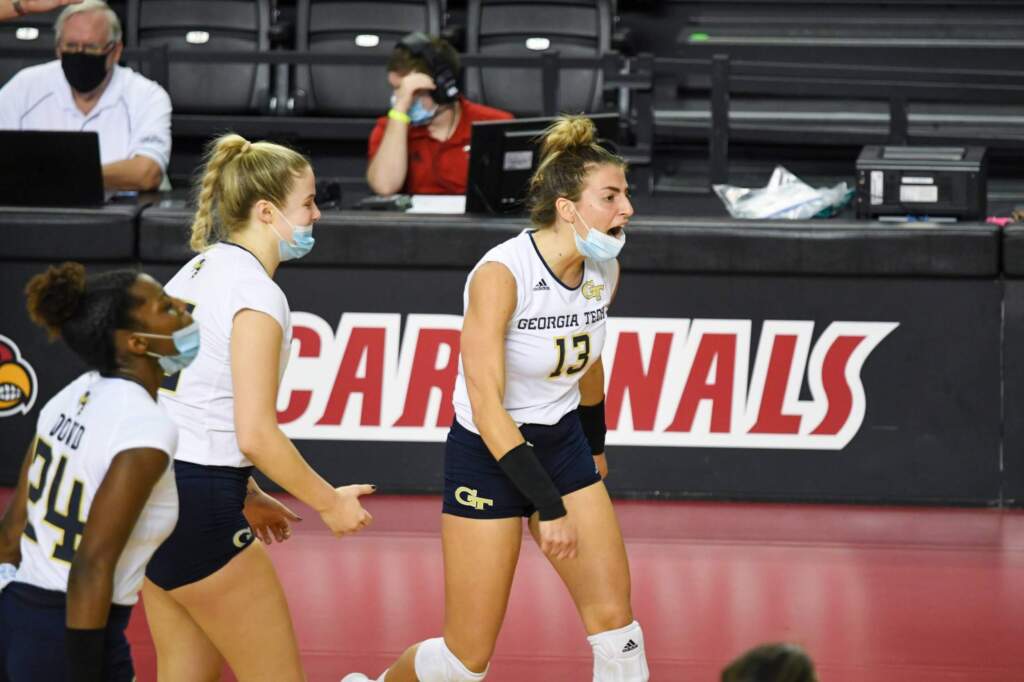 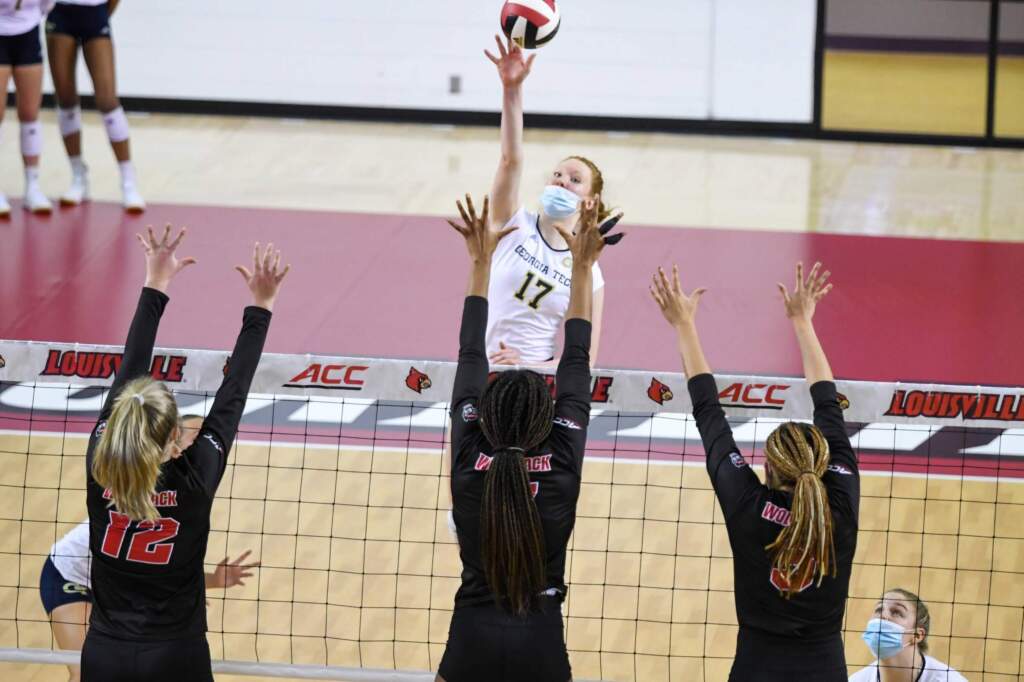 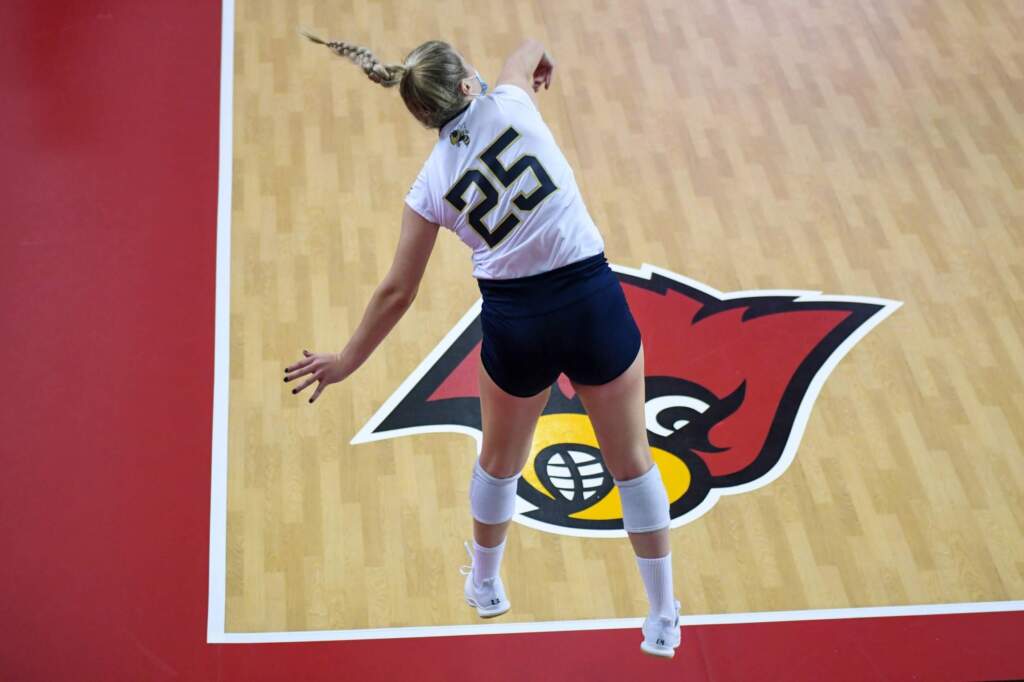 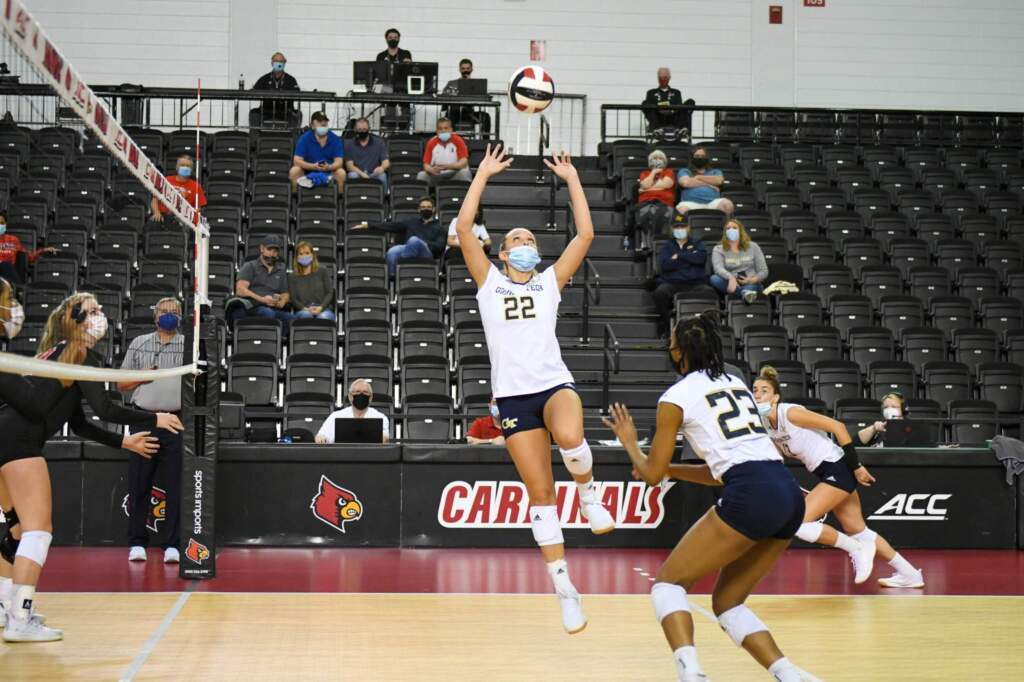 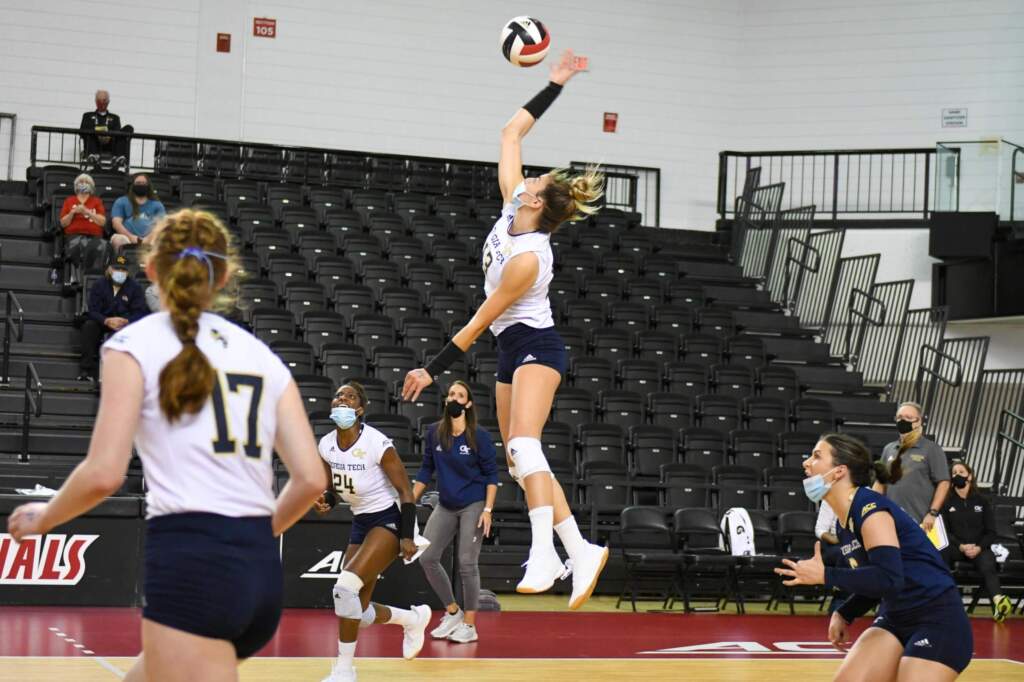 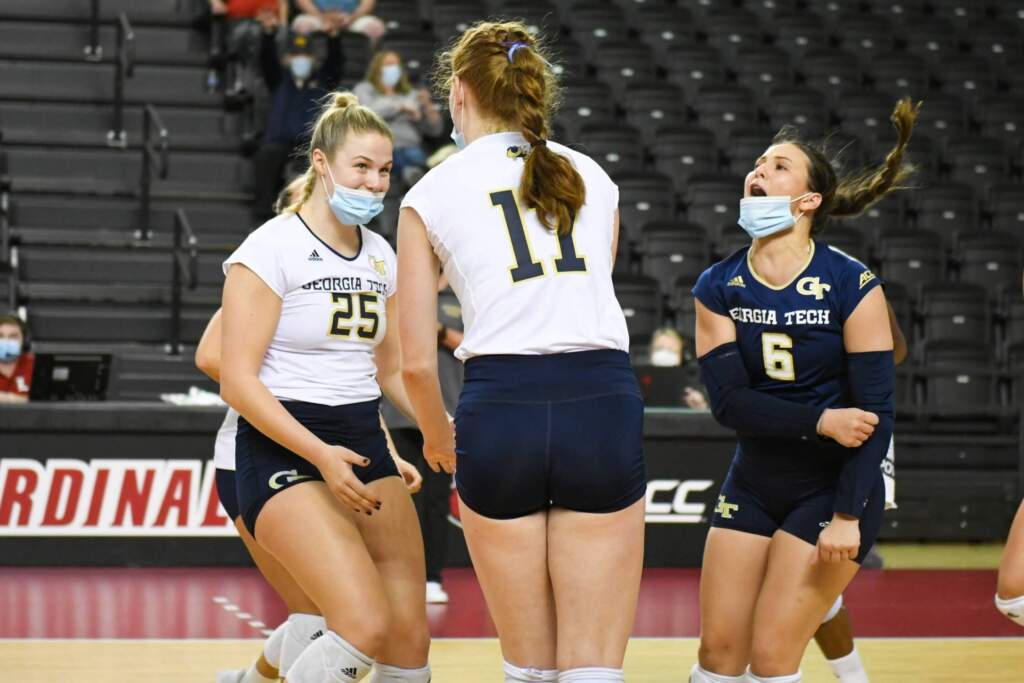 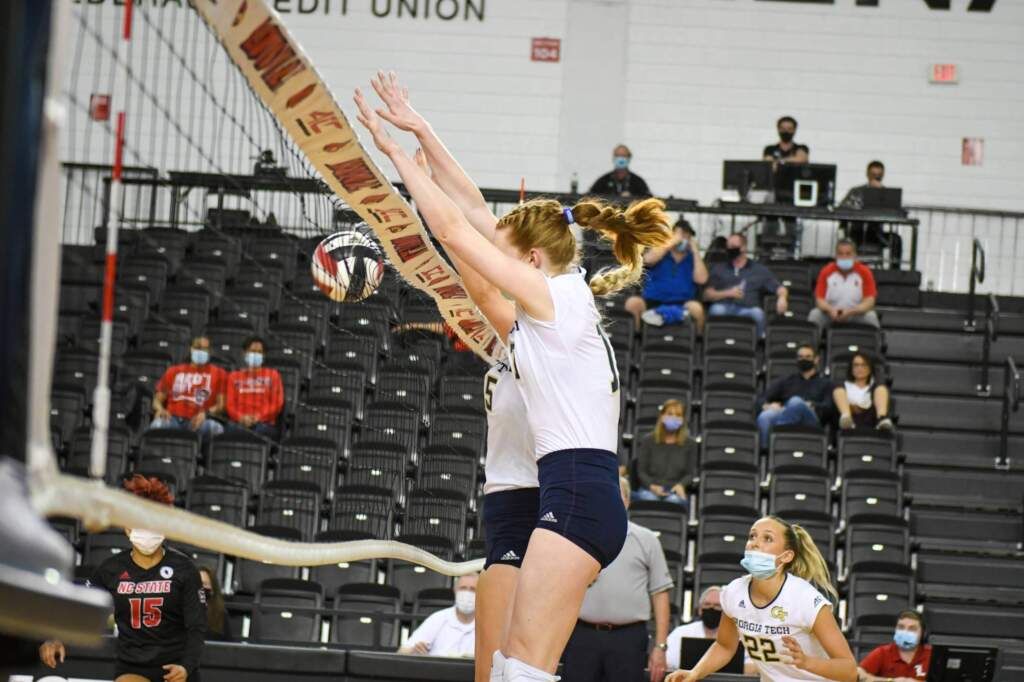 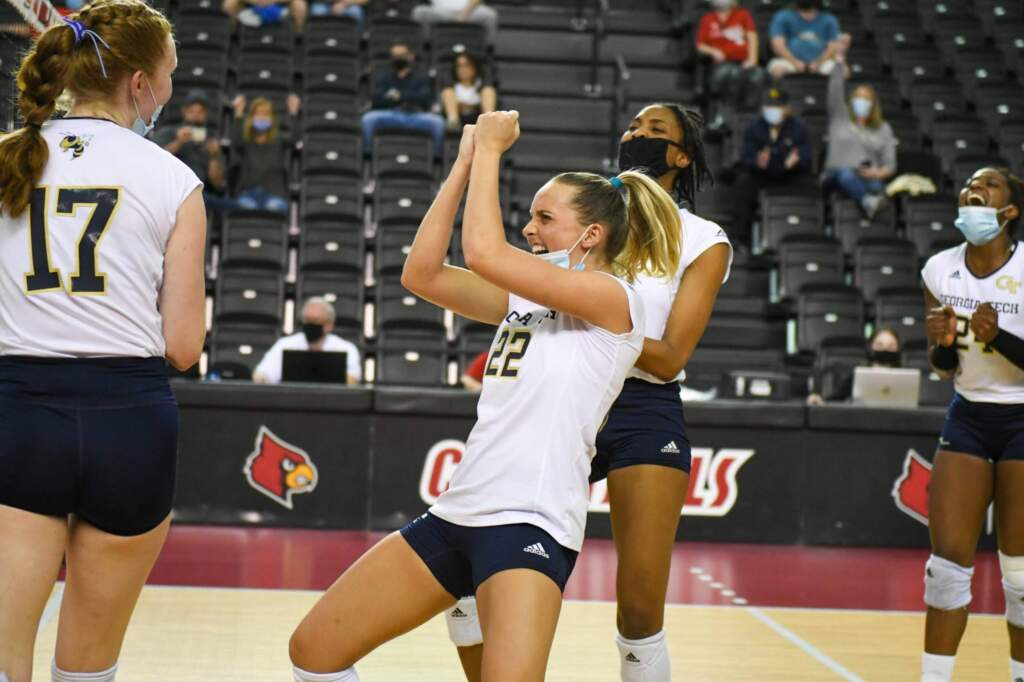 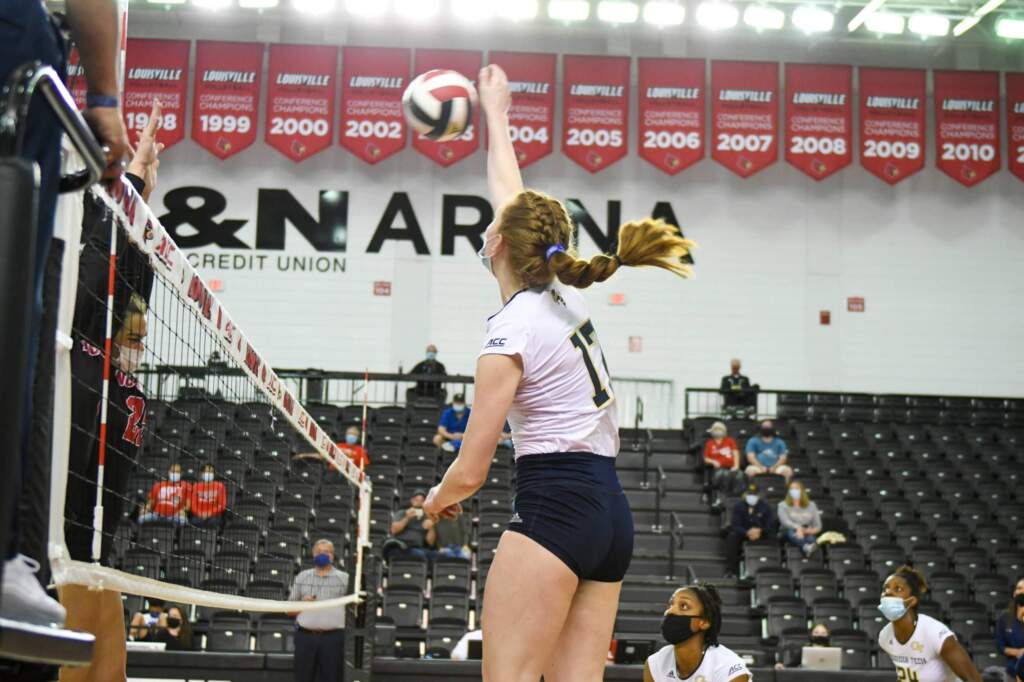 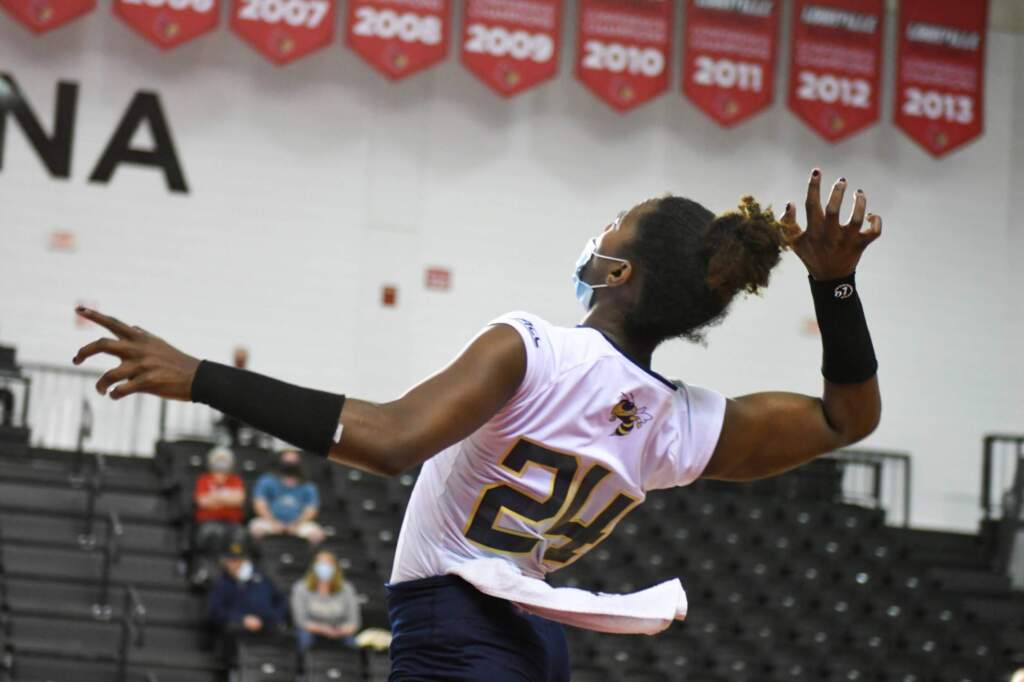 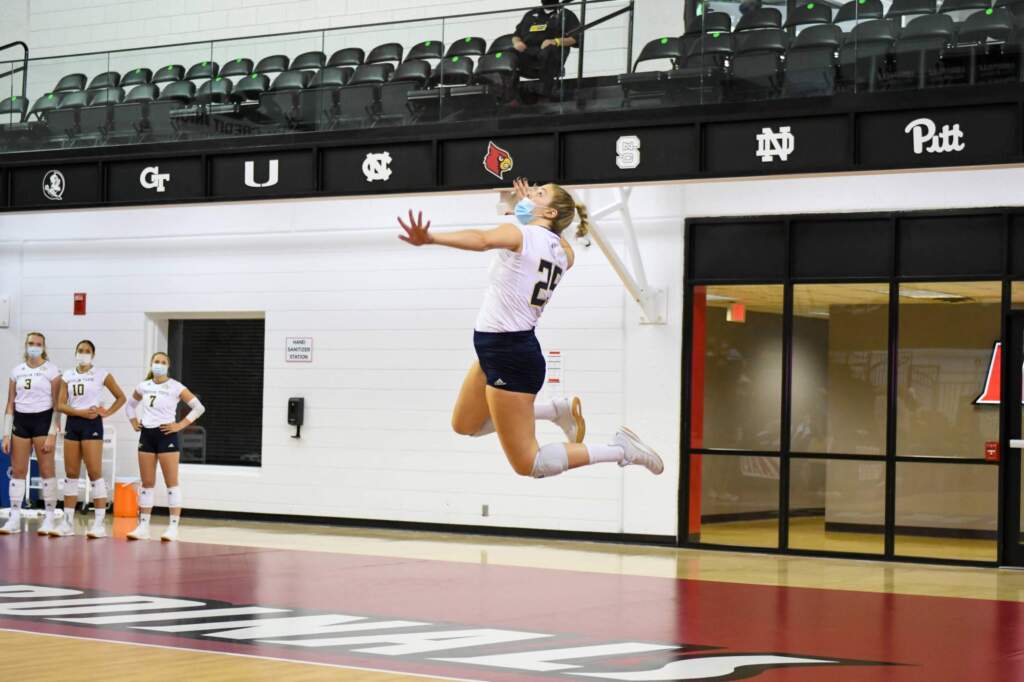 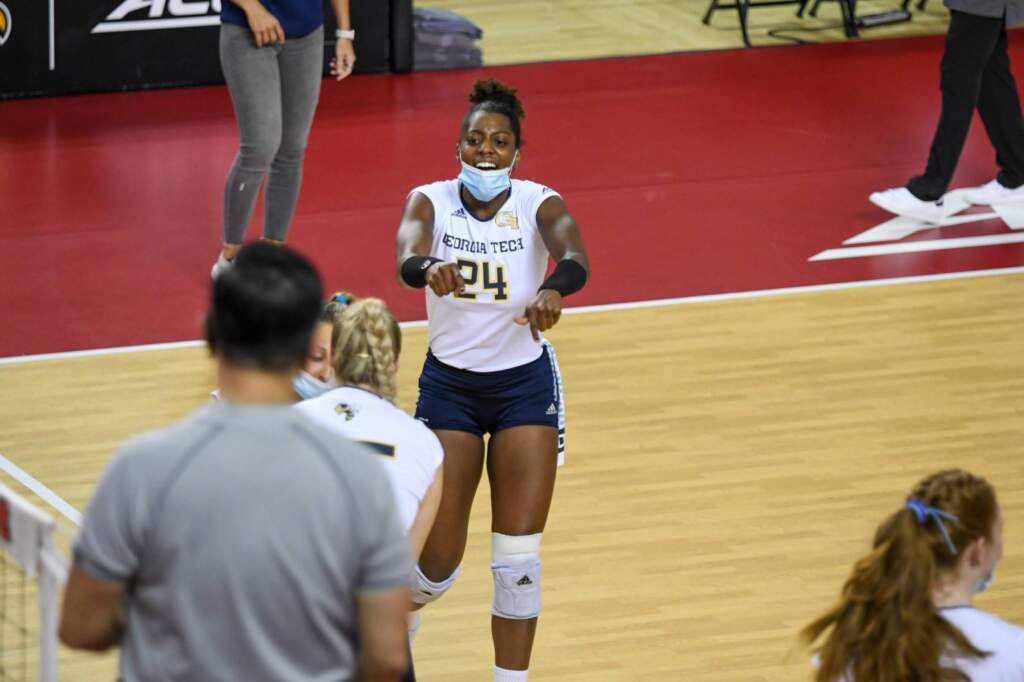 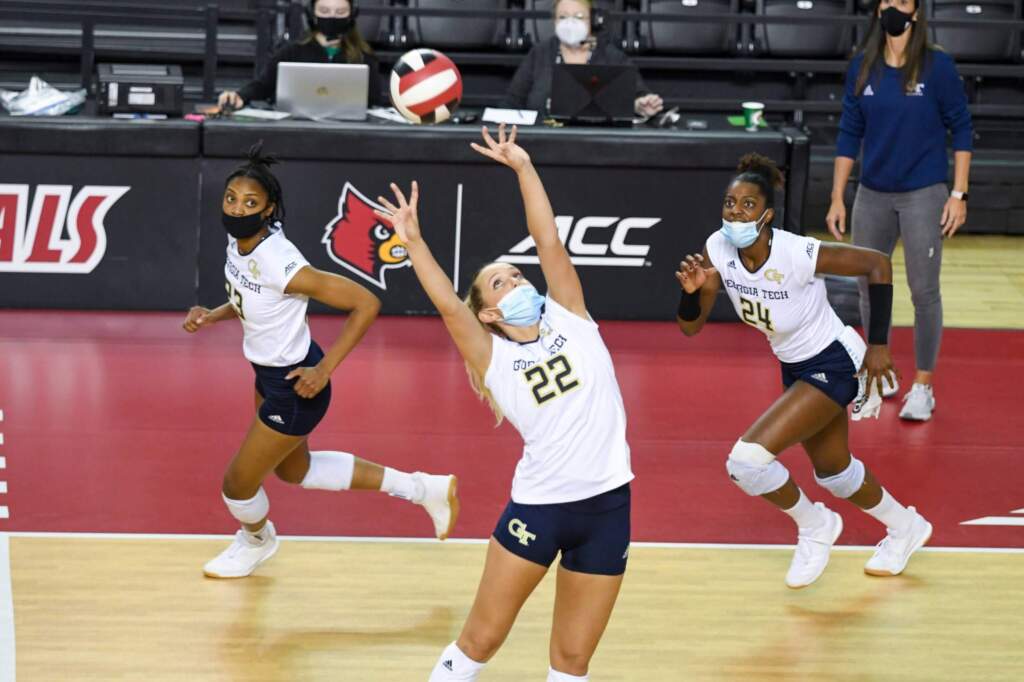 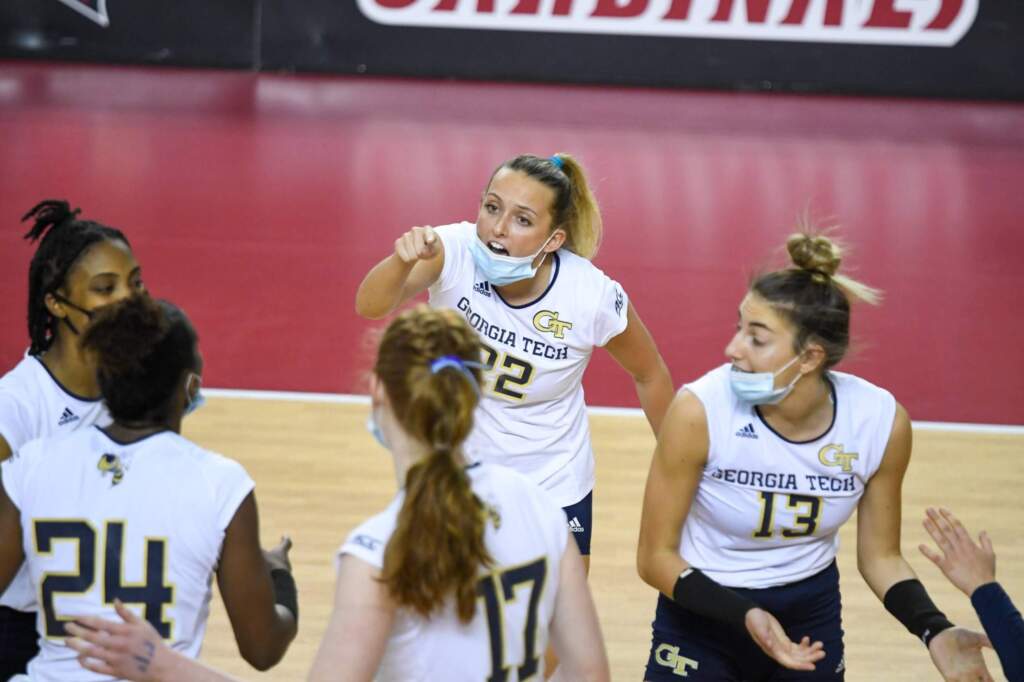 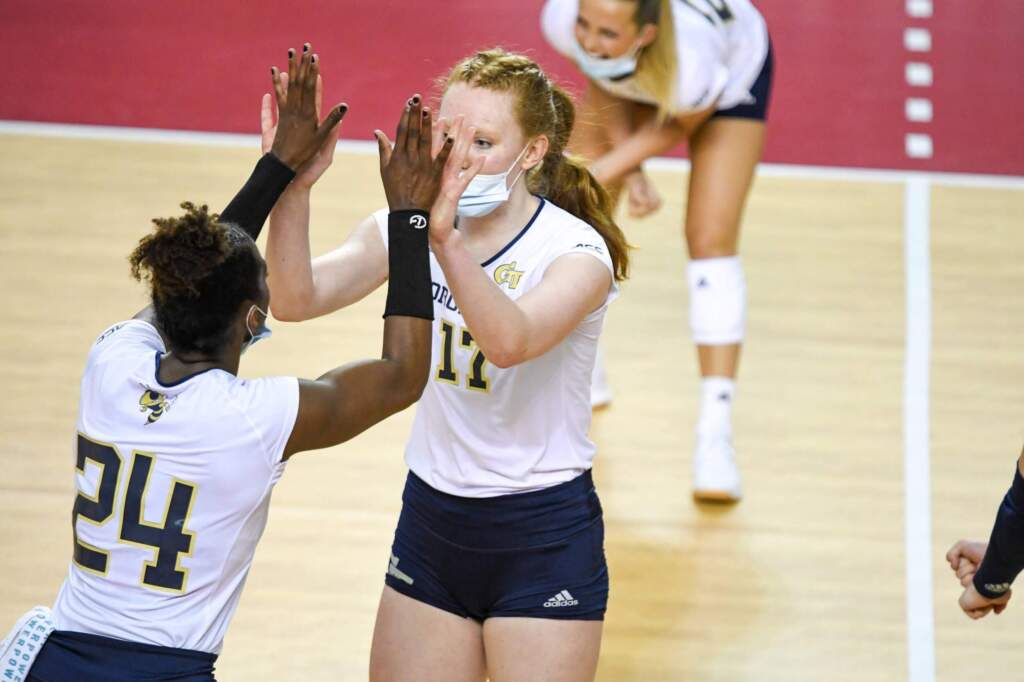 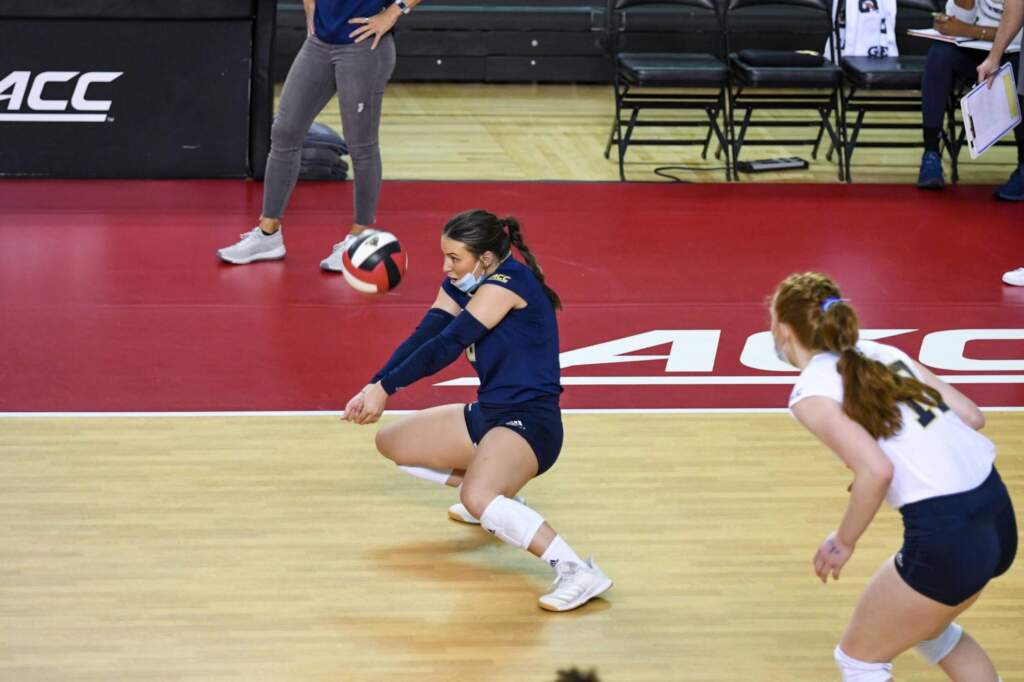 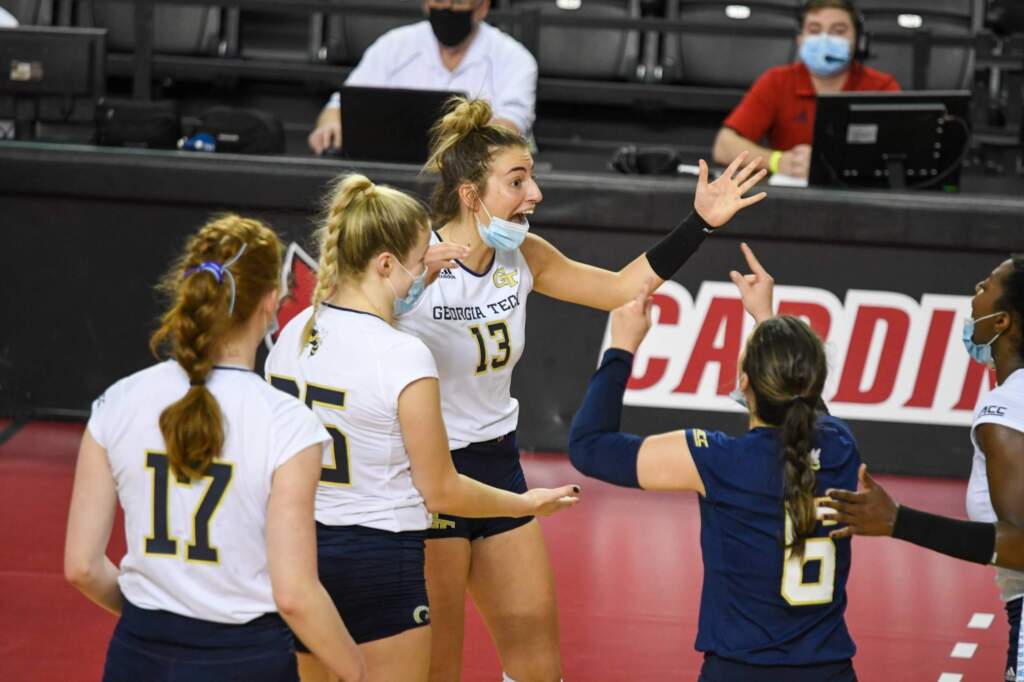 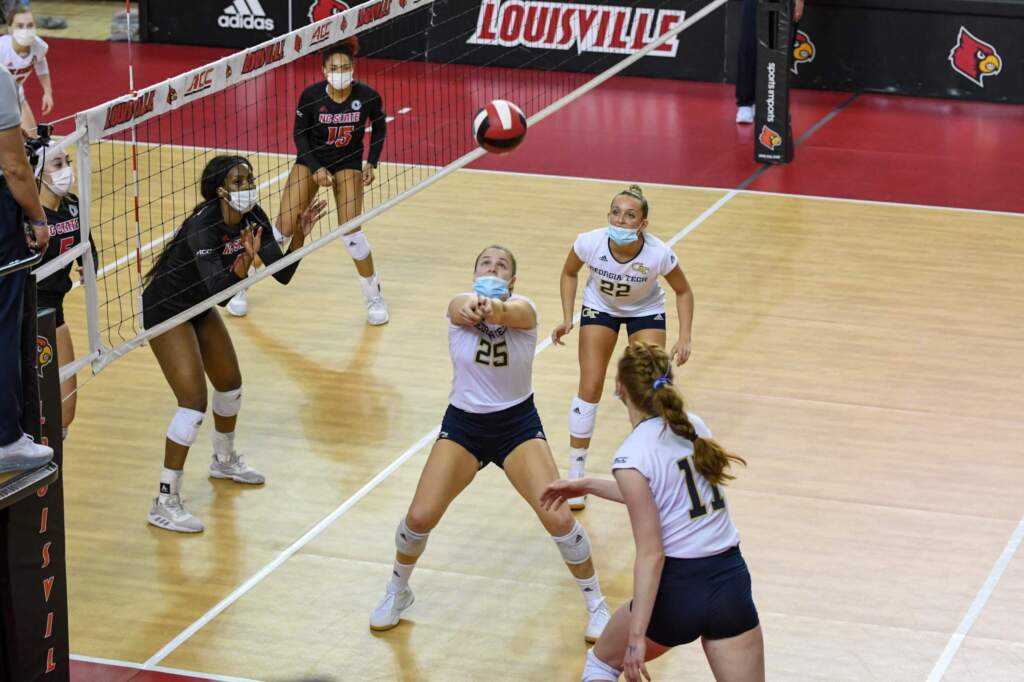 Set one had no more than a three-point separation until an NC State attacking error capped a three-point run to put Georgia Tech up, 21-17. After trading a pair of blows, the Jackets took two of the next three points on a kill by junior outside hitter Mikaila Dowd and another Wolfpack attack error to claim the set, 25-20.

The second set was much of the same as the two squads saw themselves knotted up at eight different scores. With Tech trailing 10-9, a five-point run aided by Wolfpack errors made the difference as the Yellow Jackets never allowed NC State closer than three points to roll on to the 25-21 set win.

After the Wolfpack seemed to be in position to take a set back riding a six-point run up to a 16-9 lead, Georgia Tech’s comeback run was the highlight of set three. Trailing 19-13, the Jackets swarmed to go on a 12-3 run, concluded emphatically with a kill by junior outside hitter Mariana Brambilla for the 25-22 set win and match sweep.

Georgia Tech returns to action with a pivotal clash against No. 23 Notre Dame (12-3, 11-3 ACC pending results Sunday vs. Virginia) on Thursday. The matchup between ACC title contenders is set to begin at 6 p.m. in O’Keefe Gymnasium.