No. 19 Tech Battles Past Eagles in Thriller

THE FLATS – Facing a one-run deficit in the ninth, freshman Tres Gonzalez legged out a fielder’s choice RBI to tie the game before Michael Guldberg knocked in the winning run as No. 19 Georgia Tech defeated Georgia Southern 4-3 on a foggy Tuesday night at J.I. Clements Stadium.

A close game throughout, freshman LHP Dalton Smith came in with a 2-1 deficit and pitched a tremendous 3.1 innings without an earned run, striking out four and surrendering just three hits – his only walk coming on an intentional call.

The ninth got going for the Yellow Jackets (3-1) when Jackson Webb drew a four-pitch walk before Austin Wilhite skied a ball into the fog that dropped for a single in right field, moving Webb to second. After already doubling in his pinch-hit seventh inning appearance, Gonzalez tied the game by cancelling out a would-be double play for the tying RBI. Guldberg then sliced a single into center field for the go-ahead score.

The game then fell to junior LHP Sam Crawford (1-0) who dealt on the mound to close, pitching 1.1 no-hit innings, punching out three total batters, including the final out of the game, for his first career win.

Overall, Guldberg and freshman Jake Holland led the way with two hits apiece as Guldberg had two RBI. Freshman Stephen Reid came in and cut the deficit to one run in the sixth with a single down the right-field line, while Baron Radcliff also chipped in a double.

The Yellow Jackets return home for four-straight games, beginning with Ohio State on Feb. 21-23. First pitch for Friday is scheduled for 4 p.m. and is broadcast live on ACC Network Extra and WREK 91.1 FM.

🔊 The Jackets battled back and Sam Crawford slammed the door. His reaction postgame: pic.twitter.com/ub7kFlD642 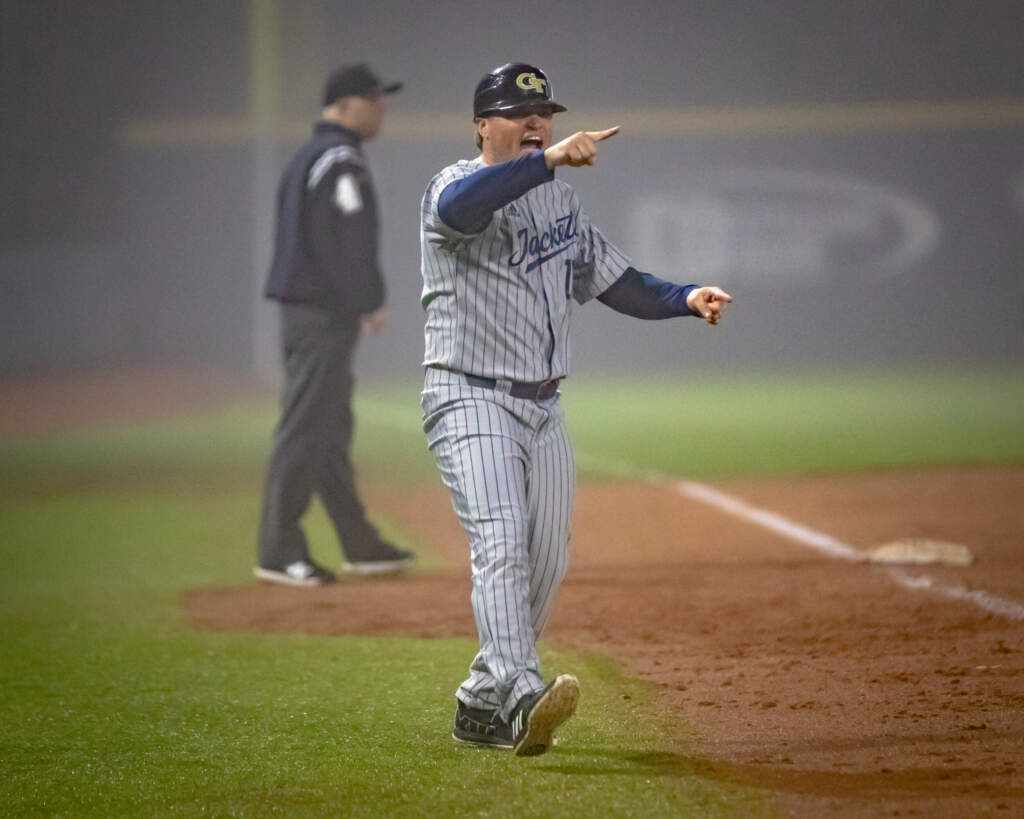 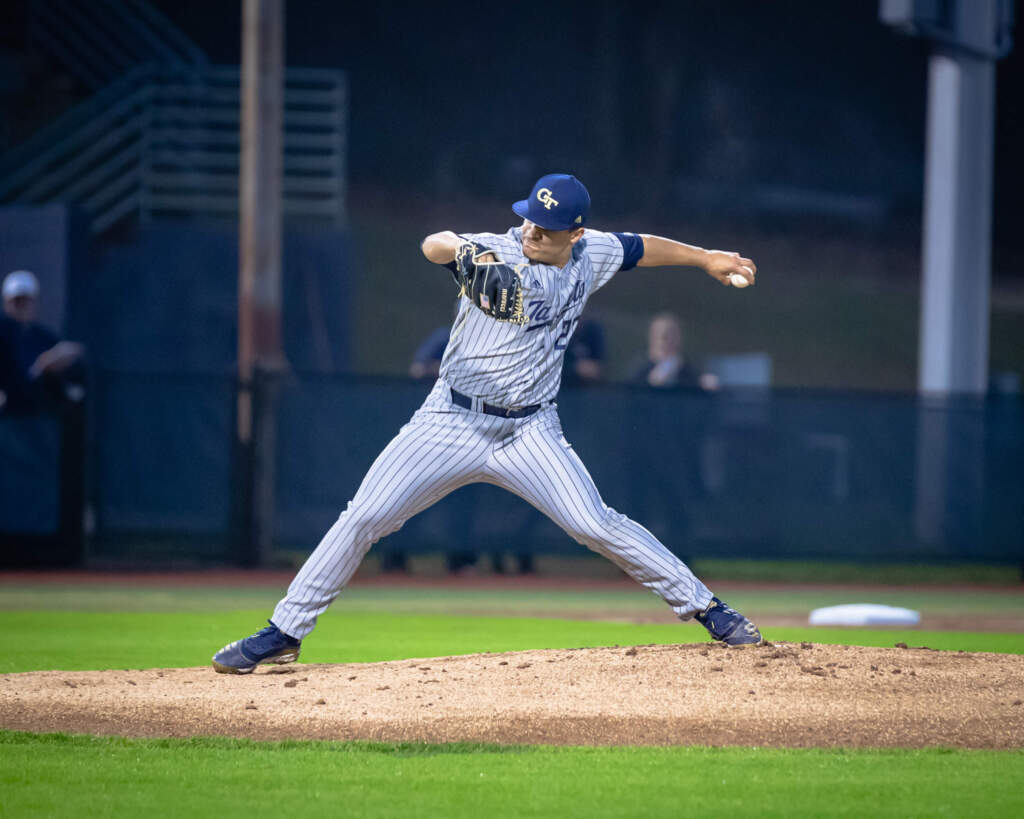 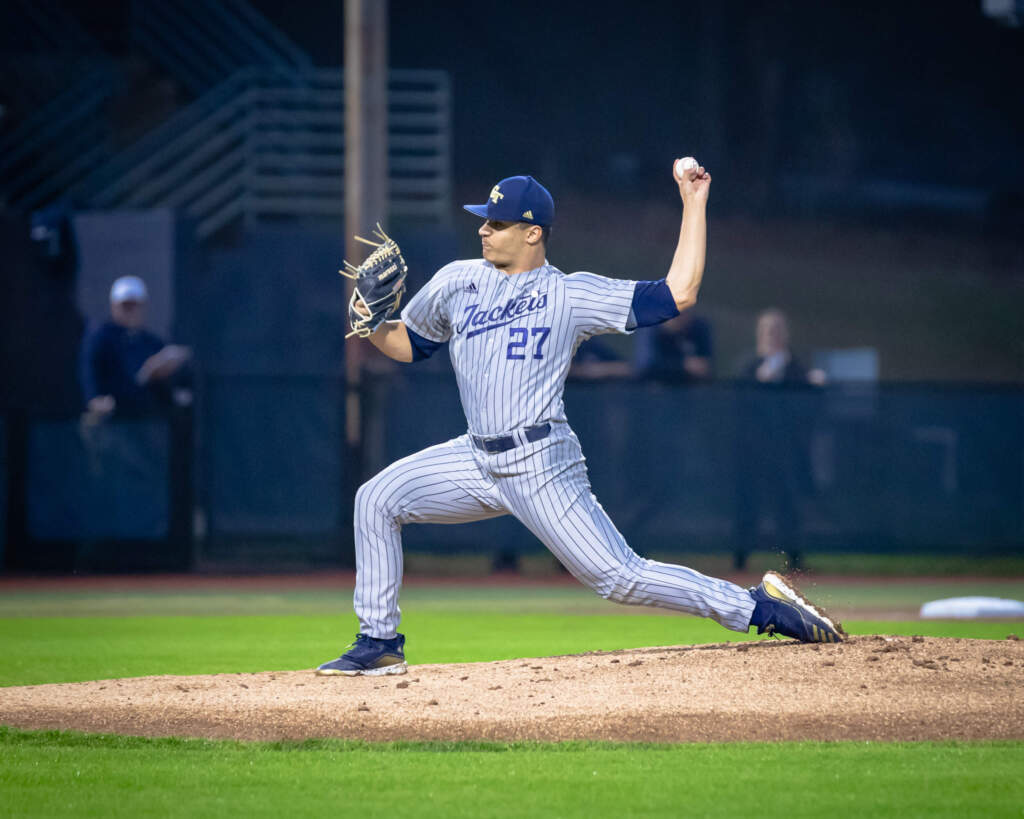 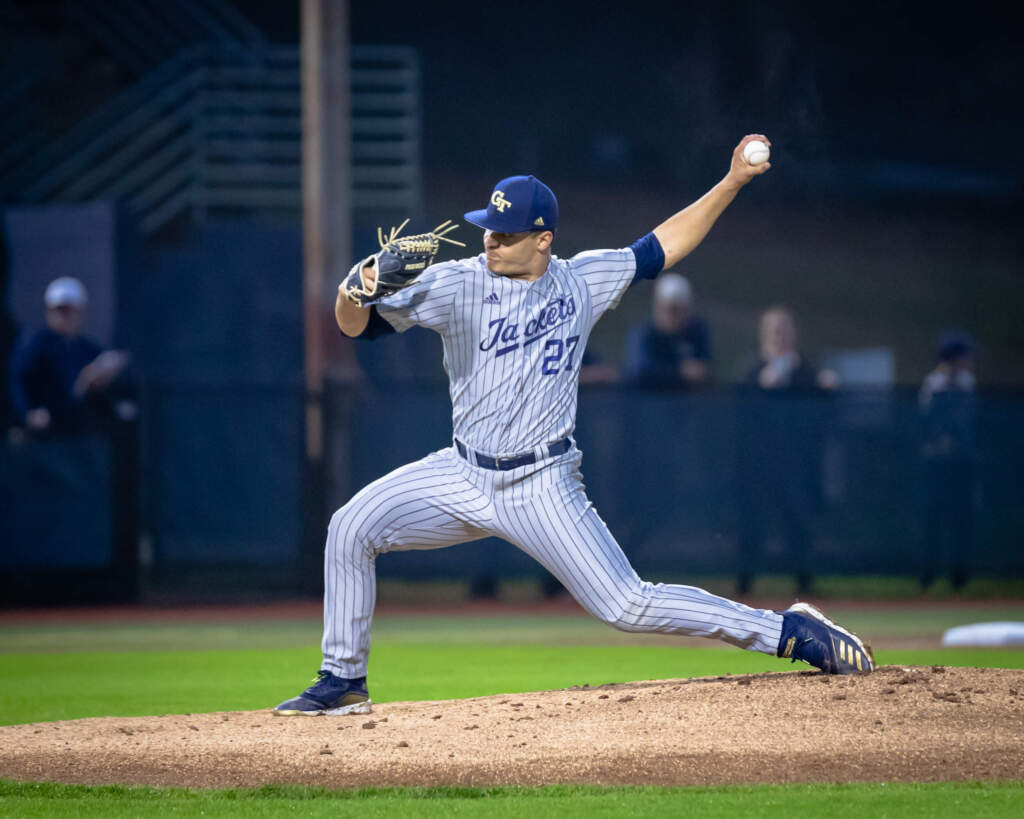 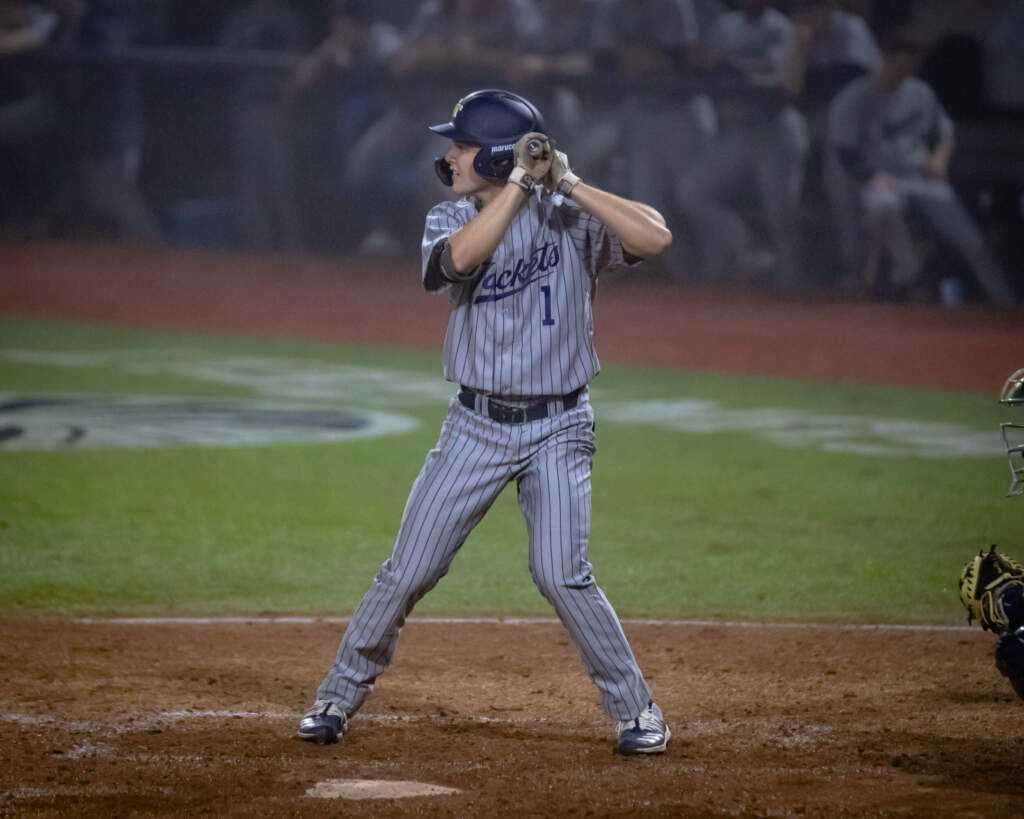 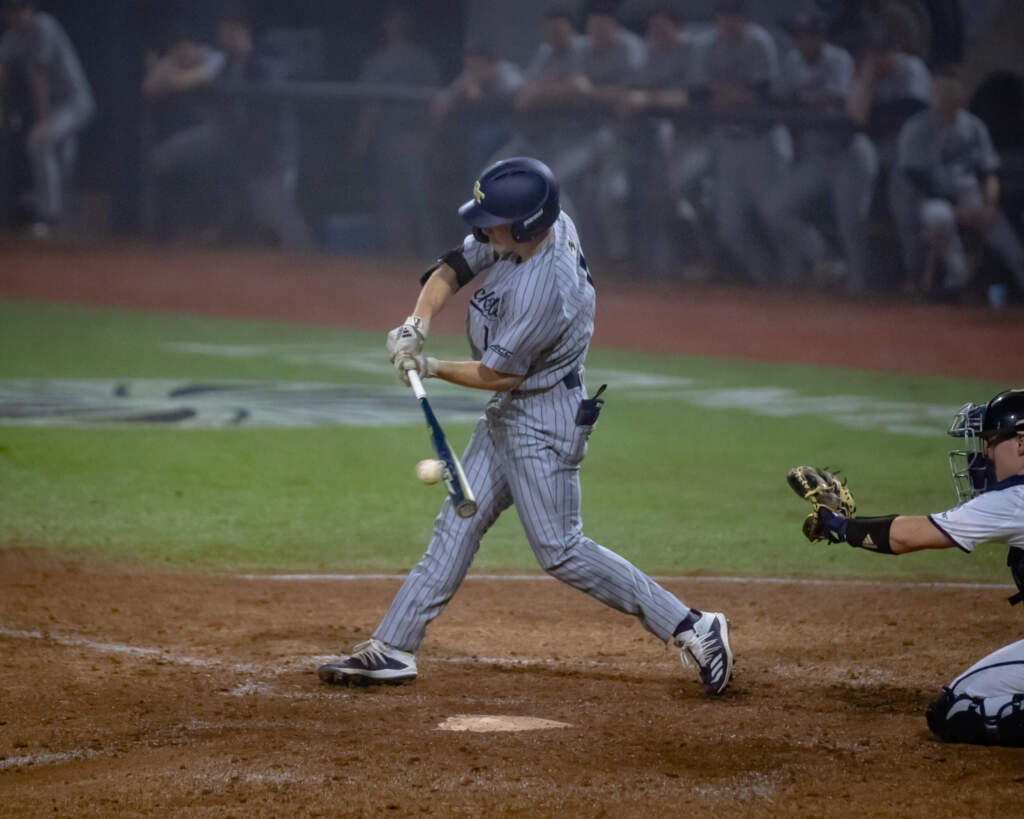 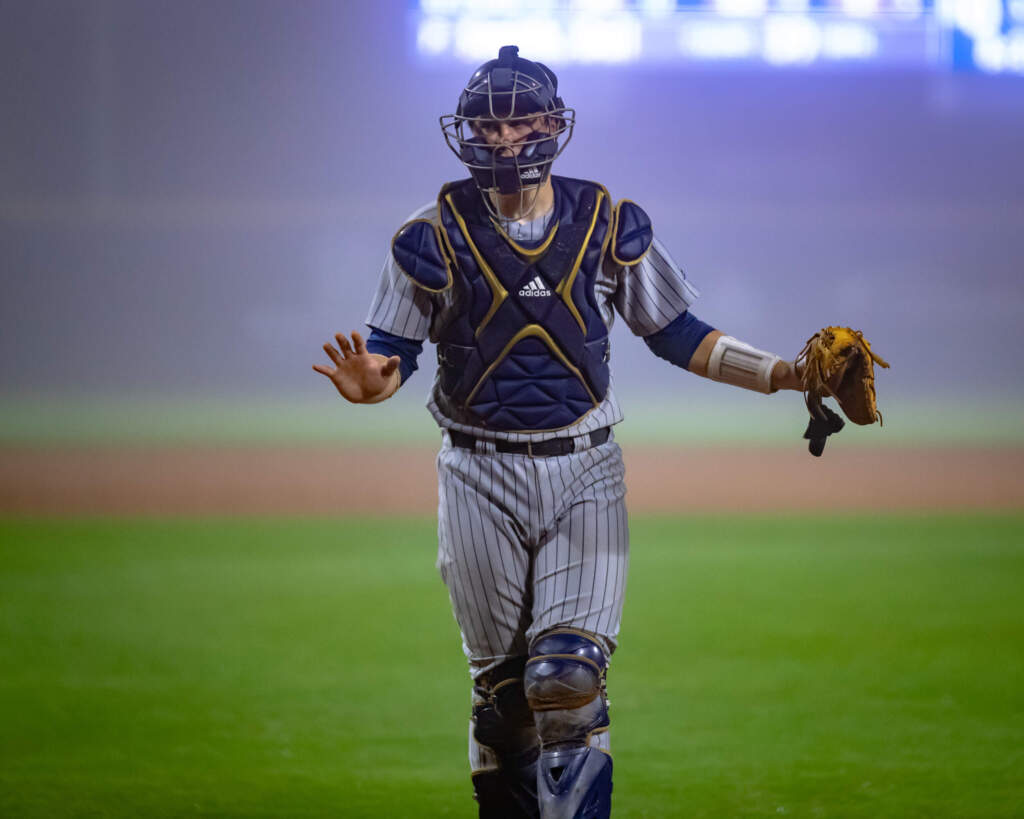