No. 20 Yellow Jackets Downed by No. 22 Panthers

Junior setter Mariana Brambilla paced the Jacket attack once again, this time with 11 kills to go with five digs and a pair of blocks. Freshman setter Isabella D’Amico had the lone double double on the squad, tallying 29 assists on top of 10 digs. Junior outside hitter Mikaila Dowd also had a solid outing, coming just shy of a double double with nine kills and eight digs along with two blocks. 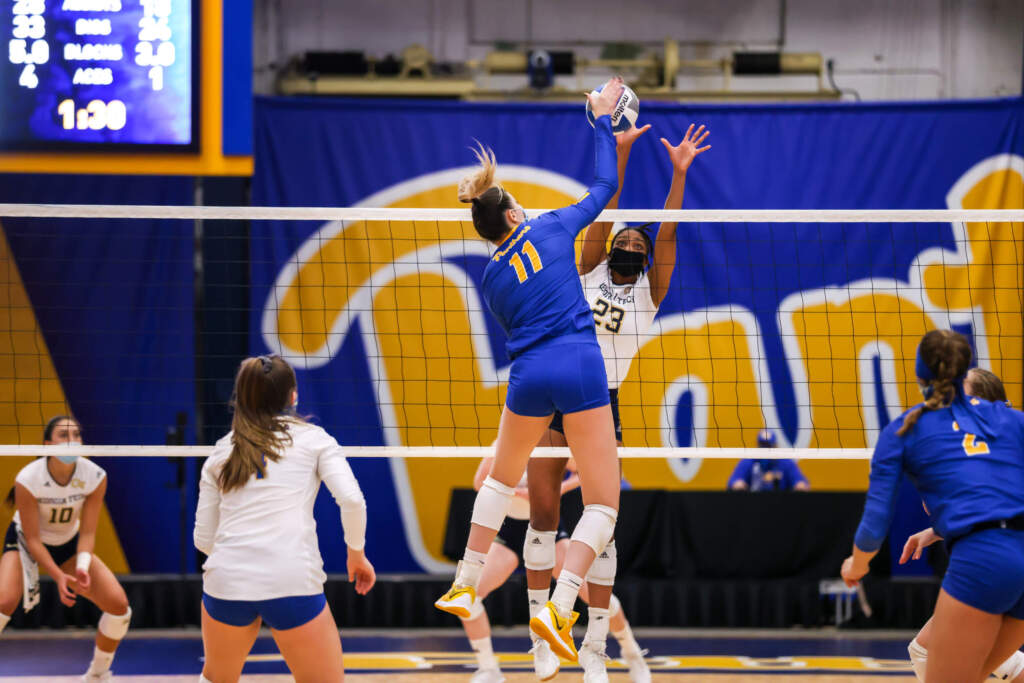 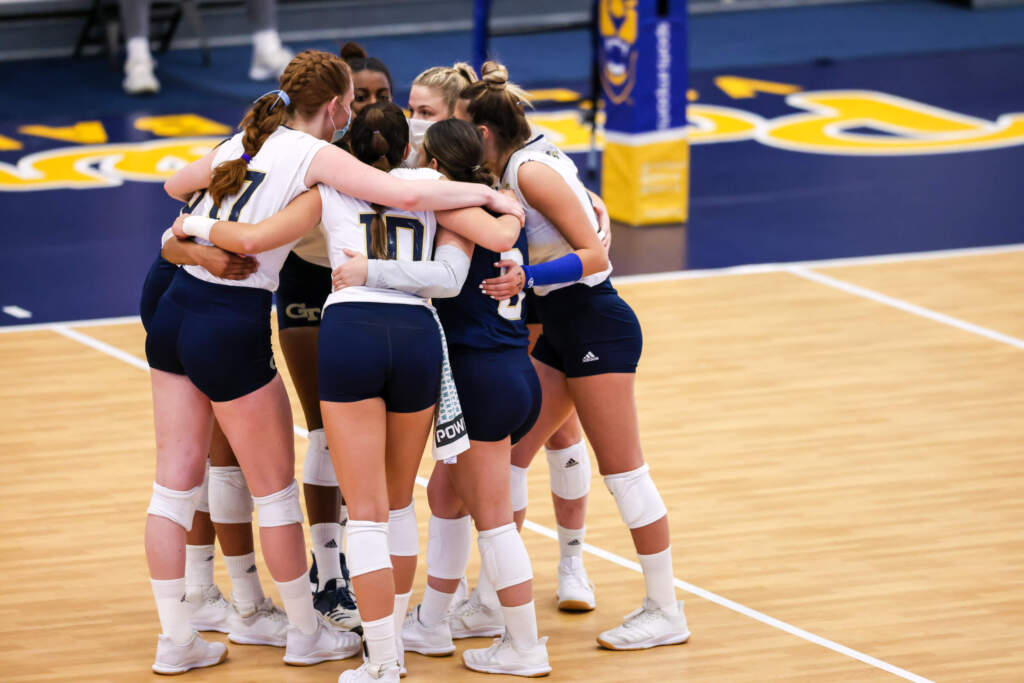 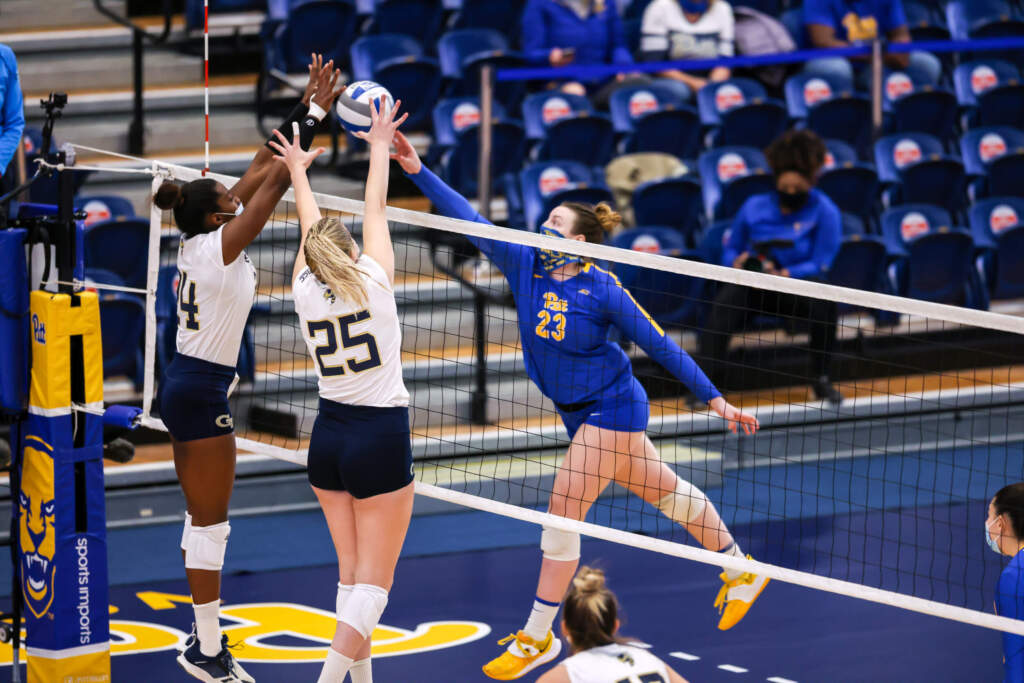 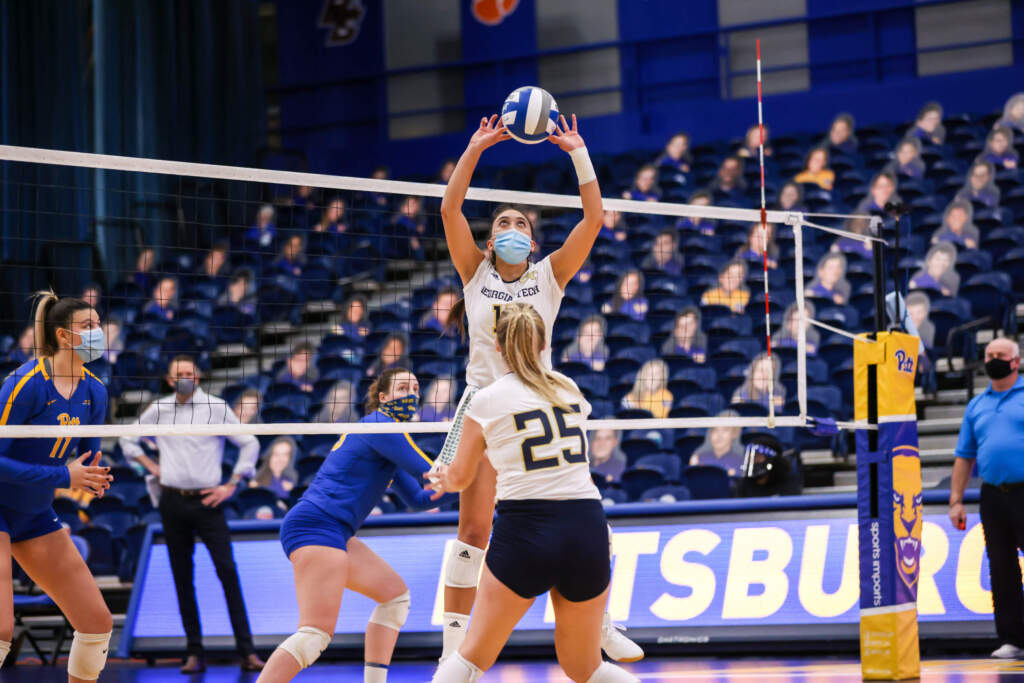 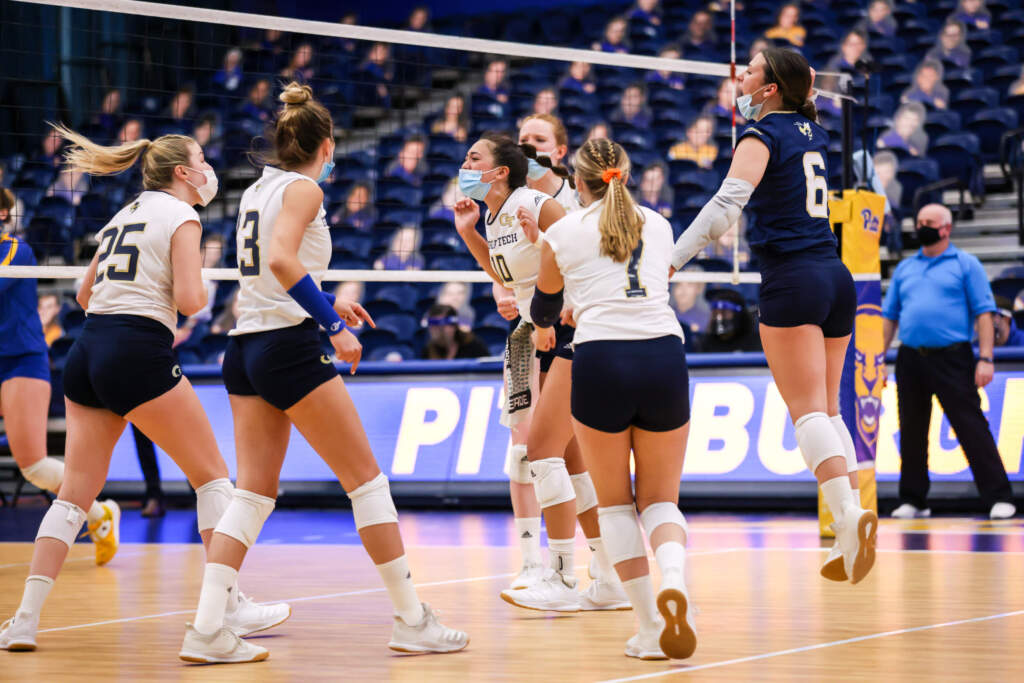 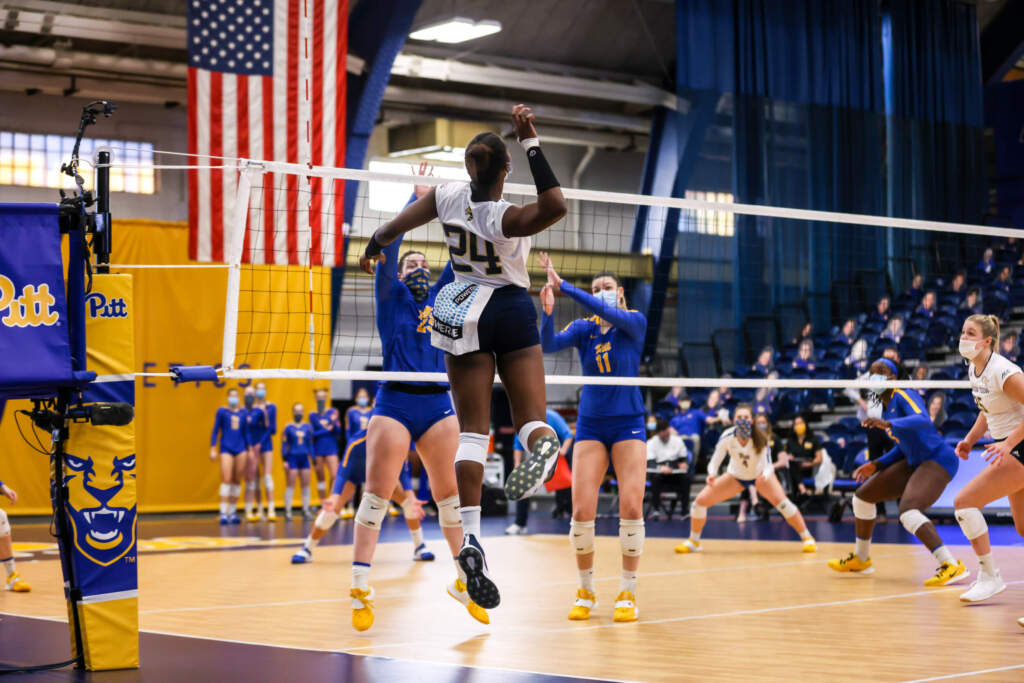 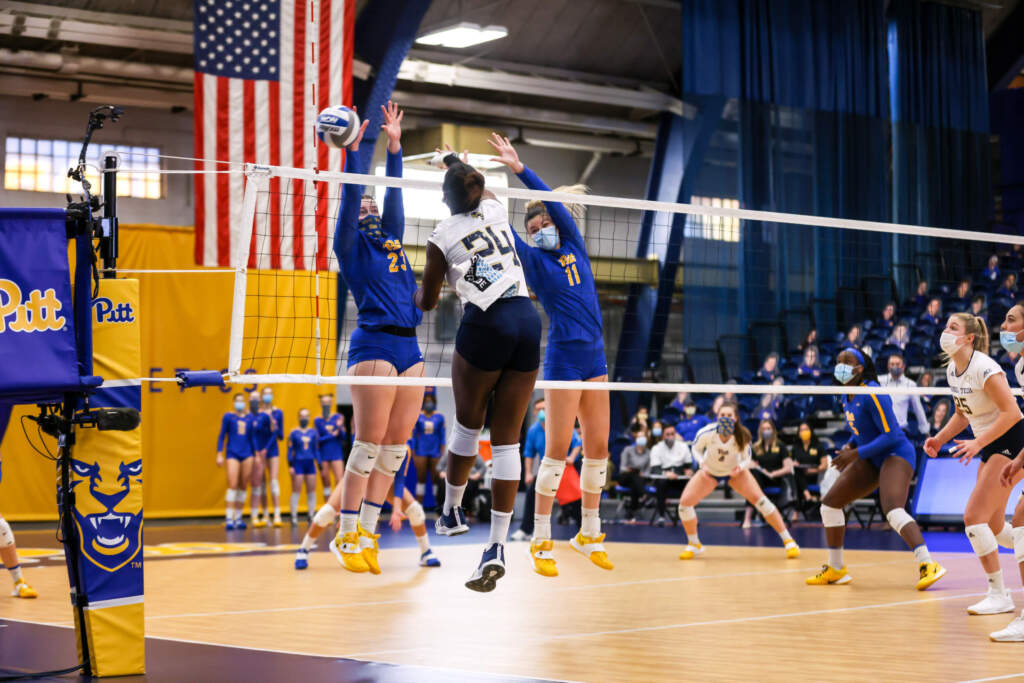 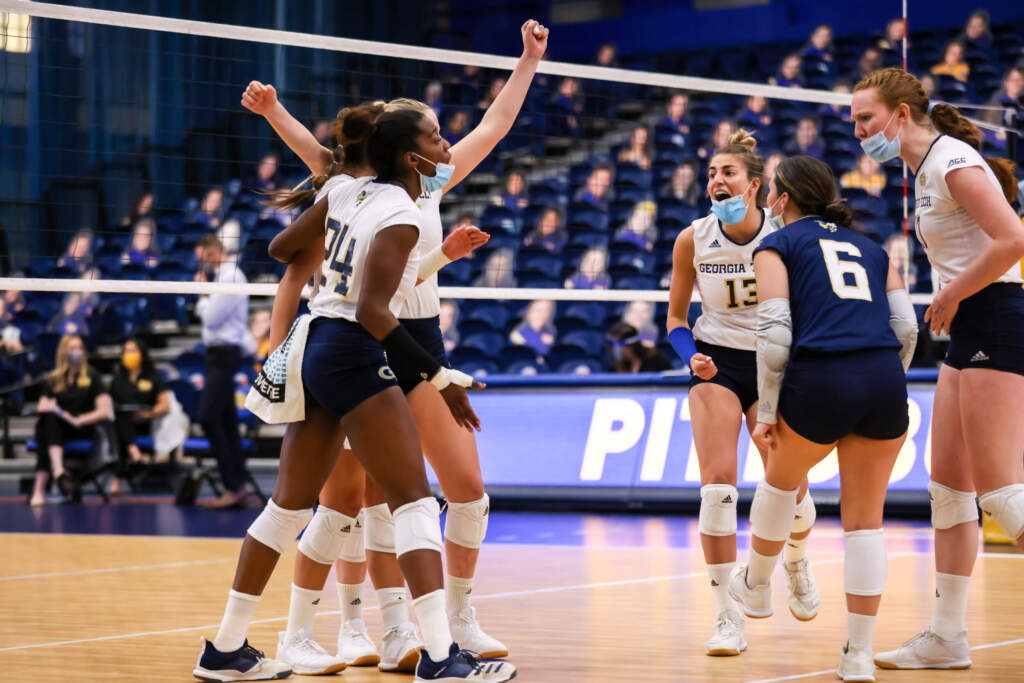 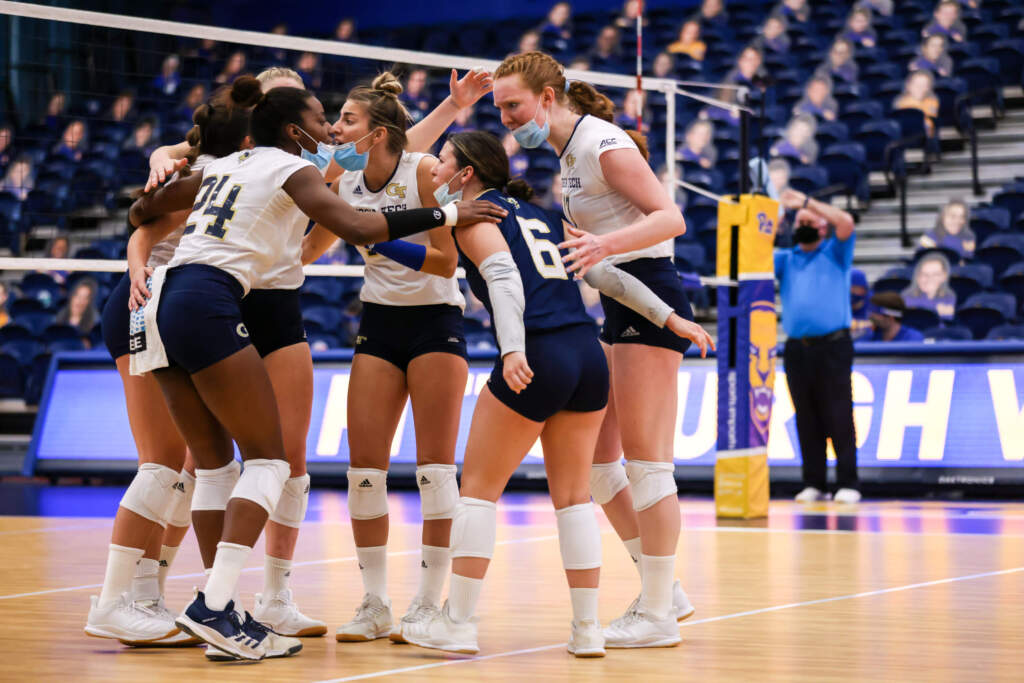 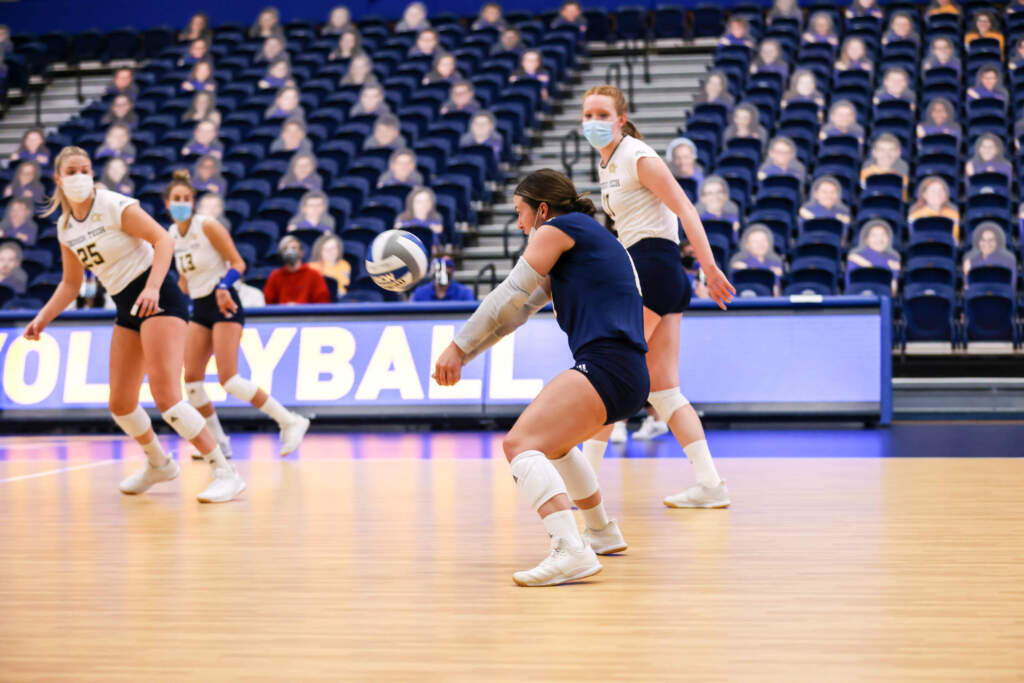 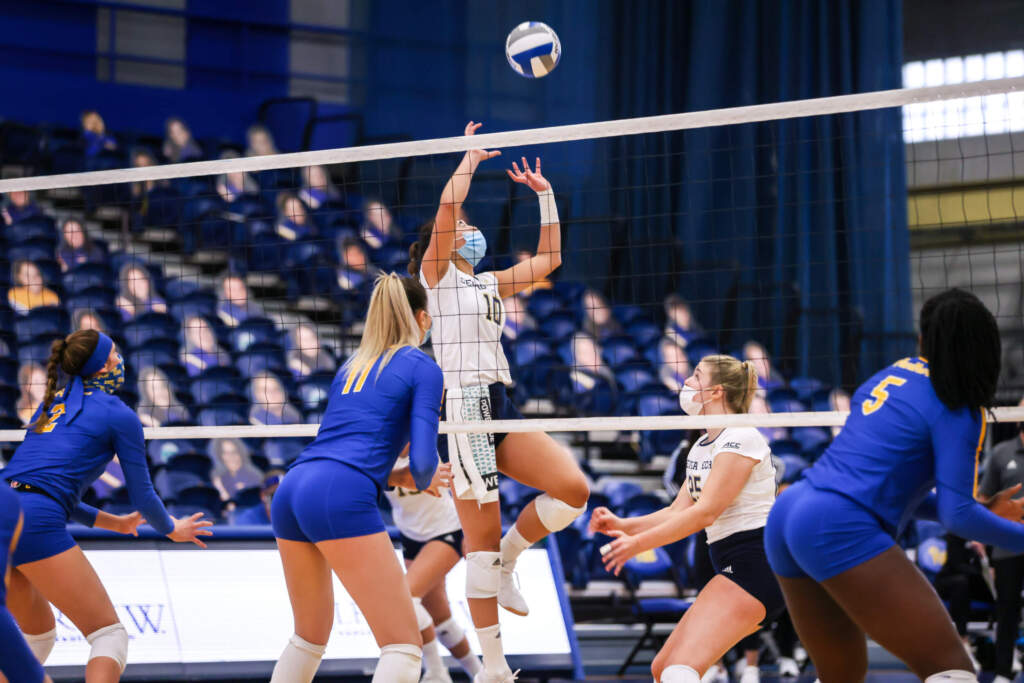 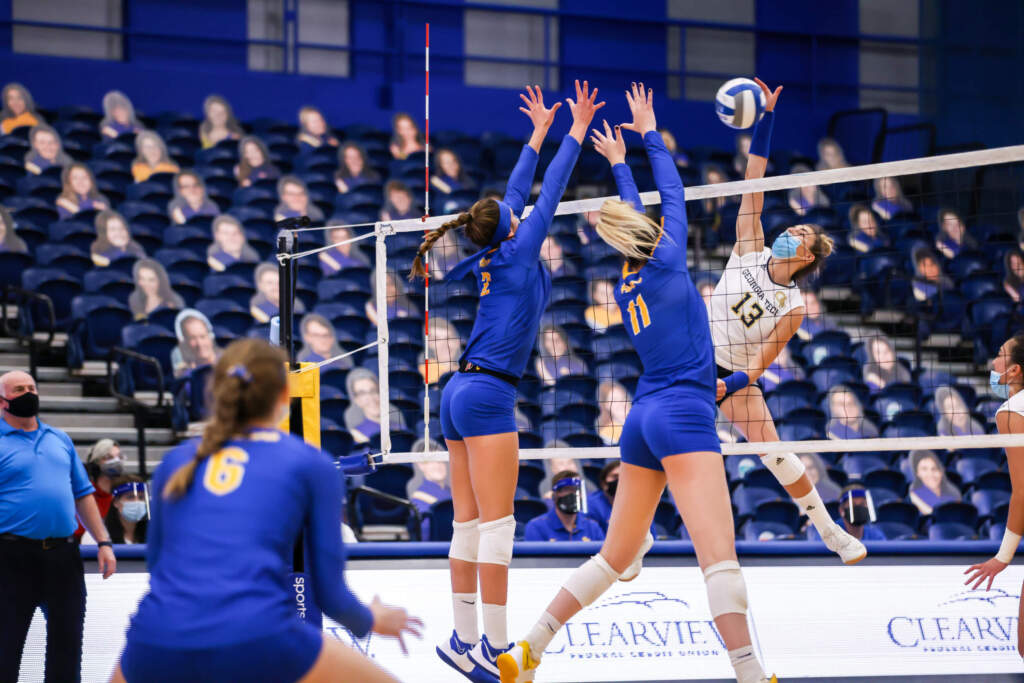 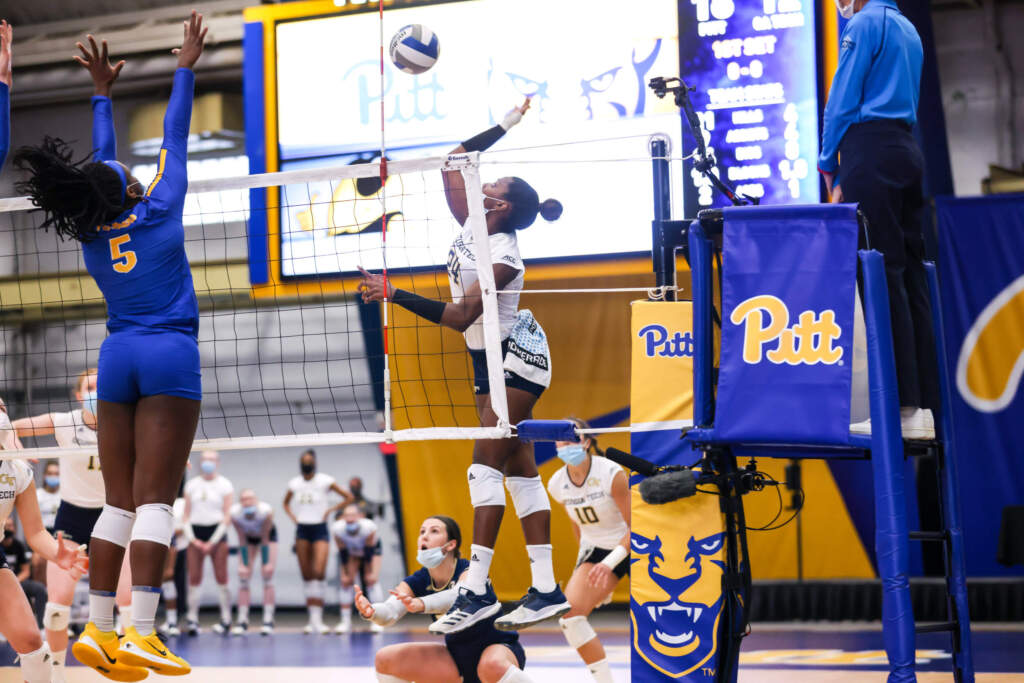 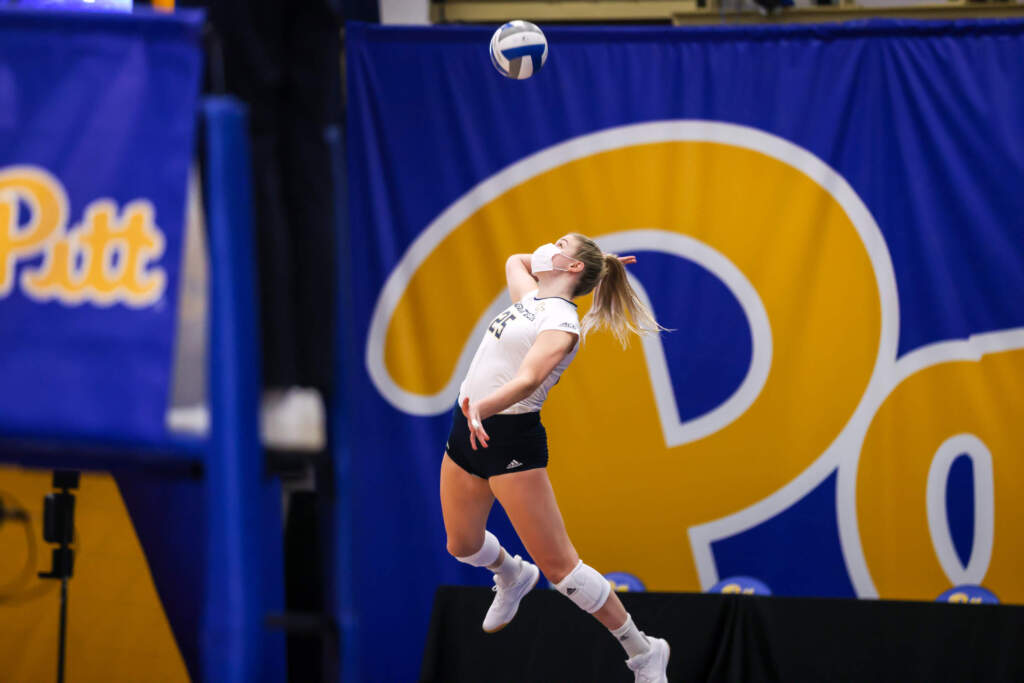 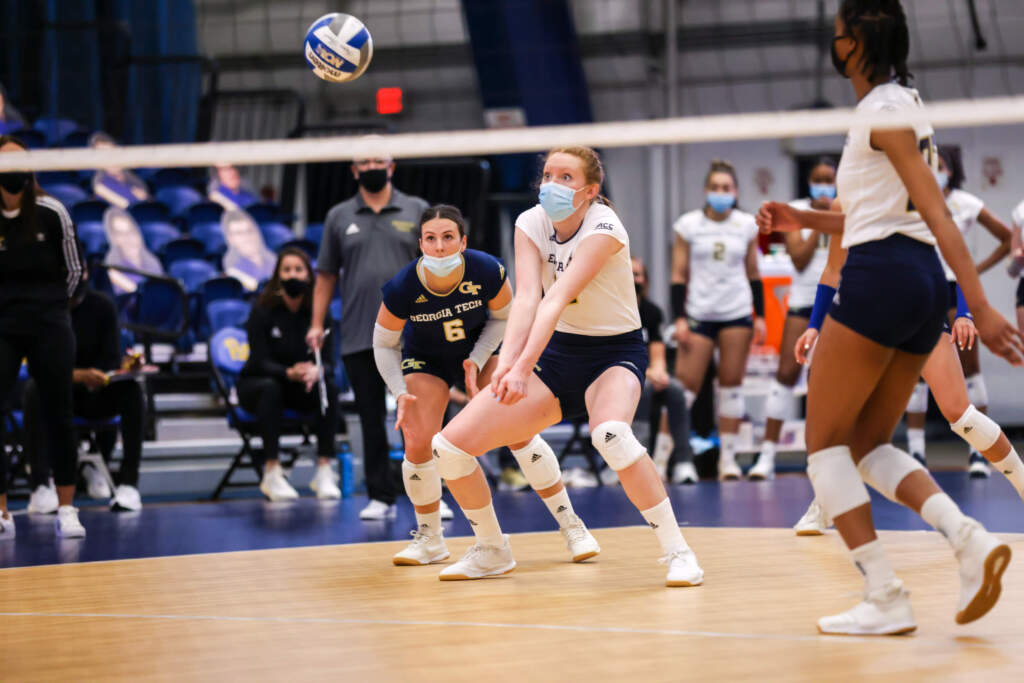 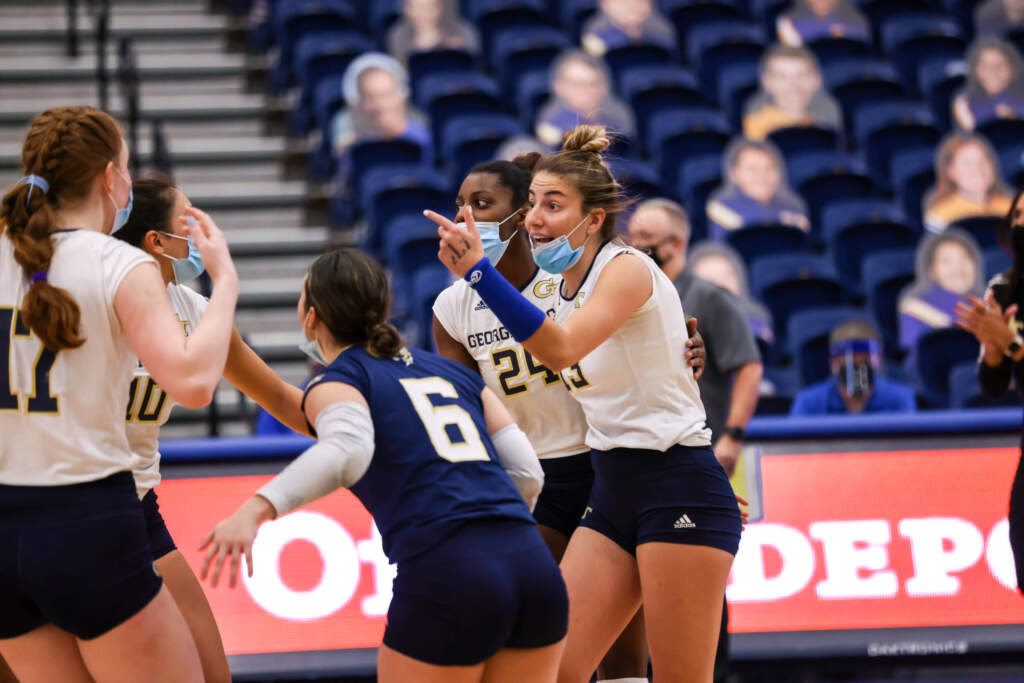 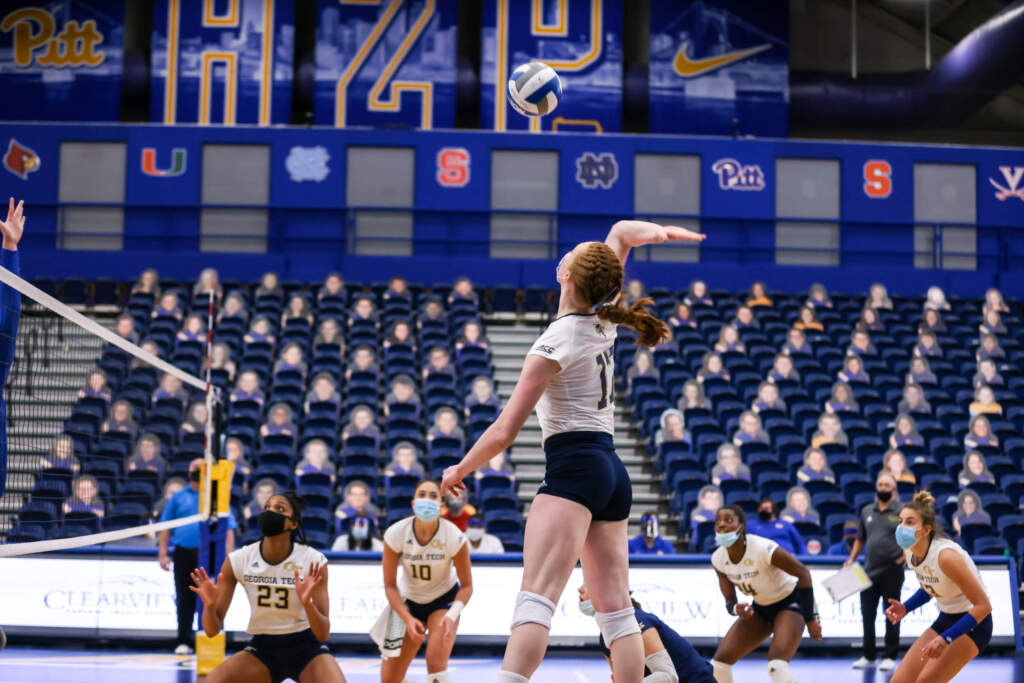 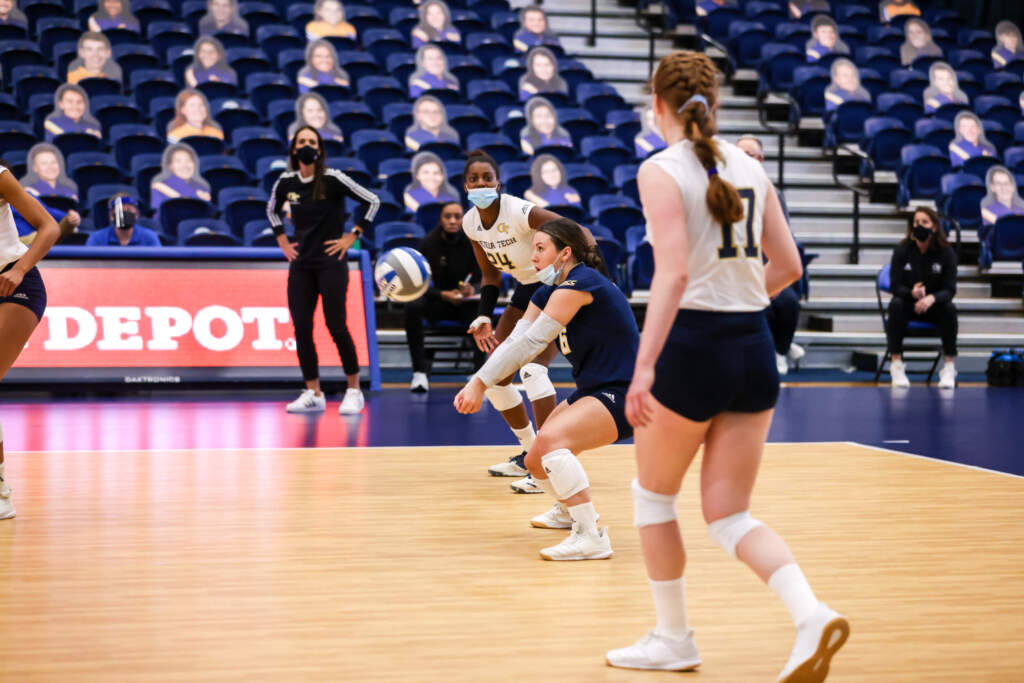 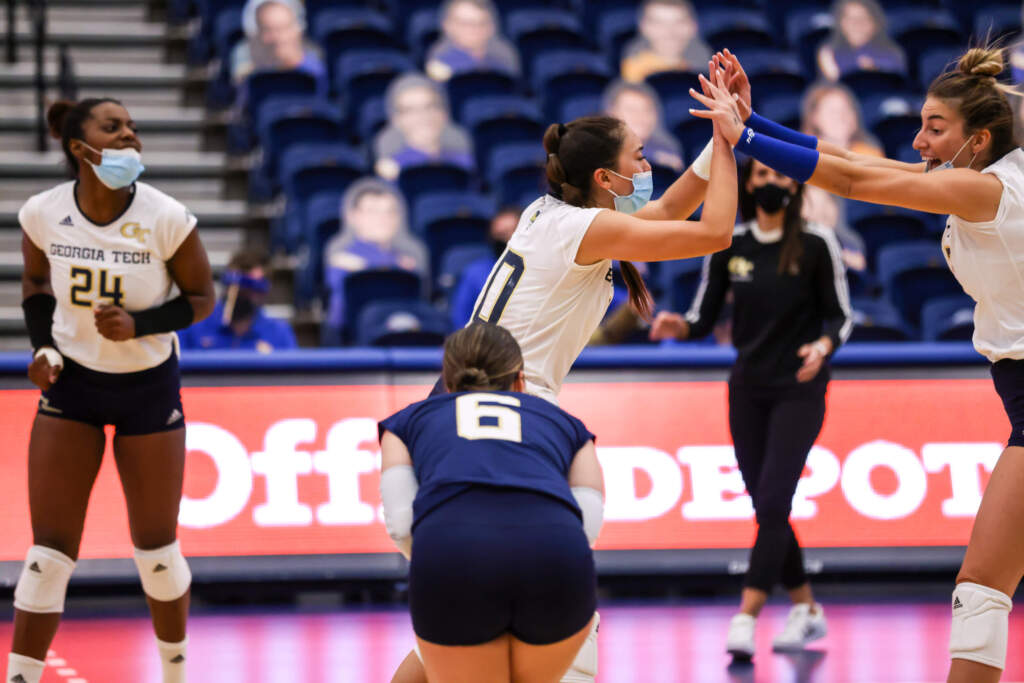 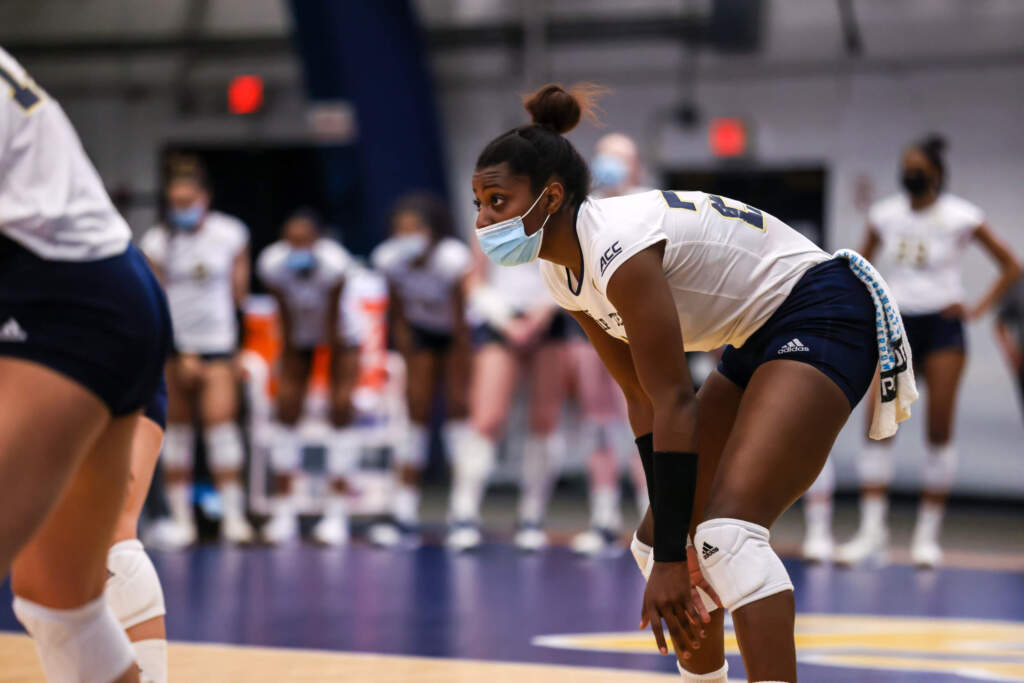 In a back-and-forth set, Pitt jumped in front 9-6 early on a four-point run. Another run of four by the Panthers increased their lead to 12-7, but Georgia Tech answered soon after with a four-point run of its own behind kills from junior middle blocker Kayla Kaiser and Dowd along with an ace by sophomore outside hitter Julia Bergman to cut the Pitt lead to one. The Panthers then notched seven straight points to lead 20-12. The Jackets followed the run by taking six of the next seven points on a pair of kills from Brambilla and Dowd as well as another by Bergman, but Pitt closed the set taking four of the next five points for the 25-19 set win.

Set two was neck-and-neck all the way through as neither side was able to create more than a two-point advantage through the set. Despite a pair of three-point runs by the Jackets, the longest run of the set belonged to the Panthers as a four-point run gave them an 18-15 advantage. From there, Georgia Tech used the second of its three-point runs to even the tally, but Pitt picked up three of the next four points to lead 21-19. The Yellow Jackets tied things up twice more, but three following points for the Panthers resulted in a 25-23 set win for Pitt.

The Panthers kept rolling in the third set, moving ahead 5-1 early after Bergman opened the set with her second ace of the match. After trading points up to an 11-6 Pitt lead, Georgia Tech took four of the next five points through kills by Bergman, Kaiser, Brambilla and junior middle blocker Breland Morissette to trail just 12-10. The Panthers claimed the next three points before both sides took equal shots up to an 18-13 Pitt lead. The Jackets earned the next three points on a pair of kills by Kaiser and an attacking error to make it a two-point set, but the Panthers snatched seven of the next 10 points to come away with the 25-19 set win and match sweep.

Georgia Tech will head home to host its first ACC pod of the spring season against Boston College and North Carolina. The Yellow Jackets and Eagles will square off on Friday at 6 p.m. before wrapping up the weekend with the Tar Heels at 1 p.m. on Sunday. The matches will be streamed on ACC Network Extra.

With first serve on the way shortly, our starters 👇 pic.twitter.com/zIidvln0nj

S1 | It's back and forth early, but a @mariibrambilla kill puts the Jackets up❕

S1 | @kaylaikaiser lays down the HAMMER from the middle 🔨

S2 | The Jackets win a challenge, resulting in a kill for @kaylaikaiser❕

Pitt takes a tight second set. Back at it for set three shortly as @mariibrambilla and @mk_dowd both lead the attack with 7⃣ kills apiece.#TogetherWeSwarm /// #404Institute pic.twitter.com/V6BvQXGwv2

S3 | A Julia Bergman kill cuts into the Panther lead.

No. 2⃣2⃣ Pitt takes the match. No. 1⃣8⃣ Georgia Tech will head home next to host an ACC pod beginning with Boston College on Friday at 6⃣ p.m.#TogetherWeSwarm /// #poinTech pic.twitter.com/cPYgggAj7z