No. 11 Jackets Down Clemson in Series Opener

THE FLATS – No. 11 Georgia Tech baseball won its fourth-straight game when it grinded out a series-opening 8-7 victory over Clemson on Friday night at Russ Chandler Stadium.

Offensively, Georgia Tech was led by Tristin English, who finished 2-for-4 with a double and an RBI, while Kyle McCann hit his 16th home run of the season to plate two runs in the fifth. Tech also got hits from Luke Waddell, Michael Guldberg, Baron Radcliff and Colin Hall on the night.

Clemson finished with five multi-hit performances, highlighted by Bryar Hawkins, who went 4-for-5 with two RBI and two runs.

On the mound, the Jackets kept the game manageable and while, the Tigers hit home runs, they were solo shots until the ninth that would only chip away at the lead. Starter Xzavion Curry and relief pitcher Johnathan Hughes (7-2) allowed two runs apiece with Hughes receiving the win.

The Yellow Jackets will look to keep the momentum rolling on Saturday, April 27 for Game 2 against Clemson. First pitch is set for 4 p.m. and will be broadcast live on ACC Network Extra. 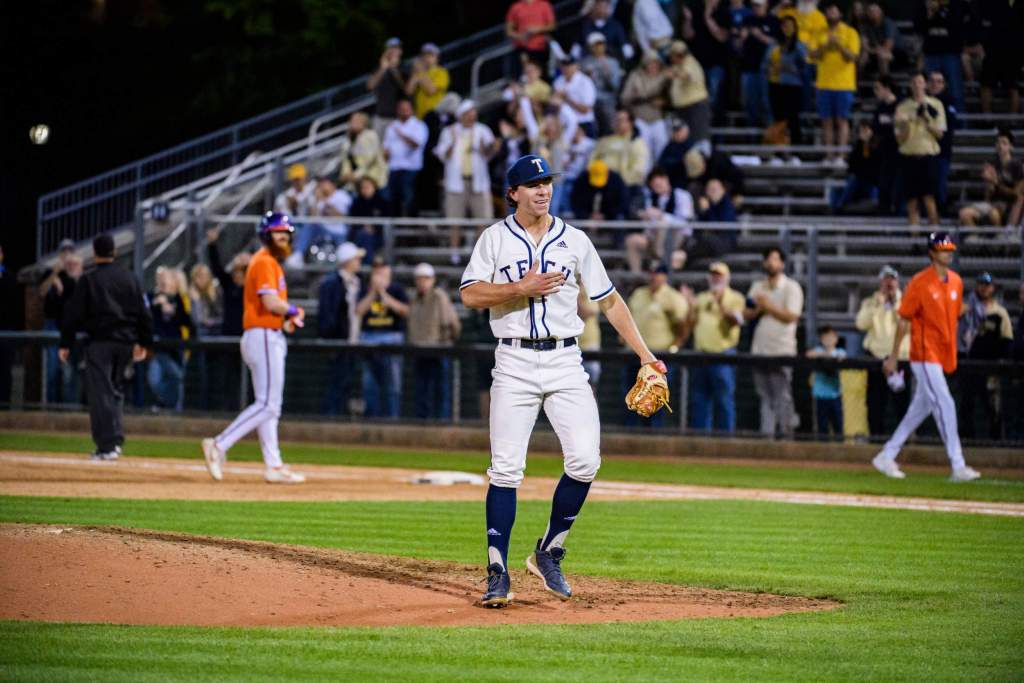 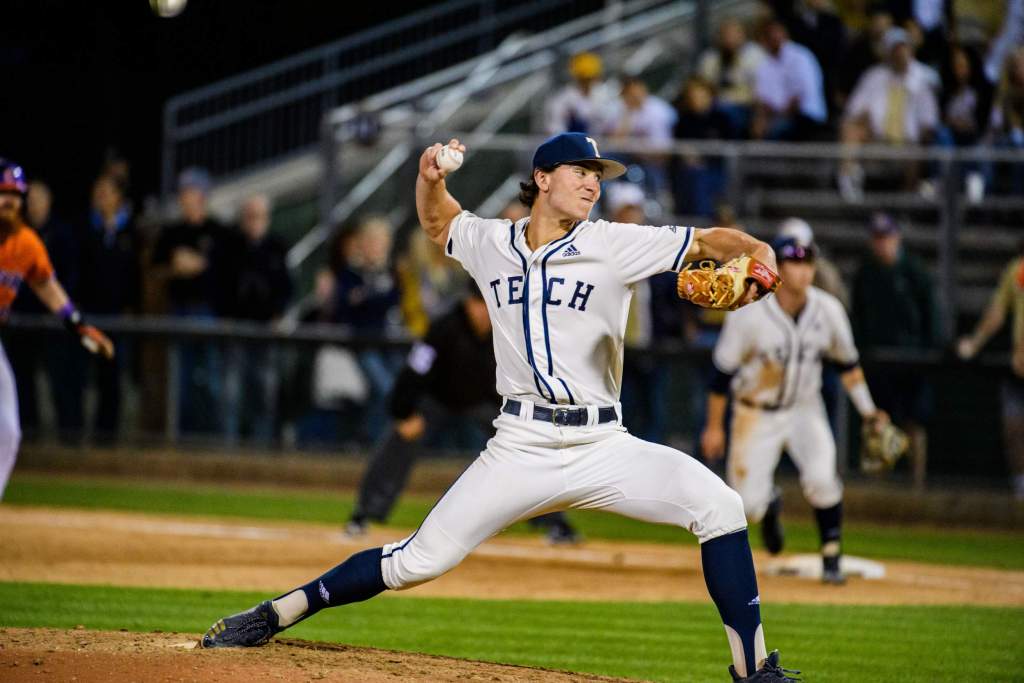 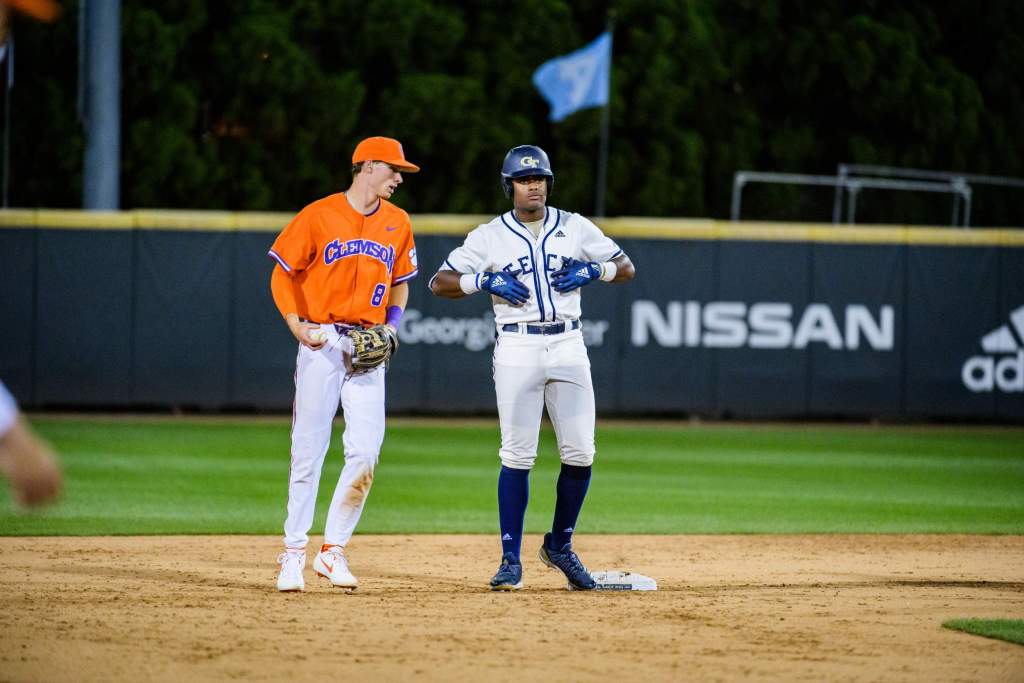 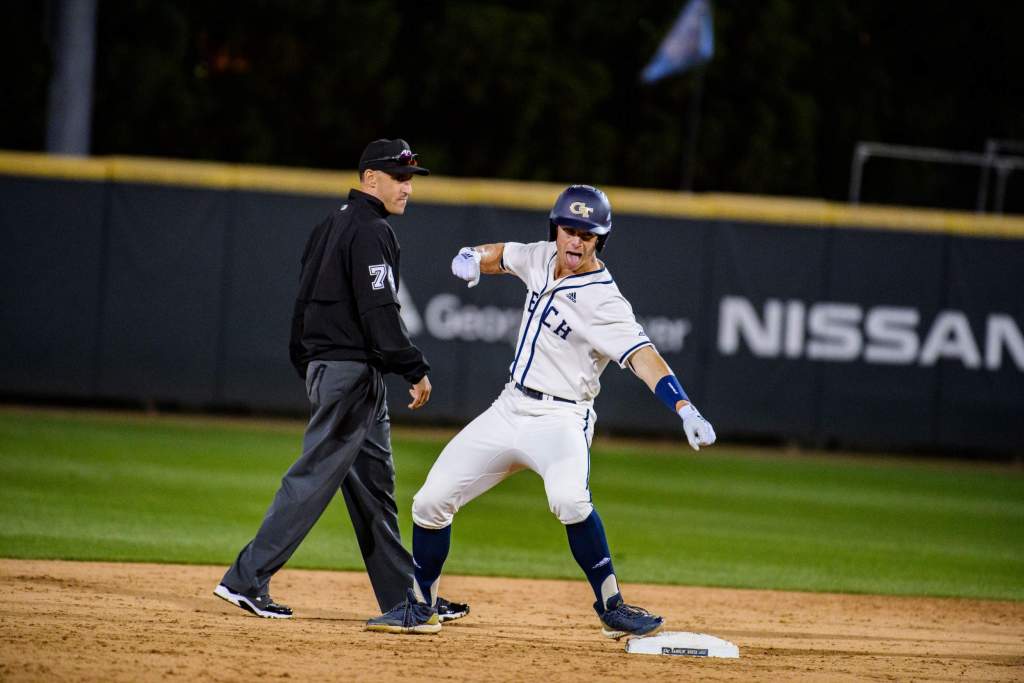 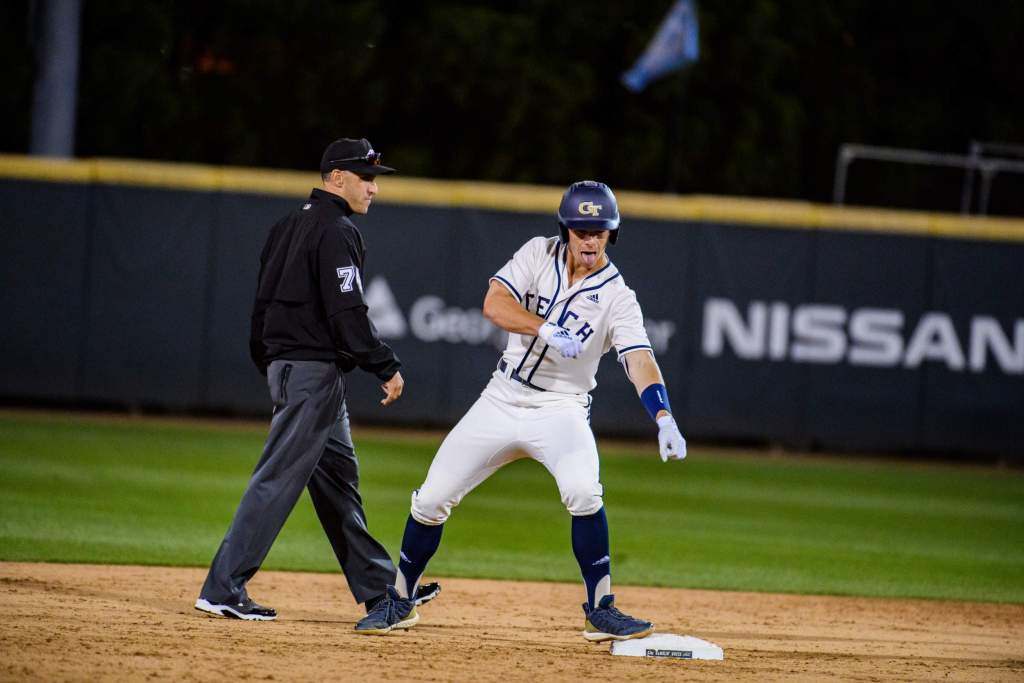 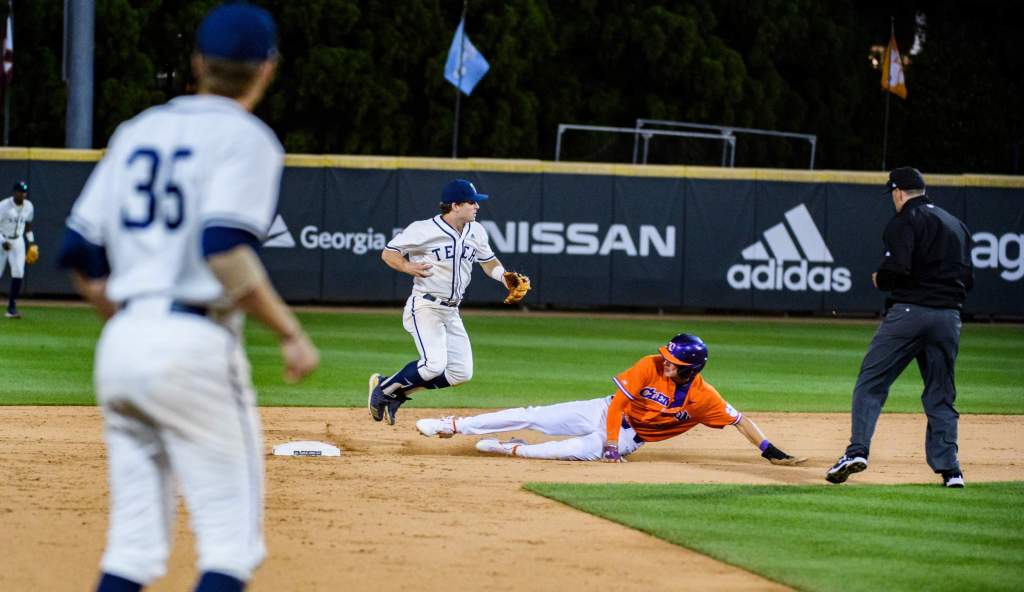 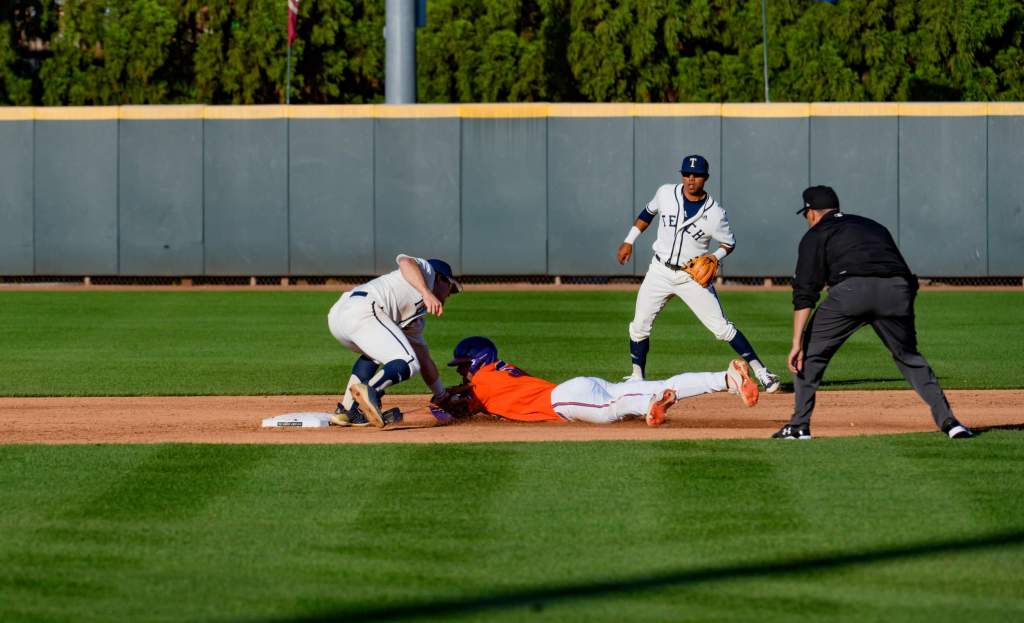 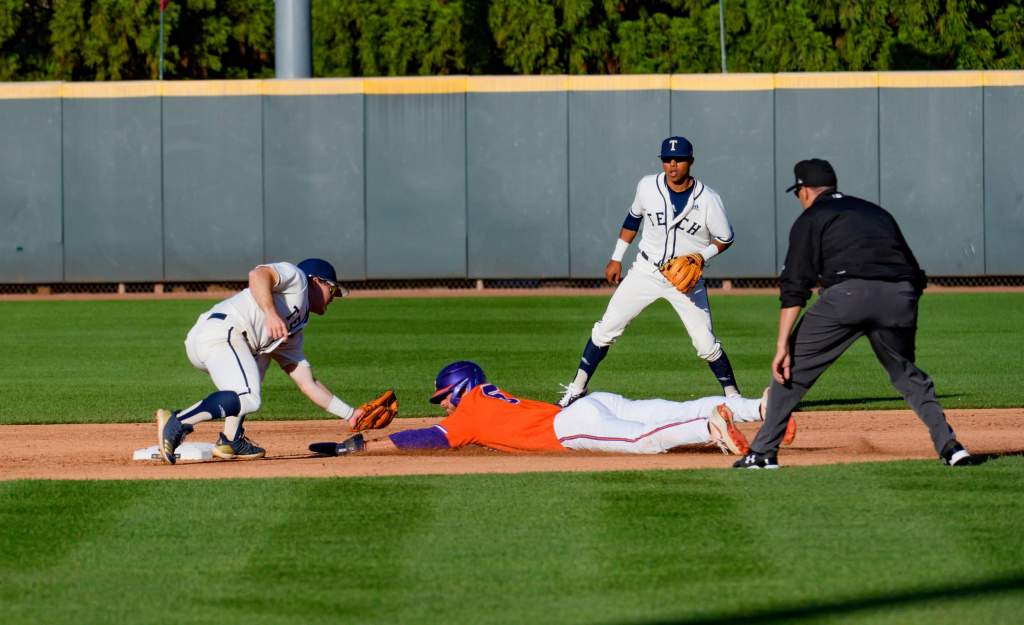 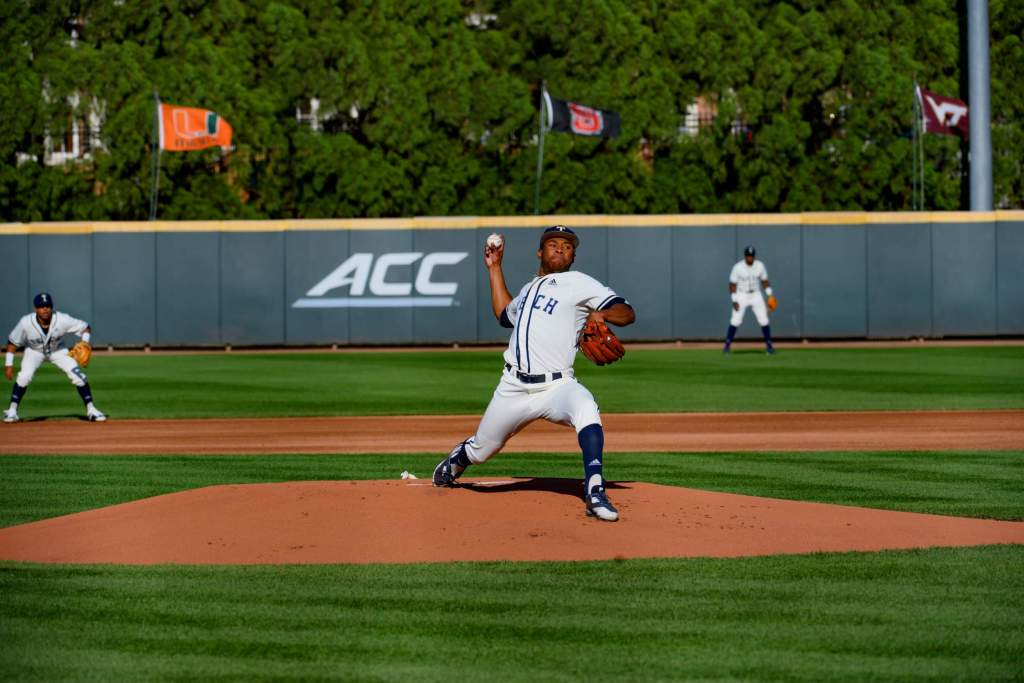