Nicolletta joins the Yellow Jackets after spending three years as an assistant coach for the swimming and diving program at Alabama. She also served as the recruiting coordinator for the women’s program.

“We’re extremely excited to have Angie on board here at Georgia Tech,” Shealy Hart said. “Her years of experience recruiting and coaching at the highest level, in addition to her time competing in Conference USA, will make her a valuable addition to our staff and our team as we look to continue our program’s momentum.” 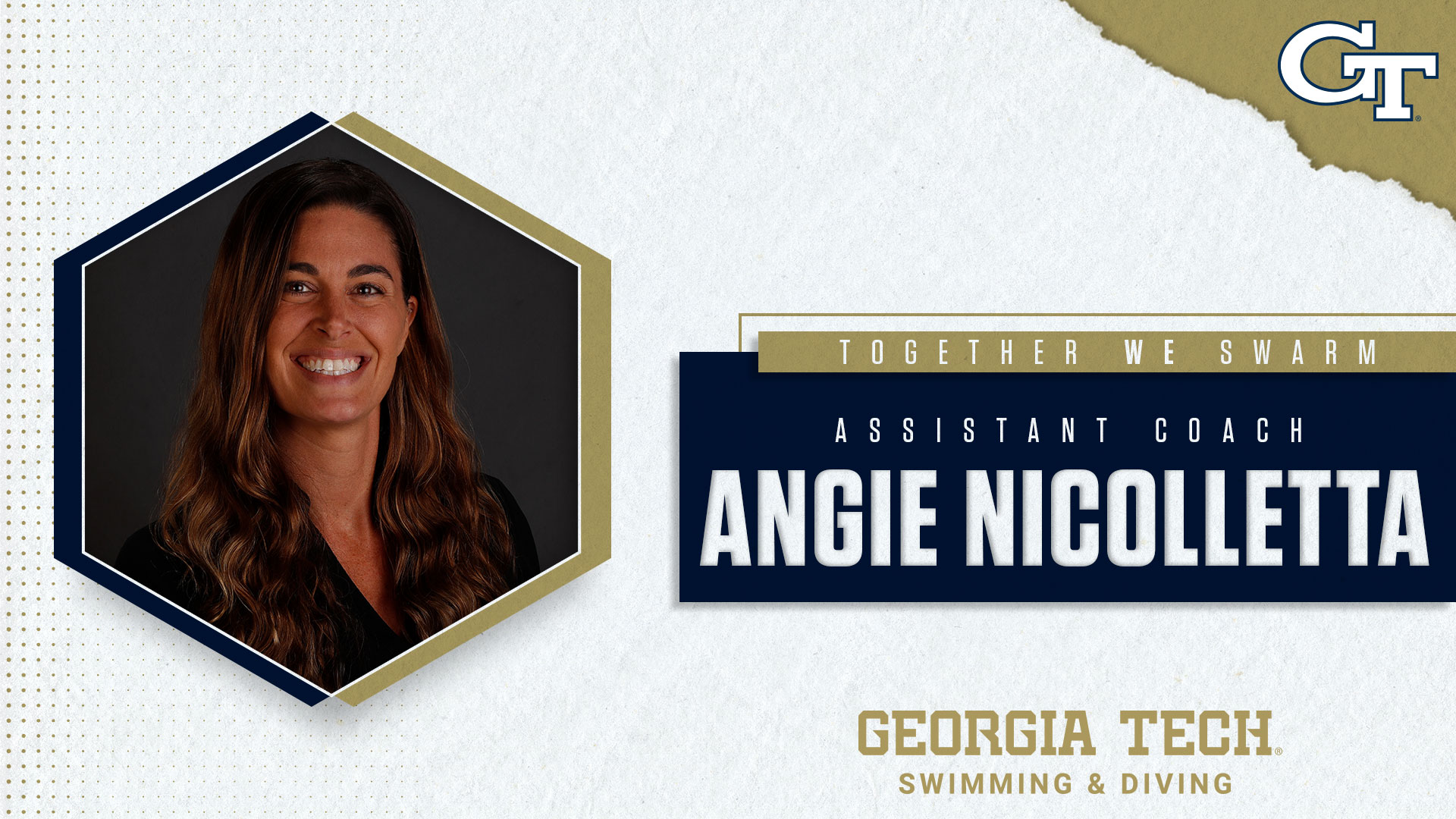 Prior to Alabama, the Marietta, Ga. native spent four years coaching at Vanderbilt, helping lead the Commodore’s recruiting efforts, and a season at the Air Force Academy, where she helped the Falcons break five school records at the Mountain West Championships. She began coaching as a head site coach of the Stingrays Swimming Club in Marietta, as well as an assistant coach at two of the country’s premier swim clubs, Lakeside Seahawks and Nashville Aquatic Club.

“I’m thrilled to be able to return home to Atlanta and join Georgia Tech and the Yellow Jacket family,” Nicolletta said. “I want to thank Courtney, Bill, John and Mike for welcoming me in and I’m looking forward to hitting the ground running with our team.”

Nicolletta was a standout swimmer at Louisville before coaching, setting school records in the 200 fly and as part of the 200 free, 400 medley and 400 free relays. She also scored numerous top-five finishes for Louisville at Conference USA Championships, competing mainly in sprint freestyle and butterfly events.

Nicolletta earned a bachelor’s degree in sports administration from Louisville in 2005.