The No. 22 ranked Yellow Jacket men are currently in second-place on the team leaderboard at 718 points. Host No. 3 Georgia leads men’s team scoring heading into the final day on Friday with 1043 points. No. 16 Florida State sits in last place having scored just 702.

Results for the meet can be found here.

A new school record was set in the 200 Medley Relay as junior Kyle Barone, with seniors Caio Pumputis, Christian Ferraro and Austin Daniel finished in 1:23.89. In the process the Jackets also earned an NCAA ‘A’ cut in that event.

Ferraro found himself rewriting Tech’s record books throughout the evening as he clocked in at 45.89 in the 100 Fly ‘A’ Finals to break the previous best time of 46.07, set by Ferraro in 2019. Barone was not far behind Ferraro in the 100 Fly, finishing in 46.09 putting him in fourth-place. 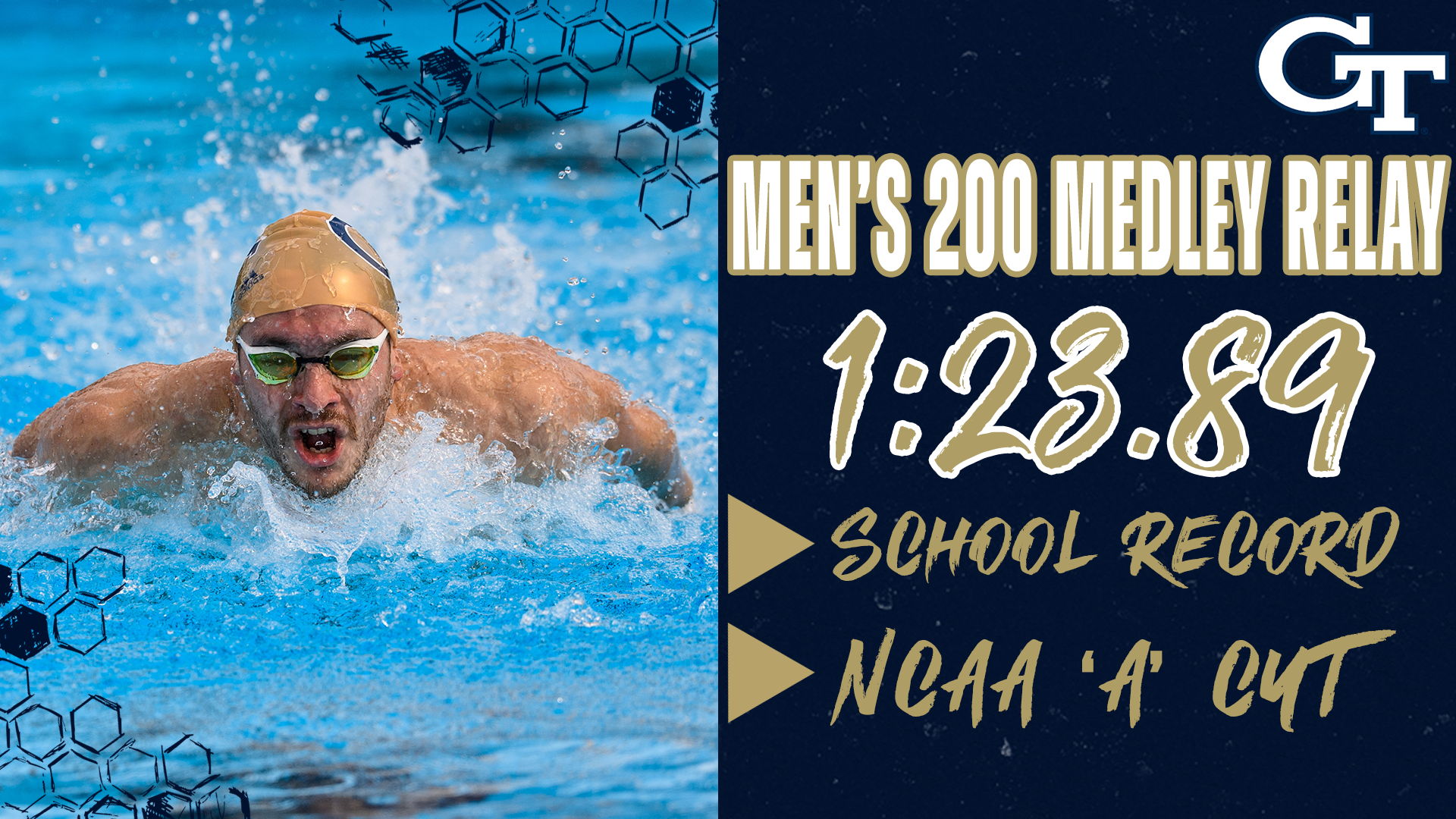 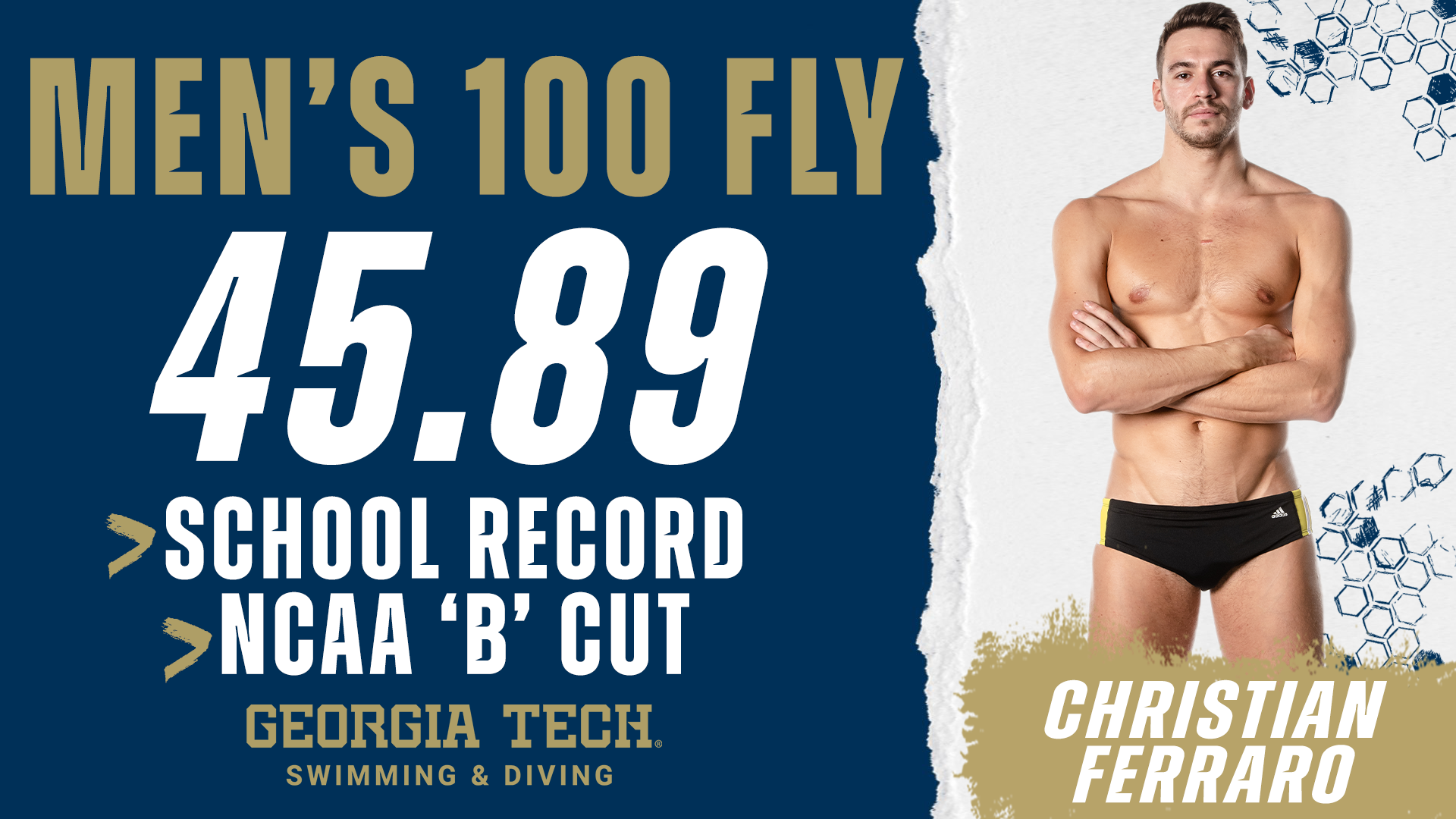 Three men’s school records have been broken so far at the UGA Invite through the first two days. The 400 Medley Relay, 200 Medley Relay and 100 Fly have all been rewritten. 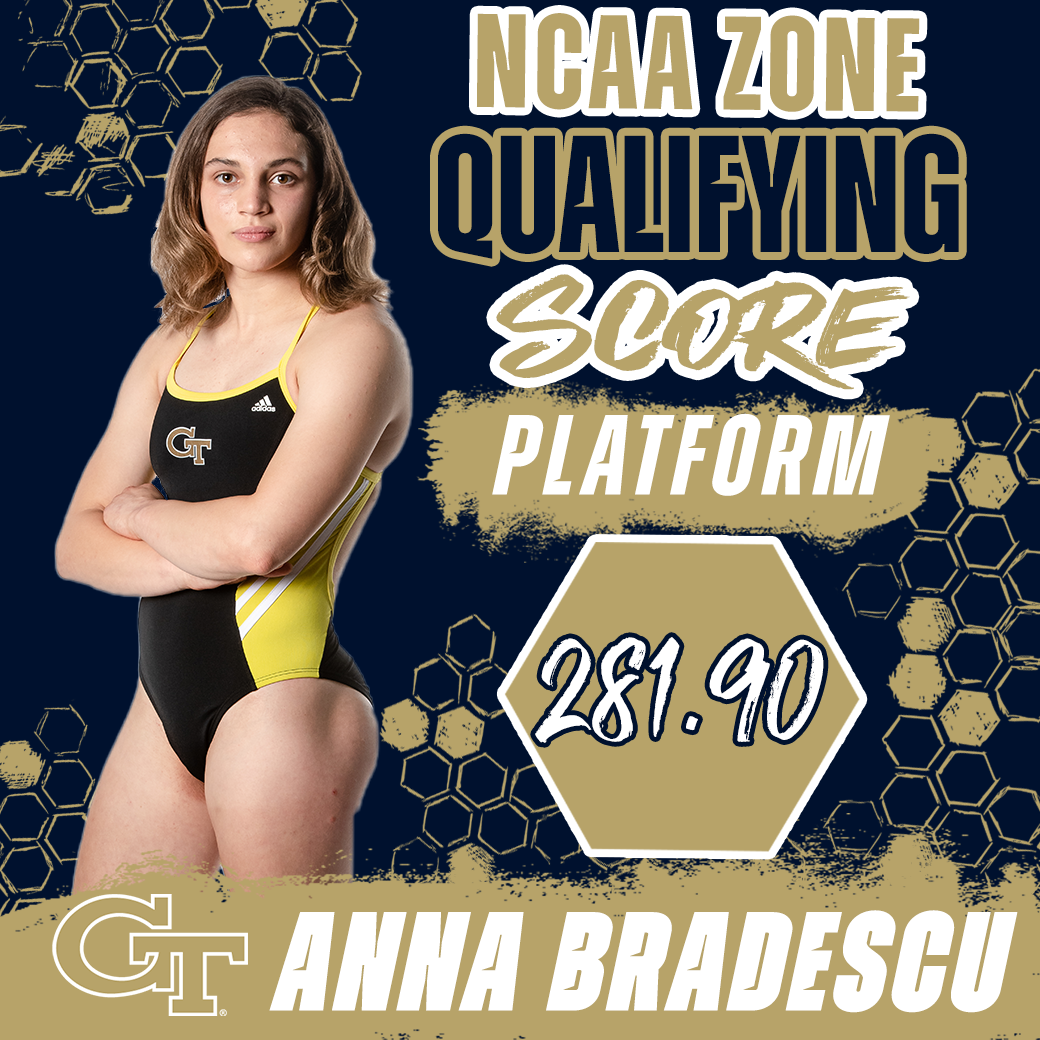 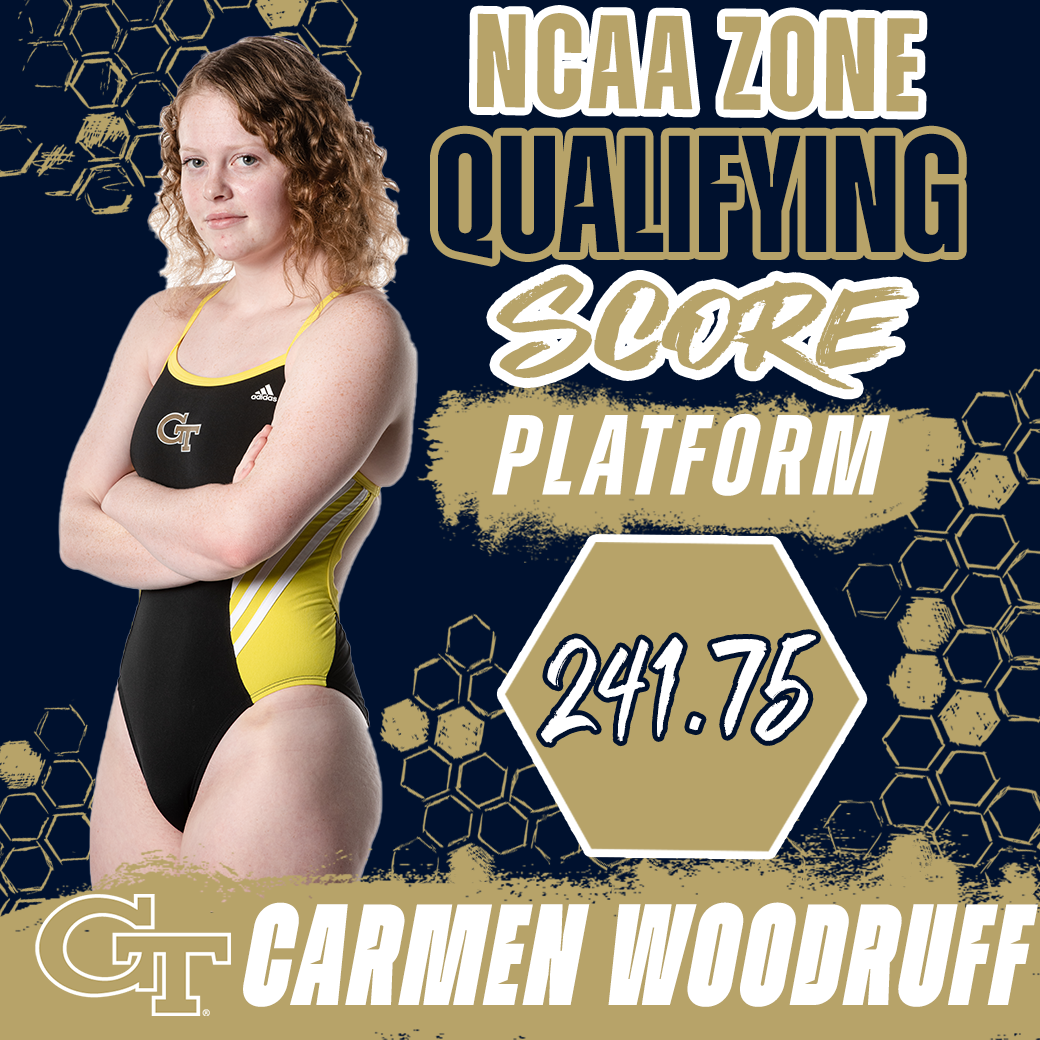 “I definitely knew we were capable of getting many zone qualifying performances,” said diving coach John Ames. “The results do not surprise me. Platform is Anna’s best event. I still think she has not had her best performance on springboard though.”

“As for Carmen,” Ames added. “She put together the kind of platform list that I knew she was capable of. I am very proud of her.”

Bradescu also qualified for Zones in the 3m dive on the first day of the UGA Invite. 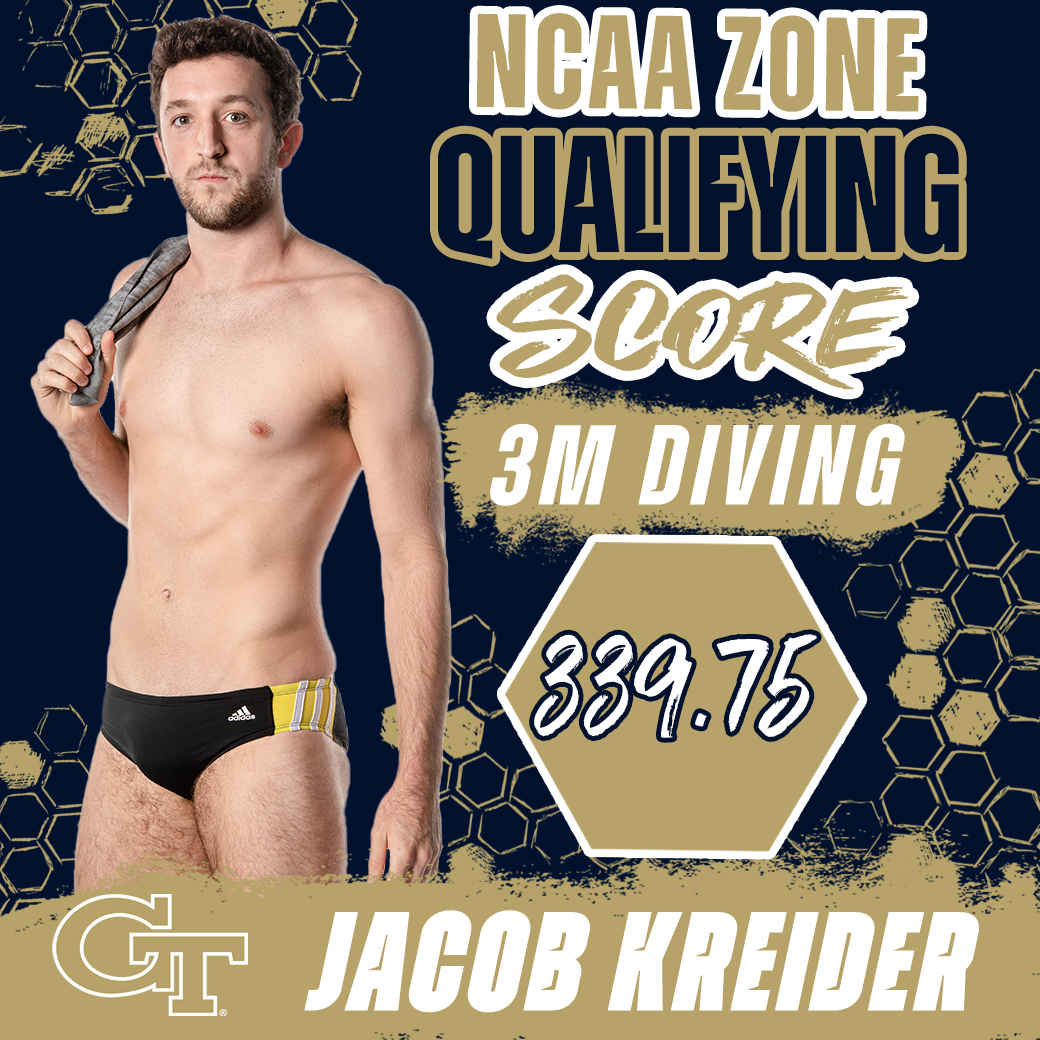 Georgia Tech will return for the final day of competition at the UGA Invite in Athens tomorrow morning starting at 9:30 a.m. (EST). Finals will begin at approximately 3:00 p.m. (EST). Live streaming for the final day will be provided by SEC Network+ and can be found here.