In his first season as Georgia Tech’s center, Minihan has helped pave the way for an offense that has gained 400-plus yards in each of its first four games and has only surrendered two sacks all season. The four-consecutive 400-yard games are a first at Georgia Tech since 2014, and the Yellow Jackets hadn’t previously opened a season with four-straight 400-yard performances against NCAA Division I-A/FBS opponents since 1999. 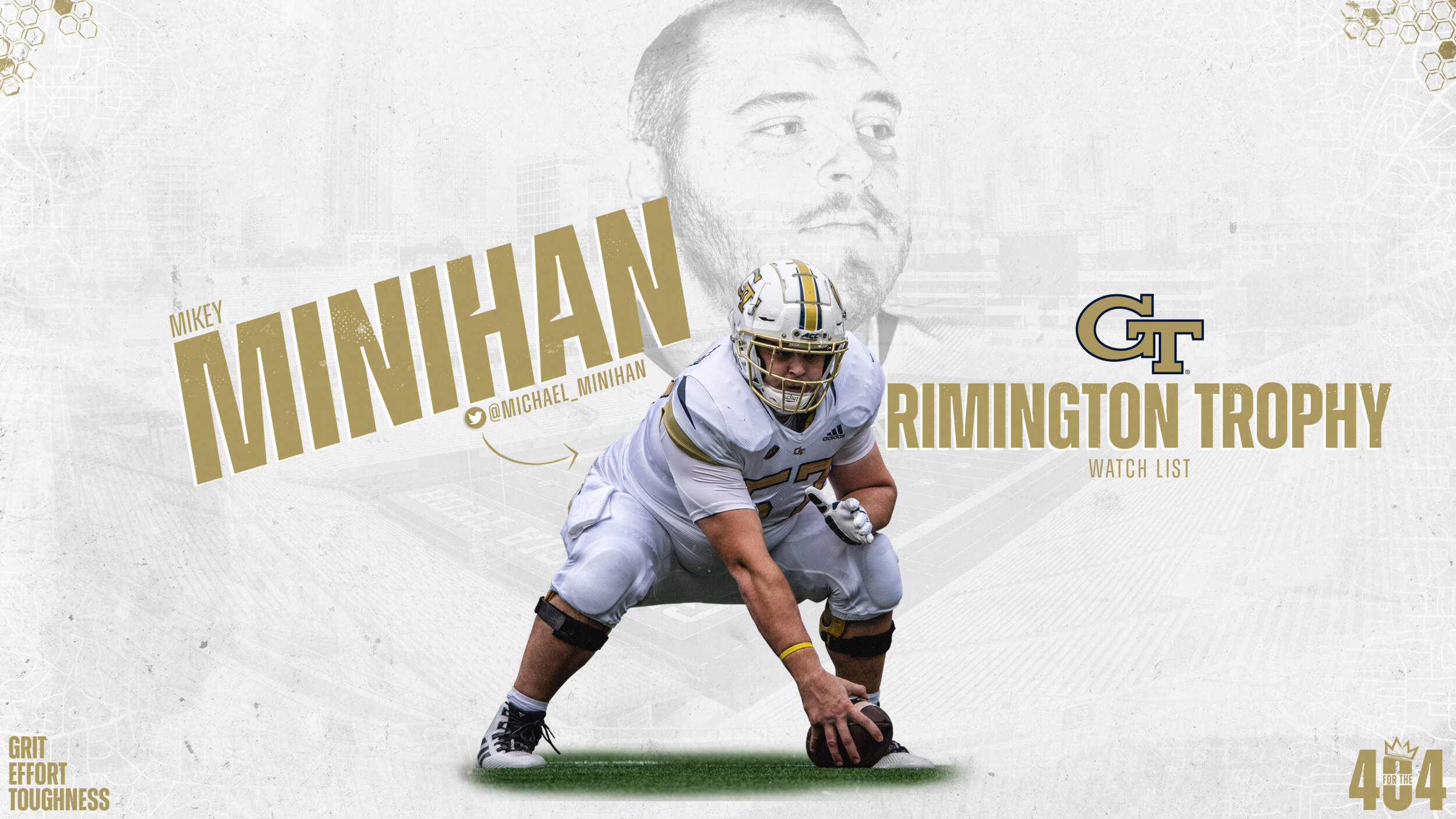 The winner of the Rimington Trophy is determined by the center receiving the most first-team votes on three prestigious all-America teams – Football Writers Association of America, Sporting News and Walter Camp. Since its inception in 2000, the Rimington Trophy has not only honored the nation’s top center, but has also raised more than $4.5 million for the Boomer Esiason Foundation, which is committed to finding a cure for cystic fibrosis.

Minihan and the Yellow Jackets (2-2, 2-1 ACC) return to action on Saturday when they welcome No. 1-ranked Clemson to Bobby Dodd Stadium. Kickoff is set for noon and the game will be televised nationally on ABC.