Greensboro, N.C. – On the strength of a career-best 34-point effort in last Wednesday’s game at Georgia, sophomore Michael Devoe has been named ACC Co-Player of the Week along with Duke’s Vernon Carey, Jr. Carey also earned ACC Freshman of the Week honors. ACC men’s basketball weekly honors are determined by a vote of a 15-member media panel and announced on Mondays throughout the regular season.

Continuing his breakout early season scoring, the 6-5 guard went 12-of-21 from the floor and went 5-for-7 from three-point range, all career high numbers. His nine rebounds also were a personal best. Devoe has matched or exceeded his career high in scoring in every game this season, scoring 22 each against NC State and Elon before his performance at Georgia. He became the first Tech player to score 20 points in three straight games since Josh Okogie, now with the Minnesota Timberwolves, scored 25, 29 and 20 points in consecutive games against Louisville, Duke and Wake Forest. Like Devoe’s string, two of the three performances came in road games. 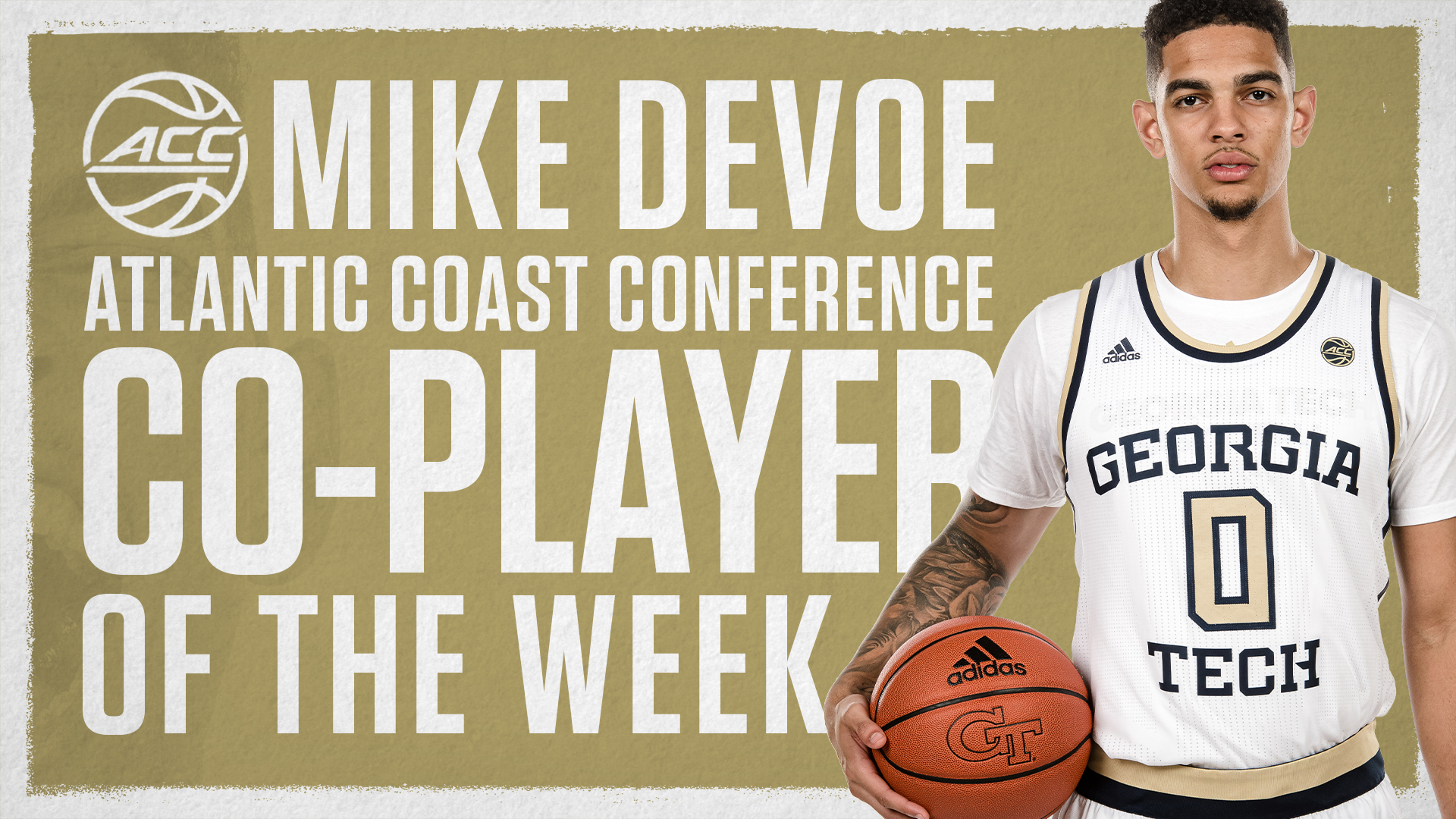 Carey posted double-doubles in wins over Cal and Georgetown in the 2K Empire Classic at Madison Square Garden, extending his streak of double-doubles to four straight games. For his efforts, the Southwest Ranches, Florida, native was named the MVP of the 2K Empire Classic. In the 87-52 win over Cal in the semifinals Thursday, Carey put up 31 points, 12 rebounds and four blocks in 22 minutes, marking the fewest minutes played in a 30-point game in Duke history – surpassing Shane Battier’s 31 points in 24 minutes against Davidson on Dec. 21, 1999. It was just the sixth 30-10-4 game in Duke history and third by a freshman, joining Marvin Bagley III and Zion Williamson.