THE FLATS. – The Georgia Tech cross country program made its second trip to The Sunshine State this season as the Jackets took on the Florida State Invitational in Tallahassee at Apalachee Regional Park on Friday morning.

On the men’s end of things the Jackets had five runners finish in the 8K Collegiate Invite top-20, led by senior Andrew Kent’s second-place individual performance, placing second on the overall team leaderboard. The Tech women took third-place in the 5K Collegiate Invite, backed by four runners in the top-25.

“We are excited to be racing and this was a great competition with five ACC schools, five SEC schools and many of the top programs in the south region,” said head men’s & women’s cross-country coach Alan Drosky. “It was fun to watch the men and the women, they are talented and tough. For us to have come away with strong finishes for both was outstanding.”

After a fast start Kent was able to secure a steady spot among the top-three runners by the 5000m mark. Kent posted a blazing 2:48 during the last 1000m of the race to finish in 24:07, earning him a second-place spot on the Invite podium.

A group of four underclassmen would make up Tech’s final scorers for the men as freshman Zach Jaeger (15th-place, 24:53), sophomore Joshua Williams (17th-place, 24:57), freshman Devin Wade (19th-place, 24:57) and freshman Charlie Smith (20th-place, 24:59) each crossed the line in the top-20 to ensure a second-place performance for the squad. 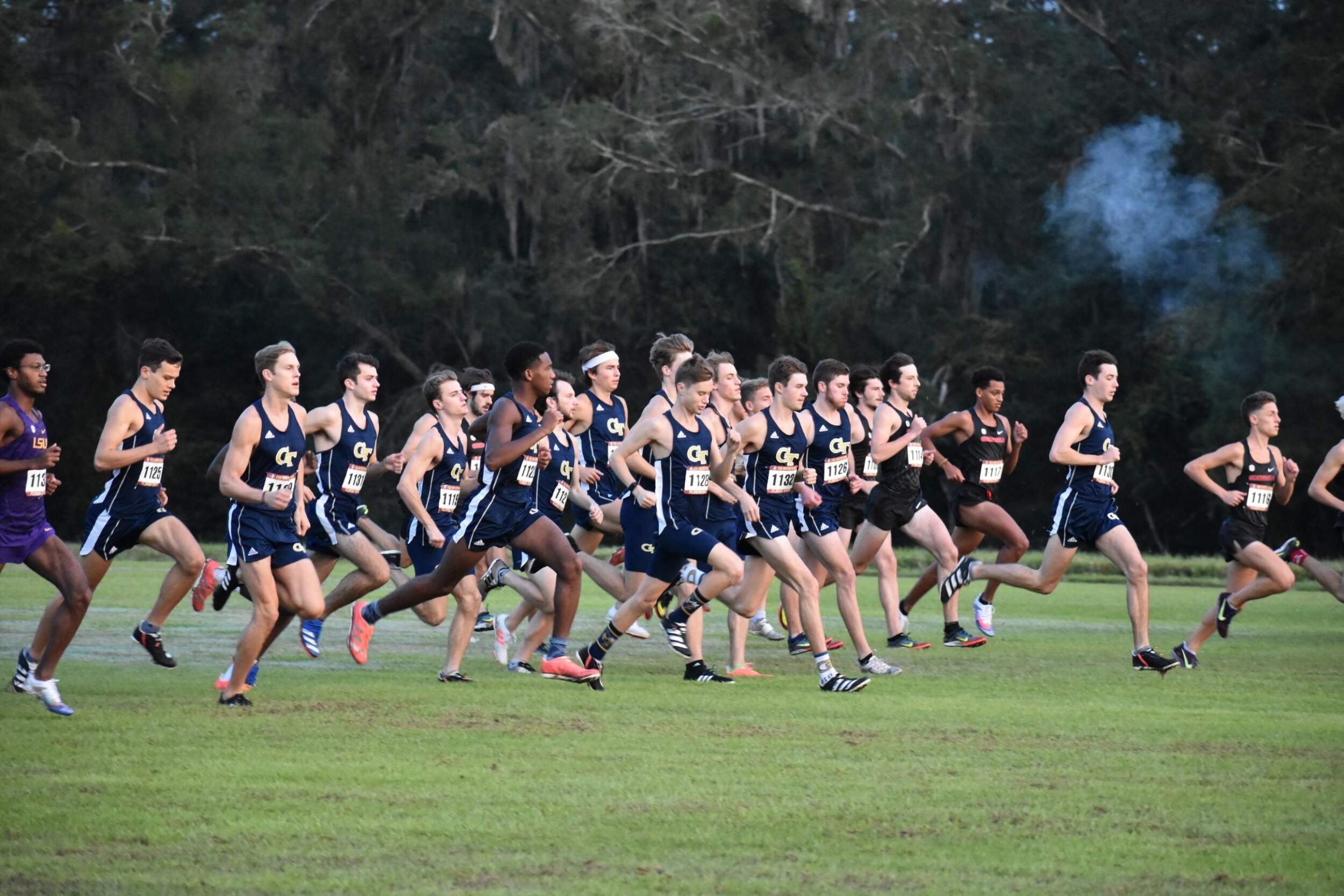 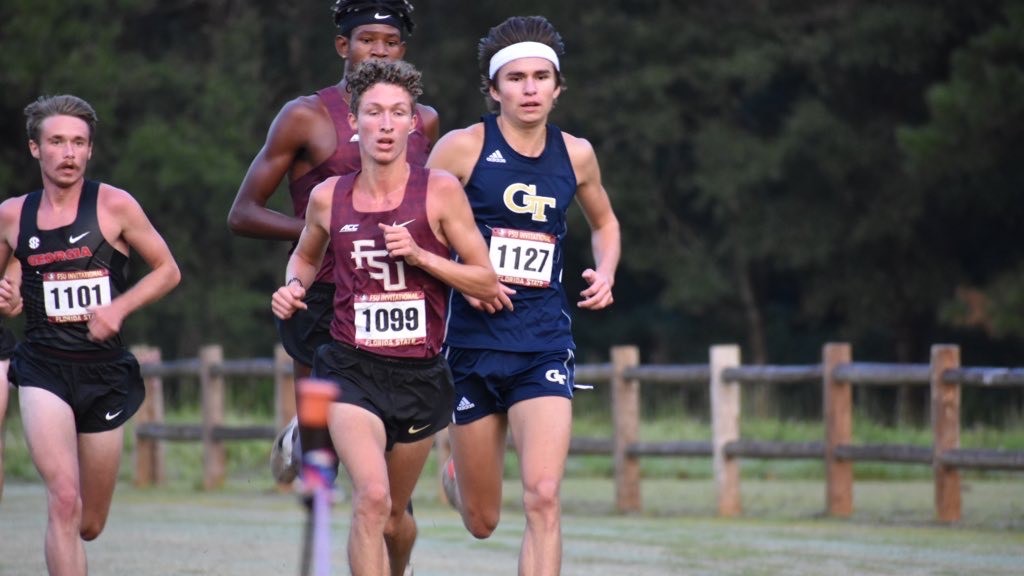 “I have never been more excited for the men’s team in my entire collegiate career,” Kent said. “When you have three freshmen finish in the top-five, while getting second-place as a squad in a field like this, it is huge. When we have everyone in the lineup ready to go on race day, we can be a scary team.”

“The men really needed this kind of race,” added Drosky. “Two weeks ago, we were ok, but we knew we were better than what we showed.  So, they were on a mission from our first guy on back.  Every one of them is capable of coming through for the team each time out.  A couple of true freshmen went down hard in a pile-up about 3000m into the race, got up, and fought their way into our top five.  That’s the kind of attitude that permeates our team.”

Junior Liz Galarza was the first women’s runner to cross the finish line for Tech, coming in at 17:23.2 to take 13th-place. Between the two mile and 5000m marks she moved up 14 total spots in the race. 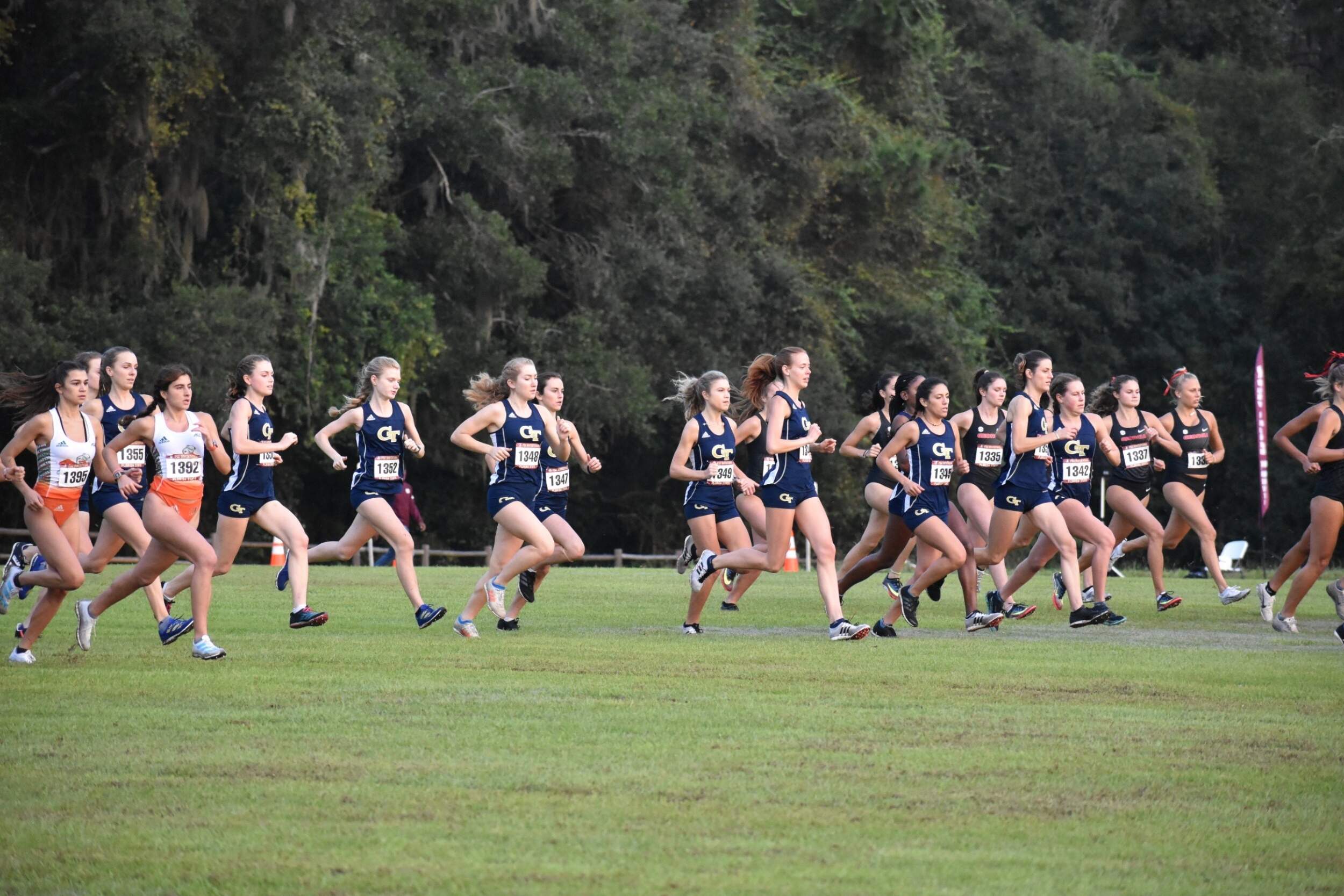 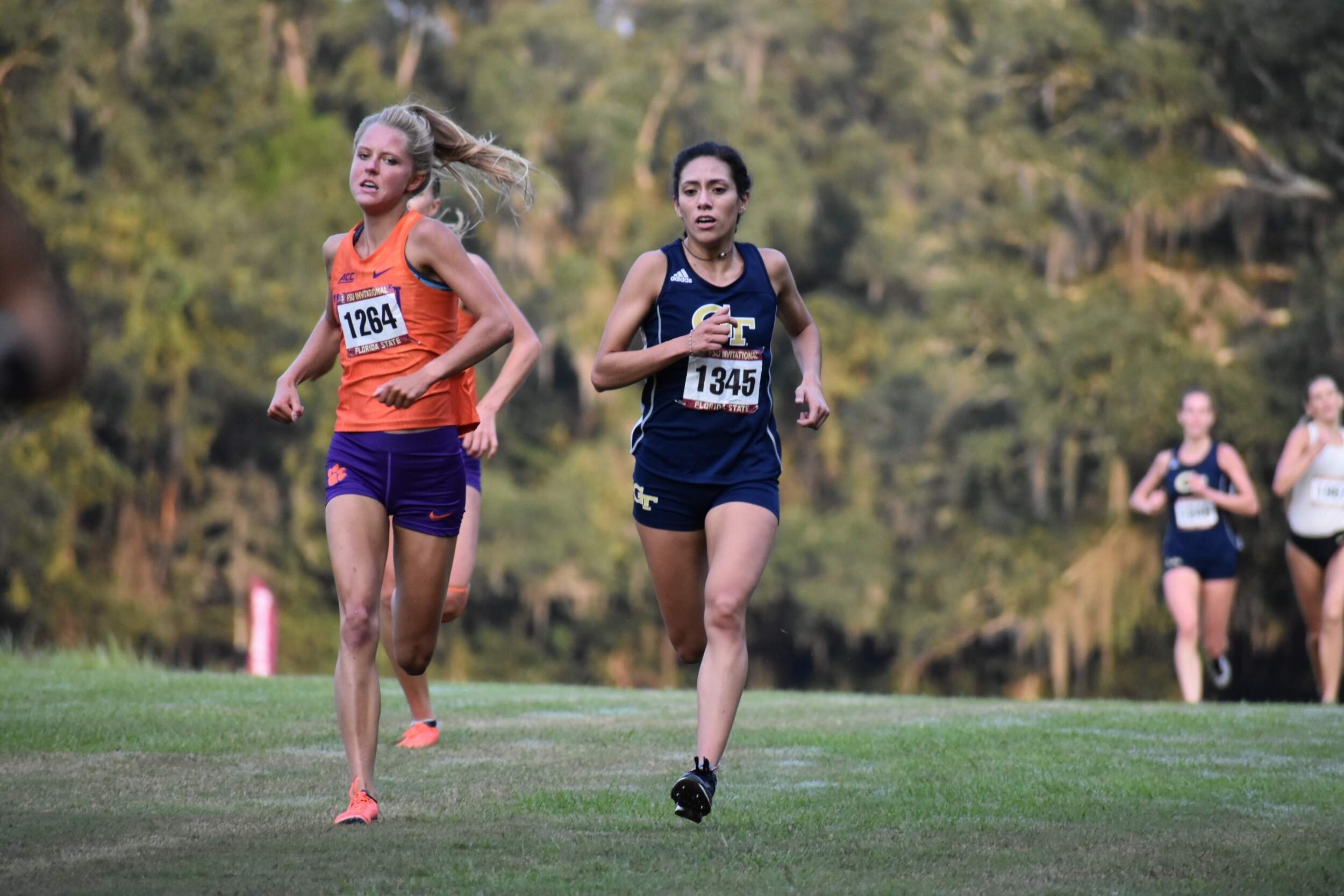 “I feel like today we embodied the phrase Together We Swarm,” Galarza said. “We worked together as a team and there was absolute strength in how we kept moving up as a whole. I am so excited to see how we keep progressing as we continue to work together and race for each other.”

“The women ran a solid race today, not their best, but they are a strong group and were able to pull out a good result,” Drosky said.  “I talked with them last night about being a little conservative early and we kind of over did it.  At the mile they were buried in the pack in seventh place, moved to fifth at two miles, and finally to third by the finish.  So, they showed great fitness and mental strength to work through traffic the entire race.  We can fix the start of the race next time out, but today we showed we can grind our way to the front.”

The next time Tech will lace it up will be in two weeks on Oct. 16 at the UAB Blazer Classic at Veterans Park in Hoover, Ala. The Blazer Classic will be the Jackets final regular season meet before heading to Cary, N.C., for the 2020 Atlantic Coast Conference XC Championships on Oct. 30.