THE FLATS – The Georgia Tech men’s swimming & diving program moved up in the national rankings this month as the Jackets were slated in the No. 17 spot in the latest CSCAA Division I Poll, the association announced on Thursday.

The Jackets shot up five places in the rankings from No. 22 to No. 17 since the last poll was released on Nov. 19. This is the highest-ranking Tech has received from the CSCAA since it was also ranked 17th back on Oct. 24, 2018. 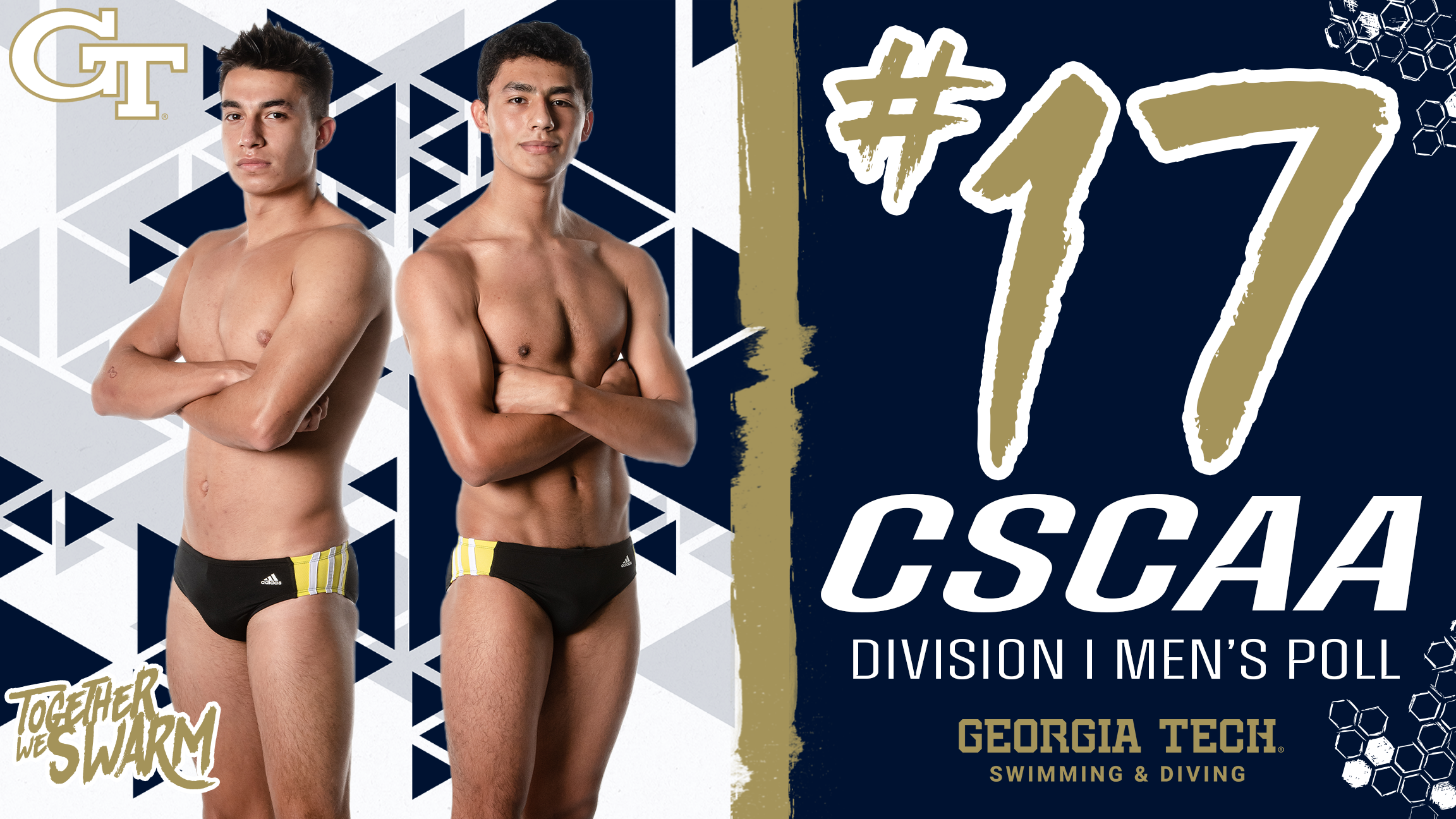 Prior to the rankings release the Jackets had a successful weekend in Athens at the UGA Invitational from Nov. 17-20, as two NCAA A Cuts in the 200 & 400 Medley Relays were earned during the last meet of the fall season.

Senior diver Jacob Kreider qualified for NCAA Zones in the 3m Dive at the UGA Invite. The men’s squad broke three school records at the meet. The 200 Medley Relay with a group comprising of seniors Christian Ferraro, Caio Pumputis, Austin Daniel and junior Kyle Barone set a new record for that event at 1:23.89. The 400 Free Relay record was set by Ferrao, Pumputis, Daniel and true freshman Batur Unlu clocking in at 2:52.15. Ferraro contributed to all three broken records as he also swam to a new 100 Fly record with a time of 45.89.