THE FLATS – Georgia Tech men’s basketball worked a two-point lead late in the second half but was unable to pull off the upset, falling to No. 9/7 Virginia Tech 52-49 on Wednesday night at McCamish Pavilion.

Offensively, Tech was led by Jose Alvarado who scored 17 of its 24 total first-half points en route to a 20-point outing. Abdoulaye Gueye also finished with 11 points and six rebounds while Michael Devoe and Brandon Alston both finished with seven points.

VT owned slight advantages on the glass (35-32), points in the paint (20-18), and turnover margin (18-8), but Georgia Tech’s overall offensive numbers of 44.7 percent from the field and 37.5 percent from three-point distance kept them within an arm’s length for the majority of the game.

Georgia Tech returns to action Saturday for its first road game in four weeks when it travels to Syracuse for an ACC matchup at the Carrier Dome. Tipoff is set for 6 p.m., and the game will be televised nationally on ESPN2. 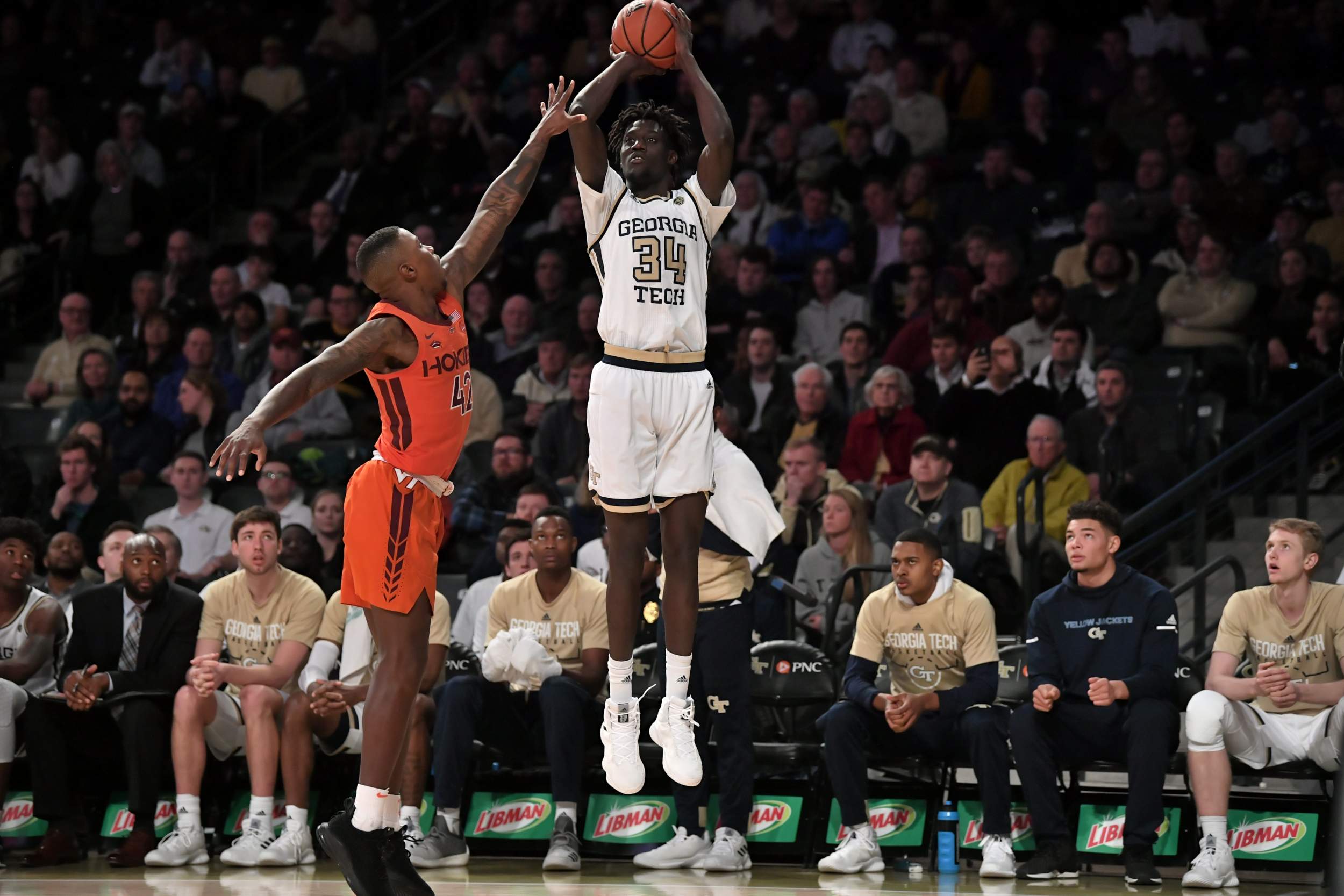 Abdoulaye Gueye hit the third three pointer of his career with 4:19 left in the game to tie it up at 47-47 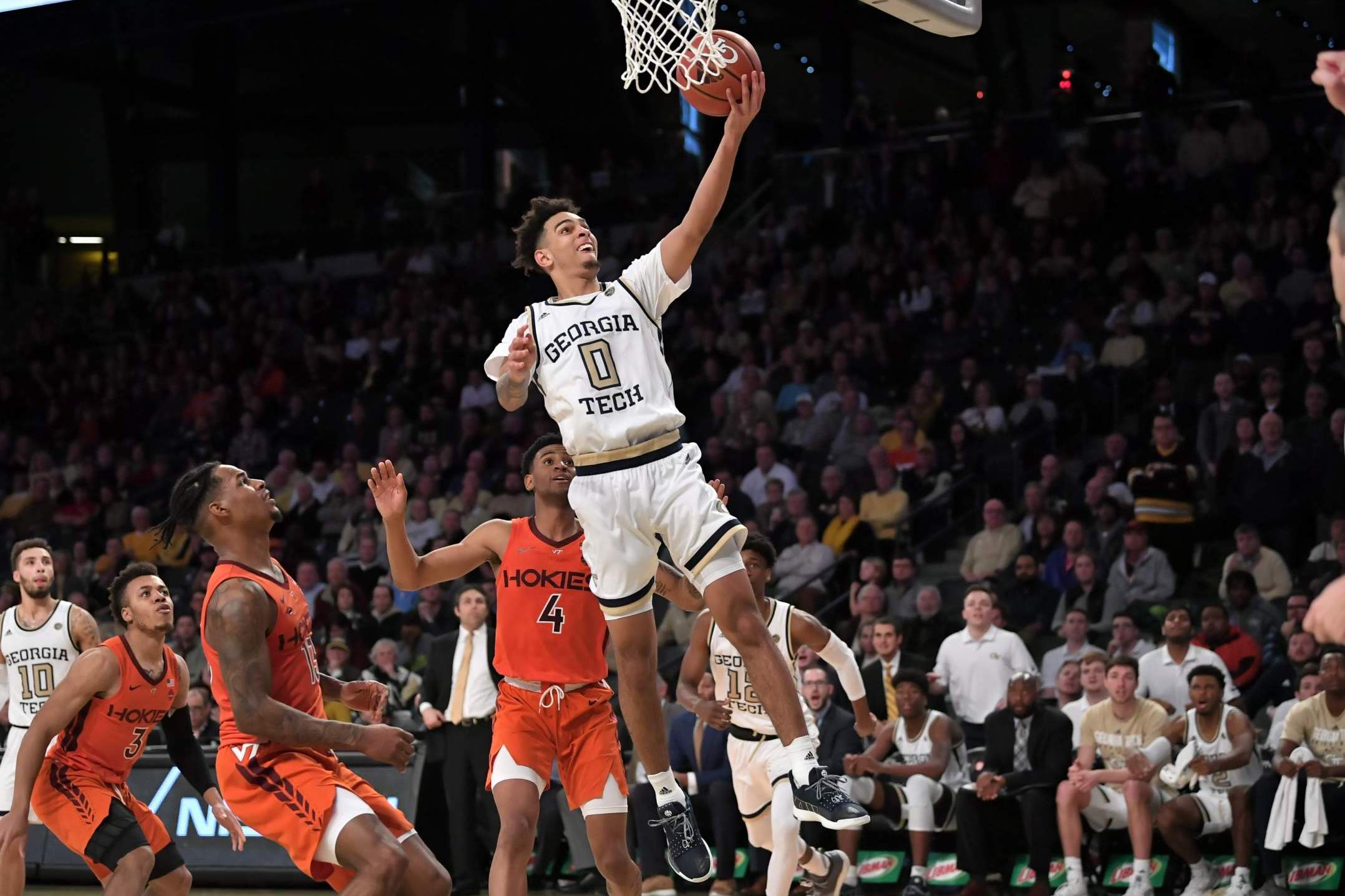