Miami Fla. – Jose Alvarado scored 17 points to lead four Georgia Tech players in double figures, but the Yellow Jackets could not overcome a 37-point performance by St. John’s guard Shamorie Ponds as the Red Storm rallied in the second half to defeat the Yellow Jackets, 76-73, Saturday in the Hoophall Miami Invitational at American Airlines Arena.

The Yellow Jackets (4-3), who dropped their second straight game, used a 14-0 first-half run and 48-percent shooting rally from a 7-point deficit to lead 38-29 at intermission. The Tech run was broken at the horn when Ponds sank a half-court shot for three points.

Undeterred, the Yellow Jackets scored nine of the first 11 points in the second half to open a 47-31 lead, and led by the same margin as late as 15:06 on Curtis Haywood’s layup before the Red Storm (7-0) began to chip away.

James Banks III, making his first collegiate start, posted his second straight double-double with 14 points and 12 rebounds. Brandon Alston, also back in the starting lineup for the second time this season, scored 14 points with three 3-point field goals, and Moses Wright added 12 for the Yellow Jackets.

Justin Simon and L.J. Figueroa each chipped in 13 points for the Red Storm. 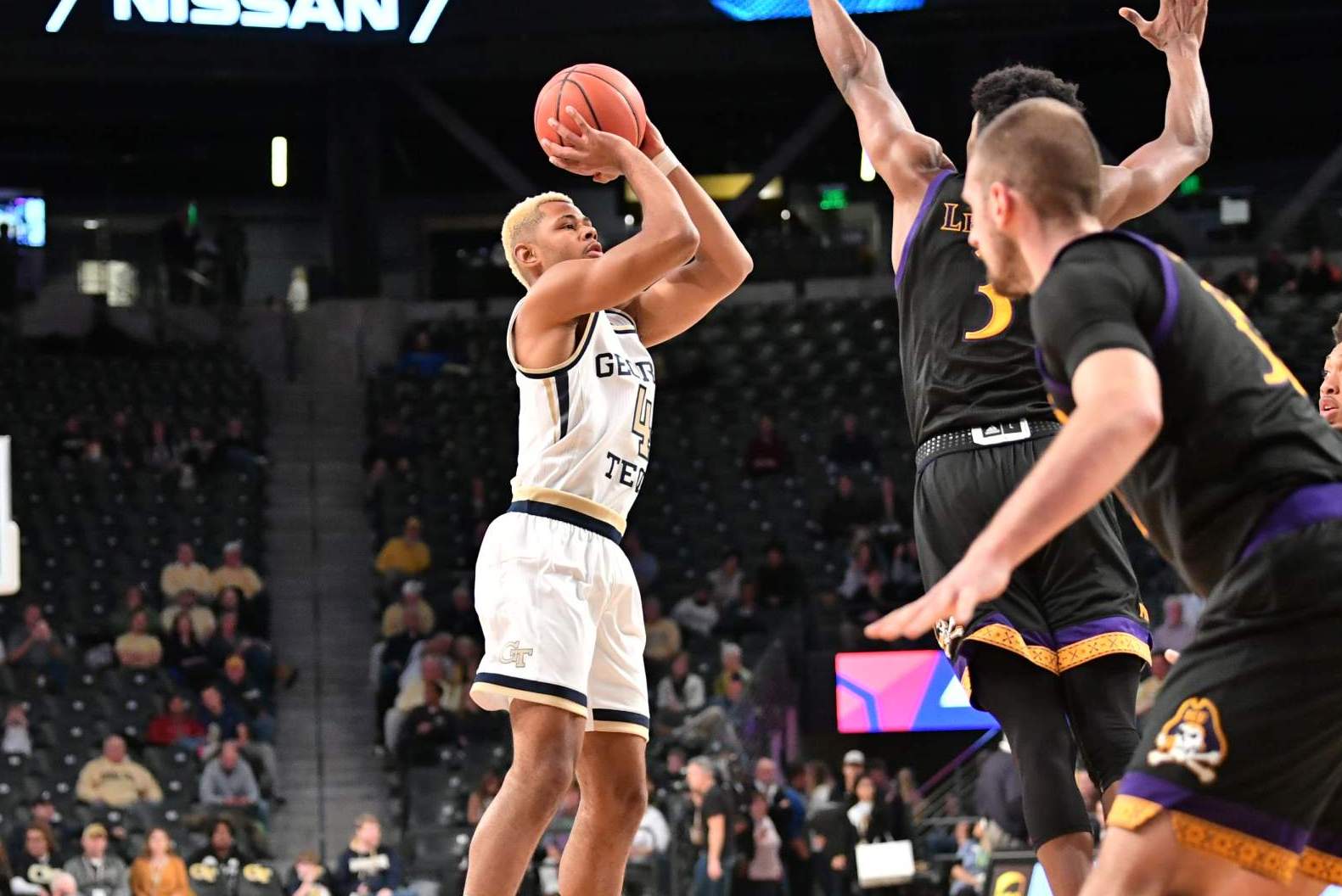