Jackets Upend Syracuse on the Road, 73-59

Syracuse, N.Y. – Jose Alvarado and Curtis Haywood combined for six three-point field goals and 34 points, while Georgia Tech shot 68.2 percent from the floor in the second half and pulled away for a 73-59 victory over Syracuse Saturday evening at the Carrier Dome.

The Yellow Jackets (10-6, 2-1 ACC) bounced back from a heart-breaking loss and a defensive struggle Wednesday night with Virginia Tech, outscoring the Orange (11-5, 2-1) 47-33 after intermission. Alvarado and Haywood supplied 28 of those points to stave off two Syracuse rallies and cancel out 22 Tech turnovers.

Tech put itself in position to win with a solid defensive first half, taking a 27-26 lead into the locker room by repeatedly going inside to post players James Banks III and Abdoulaye Gueye, who scored 20 of the Jackets’ points. Banks finished with 16 points (6-of-10 FG) and seven rebounds, while Gueye scored 10 in his first start since Nov. 28.

Gueye missed much of the second half with severe cramps, but sophomore Evan Cole mitigated the loss with eight points and eight rebounds.

The Yellow Jackets defended well once again, holding Syracuse to 31.6 percent shooting from the floor and just 7-of-33 from three-point range. Oshae Brissett led the Orange with 15 points, while Elijah Hughes added 12 and Tyus Battle scored 11.

Georgia Tech remains on the road for its next game when the Yellow Jackets visit Clemson Wednesday night at Littlejohn Coliseum. Tipoff is set for 9 p.m., and the game will be televised live on the ACC Regional Sports Network (Fox Sports South in Georgia). 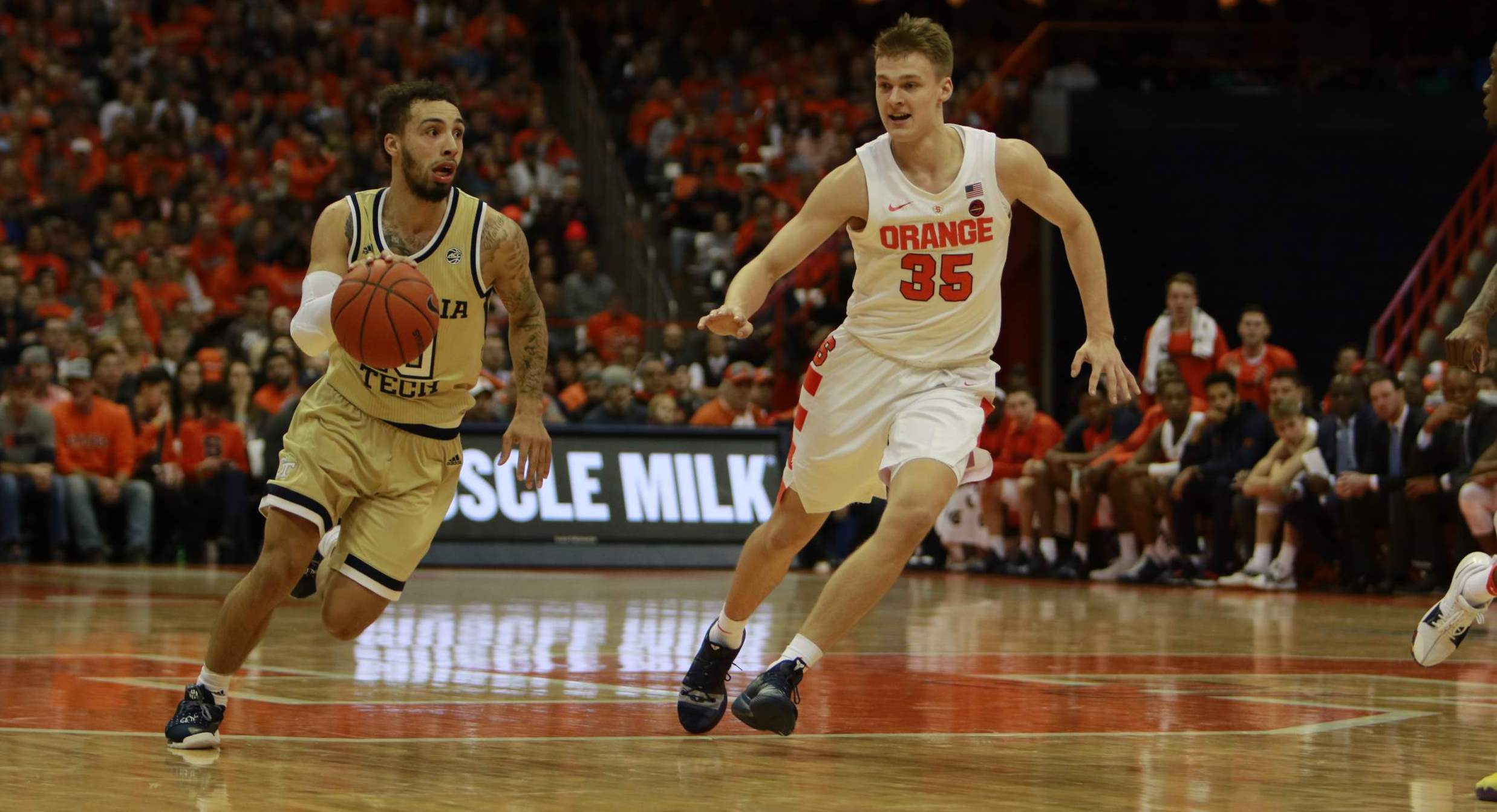 Jose Alvarado went 3-for-3 from three-point range and 6-of-7 from the free throw line. 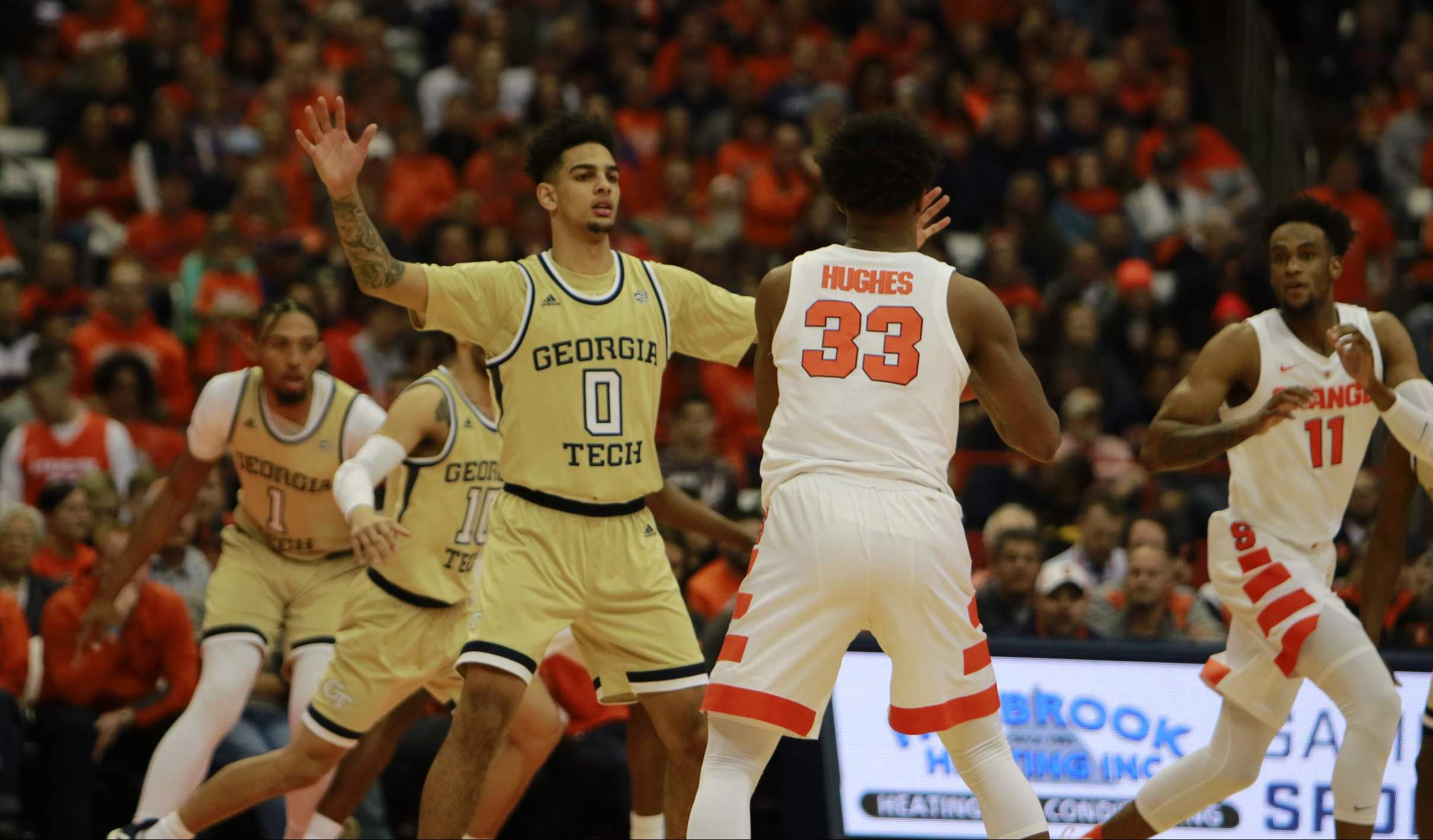 The Yellow Jackets limited Syracuse to 31.6 percent from the floor and 21.2 percent from behind the three-point arc.