Clemson, S.C. – Marcquise Reed scored 30 points and keyed a 20-2 opening run in the first half, leading Clemson to a 72-60 victory over Georgia Tech Wednesday night at Littlejohn Coliseum. James Banks led the Yellow Jackets with 16 points.

Tech (10-7, 2-2 ACC) struggled offensively in the early going, missing six of its first seven shots and turning the ball over four times in the first eight minutes of the game. Reed scored five of his 10 field goals in the stretch as Clemson (11-6, 1-3) captured its first ACC win of the season.

Jose Alvarado and Curtis Haywood II helped the Jackets find their footing, each hitting a pair of three-point baskets and scoring eight points each while Tech rallied to within 35-30 at the half.

But Elijah Thomas dunked to begin a 7-0 Tiger spurt to start the second half, putting Clemson up 42-30, and the Yellow Jackets would get no closer than eight points (68-60 with 1:20 left) the rest of the game.

Banks hit 6-of-11 shots from the floor and blocked four shots for Tech, while Alvarado finished the game with 10 points. Moses Wright scored nine points of the bench, and Michael Devoe added eight for the Jackets, who shot 47.7 percent from the floor.

Thomas scored 11 points with nine rebounds, and David Skara added 10 for the Tigers, who connected on 50.9 percent from the floor and hit seven three-point field goals.

Tech returns to action Saturday afternoon, playing host to Louisville in a regionally-televised game at McCamish Pavilion. Tip time is 4 p.m. for the game, which will be televised regionally over the Raycom Sports ACC Network (Peachtree TV in Atlanta). 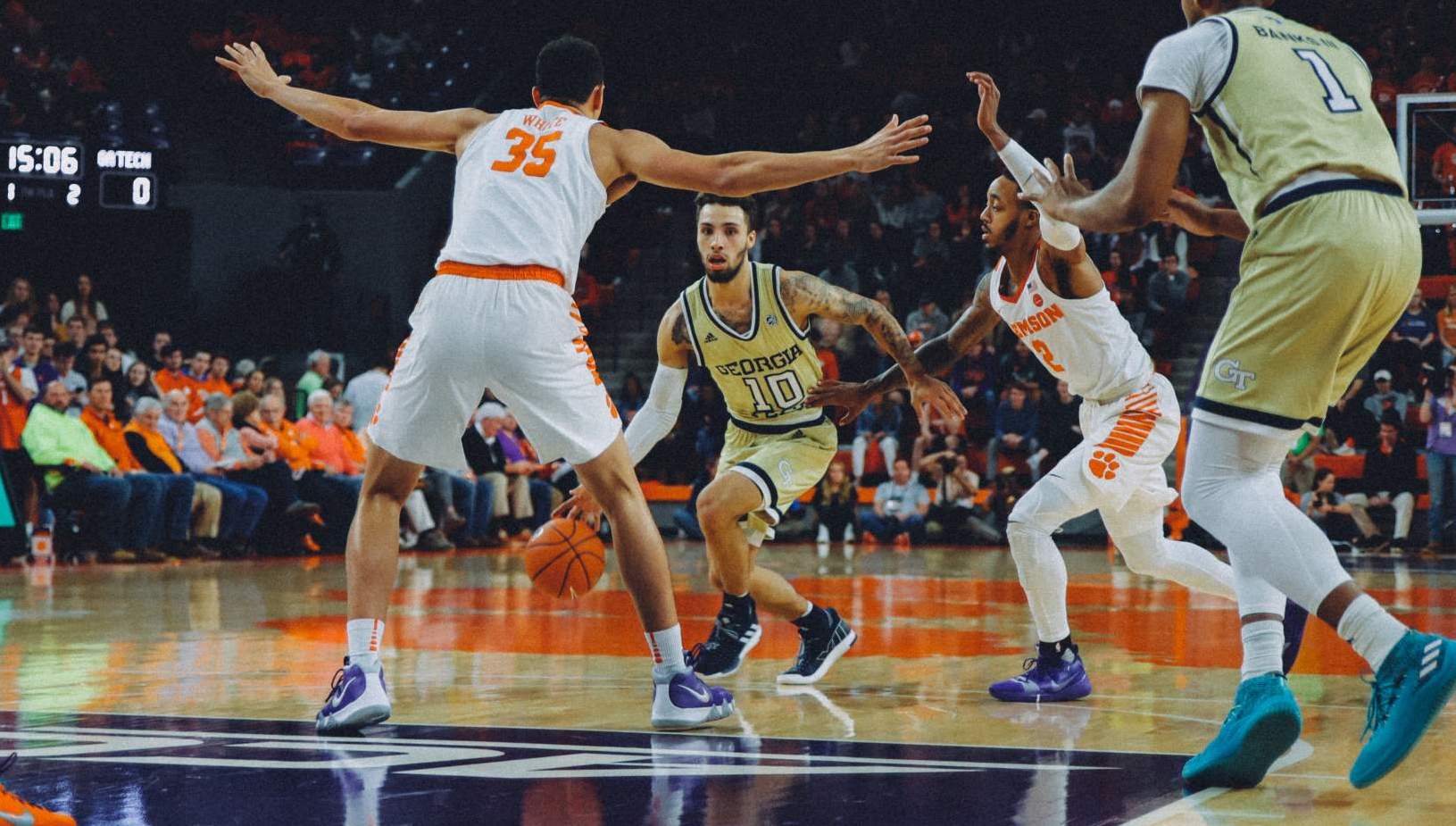 Jose Alvarado finished the game with 10 points, his 13th double-digit game this season. 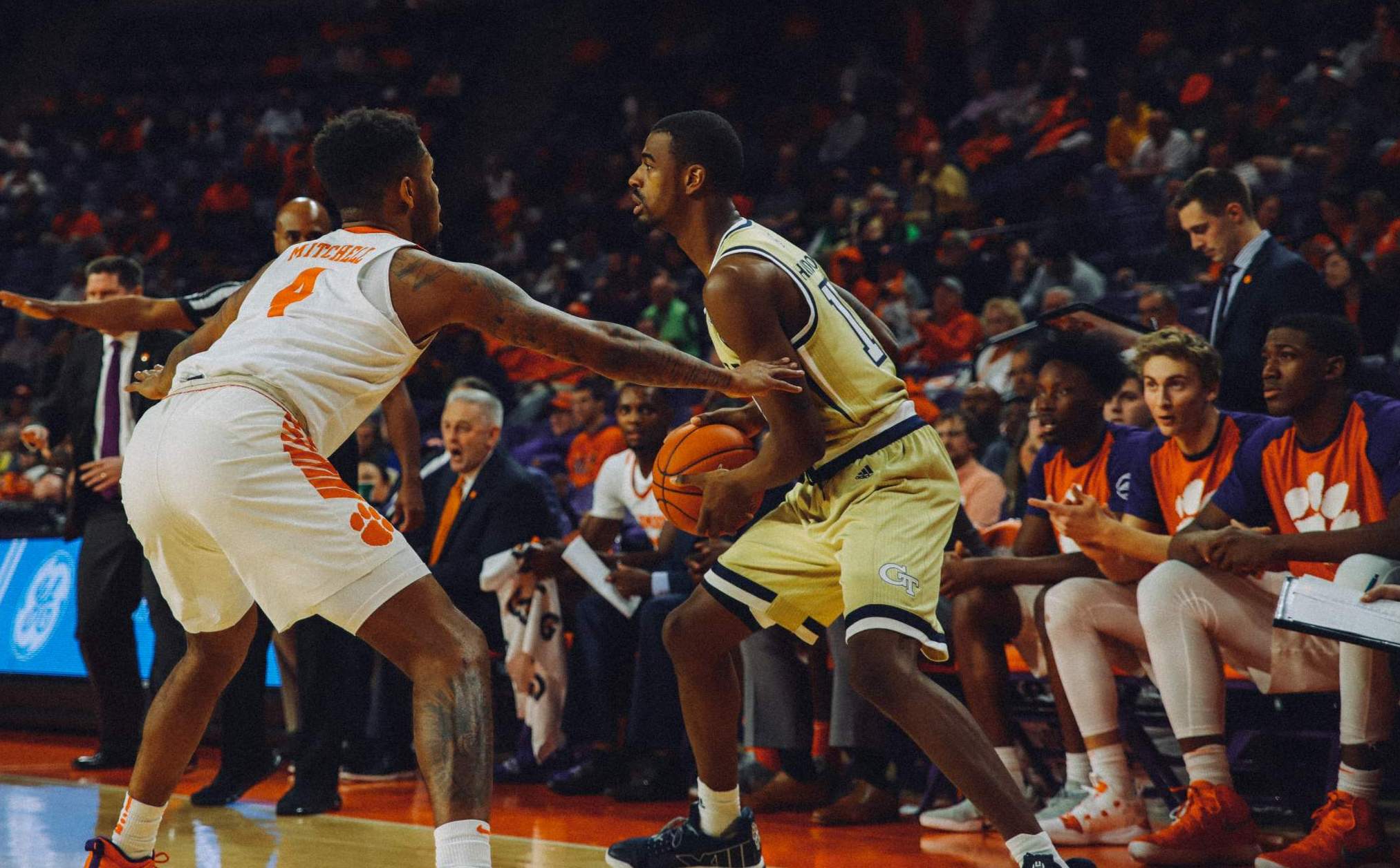