Led by Marshall and Braun, Georgia Tech’s offense amassed 554 yards, including 542 on the ground, and scored on each of its nine full offensive possessions in the win at Louisville. The 542 rushing yards were the third-most in school history and the Yellow Jackets’ most ever in a conference game. 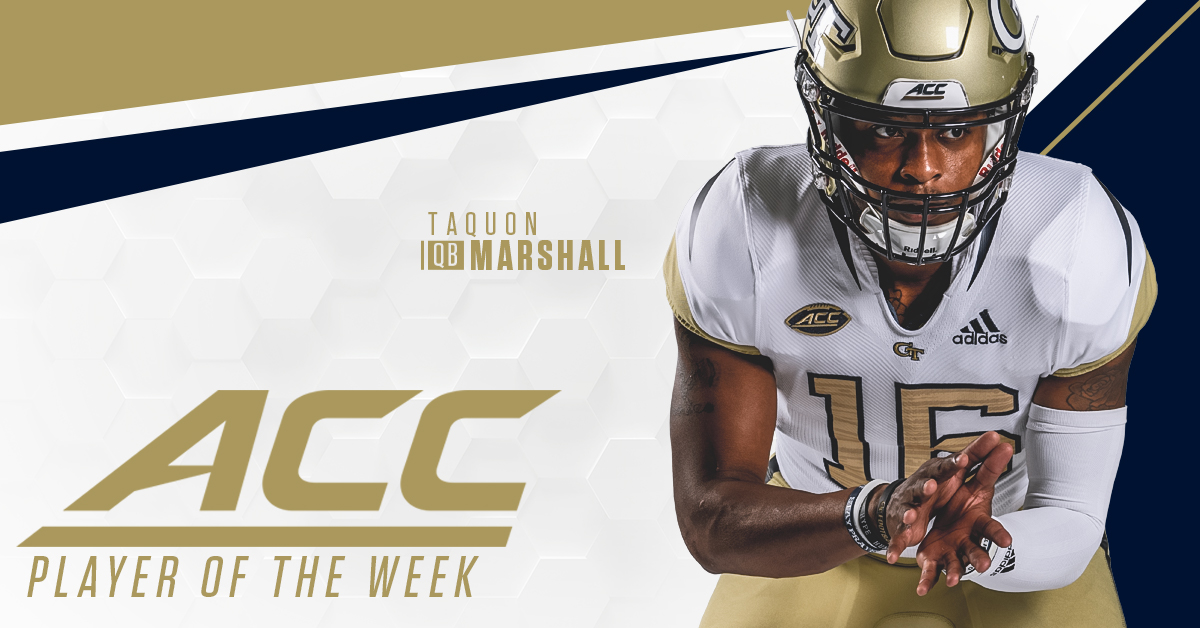 Marshall led Georgia Tech to scores on each of its first seven offensive possessions (six touchdowns and a field goal). Despite being removed from the game with more than four minutes to go in the third quarter, he rushed for a season-high 175 yards and scored two touchdowns. In addition to being the Jackets’ leading rusher, he was nearly flawless in distributing the ball for a rushing game that averaged a whopping 8.3 yards per carry.

In all, Marshall has now led Georgia Tech to scores on 14-straight offensive possessions that he has quarterbacked (13 touchdowns and one field goal) – a TD drive on his final series against Clemson on Sept. 22, six-straight series to open a 63-17 win over Bowling Green on Oct. 29 (six TD) and the seven-straight against Louisville.

The ACC award is the second of his career. He was named ACC Offensive Back of the Week after rushing for a Georgia Tech quarterback-record 249 yards in the 2017 season opener versus Tennessee. 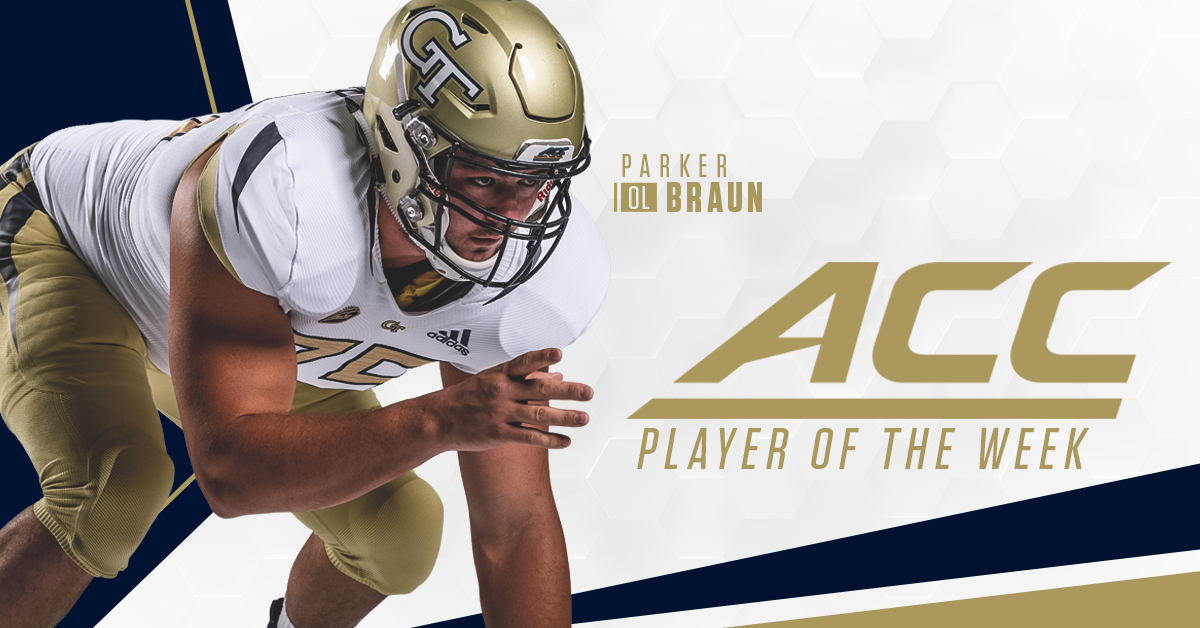 Braun paved the way for Marshall and the rest of the Yellow Jackets’ ball-carriers to rush for 542 yards against U of L. The left guard took 15 defenders to the ground despite seeing only three quarters of action in the rout. Over the past two games, he has been credited with a total of 26 knockdowns to help Georgia Tech post back-to-back 60-point games for only the fourth time in the history of the ACC (joining Florida State – 1992, Georgia Tech – 2015 and Louisville – 2016).

Only a junior, Braun has been named ACC Offensive Lineman of the Week three times in his career. He previously earned the honor with 10 takedowns at No. 18 Virginia Tech in 2016 and with 22 takedowns against Pitt last season.

Marshall, Braun and the Yellow Jackets (3-3, 1-2 ACC) return to action on Saturday when they host Duke (4-1, 0-1 ACC) for a pivotal ACC Coastal Division showdown at Bobby Dodd Stadium. Kickoff for Georgia Tech’s homecoming contest is set for 12:20 p.m.\

In recognition of the Jackets’ historic offensive performance at Louisville, Georgia Tech is offering a Stinger Mobile Pass that includes tickets for each of its final three home games of the season (Saturday vs. Duke, Nov. 10 vs. No. 16/15 Miami and Nov. 17 vs. Virginia) for just $66. For more information and to purchase the Stinger Mobile Pass online, click HERE.