THE FLATS – Georgia Tech sophomore center William Lay III (Bowersville, Ga./Hart County) is one of 83 nominees for the 10th-annual Burlsworth Trophy, the Brandon Burlsworth Foundation announced on Tuesday. The award is given to college football’s most outstanding player who began his career as a walk-on. 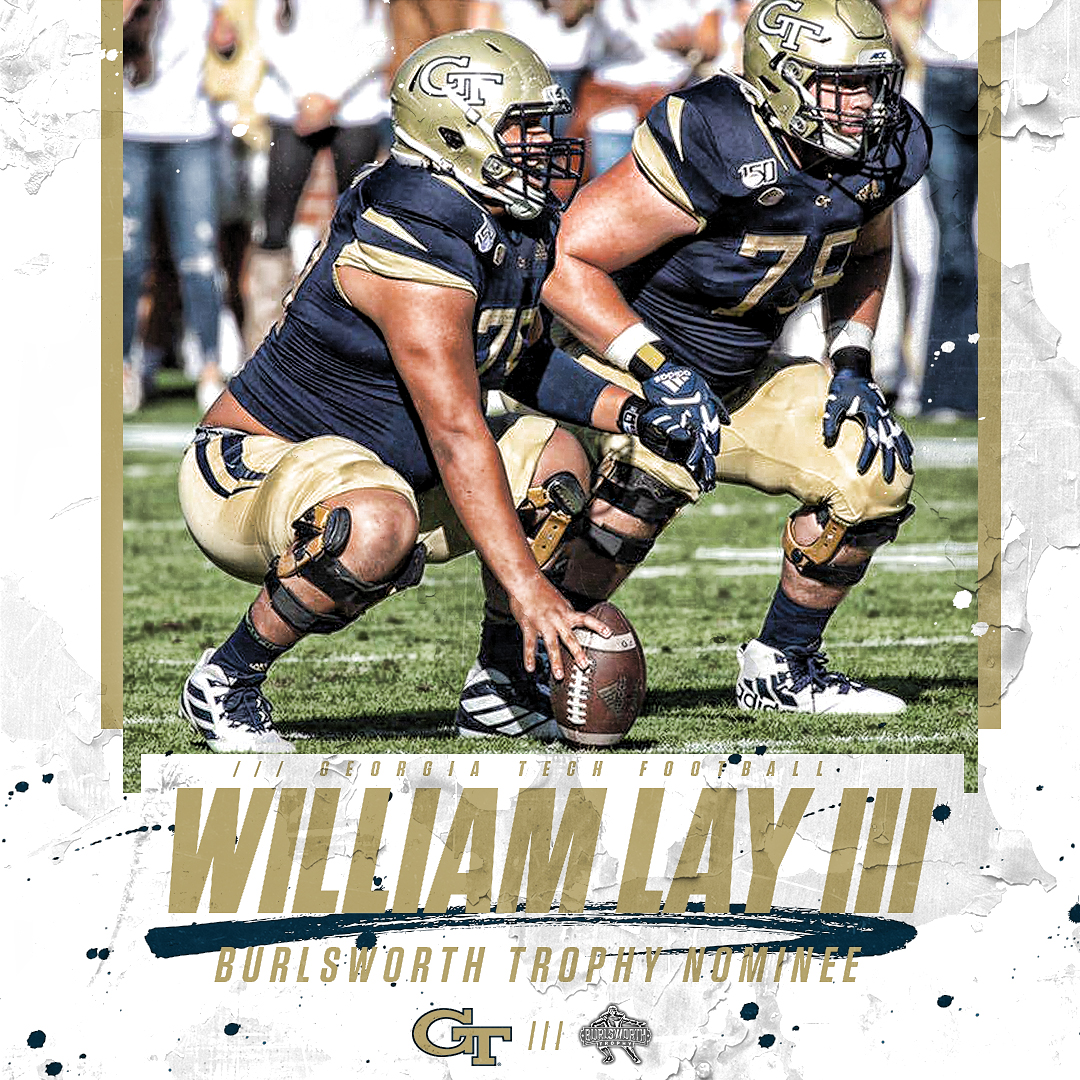 Lay has become an integral component of Georgia Tech’s offensive line as a third-year sophomore. He saw the first game action of his career when thrust into action for injured starting center and Rimington Trophy candidate Kenny Cooper during the Yellow Jackets’ 14-10 win over USF on Sept. 7. Lay was called upon again when Cooper went down against Temple on Sept. 28 and, following Cooper’s season-ending injury following the Temple contest, Lay has gone on to start each of the last four games for the Jackets.

In Lay’s four starts, Georgia Tech has posted its top three yardage totals of the season. He also helped pave the way for the Yellow Jackets to rush for 207 yards in a 28-21 win at Miami (Fla.) on Oct. 19. Miami entered that game with the nation’s No. 7-ranked rushing defense, allowing just 77.7 yards per game on the ground.

Lay arrived at Georgia Tech as a walk-on in 2017. He received no athletic scholarship offers after being a three-year letterwinner at Hart County H.S.

The winner of the 2019 Burlsworth Trophy will be announced on Dec. 9 in Springdale, Ark.

Lay and the Yellow Jackets return to action on Saturday at Virginia. Kickoff is set for 12:30 p.m. The game will be televised on the ACC’s Regional Sports Network (Fox Sports South in Atlanta).