THE FLATS – Junior Lotta-Maj Lahtinen was unstoppable Wednesday morning, scoring a career-high 27 points to lead four Yellow Jackets in double-figures as Georgia Tech picked up a dominating win over Boston College, 86-68. The Jackets shot 41.7 percent from three-point range, connecting on 10 three-pointers in the Atlantic Coast Conference opener for both teams. 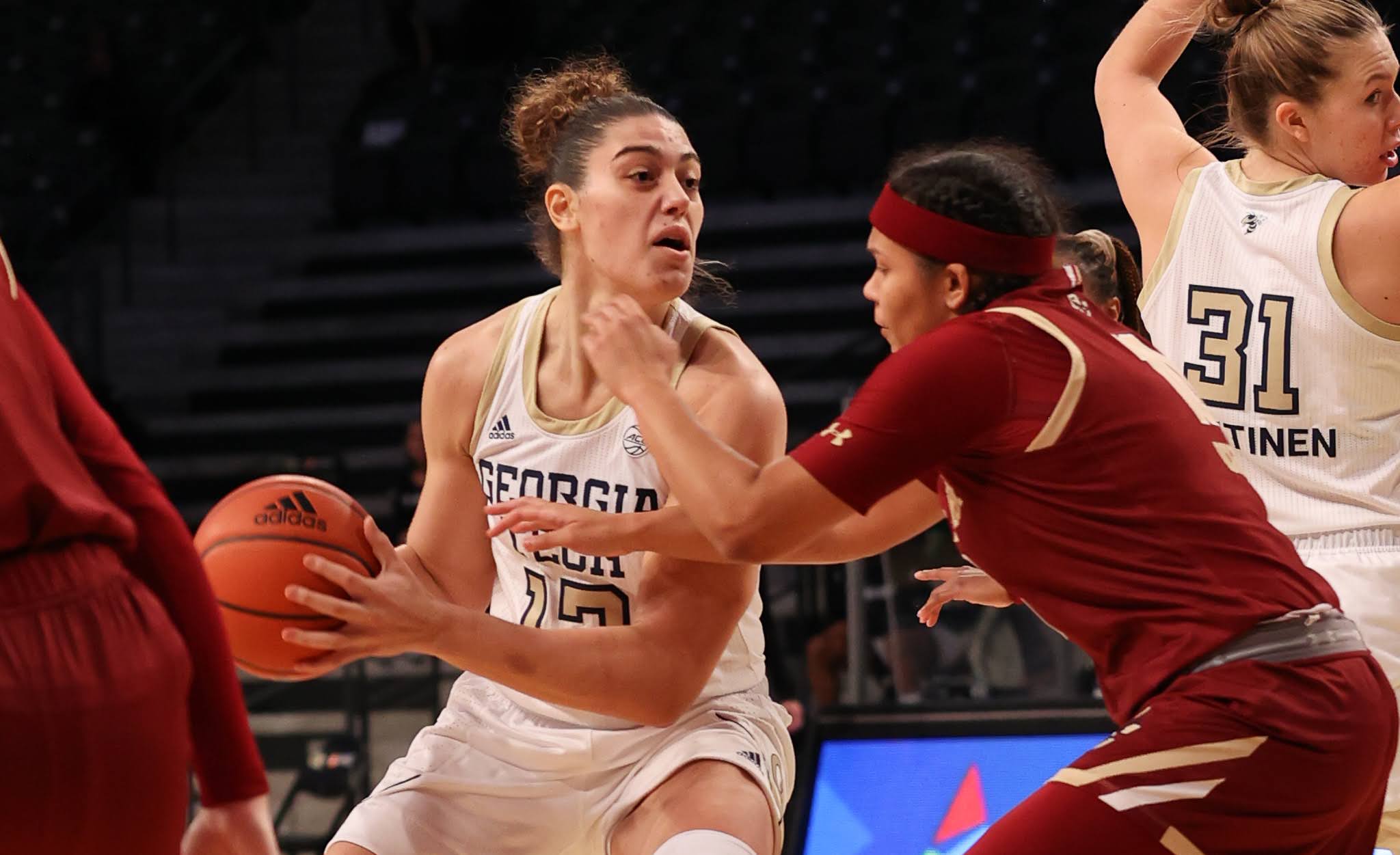 Tech raced out with a comfortable lead after the opening stanza, leading the Eagles, 27-18.  Lahtinen was one-point shy of matching her career-high in scoring after the first half, leading Tech with 17 points on 7-of-10 shooting in the first two frames, as the Jackets held a comfortable 51-30 lead at intermission.

The Jackets carried momentum into the third stanza, building out a 34-point lead with just over three minutes to play in the frame. Boston College (4-1, 0-1 ACC) won the fourth quarter, outscoring Tech 23-12, but was unable to stage a comeback.

Taylor Soule led the Eagles with 19 points as BC shot 43.1 percent from the field and was held to a 5-of-18 effort beyond the three-point line. Tech narrowly won the rebounding battle, 33-32, led by Cubaj and Lahtinen each with seven.

Up next, Georgia Tech plays its first road game of the season, visiting Notre Dame on Sunday for a 2 p.m. tip on the ACC Network Extra. 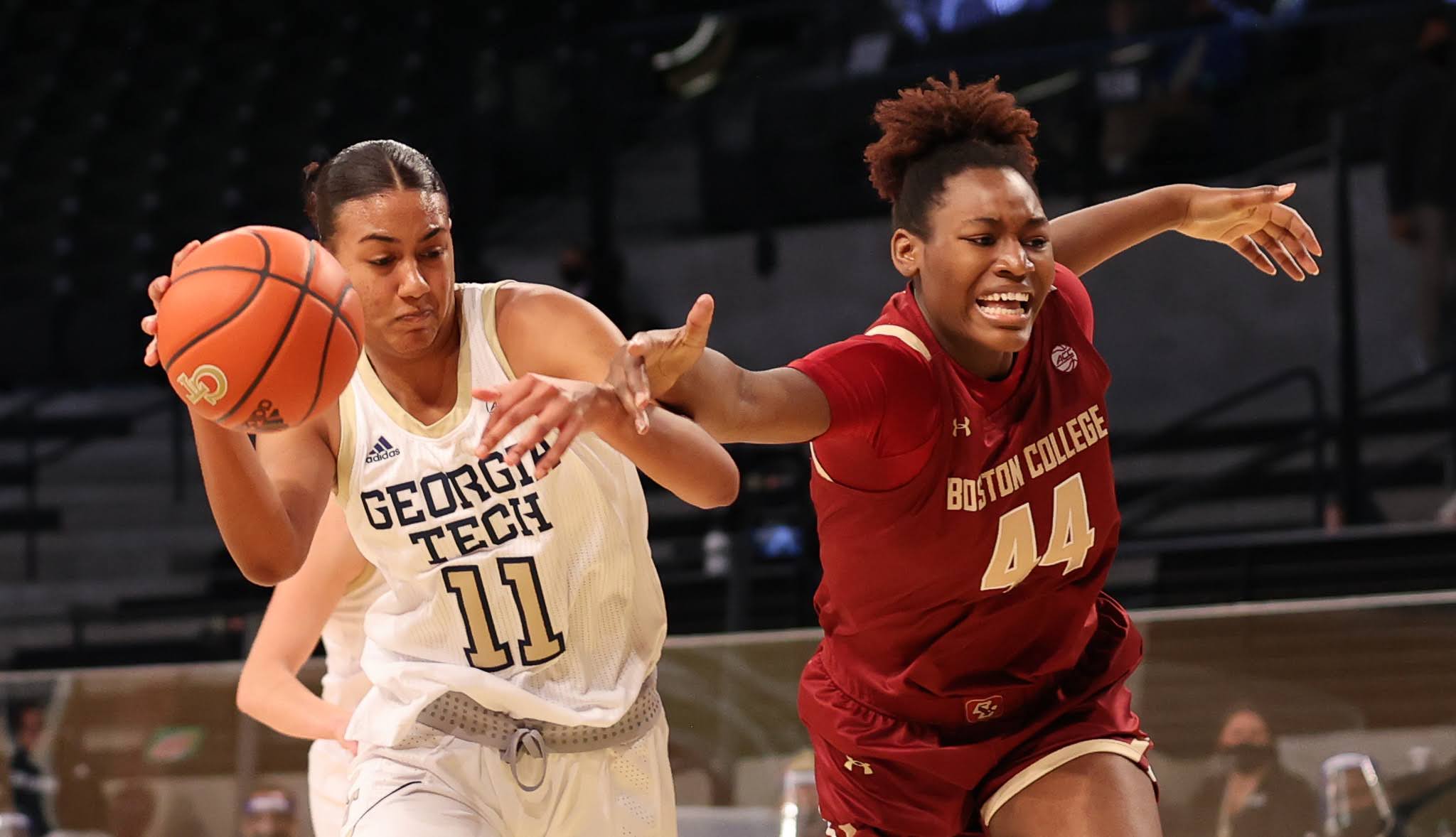