THE FLATS – Georgia Tech senior Joonas Koski (men’s swimming and diving) and junior Bria Matthews (women’s track & field) have been named the 2020 Peach of an Athlete Top Male and Female Athletes by the Atlanta Area Council and Boy Scouts of America. Receiving the highest collegiate honor by the organization, the Yellow Jackets will be recognized at the 36th Annual Peach of an Athlete Role Model Banquet on March 17 at the College Football Hall of Fame.

Each year, the Atlanta Area Council and Boy Scouts of America honor student-athletes from the state of Georgia or a college or university in Georgia, who have distinguished themselves by their character, scholastic achievement, academic excellence and community service – characteristics taught every day in the Scouting program. Each year, 10 collegiate student-athletes are recognized as nominees for the award with two receiving the highest honor of Top Female Athlete and Top Male Athlete.

Koski, who was also named a 2019 honoree of the award, has dedicated his collegiate career to making an impact both in and out of the pool. While being ranked in the top-10 in several Georgia Tech categories, the two-time team captain continues to serve the Atlanta community through various community service activities including the Kyle Pease Foundation, Egleston Children’s Hospital and Big Kid on Campus.

A Johns Creek, Ga., native, Koski was also a member of the GT athletics’ inaugural Jackets Without Borders service trip to Costa Rica in 2017 that built a sports court for a community in need. His community service has extended beyond US Borders having also participated with Volunteers Around the World with a dental outreach trip to the Dominican Republic. An Everyday Champion also in the classroom, the biology major has been named to the Georgia Tech Dean’s List five times, the ACC Academic Honor Roll and is a CSCAA Scholar All-American Honorable Mention. 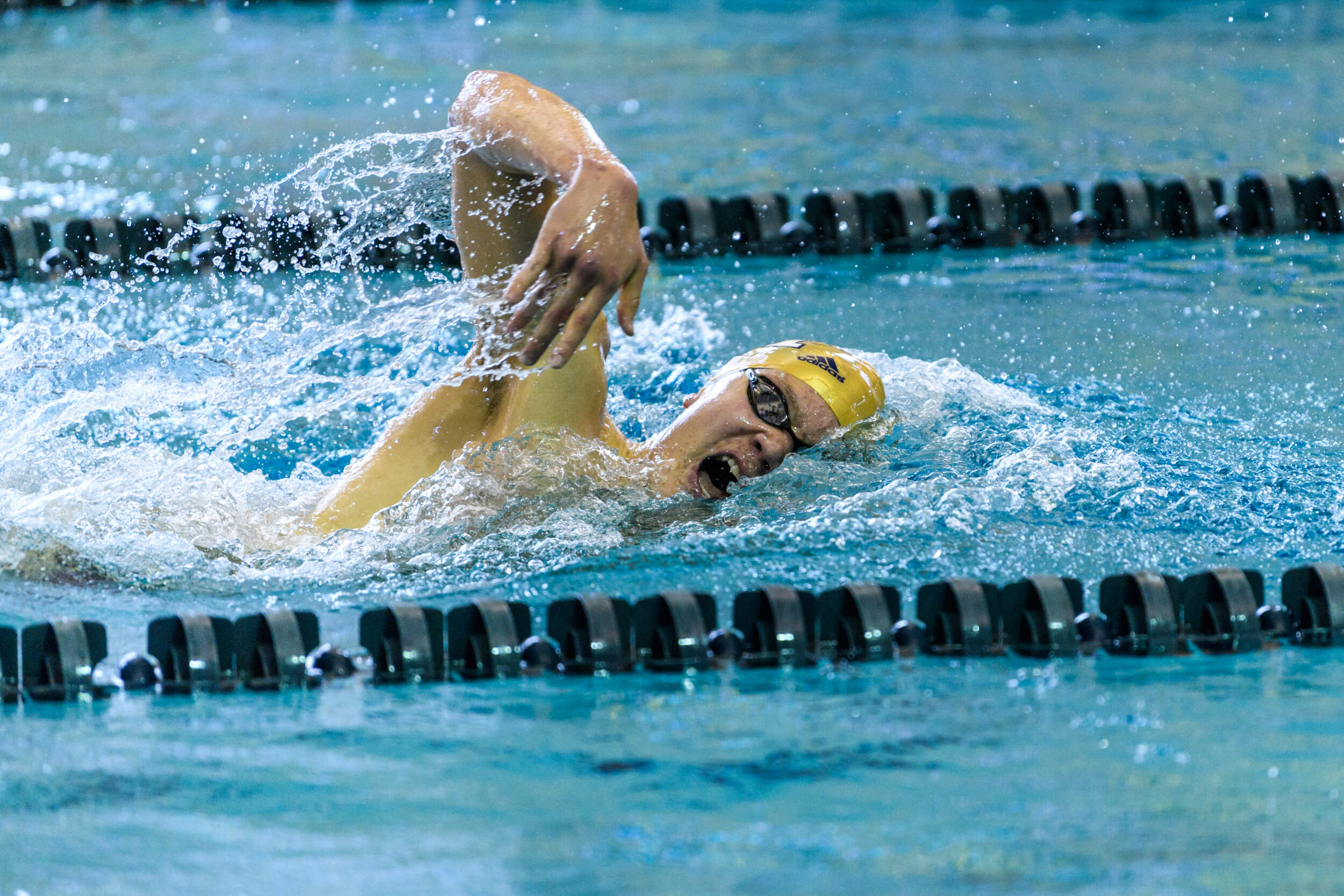 Matthews, who was named the 2020 Peach of an Athlete Top Female Award winner, has overcome adversity in her collegiate career while continuing to serve others. An all-American and five-time ACC Champion in the triple jump and long jump, Matthews was named the 2016 ACC Freshman of the Year before injury sidelined her for nearly two years.

During her time away from the track, Matthews took part in the inaugural Jackets Without Borders service trip to Costa Rica where the Yellow Jackets built a sports court for a local community. She was also a member of the Haiti RELAY which designed a portable solar-powered battery that she helped deliver to local families in Haiti. When she returned to competition, Matthews came back strong and gold medaled in the 2019 ACC Indoor and Outdoor Championships. An academic all-America, Matthews has also received All-ACC Academic honors.

For more information on the Peach of an Athlete Role Model Banquet, please click here. 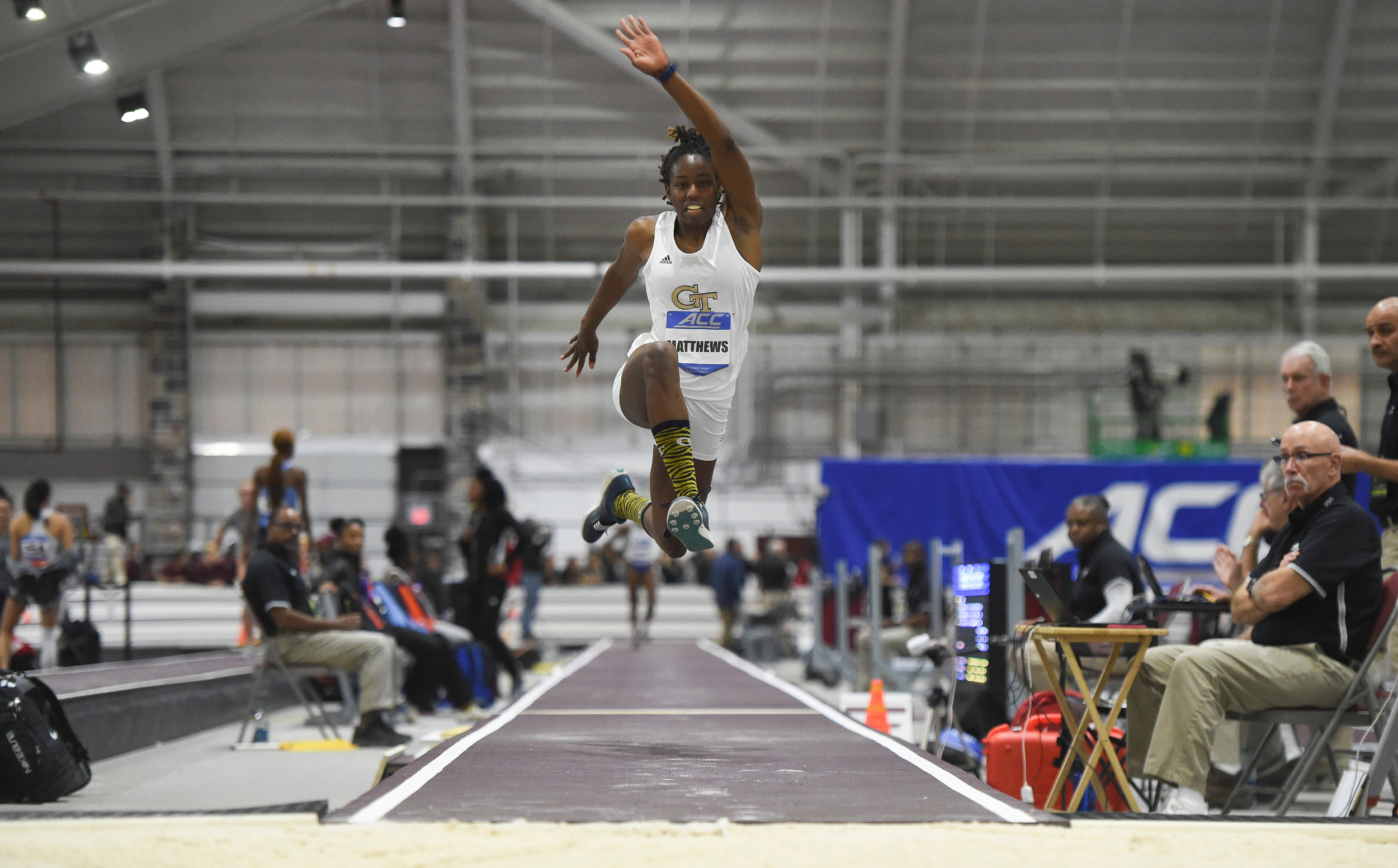 About Peach of an Athlete Award
For over 30 years, the Peach of an Athlete Awards Banquet honors athletes and community leaders that hold the same values as Scouting and benefits the programs of Atlanta Area Council and Boy Scouts of America. The Scouting organization takes great pride in recognizing those who serve as good “Role Models for Youth.”