An Atlanta native, Kimbrough earned a master’s degree in operations research from Georgia Tech in 1998. He attended the U.S. Military Academy in West Point, N.Y. as an undergraduate, where he was four-year baseball student-athlete and team captain for the Black Knights as a senior in 1989. As a member of the U.S. Army, he served as a helicopter pilot in the first Gulf War (Operation Desert Storm) in 1991 and later served as a professor at West Point.

Kimbrough joined NASA in 2000 and completed his first space flight in 2008. In 2016, he returned to space as part of Expedition 49/50 to the International Space Station, serving as Commander of the ISS for nearly six months. During his first ISS expedition, he sent a good luck message to Georgia Tech football prior to its game versus Virginia in 2016 and also proudly displayed a “Give ‘Em Hell Tech” flag from the Ramblin’ Wreck at the ISS, which he officially returned to the Institute during an on-field ceremony at halftime of Tech football’s 2017 contest versus Wake Forest.

In July, NASA announced that Kimbrough will return to the ISS as part of SpaceX Crew-2, serving as spacecraft commander. The Crew-2 astronauts are targeted to launch in the spring and expected to remain aboard the ISS for approximately six months. 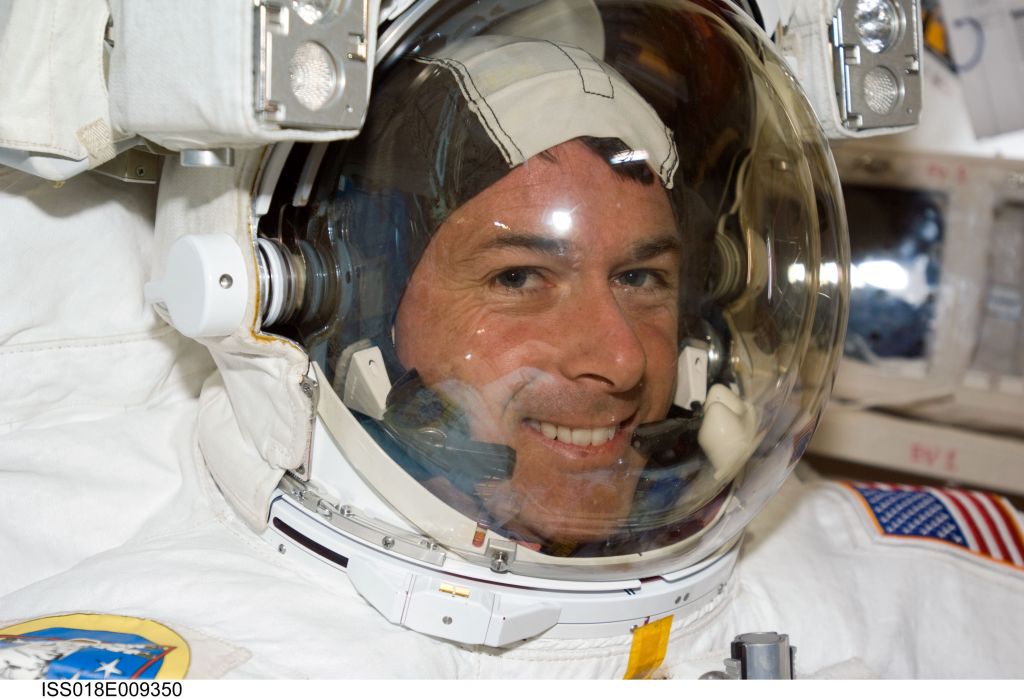 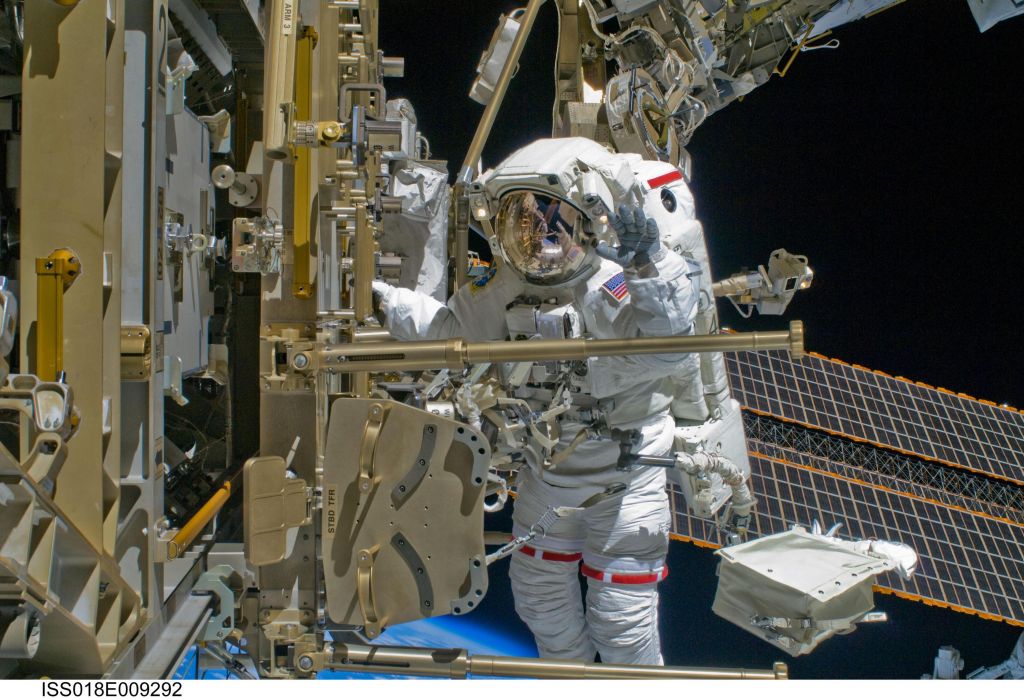 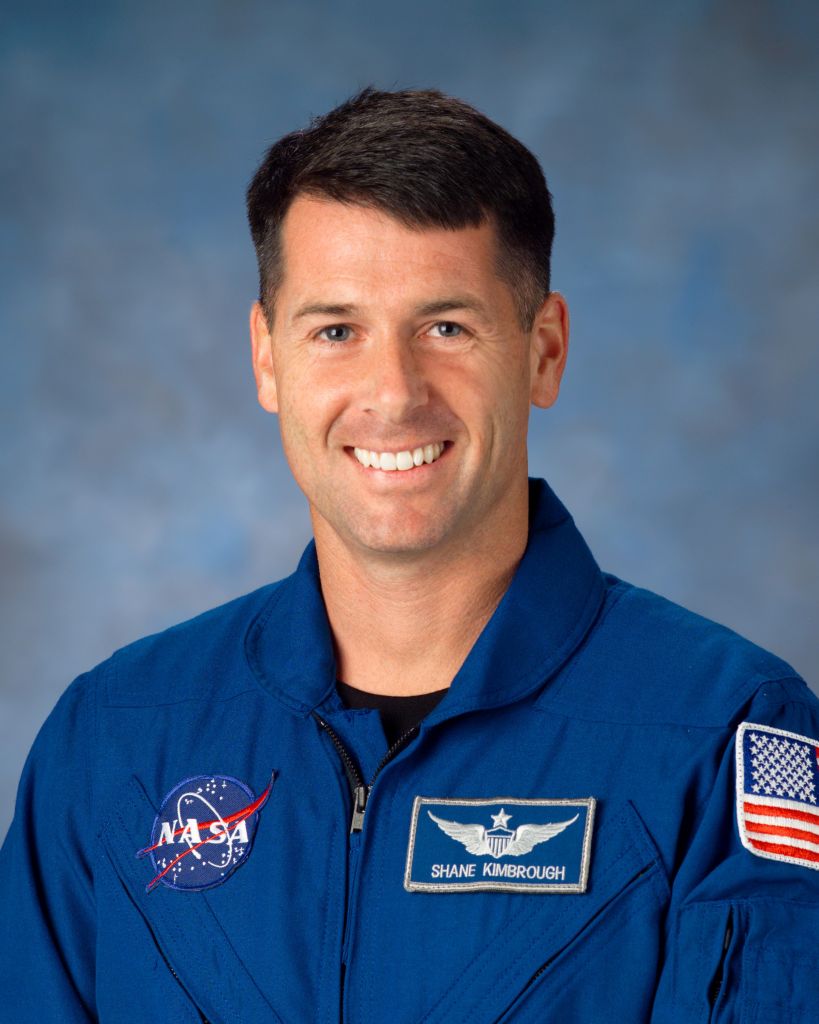 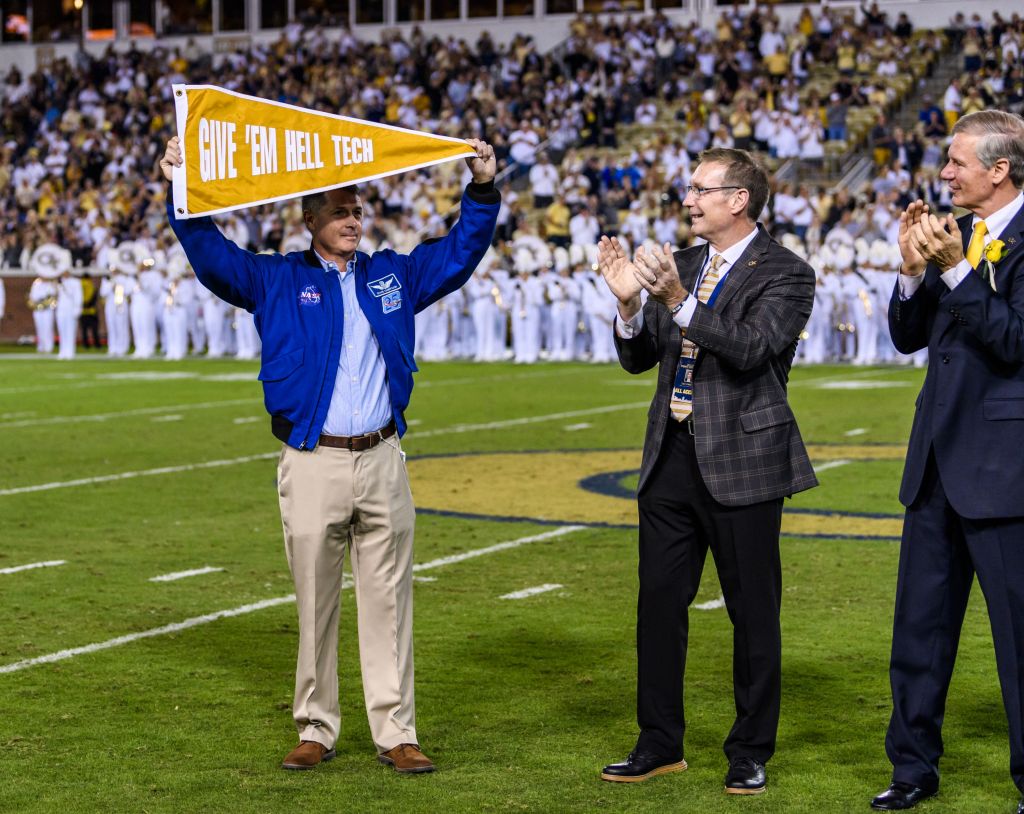 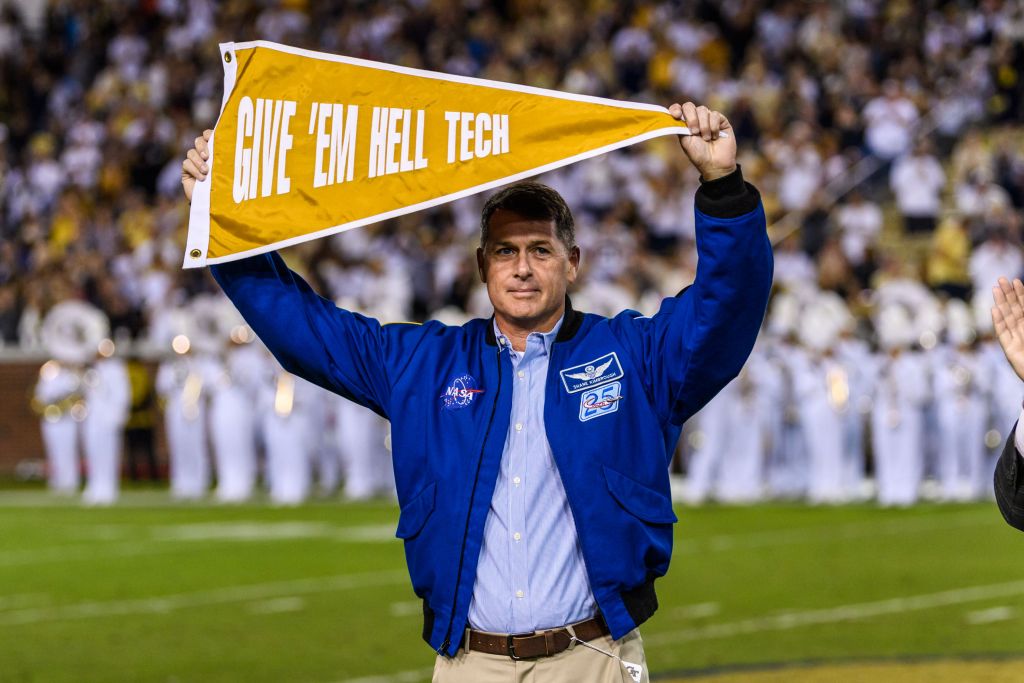 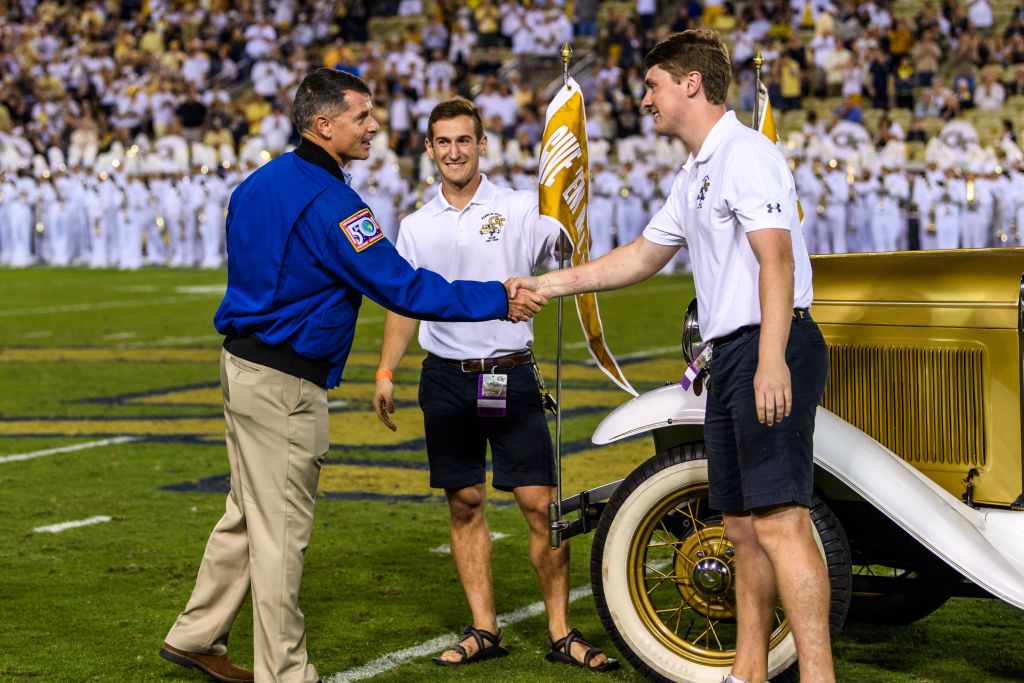 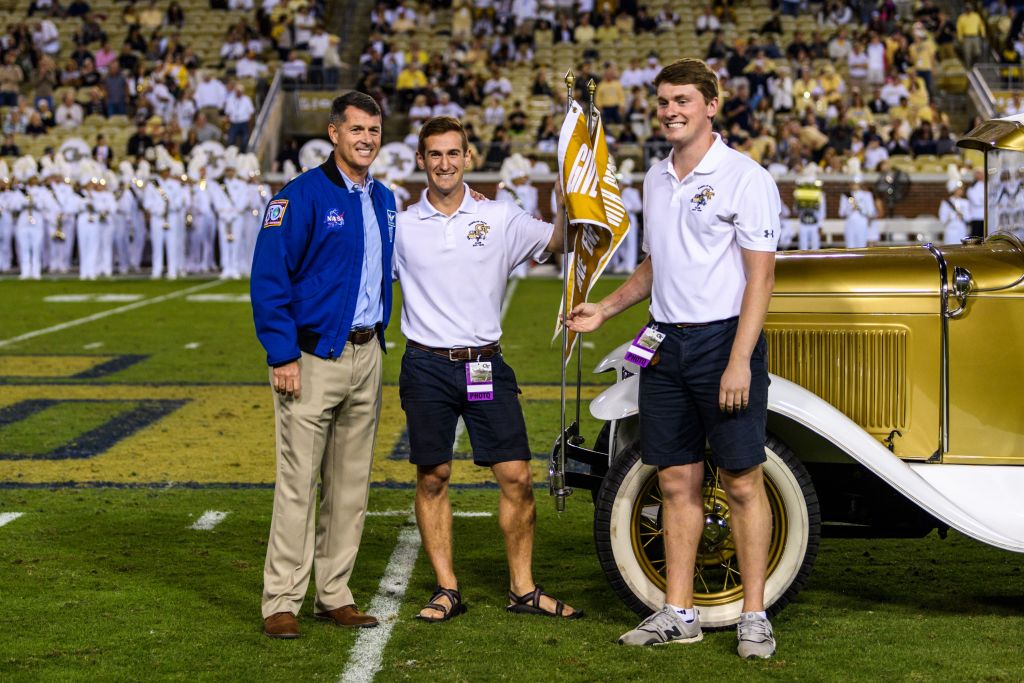 In addition to his letterwinner’s jacket, Kimbrough was also presented with a number of Yellow Jackets apparel items that he may be able to take to the ISS, space permitting, including a customized Georgia Tech baseball jersey (bearing his own collegiate jersey number, No. 22) and a pair of official GT/adidas football gloves.