THE FLATS – Georgia Tech football’s first two games of the 2020 season – Sept. 12 at Florida State and Sept. 19 at home vs. UCF – will be both be nationally televised and kick off at 3:30 p.m. The season opener at FSU will air nationally on ABC and the home opener vs. UCF will be carried on ESPN. 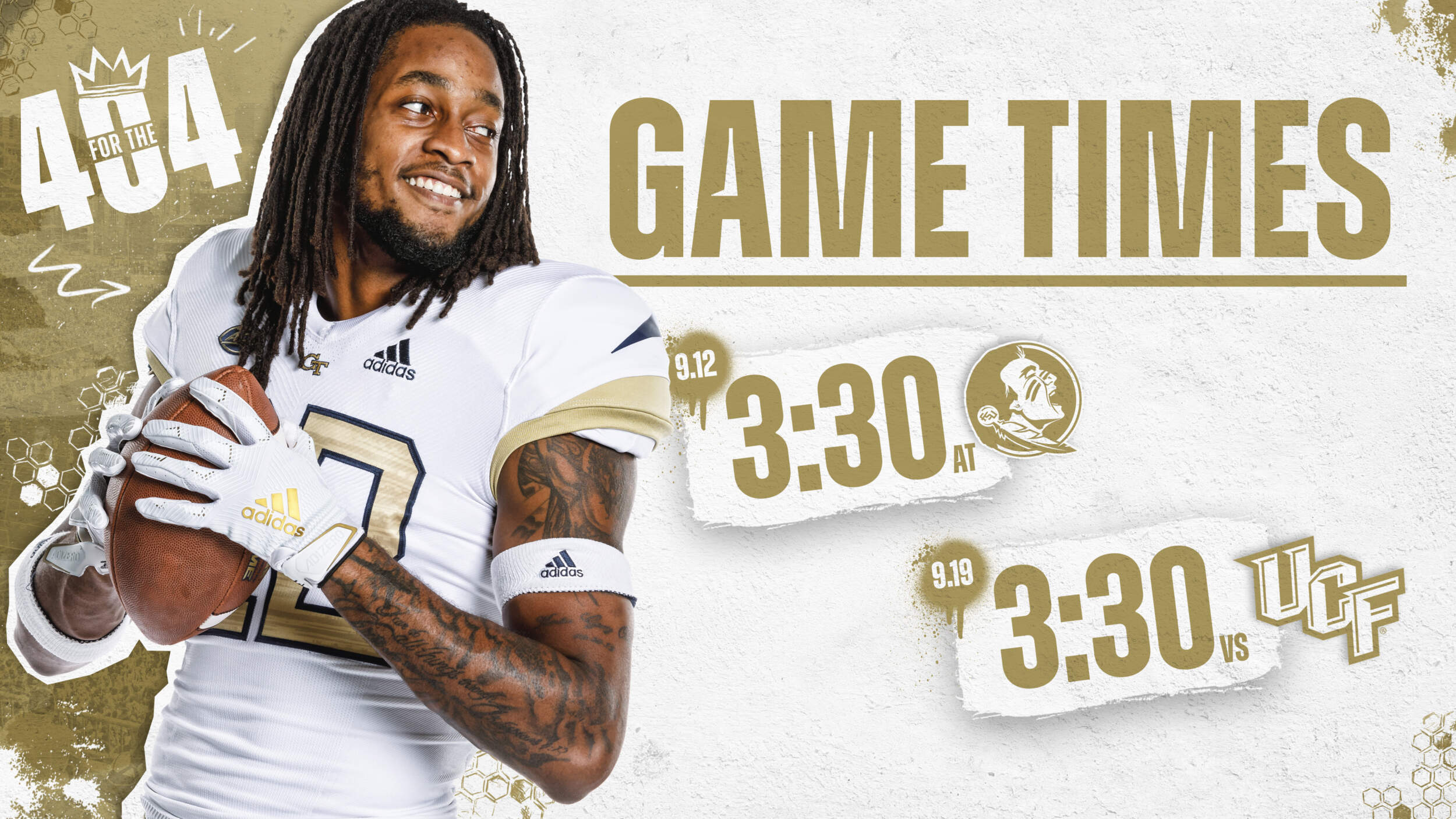 The Sept. 12 opener at Florida State will be the first Georgia Tech season opener to be broadcast on network TV since the Yellow Jackets’ 33-3 victory at Notre Dame to open the 2007 campaign (Sept. 1, 2007).

In addition to announcing game times and TV designations for the first two games of the season, the Atlantic Coast Conference also announced on Tuesday that Georgia Tech’s home game vs. Louisville on Friday, Oct. 9 will kick off at 7 p.m. and be televised nationally on ESPN.